Bob Rice’s band had about 150 teens singing and clapping at St. Cyril Church, and his message about the love of God for everyone had them thinking. See our photo gallery from the Jan. 24 event in Jamison, and read the full story here. (Photos by Sarah Webb) 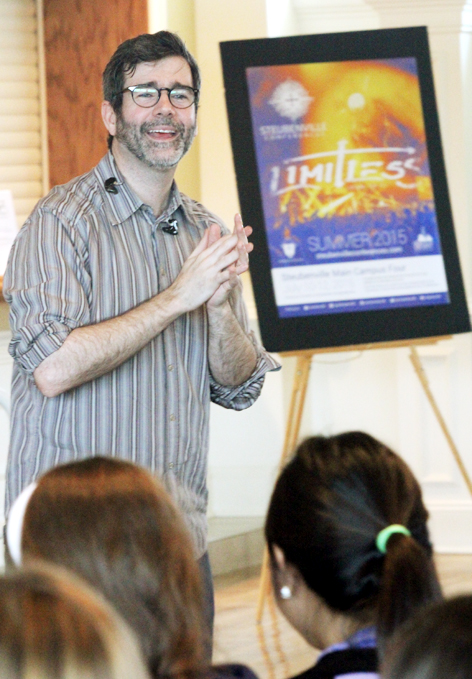 Bob Rice presented two talks to the teenagers: “You are Very Good” and “The Greatest Story Ever Told.” 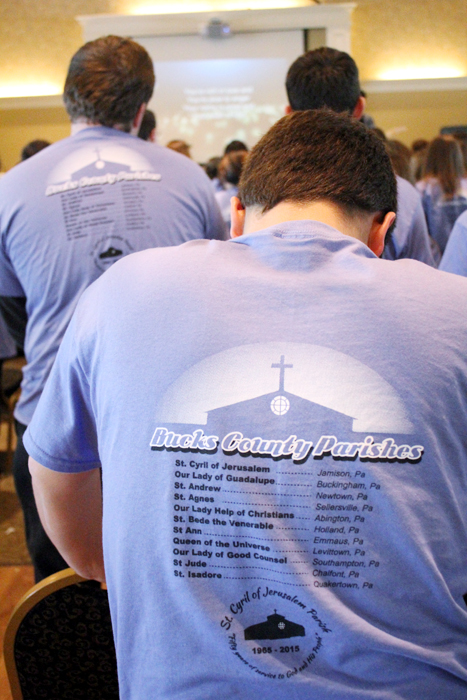 Participants had time to pray, in addition to pondering the talks and singing to the Catholic worship music. 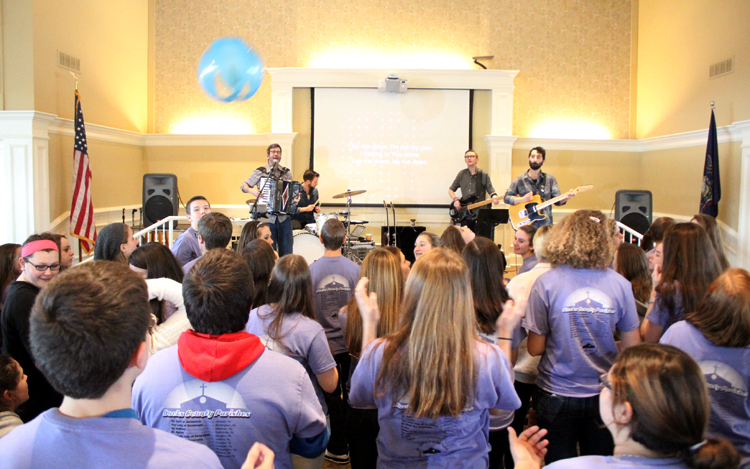 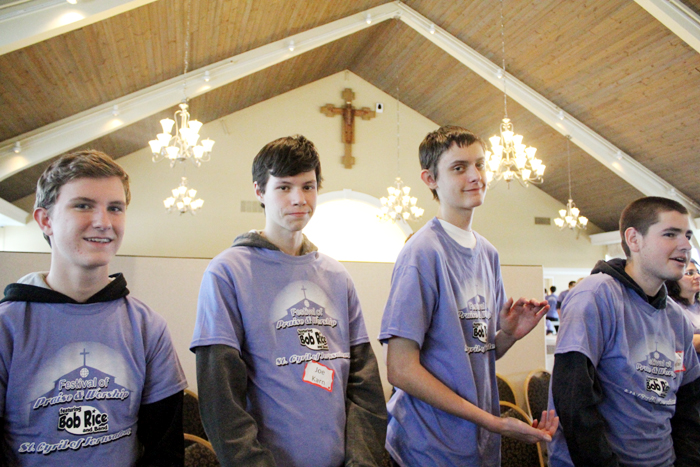 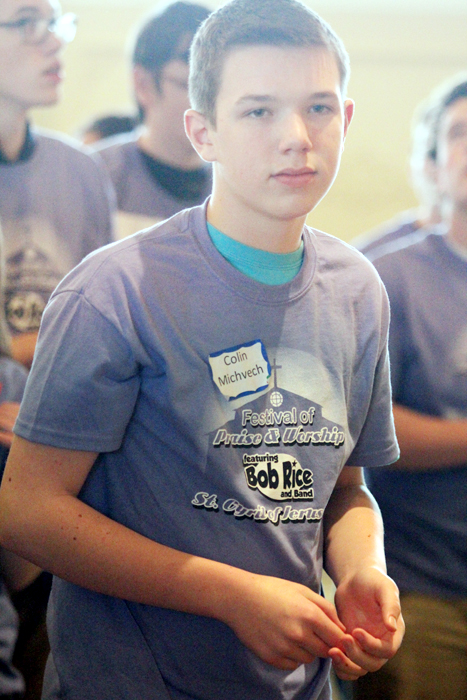 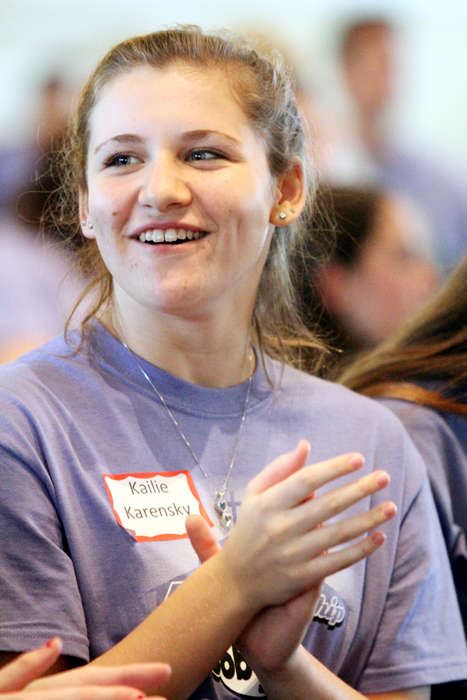 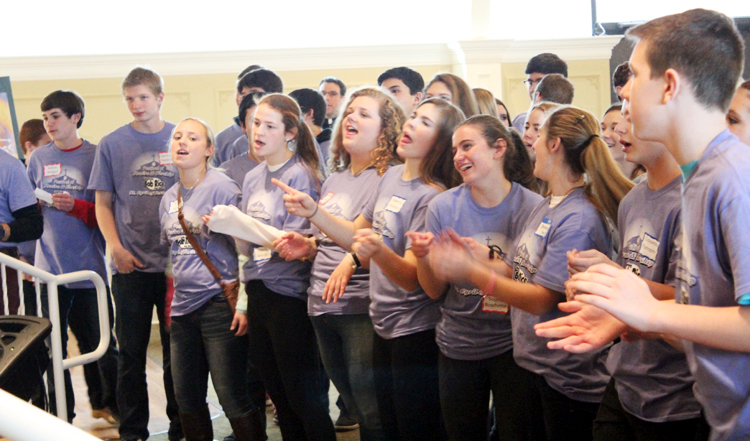 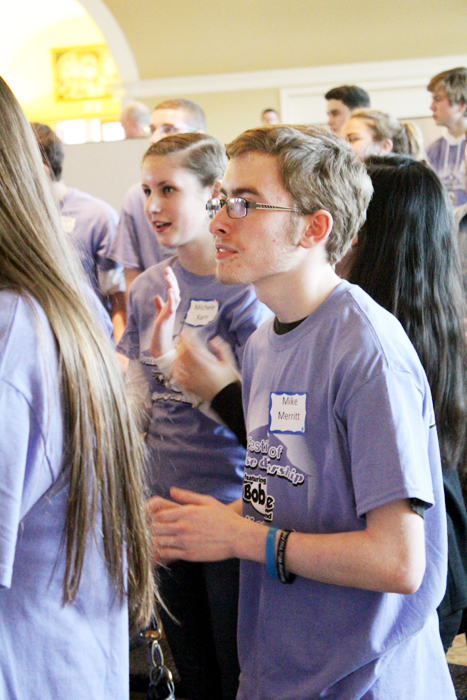 Mike Merritt enjoys the music along with other students in grades eight to 12 at St. Cyril’s. 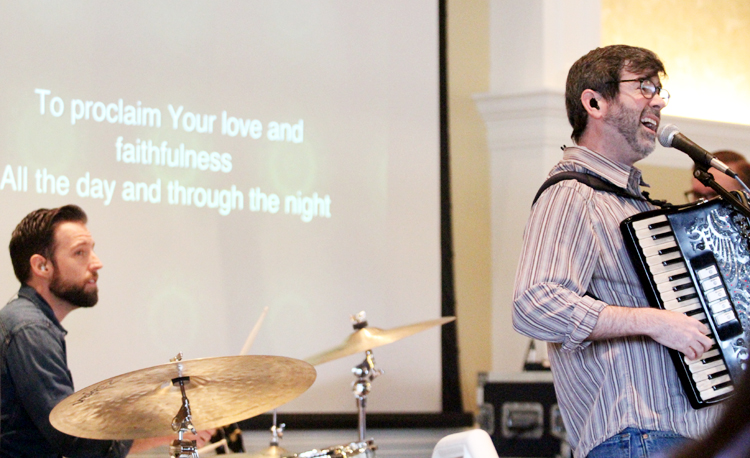 Peter Wilson (left) keeps the beat on drums as Bob Rice belts out a tune. 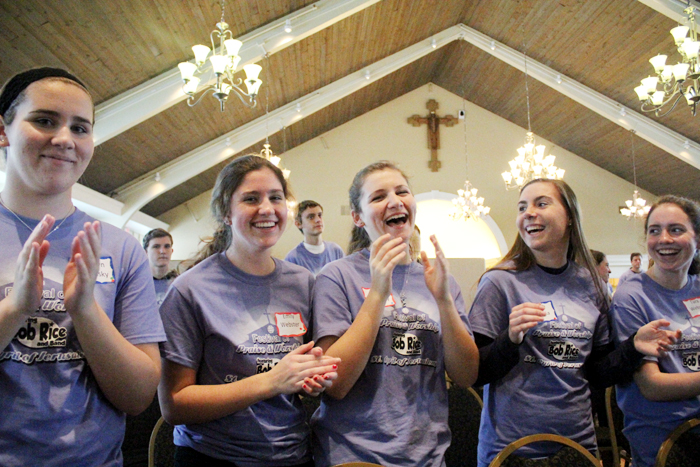 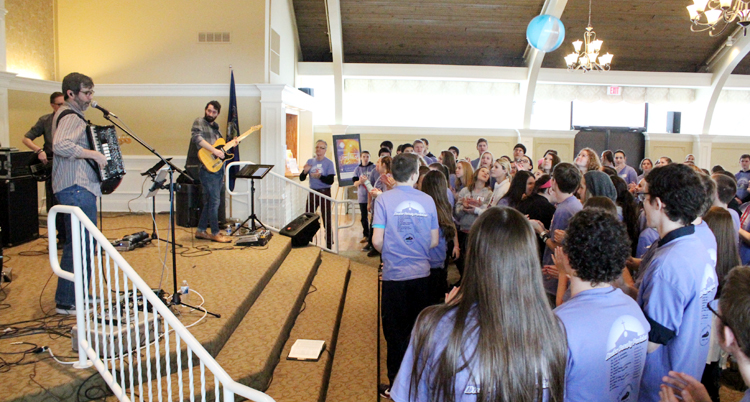 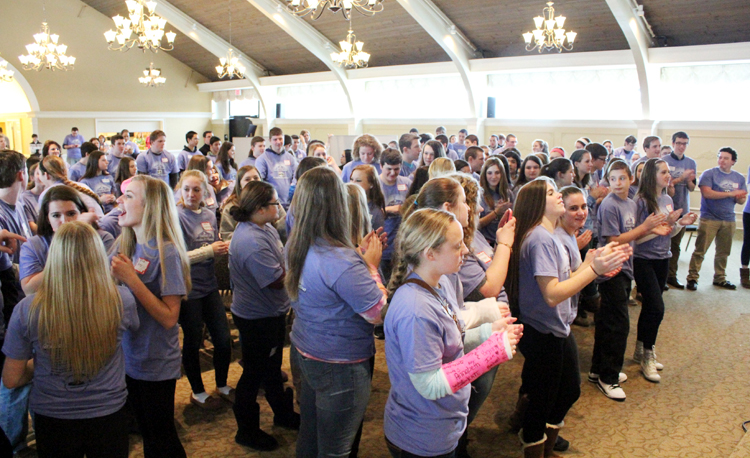 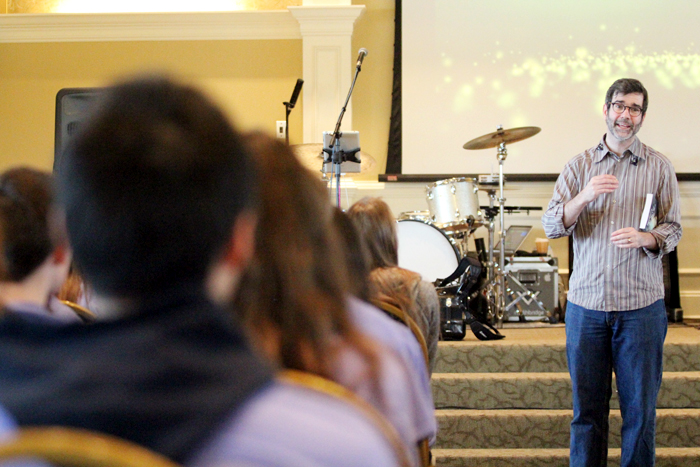 NEXT: Across the Aisles: St. Cornelius, Chadds Ford