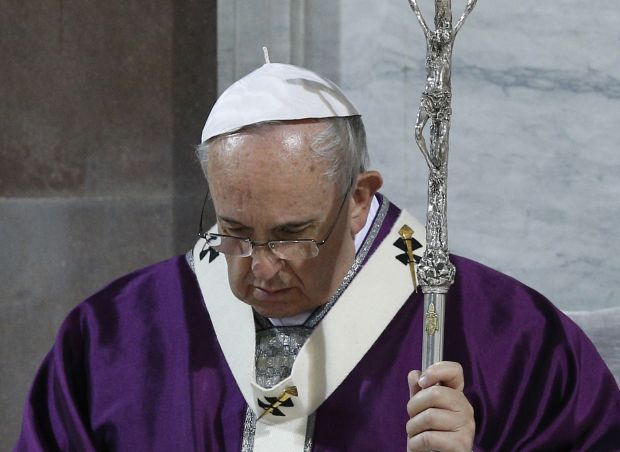 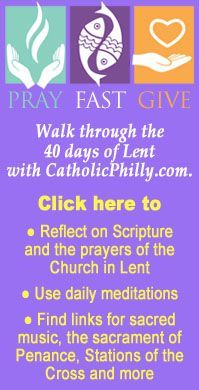 VATICAN CITY (CNS) — Real fasting isn’t just restricting food choices, it must also include cleansing the heart of all selfishness and making room in one’s life for those in need and those who have sinned and need healing, Pope Francis said.

Faith without concrete acts of charity is not only hypocritical, “it is dead; what good is it?” he said, criticizing those who hide behind a veil of piety while unjustly treating others, such as denying workers fair wages, a pension and health care.

Being generous toward the church, but selfish and unjust toward others “is a very serious sin: It is using God to cover up injustice,” he said Feb. 20 during his homily in a morning Mass celebrated in the chapel of the Domus Sanctae Marthae, where he lives.

The pope’s homily was based on the day’s reading from the Book of Isaiah in which God tells his people he does not care for those who observe penance passively — bowed “like a reed,” lying quietly in a “sackcloth and ashes.”

Instead, God says he desires to see his people crying out “full-throated and unsparingly” against injustice and sin, “setting free the oppressed, breaking every yoke; sharing your bread with the hungry, sheltering the oppressed and the homeless.” In the reading, God also points out the hypocrisy of the faithful who fast, but treat their workers badly and fight and quarrel with others.

Pope Francis said Lent is about fulfilling all commandments both toward God and others, according to reports from Vatican Radio and the Vatican newspaper.

Lent is not about the formal observance of “doing a little whatever” and not eating meat on Fridays, while giving oneself free reign to “grow in selfishness, exploit others and ignore the poor,” he said.

There might be someone who thinks, “Today is Friday, I can’t eat meat, but I’m going to have a nice plate of seafood, a real banquet,” which, while appearing to be an abstinence from meat, is the sin of gluttony, the pope said.

Another person might say: “I am a great Catholic, Father, I like it a lot. I always go to Mass every Sunday, I receive Communion,” to which, the pope said he would reply, “Great, and how is your relationship with your workers? Do you pay them under the table? Do you give them a fair wage? Do you contribute toward their pension? To their health insurance and social services?”

Some people may regularly make financial contributions to the church, but, the pope asked, how generous are they toward their loved ones and their dependents? Are they generous and just to them, too, he asked.

People cannot “make offerings to the church on the back of injustice,” he said. “It is not a good Christian who doesn’t do justice to the people who depend on him” and who does not “deprive himself of something essential for him in order to give it to another who is in need.”

“This is the distinction between formal and real,” he said, which Jesus underlined, too, when he condemned the Pharisees and doctors of the law, who adhered to “many external observances but without the truth of the heart.”

Unfortunately, he said, many “men and women have faith but they separate the tablets of law,” that is, they obey the first commandments and obligations to God while ignoring or being selective about the rest of the commandments concerning others.

“They are united: love toward God and love to your neighbor are one, and if you want to practice real, not formal, penance, you have to do it before God and also with your brother and sister, your neighbor,” he said.

The pope asked that during Lent people think about what they can do for people who are in very difficult situations, for example, to help “children and the elderly who don’t have the possibility of being seen by a doctor.”

Perhaps they have to wait “eight hours to be seen and then they give them an appointment for the week after,” he said.

He also asked people to make room in their hearts for those who have sinned, those who “have made mistakes and are in jail.”

To those who may protest about associating with people who have been imprisoned, the pope said, “He is in jail, but you — if you are not in jail, it is because the Lord helped you to not fall.” Pray for them, he said, so that the Lord may help them turn their lives around.