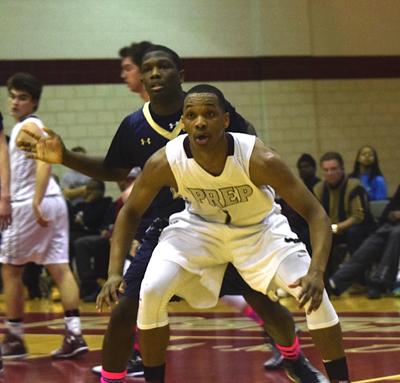 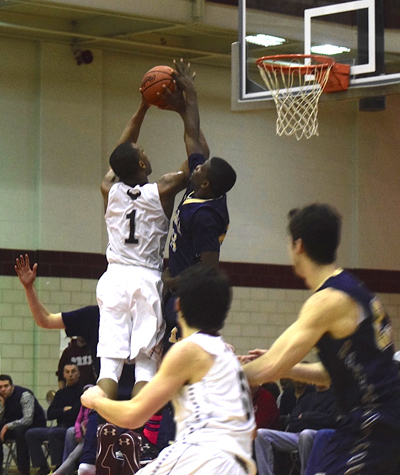 Despite this blocked shot attempt, the Prep’s Chris Clover (no. 1) poured in a career-high 37 points in his team’s win over La Salle. (Francis J. Raffa)

Friday, Feb. 13 marks a special opportunity for eight boys’ Catholic League basketball teams. The playoffs are underway, and a victory in today’s quarterfinals will assure playing in the league semifinals at the Palestra on Feb. 18 and, perhaps, the title match five days later.

That win cost Roman the regular-season championship, with Neumann-Goretti taking the honors instead. Ironically, Wood will again meet Roman Catholic tonight (7 p.m. at Philadelphia University), with the stakes being obviously much higher.

That latter contest comes five days after an absolute classic, with the Prep surviving a 79-74 win over visiting La Salle in three riveting overtime periods, leading legendary Prep coach Speedy Morris to label it one of his all-time most memorable moments.

NEXT: In Catholic League semis, getting a big lead is a time to worry