In Catholic League semis, getting a big lead is a time to worry 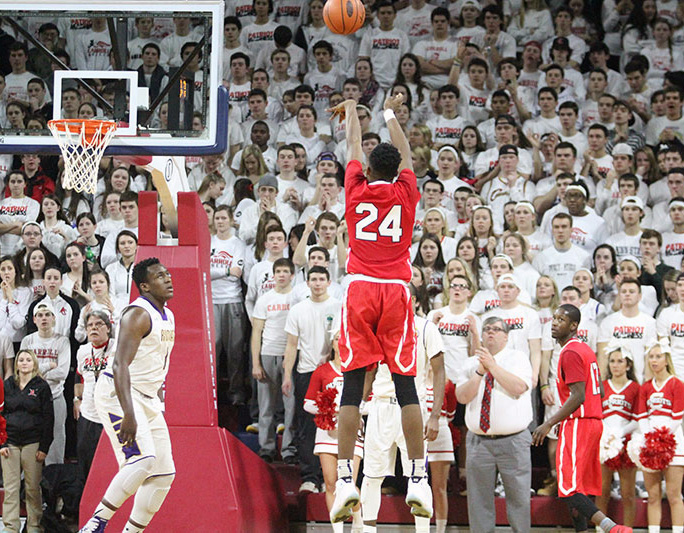 Call it what you will, but the Catholic League boys’ basketball semifinals Wednesday night at the Palestra will easily go down as one of the most memorable doubleheaders in league history. (See a photo gallery.)

“You never know what will happen, so that’s why you play the games,” said Neumann-Goretti coach Carl Arrigale. “This time of the year, nothing comes easy.”

Arrigale and his Neumann-Goretti Saints had just eked past La Salle, 70-65. This was a game that hung in the balance until a 19-4 run gave N-G a seemingly insurmountable 55-40 lead with 6:24 left in regulation. But if there is one thing that Neumann-Goretti has often struggled with during its monarchical run of six consecutive Catholic League championships, it’s play smart with big leads.

This time was no different. Perhaps already thinking ahead to the championship final, the Saints got a tad lazy while the Explorers discovered a last dose of energy that ultimately trimmed their deficit to 66-64 with 56 seconds remaining. From that point, the Saints outscored the Explorers, 4-1, from the foul line, and a truly outstanding effort by La Salle, spearheaded by seniors Dave Krmpotich (22 points, 8 rebounds), Najee Walls (13 points), Shawn Witherspoon (7 points, 7 assists) and Dan Carr (10 points) wasn’t enough to push the fourth seeders past the top seed.

“Give them credit, they didn’t give up,” said N-G senior Lamar Kimble, whose 23 points were right behind sophomore teammate Quade Green (26 points; five of six three-point shots). “We could have made things easier on ourselves, but thankfully we got the job done.” 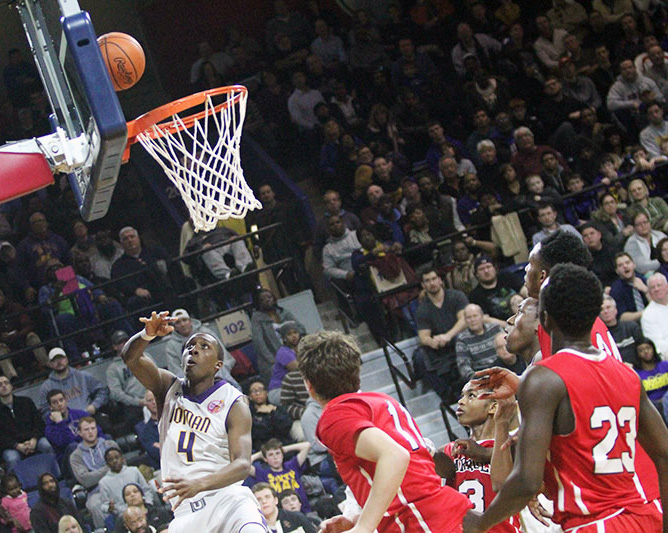 The Cahillites somehow dispatched Archbishop Carroll, 61-58, in the other league semifinal. The third-seeded Patriots seemed in complete control from the first quarter through most of the third. They led by scores of 12-3 and 16-4 before an 18-9 Roman run created a 25-22 Carroll halftime advantage.

Halfway through the third quarter, Carroll led, 41-30, and the Cahillites appeared deflated. But appearances apparently can be deceiving.

“We didn’t like where we were and of course I was concerned, but there was no sign of giving up,” said Roman Coach Chris McNesby. “If there’s one thing these guys have done throughout the year, it’s believe in themselves and remain focused.”

Two baskets apiece by junior Nazeer Bostick (15 points, 12 rebounds) and senior Manny Taylor (10 points) helped push the Cahillites to within 41-40 before a three-point swish by senior Derrick Jones (23 points, 13 rebounds) made it 44-40.

Then came a fourth quarter that resembled both a track meet and pick-up game. Athletic plays on offense were offset by crazy turnovers. Fouls were called left and right, leaving several players in danger of finding refuge on their respective team benches for the remainder of the evening.

Thanks to free throw woes (the Patriots missed six of their first 10 attempts from the line in the fourth quarter), the Cahillites tied the game at 44 and snared their first lead on a bucket by sophomore D’Andre Vilmar (10 points) with 5:15 left. The score was later tied at 50-50, and neither team ultimately maintained a lead larger than three points.

“We didn’t play good early but we stayed close enough to make big plays count in the end,” said Roman’s Tony Carr, whose 17 points and six assists do not do justice to how well he performed, especially in the second half. “We have another big one coming up. It won’t be easy.”

Which is what always seems to make Catholic League playoff games worth the price of admission.

NEXT: With league title win, it’s mission accomplished for Roman