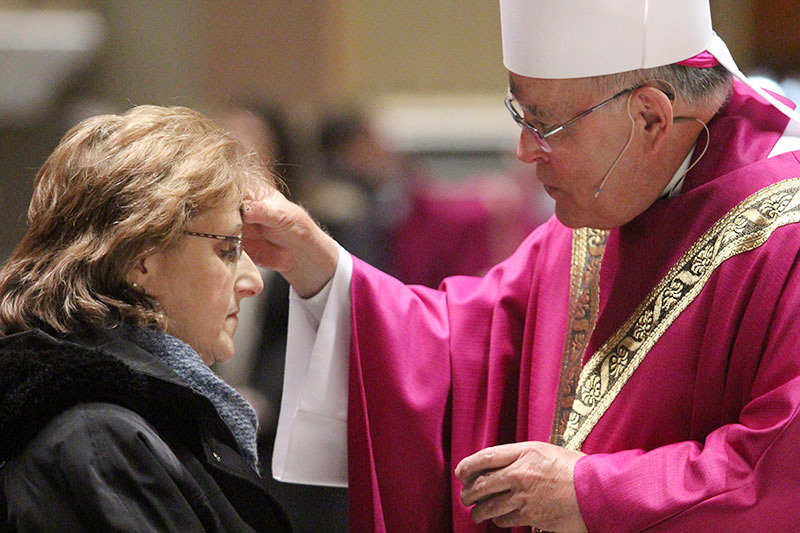 Archbishop Charles Chaput celebrated Mass for a packed congregation at the Cathedral Basilica of SS. Peter and Paul on Ash Wednesday, Feb. 18. He and auxiliary bishops, priests and deacons distributed ashes at the 12:05 p.m. Mass. Ashes were also distributed at the 7:15 a.m. and 12:35 and 5:30 p.m. Masses at the cathedral, and in the 219 parishes of the archdiocese. (Photos by Sarah Webb)

Ash Wednesday marked the beginning of Lent for Christians around the world. Pope Francis celebrated Mass  at a basilica in Rome and sisters distributed ashes to thousands of Catholic outdoors in Manila, Philippines. (Photos by Catholic News Service). 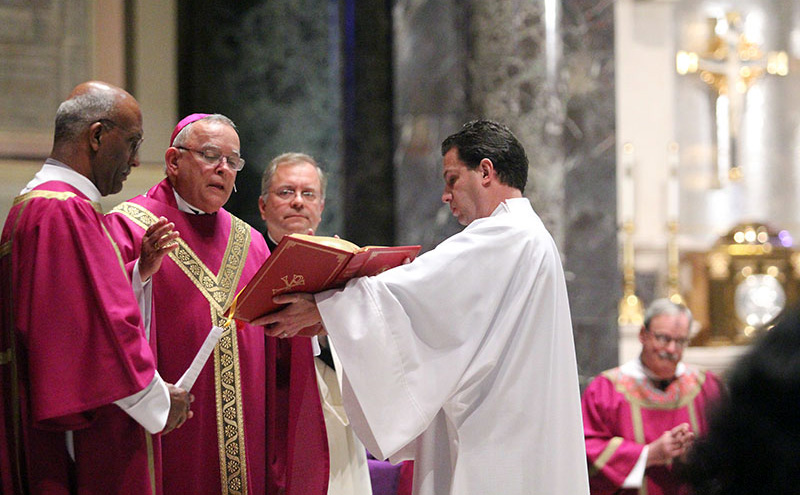 Archbishop Chaput prays the Collect prayer at the beginning of Mass. 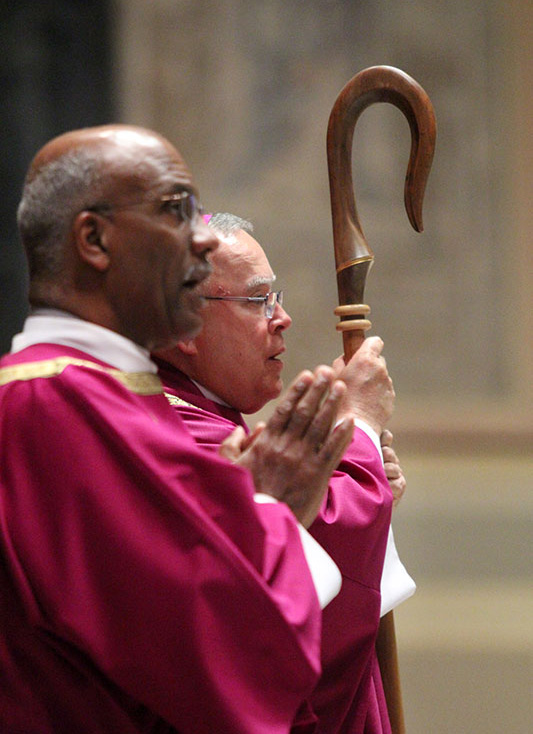 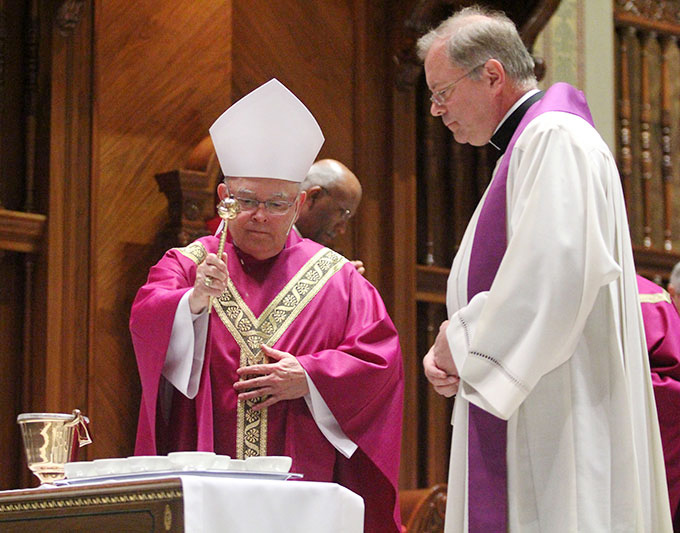 The archbishop blesses with holy water the cups of ashes to be distributed, as Father Dennis Gill, cathedral rector, assists. 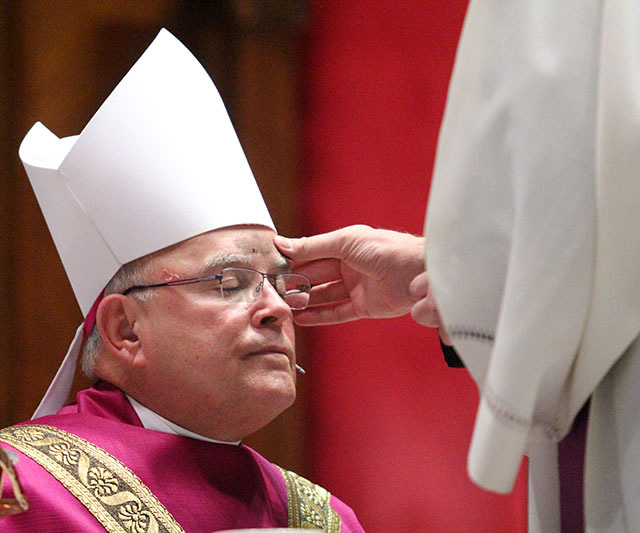 Father Dennis Gill makes the sign of the cross in ashes on the forehead of Archbishop Chaput, as he kneels. 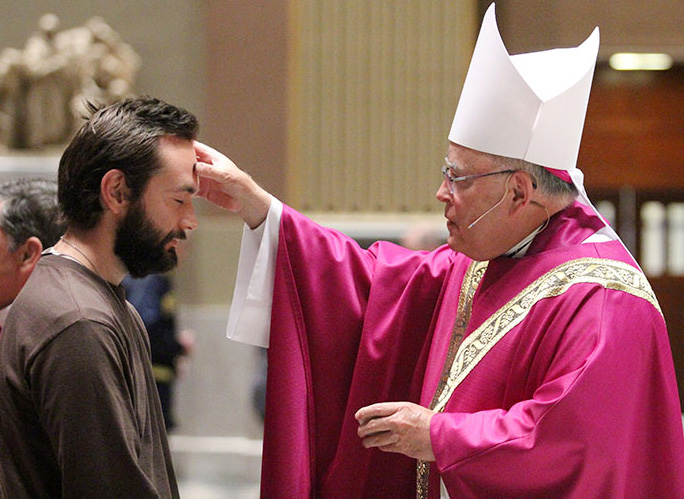 Archbishop Charles Chaput distributes ashes to Janis Malley of Our Lady of Lourdes Parish in Philadelphia, using the prayer formula, “Remember that you are dust and to dust you will return.” 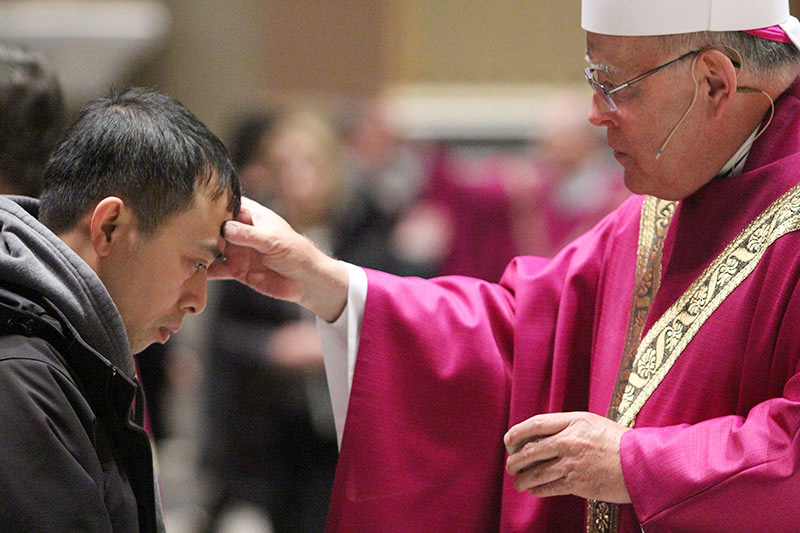 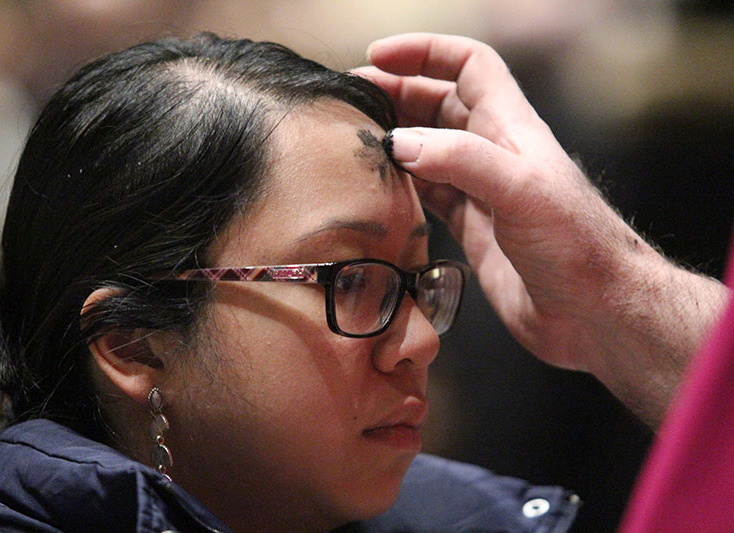 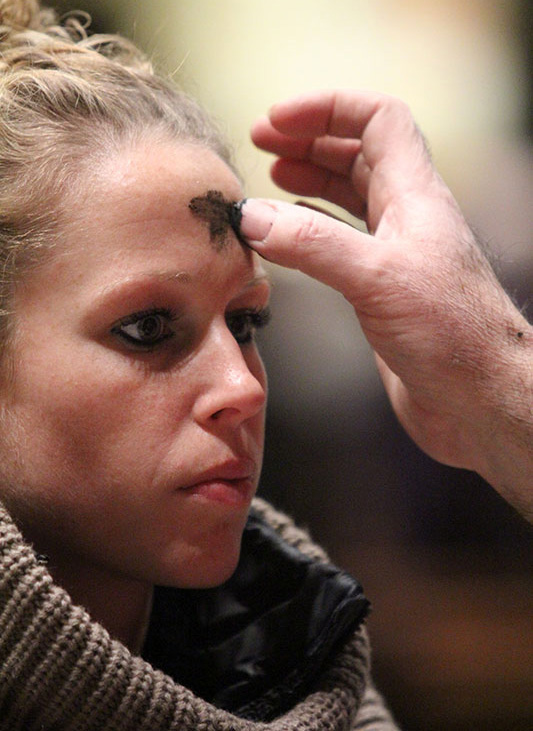 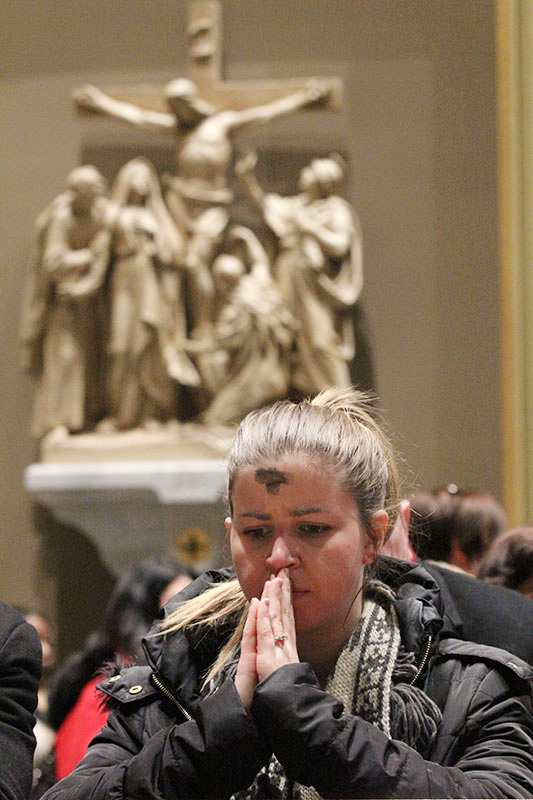 Heather Murphy, from St. Dominic Parish in Northeast Philadelphia, prays during Mass on Ash Wednesday, with an image of the cathedral’s stations of the cross in the background. 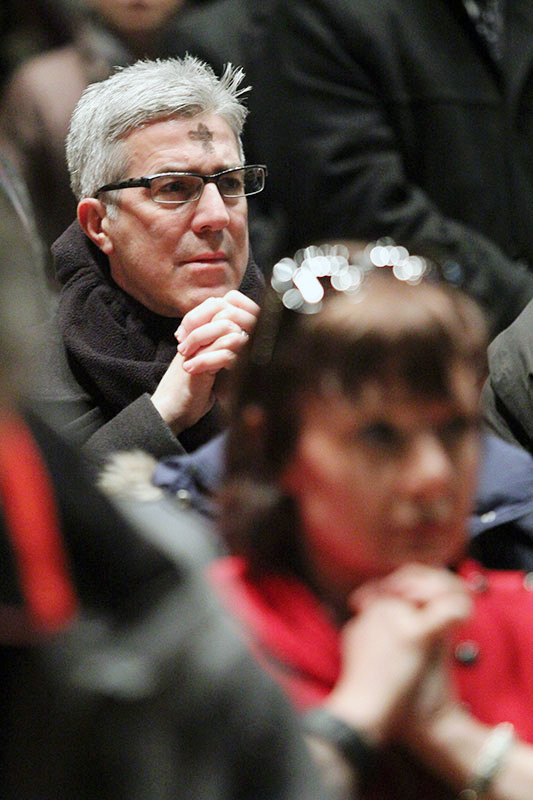 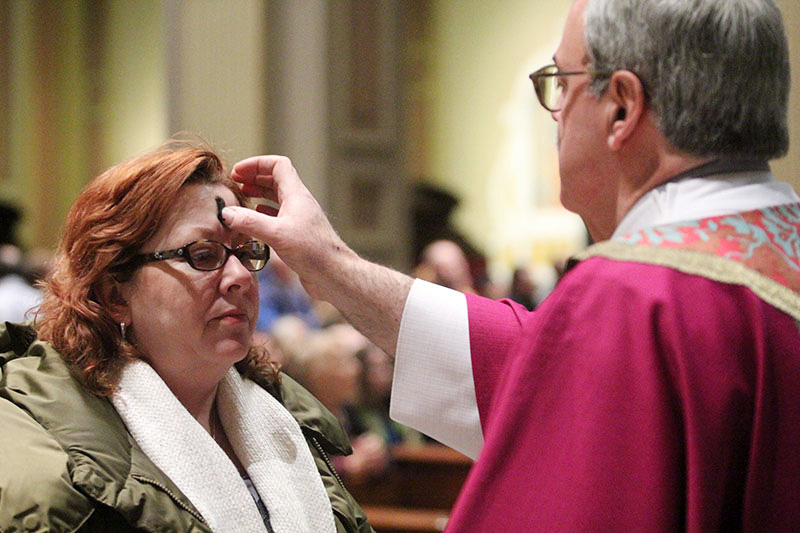 Monica Sweeney from Our Lady of Fatima in Secane receives ashes from Deacon Salvatore Bianco. An alternate prayer formula for the rite of distributing ashes is, “Repent, and believe in the Gospel.” 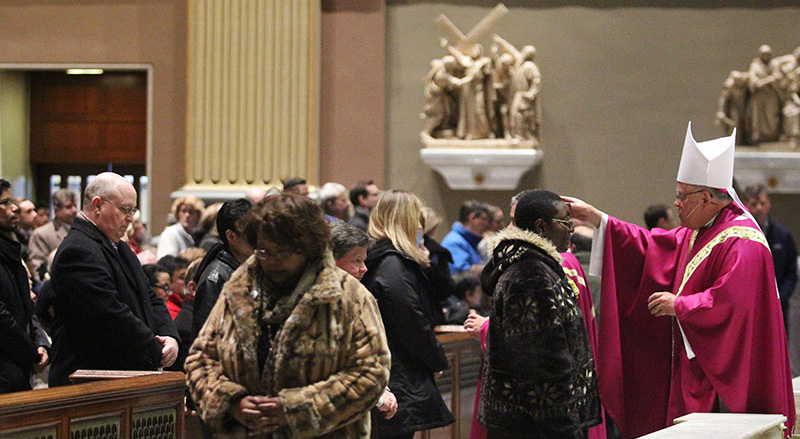 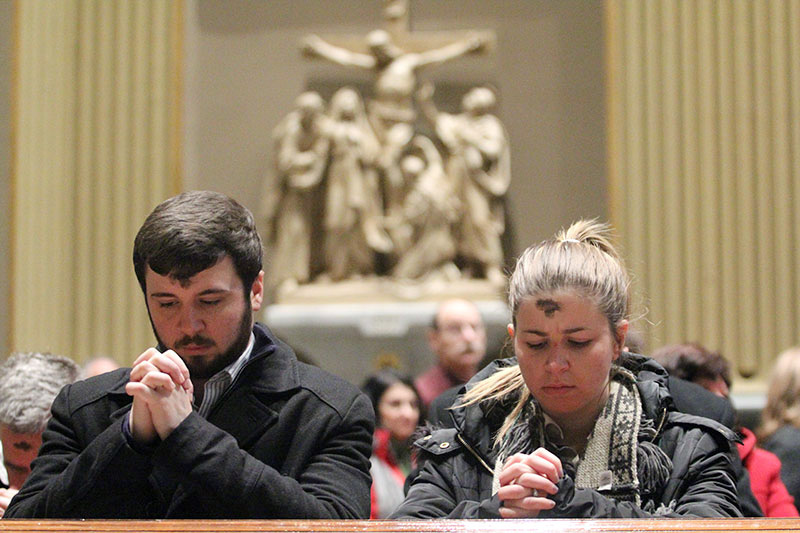 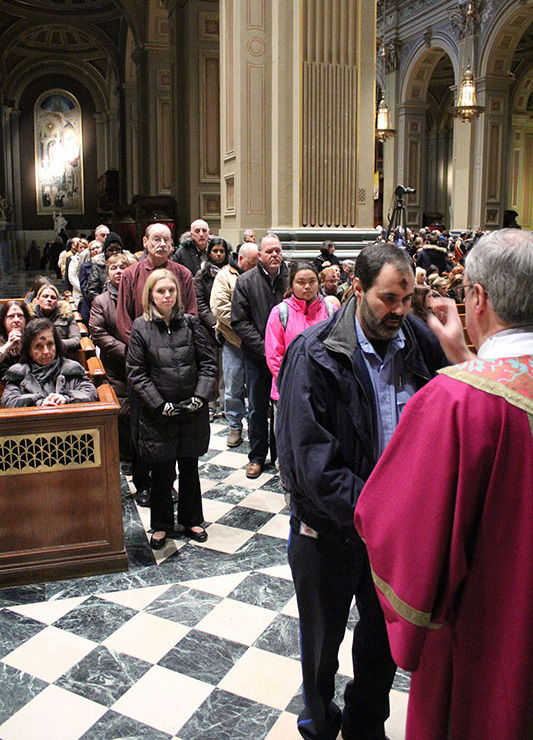 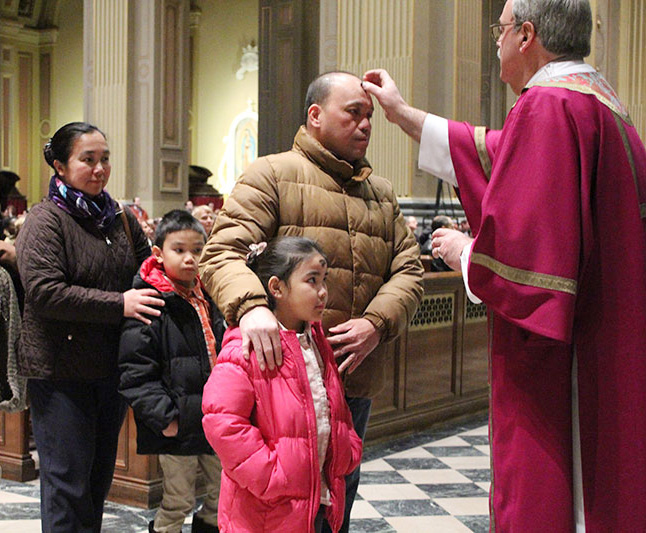 Deacon Bianco distributes ashes to Elpidio Deluna and his family, including daughter Shekinah (by his side), son Shiloh and wife Edith. They are members of Our Lady of Sorrows-St. Anthony Parish in Hamilton, N.J., part of the Diocese of Trenton. 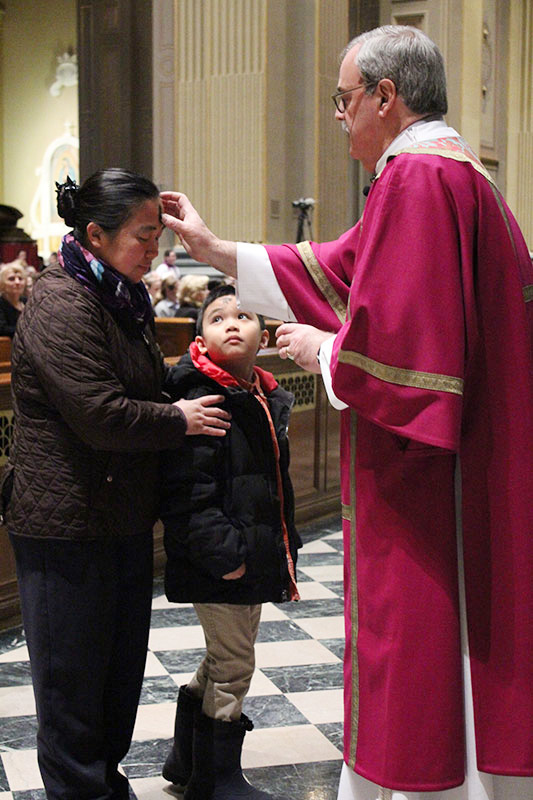 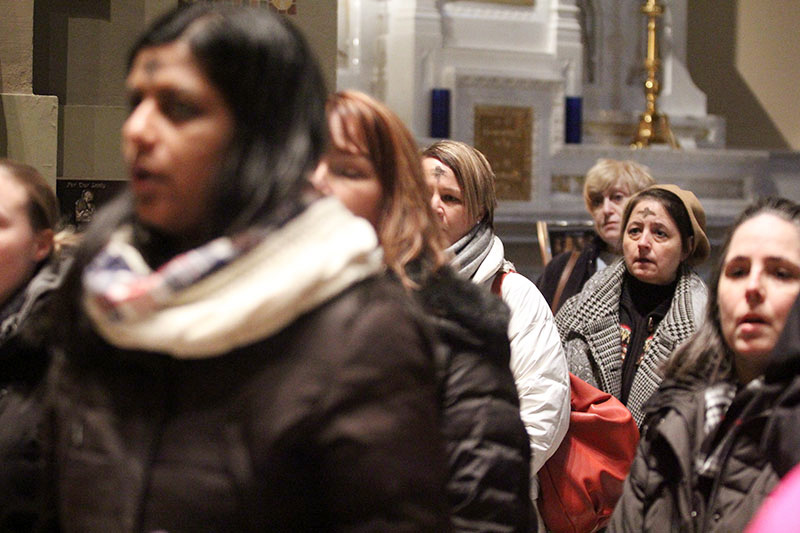 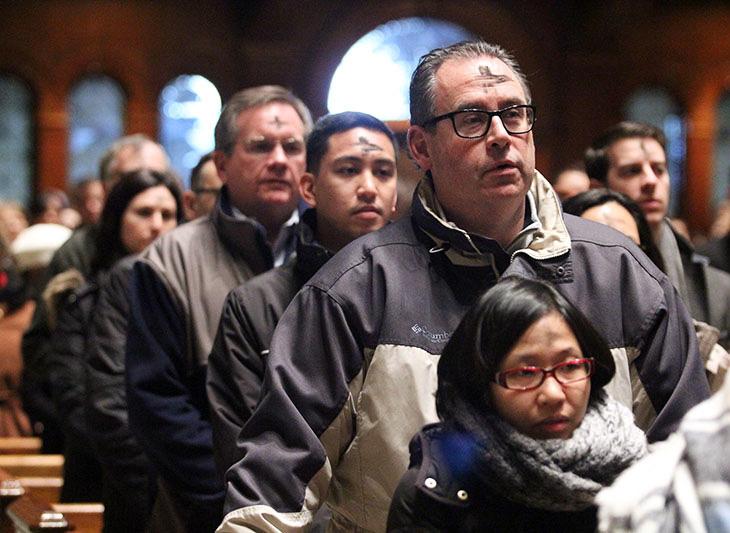 Ken Woodring from Our Lady Good Counsel Parish in Southampton prays with the congregation during Mass. 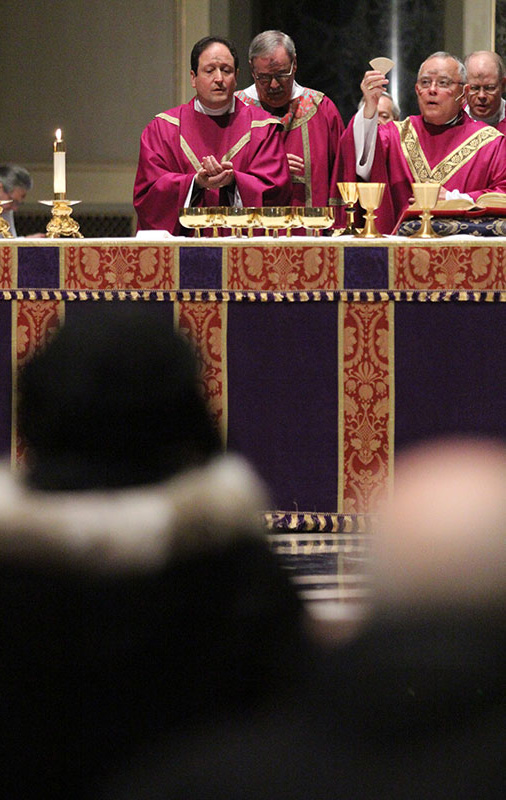 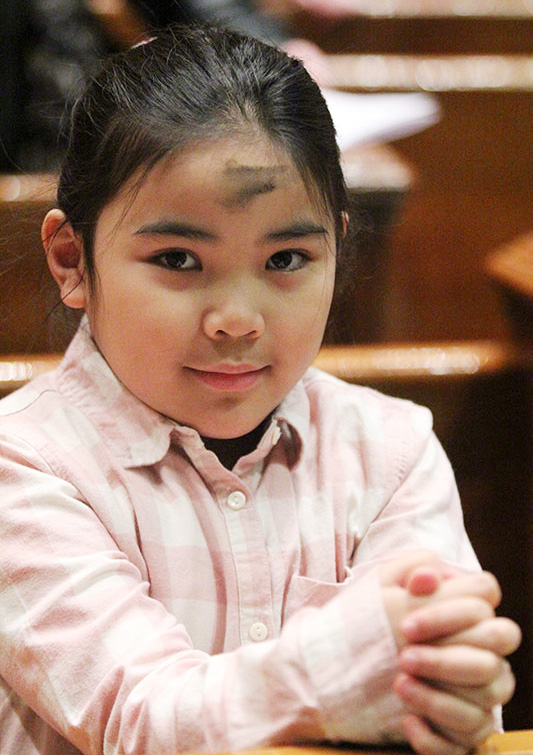 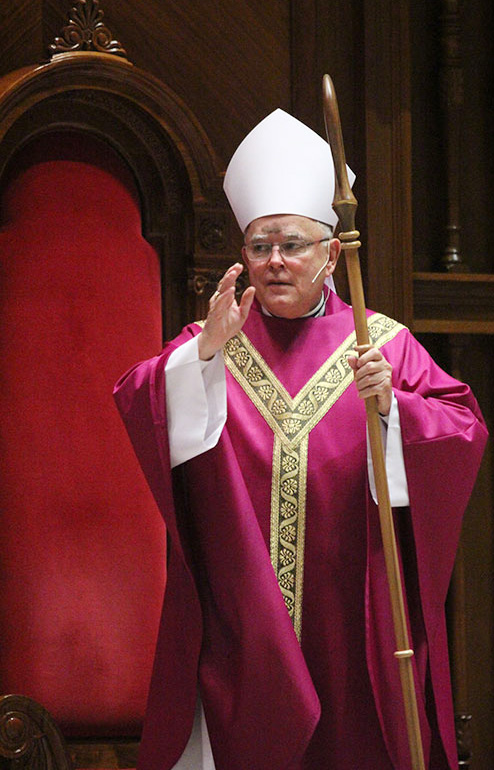 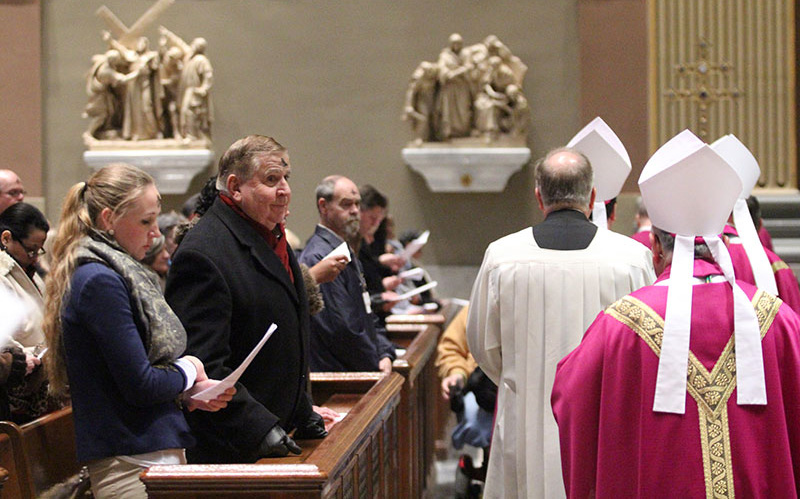 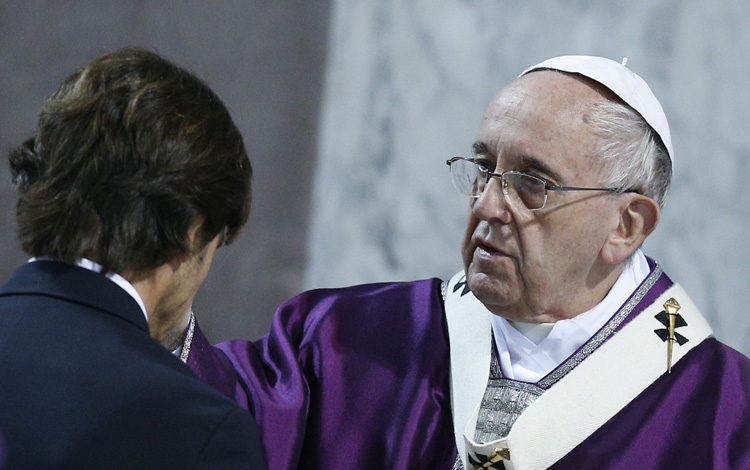 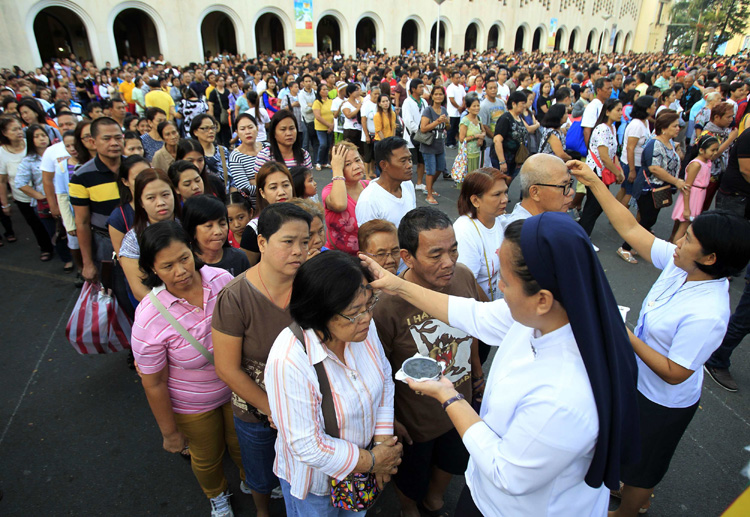 A nun marks a cross on a woman’s forehead using ash during the observance of Ash Wednesday at a Catholic church in Manila, Philippines, Feb. 18. (CNS photo/Romeo Ranoco, Reuters)

NEXT: Another high-flying nailbiter at the Palestra