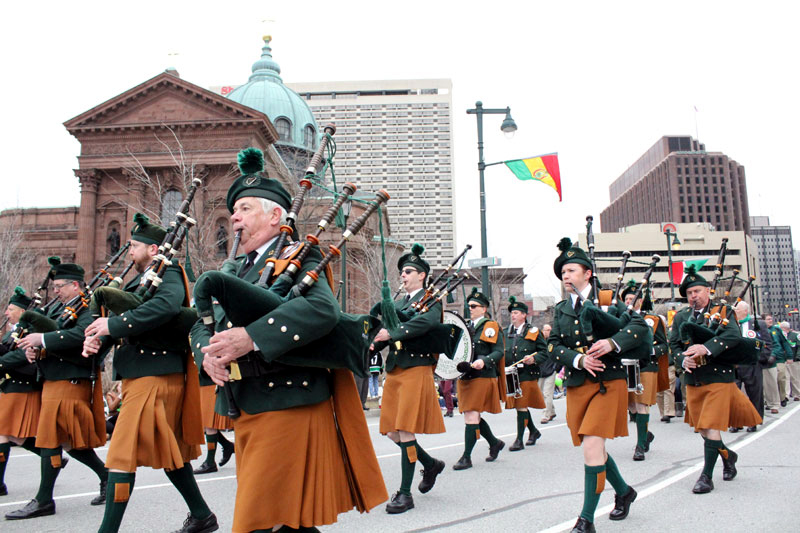 The Emerald Society Pipe Band marches past the Cathedral Basilica of SS. Peter and Paul on the Benjamin Franklin Parkway in Philadelphia during a previous year's St. Patrick's Day Parade. 2018 marks the 248th observance of the parade on Sunday, March 11. (Photo by Sarah Webb) 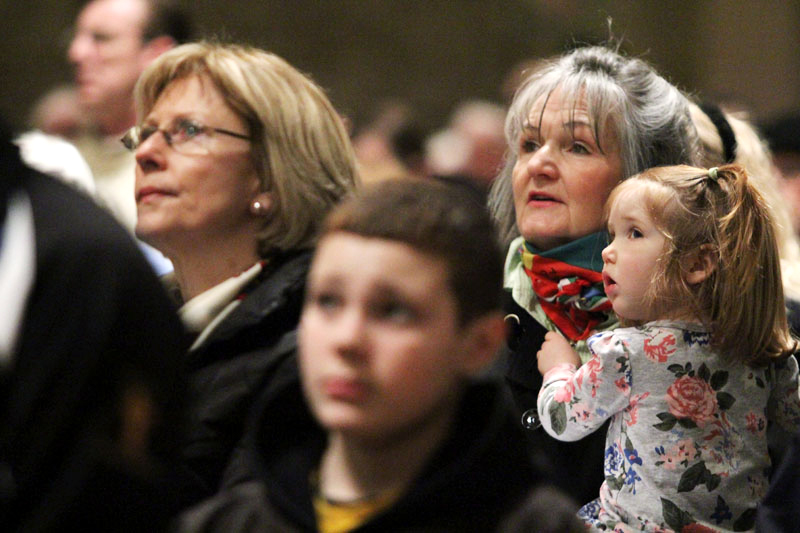 Sheila Mullin and her granddaughter Ellie Mullin pray along with other faithful at the Mass celebrated by Archbishop Chaput. (Sarah Webb)

There are two constants with Philadelphia’s annual St. Patrick’s Day Parade. First, the weather is rarely pleasant, and second, the theme has a Catholic ring to it. The former is an act of God; the latter is an act forGod, and it is built into the St. Patrick’s Day Observance Association bylaws.

This year the parade was on Sunday, March 15, and it was true to form with a blustery high 30s to low 40s temperatures and a theme of “Saint Patrick, Bless, Strengthen and Pray for our Families.” It was a tip of the hat to the upcoming World Meeting of Families in Philadelphia, with as many Pope Francis as St. Patrick impersonators parading up the Benjamin Franklin Parkway.

(See a photo gallery of the festive day.)

The grand marshal of the parade was Kathy McGee Burns and she has a slew of credits for her appointment: board member and past president of the St. Patrick’s Day Observance Association, board chair for the Irish Famine Memorial at Penn’s Landing; as well as a hand in goodness knows how many other Irish causes.

As far as the World Meeting of Families, she happens to be the mother of nine in a close-knit family, which probably gives her more practical knowledge on the topic than most of the distinguished speakers lined up for the event. “It’s the biggest honor in my life and for my family and all of the McGees in Donegal,” she said. “We will all have a nice celebration on Tuesday at the Irish Memorial.”

Many of the marchers attended Saturday Masses or early morning Masses at their parish, but purists were at St. Patrick Church off Rittenhouse Square for the traditional pre-parade Mass celebrated by the Archbishop of Philadelphia.

“The Irish came to this country for various reasons and one of them was for religious freedom, something they didn’t experience at home because of others,” Archbishop Charles Chaput said in his homily. “This country, America, is known to the whole world as the place where religious freedom is most valued. One of the worries is that the American people are losing this sense of the value of religious freedom. Part of the reason is that we take religious freedom for granted, and the moment we do that, we lose it.” 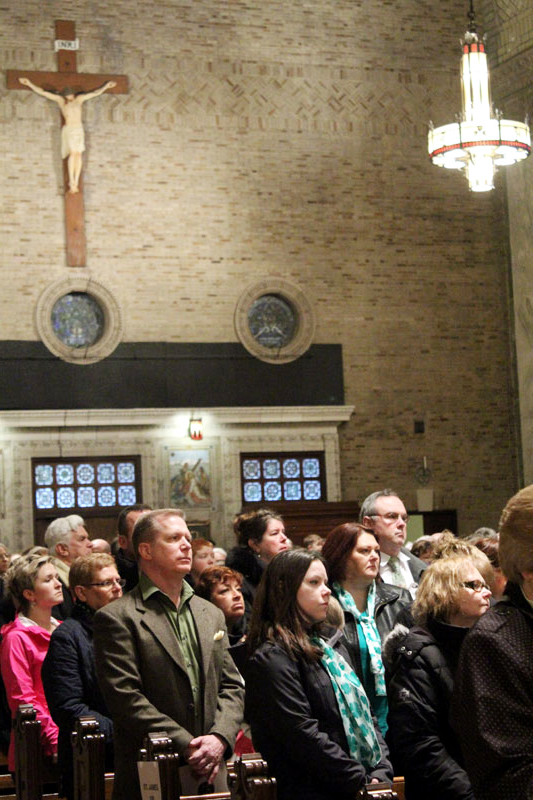 Mass at the venerable St. Patrick Church off Rittenhouse Square in Philadelphia is as much a part of the St. Patrick’s Day Observance as the parade that followed. (Sarah Webb)

The celebration of St. Patrick’s Day in Philadelphia traces back more than two centuries. It wasn’t until the 1950s that the annual parade as we know it began to take shape, thanks to the leadership of such Irish-American titans as Judge Vincent Carroll, Sheriff William Lennox and Councilman (later Mayor) Jim Tate.

Once bitten by the St. Patrick’s Day bug many are hooked for life.

“I’ve been coming since the 1960s,” said Judge Edward J. Bradley. “I was president of the association in 1985 and I think it is better now than it was then.”

“My dad (Paul Phillips) was grand marshal in 1996 and I’ve been on the board since 2005,” said Chris Phillips, the current president of the association. “With the World Meeting of Families coming it will be a grand year. Kathy Burns has done a great job and this is her year.”

Of course, the greatest part of the parade are the marchers themselves, this year about 20,000 strong in 150 or so groups. Whether they are juvenile Irish dancers representing different schools, Hibernian Societies or other fraternal groups or high school bands, their enthusiasm was catching.

With the schools, it is of course a changing cast from year to year, but there are constants. Take the Cardinal O’Hara High School Band. Dr. William McCusker, who retired last year as the school’s president, led the group down the street for a quarter century. “I’m still marching with them anyway,” he said.

Many but not all of the onlookers have also been coming for years. “I’ve lived in Philadelphia all my life, and this is my first parade,” said Kathy Nash of St. Anne Parish in Port Richmond, who was curbside with some of her 13 grandchildren. 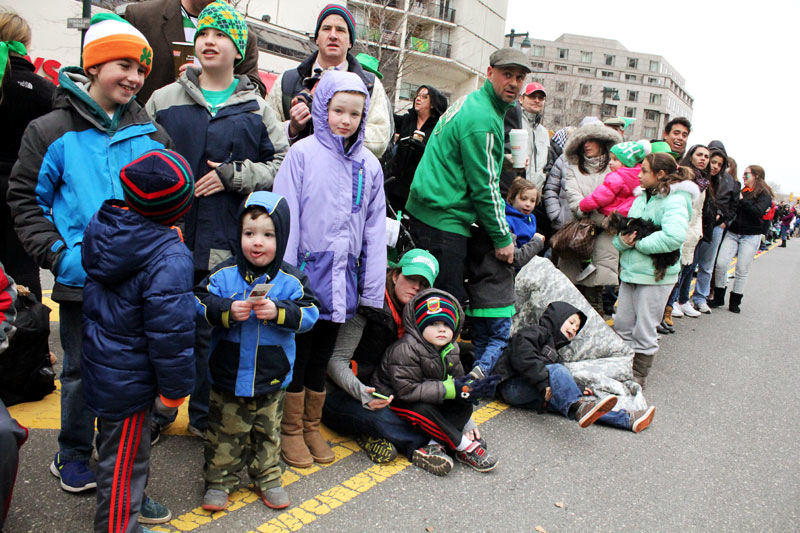 NEXT: Let all the nations sing in Philadelphia