Looking back on religious freedom, and where it’s headed 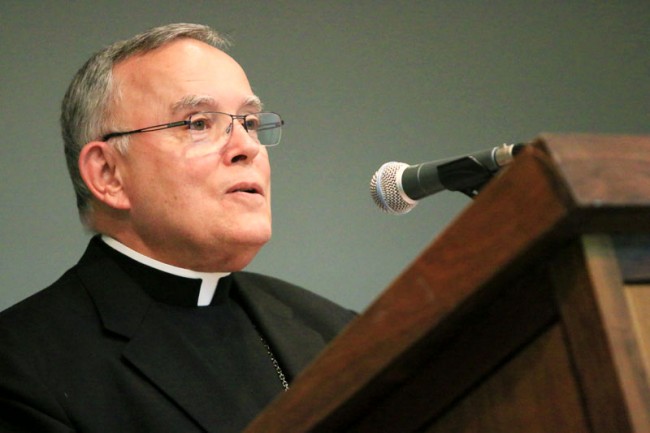 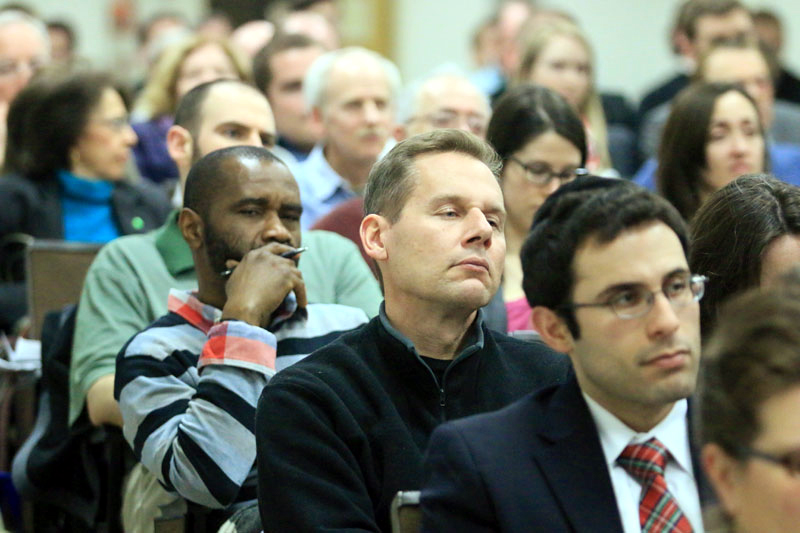 Dignitatis Humanae, (“On the Right of the Person and of Communities to Social and Civil Freedom on Matters Religious”) could be called the church’s official affirmation in 5,000 or so words of the First Amendment to the United States Constitution enacted by Congress in 1791. It declared in 16 words: “Congress shall make no law respecting the establishment of religion, or prohibiting the free exercise thereof ….”

It must be said that prior to Dignitatis Humanae the ideals expressed in the First Amendment were roundly denounced by some elements in the church, at least as they applied to countries where there was a Catholic majority, and in the 19th century they were dismissed as “the American Heresy.”

The question for consideration by the lecture series is, what is the state of religious liberty today?

They were killed, he explained, because they did not believe in the “authentic” gods of the city and empire. The archbishop said emperor Marcus Aurelius — “one of history’s great men of intellect and character” — was among the worst persecutors of Christians, “not for their faith, but what he saw as their blasphemy.” 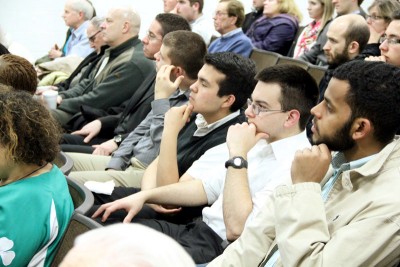 Over the centuries Christianity became the dominant religion and also became the state religion.

“That’s the history Dignitatis Humanae sought to correct by going back to the sources of Christian thought,” Archbishop Chaput said. “The choice to believe in any religious faith must be voluntary. Faith must be an act of free will, or it can’t be valid. Parents make the choice for their children at baptism because they have parental authority, and it is important that they do so. But in the end, people who don’t believe can’t be forced to believe, especially by the state. Forced belief violates the person, the truth and wider community of faith, because it is a lie.”

In the second part of his lecture Archbishop Chaput discussed the current state of religious freedom around the world and in the United States.

“Compared to almost anywhere else in the world, our religious freedom situation is good,” he said. “Religious believers played a big role in founding and building the country. Until recently our laws have reflected that.”

But things are changing as more people have disaffiliated from religion, especially young people, and “many have no sense of the role religious freedom has played in our life and culture,” he said.

He spoke of pressure for gay rights, abortion services and contraception and against public religious witness, and also restrictions on public funding, revocation of tax exemptions and expanding government regulation.

The lecture ended with a question-and-answer period, with some questions to the point and thought provoking, others not; but entertaining nonetheless.

Future lectures in the series feature William Mumma, president of the Becket Fund, speaking on “The American Perspective” on March 24; Princeton University Jurisprudence Professor Robert George speaking on “Religious Liberty and the Human Good” on April 14 and Archbishop of Baltimore William E. Lori speaking on “The Contribution of Dignitatis Humanae” on April 21.

NEXT: Holocaust recalled in rare, joint concert tonight at cathedral