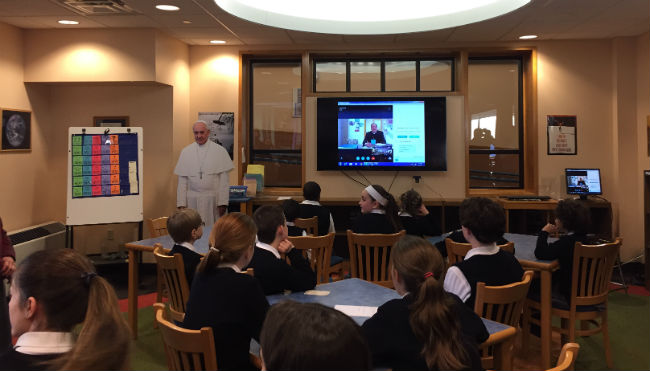 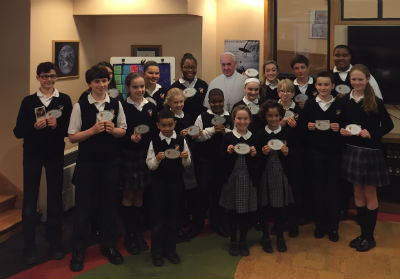 Student Council members representing Ancillae-Assumpta Academy show some of their World Meeting of Families car magnets and a cut-out image of Pope Francis on Monday, March 2 at the school.

Four schools in the Archdiocese of Philadelphia were announced as winners in the World Meeting of Families Creative Video Contest. Almost 5,000 votes were tallied to select the videos submitted from across the United States that best demonstrated how Catholic school communities can apply faith, knowledge and service to create a family fully alive.

Watch the Ancillae-Assumpta video below: