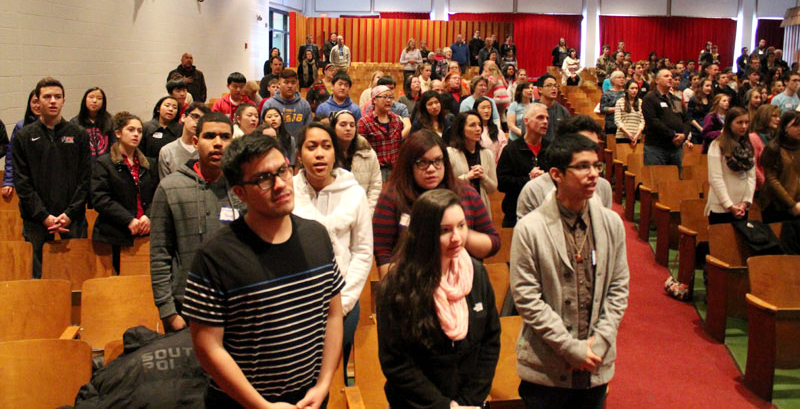 The “Generation Phaith” youth rally drew 300 teens in grades eight to 12 for a day of prayer and reflection on Sunday, March 8 at Archbishop Carroll High School.

The theme of the day was “Totally Yours!” the motto of St. John Paul II. Forty chaperones and 20 volunteer staff including youth ministers, seminarians, missionaries with the Culture Project and three teen ambassadors supported the day’s focus on how teens can experience and participate in the Divine Mercy of Jesus. After hearing a keynote address from Father Michael Gaitley, M.I.C., on how mercy impacted his life and led him to consecrate his vocation to Mary, the teens chose one of three workshops: Totally Fearless (St. John Paul II), Totally on Fire (Blessed Mother Teresa) and Totally Selfless (St. Maximilian Kolbe).

The day included music, a holy hour of adoration led by Father Stephen DeLacy, Mass celebrated by Father Michael Speziale to which the teen’s families were invited and at the day’s end, a consecration to Jesus through Mary. Ten priests present for the sacrament of penance heard confessions from so many teens that the allotted time had to be extended for an additional hour.

To help the teens go deeper in their consecration, Philly Catholic YYAM — the youth and young adult ministry program of the Archdiocese of Philadelphia — will start a social media campaign based on the 33 day at-home retreat laid out in Father Gaitley’s book, “33 Days to Morning Glory.” During the 33 days, videos, prayers and short meditations on will be posted on Facebook, Twitter and Instagram beginning April 10 and ending with a re-consecration to Mary on May 13, the Feast of Our Lady of Fatima. (Photos by Sarah Webb) 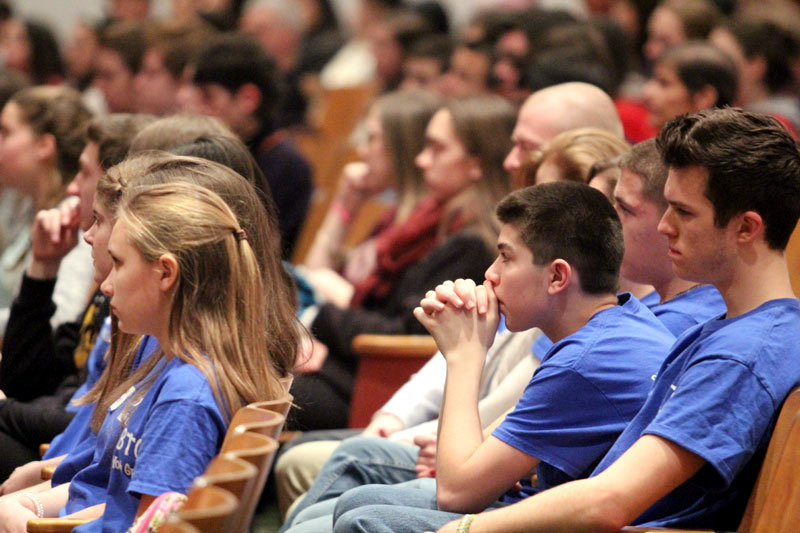 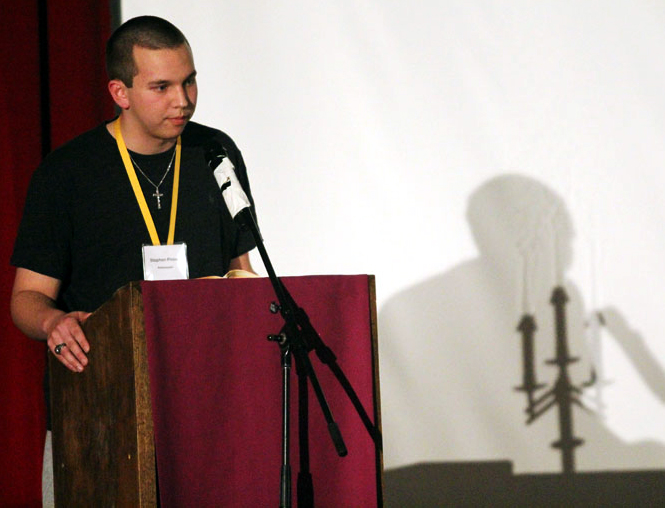 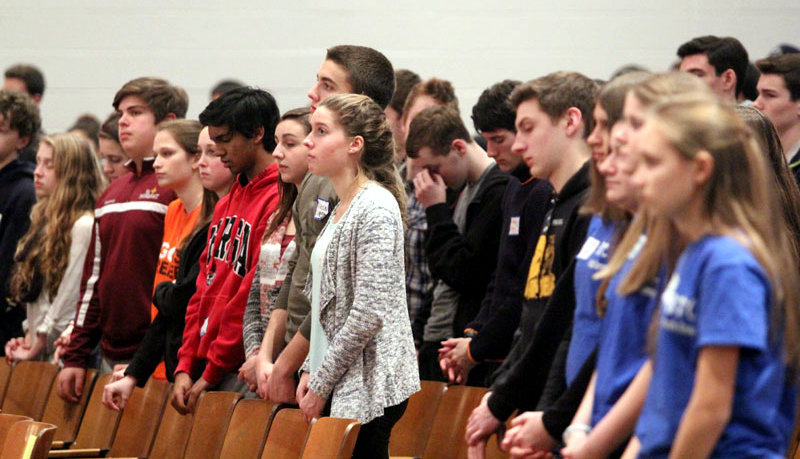 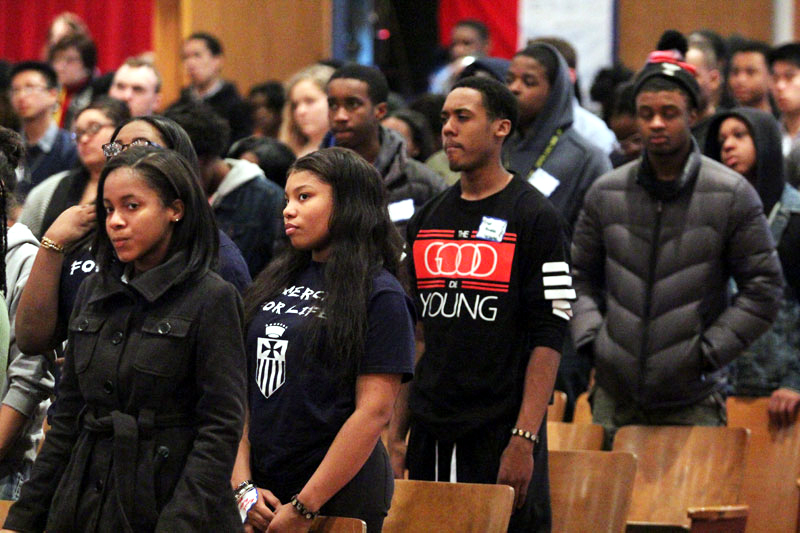 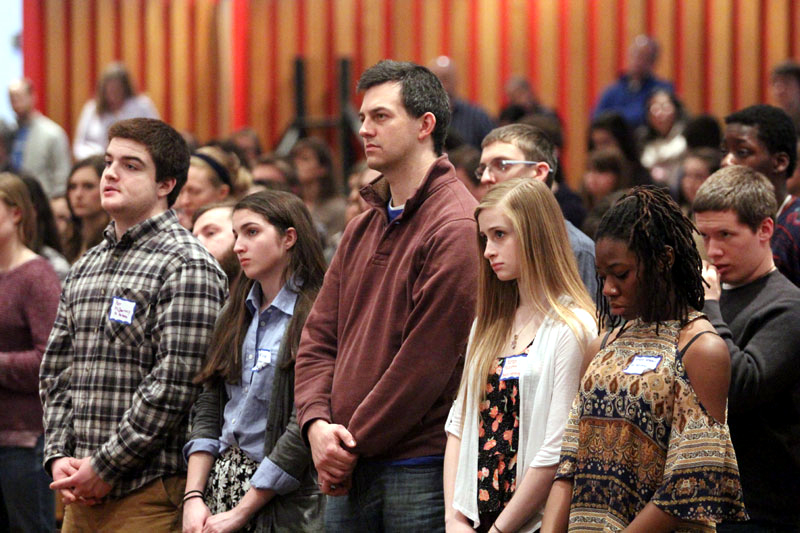 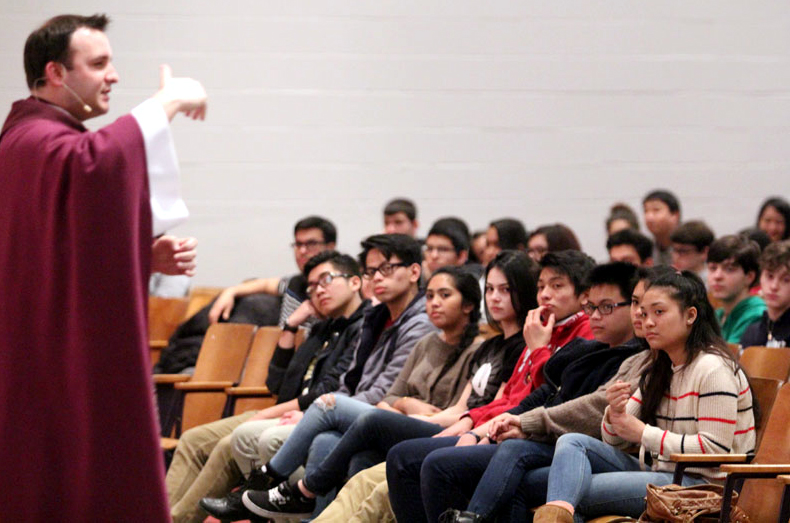 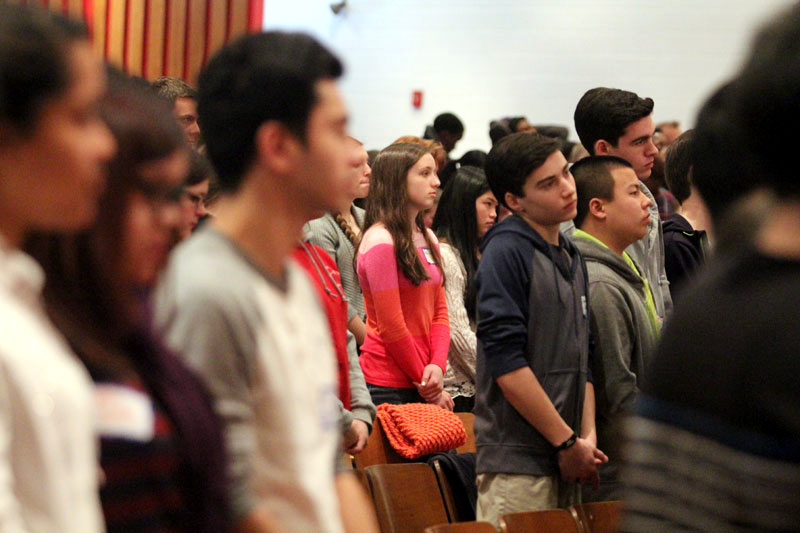 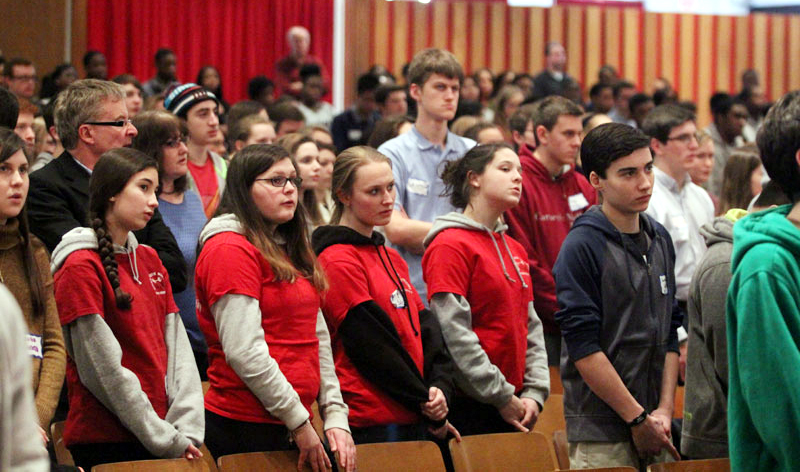 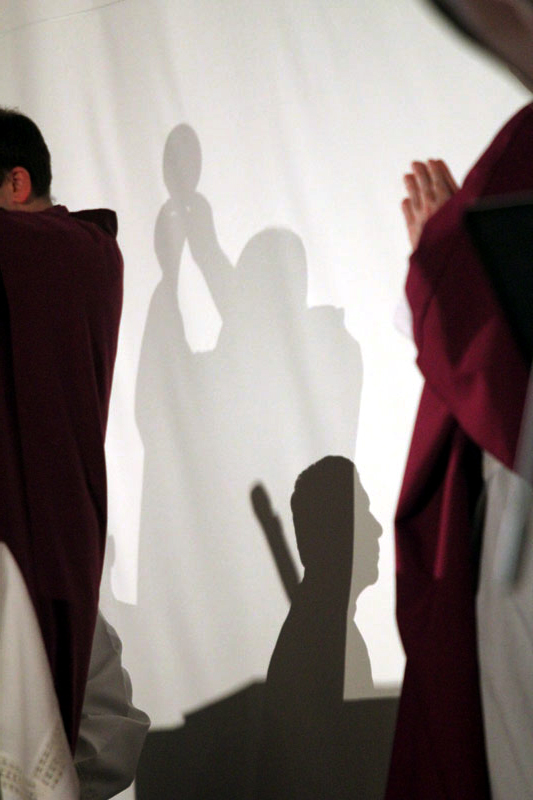 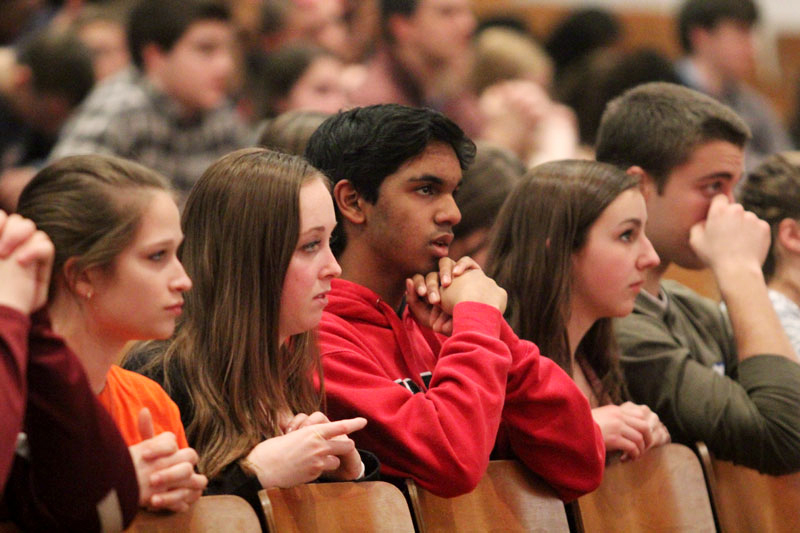 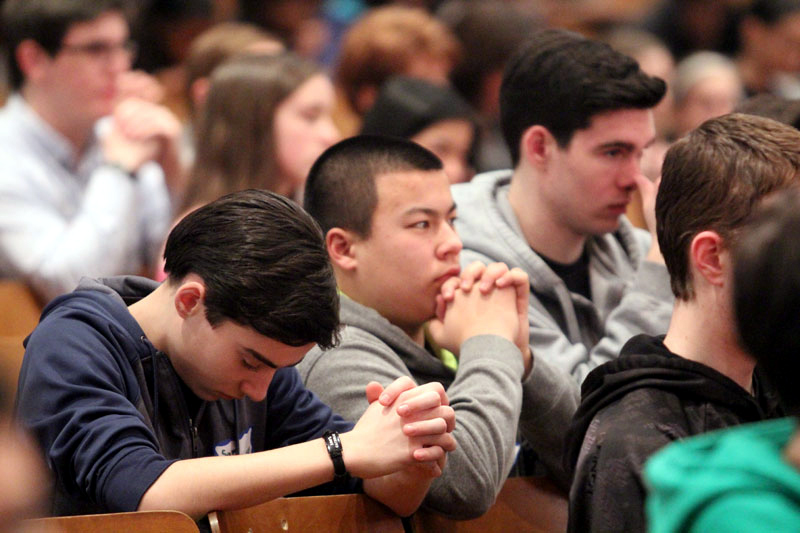 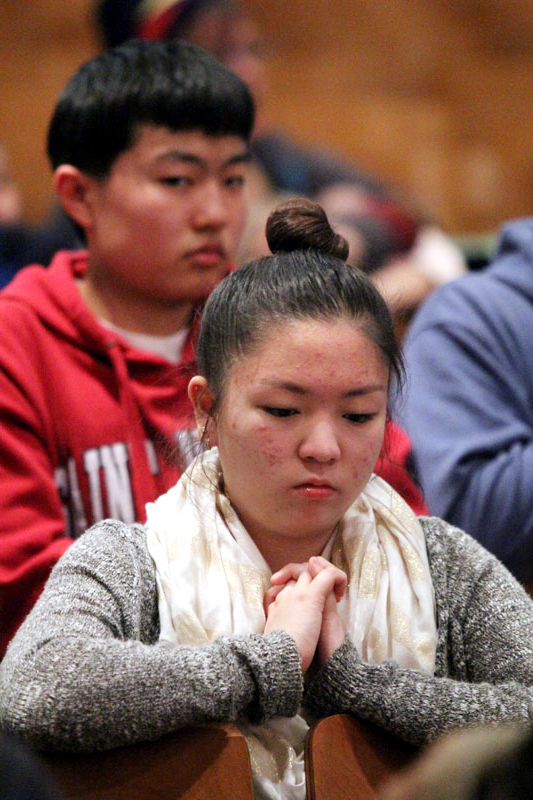 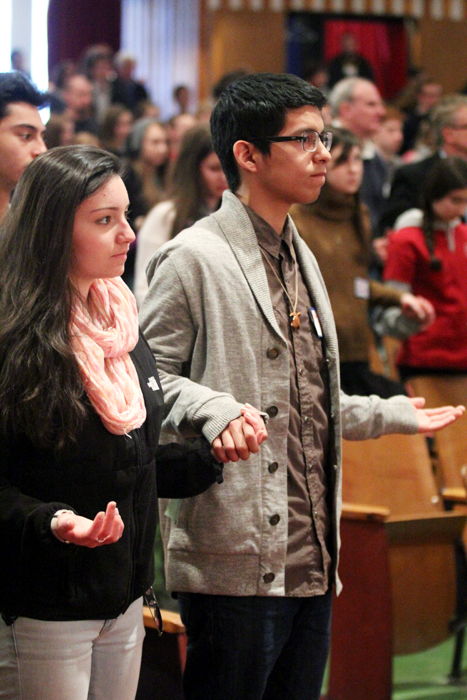 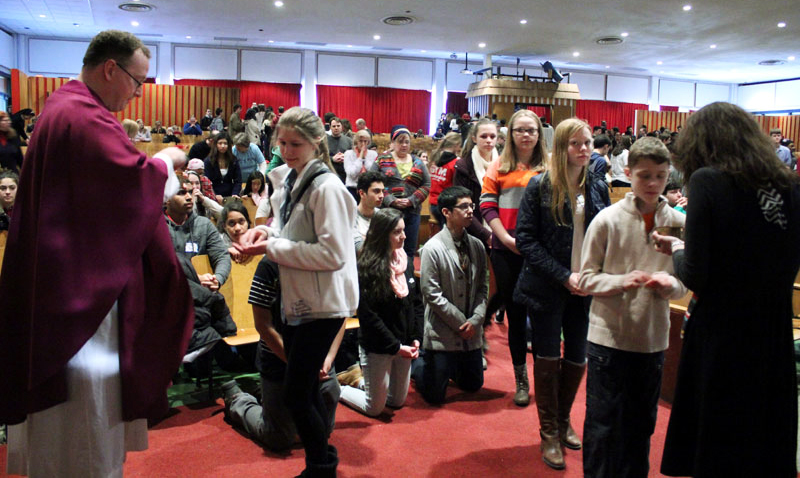 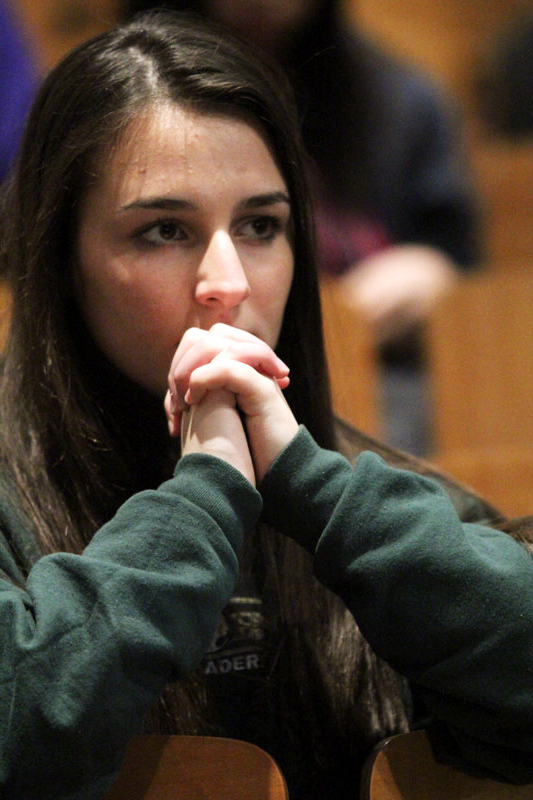 Sara Castagno of Epiphany of Our Lord Parish, Plymouth Meeting. 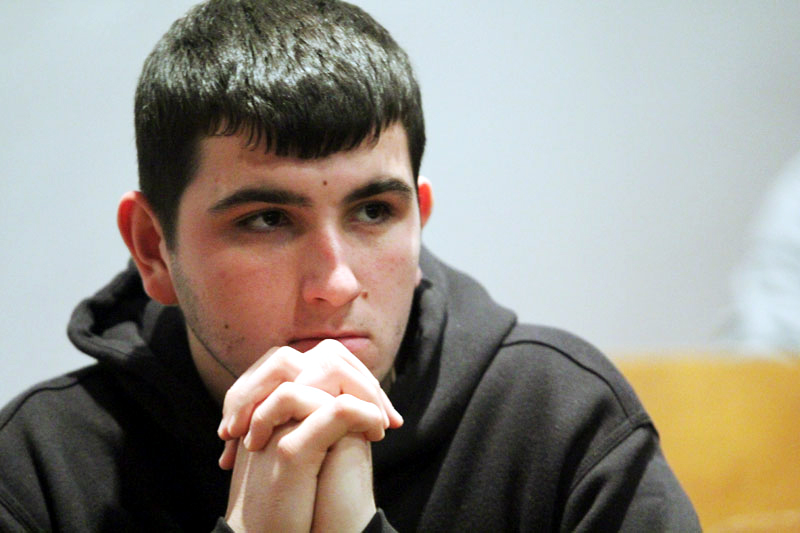 Matt Kozeniewski of Epiphany of Our Lord Parish, Plymouth Meeting. 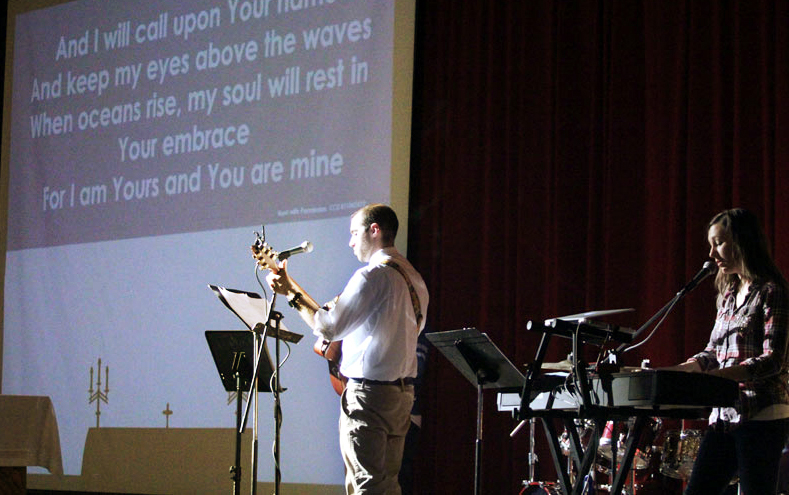 Teresa Peterson (right) and worship band, with Will Panagakos, provided music for the day’s activities and at Mass. 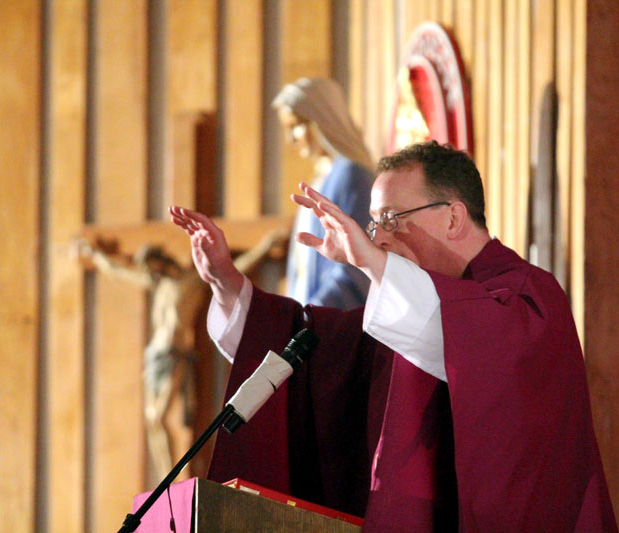 After Mass, participants pray a prayer consecrating themselves to Mary.

PREVIOUS: Creamy good fun for a good cause

NEXT: Across the Aisles: St. Frances Cabrini Church