First things first: Before September’s events, a focus on family 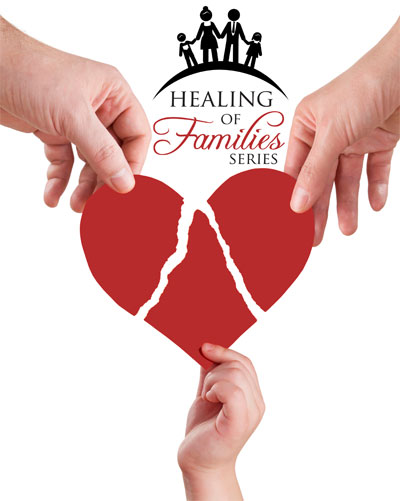 With Philadelphia hosting the World Meeting of Families this September, family issues are definitely at the forefront with a number of programs on the topic around the archdiocese.

Among the most ambitious is the Family First program that will be offered by Malvern Retreat House.

“The Family First program anticipates the World Meeting of Families,” said Brian Gale, director of marketing at Malvern. “Indeed the intention is to help prepare families for the event itself and all its manifold graces.”

Because one size does not fit all, the program is being conducted in three tracks, and it is anticipated each will have three sessions prior to the World Meeting and one afterwards for a total of 12 sessions.

Each of the three tracks will have two programs this spring, and two in the fall; one prior to the World Meeting Families and one afterwards.

Msgr. Joseph T. Marino, the rector of Malvern Retreat House, echoed the tie-in to the World Meeting of Families.

“Certainly our families are under attack today and we need to do everything we can to support them,” he said. “This is a natural extension of our core mission which is to bring all souls to Christ.” 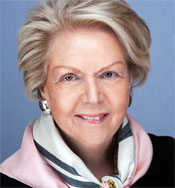 Martie Gillen, who will speak on “My Life with Mary,” part of the motherhood track in Malvern Retreat House’s family series.

On April 9, Devin Schadt was the main speaker, addressing the fatherhood track on the topic, “The Restoration of Fatherhood.” Schadt, a prominent author, evangelist and radio host, is a father of five children and the founder of St. Joseph Apostolate. He recently spoke at the Annual Man Up Conference held March 7 at St. Joseph’s University. The three-hour evening program ended with Benediction.

On Sunday, April 26, Msgr. Ralph Chieffo, pastor of St. Mary Magdalen Parish in Media, and Dr. Peter Kleponis will open the Healing Families series. It will discuss “Healing through Forgiveness and Acceptance and Spiritual and Emotional Renewal.”

Msgr. Chieffo is well known throughout the Philadelphia Archdiocese for his spiritual insights and Dr. Kleponis is a licensed clinical therapist and assistant director of Comprehensive Counseling Services, Conshohoken. He specializes in marriage and family therapy, pastoral counseling, anger resolution, men’s issues and pornography addiction recovery.

The session will run from 2 to 7 p.m. and include exposition of the Blessed Sacrament, a reconciliation service and a healing service.
Although the future dates for this series have not been finalized, it is expected all will feature Msgr. Chieffo and Dr. Kleponis as presenters.

The second of the fatherhood series will be held May 12 from 6 to 9 p.m. with Bill Donaghy as the featured speaker on the topic “The Restoration of Fatherhood.”

Donaghy, who holds a master’s degree in systematic theology, is a well-known speaker both locally and nationally on issues surrounding the new evangelization and the teaching of St. John Paul on Theology of the Body. He is himself the father of three children.

The first of the motherhood series, “My Life with Mary,” will be conducted on May 13 from 6 to 9 p.m. and will have Martie Gillin, a Villanova mother of 10 and grandmother of 28 as the featured speaker. She is best known as the founder of Speak Up!, a program that fosters a culture of communication in homes and schools.

Her program, which encourages non-judgmental communication, was inspired by the death of her son Bob of AIDS at age 30. Speak Up! has proved to be a source of wisdom and guidance, and has given her national recognition.

Other sessions in the series will be announced as the dates and speakers are finalized. Each session will cost $30. Refreshments will be provided including dinner at some sessions.

For reservations, more information and future dates visit the website malvernretreat.com or call 610-644-0400.

NEXT: With help, talented kids of Mount Airy head to prep schools