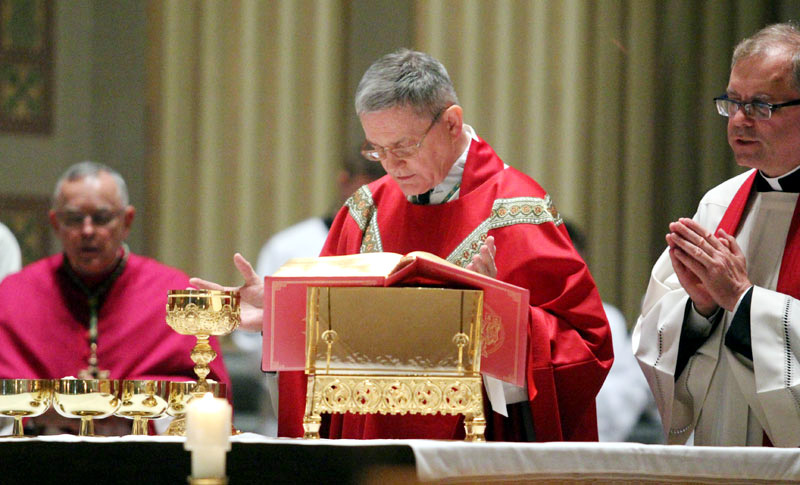 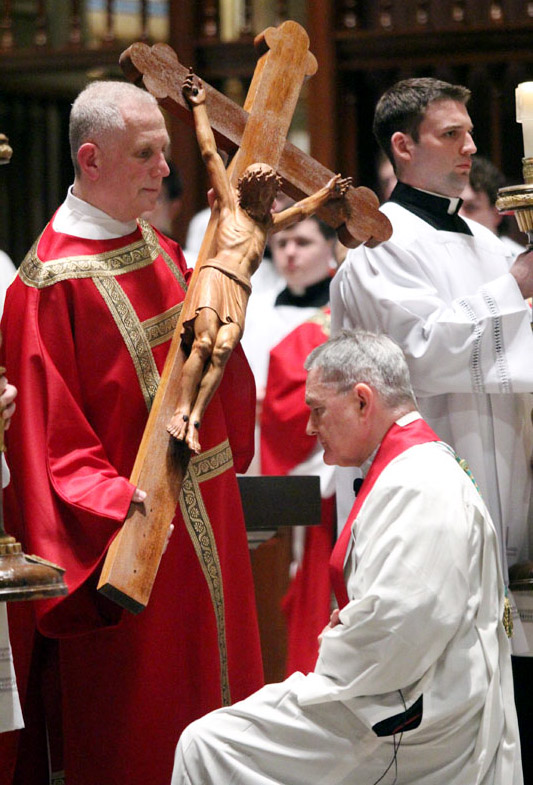 The Cathedral Basilica of SS. Peter and Paul was understandably filled on Friday, April 3 for the Good Friday liturgy, which is the most solemn event of the entire liturgical calendar.

The service this year was special for another reason – Archbishop Edward Adams, the papal nuncio to Greece, was the principal celebrant and homilist, at the invitation of Archbishop Charles Chaput.

Philadelphia born and a graduate of St. Charles Borromeo Seminary, Archbishop Adams was ordained a priest for the Philadelphia Archdiocese by Cardinal John Krol in 1970. After further studies in Rome in 1976 he entered the Vatican Diplomatic Service and in 1996 was consecrated bishop and as archbishop named apostolic nuncio, akin to an ambassador of the Vatican, to Bangladesh.

In subsequent appointments he served as apostolic nuncio to Zimbabwe and the Philippines and since 2011 has served in Greece.

The Good Friday liturgy, not a Mass, ended with the worshippers invited to individually venerate a crucifix as a reminder of the supreme sacrifice made by Jesus for our redemption.

The question is, should Good Friday be a time of sorrow or a time of joy? The answer is suggested in Archbishop Adams’ own episcopal motto, “In Cruce Salus” (From the Cross Comes Salvation). It makes his visit to his home town on Good Friday especially provident.

“The ancient crucifixes do not express anguish, tragedy, but a calm majesty,” he said in his homily. “The early church saw the crucified Lord glorified, exalted and so attracting all to him, drawing all to his saving love and offering the power to love.

“What should our attitude be on this Good Friday? Yes we should immerse ourselves in the suffering of Jesus, and let ourselves be struck at the horror of our Lord nailed to the cross,” he continued. “But we must go further. The pain and torment is but a sign. That terrible suffering was meant for us, for you and for me. What it signified by the cross is the proof of it, but our reaction cannot be just sympathy or compassion for Christ’s suffering. 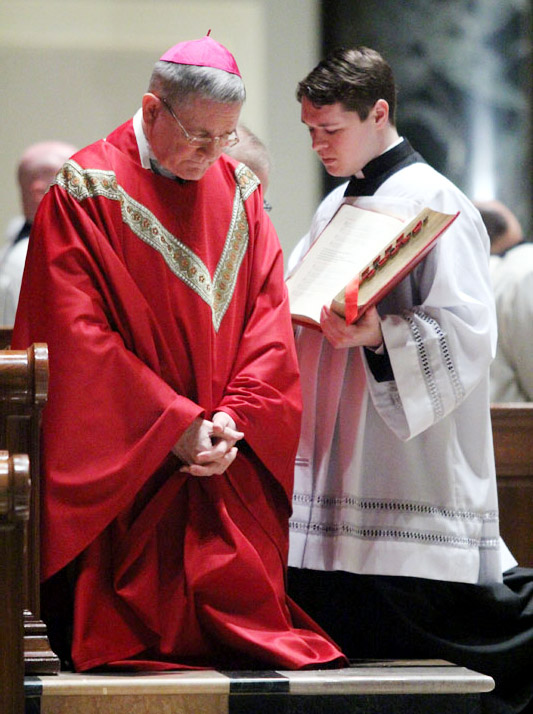 “Our primary reaction must be wonder, gratitude and joy. When we look at the cross we say to ourselves, ‘Look how much God has loved the world. He has loved me and done this for me.’”

What was especially striking about the congregation at this liturgy and for that matter all the liturgies of the Paschal Triduum was the diverse representation in the congregation of the cathedral, signifying the universality of the church.

Erin Maiolino, a former Philadelphian down with her family from the Pittsburgh area with a son studying at St. Charles Borromeo Seminary, was on her first Good Friday visit to the cathedral. She came because “Good Friday is where our salvation comes from,” she said.

Michelle Okon and Michael D’Angelo had come from St. Mary Magdalen Parish, Media, for each of the three days of the Triduum.

“We love coming to the cathedral, it is a wonderful taste of the universal Church,” Okon said. “We see people coming from all over worshiping God. It’s the Mother Church of Philadelphia and next step away from the Mother Church in Rome.”

“I love being a Catholic and I enjoy my faith,” D’Angelo added. “This is the only place to be on Good Friday.”

Archbishop Chaput participated in the service, which pleased Mario Chavez who lives in the archbishop’s former archdiocese, Denver. For Chavez the liturgy “is beautiful, the veneration of the cross, the reverence, and the music,” he said.

PREVIOUS: Ukrainian Catholic Cathedral welcomes all for visitation and prayer

NEXT: Catholic teens share their faith on city’s streets