Several Catholic schools in the Archdiocese of Philadelphia took on special activities during Holy Week.

For the 32nd year, St. Ignatius of Antioch School in Yardley performed its Passion Play, with seventh and eighth graders singing songs and portraying characters in the story of Jesus’ life, death and resurrection. The play, performed March 27, was produced and directed by Larry Warren, Sheila Gallagher, Nina Litvak and Patti Warren, in coordination with Father Jonathan Dalin and School Principal Mary Ann DiTommaso. See the Passion Play’s program for more details. 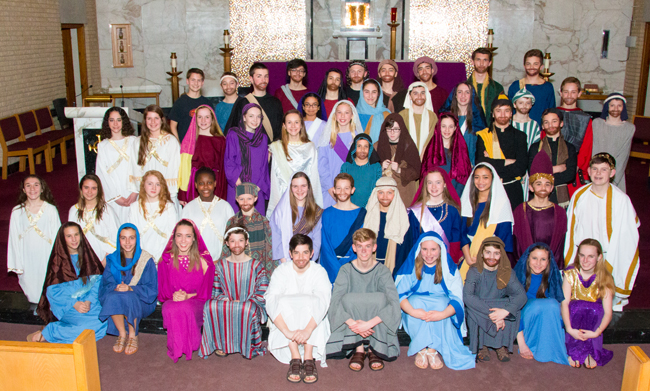 At SS. Simon and Jude School in West Chester, the fourth grade students made more than 100 baskets and cards for elderly visitors to the West Chester Senior Center as the student’s Easter service project. 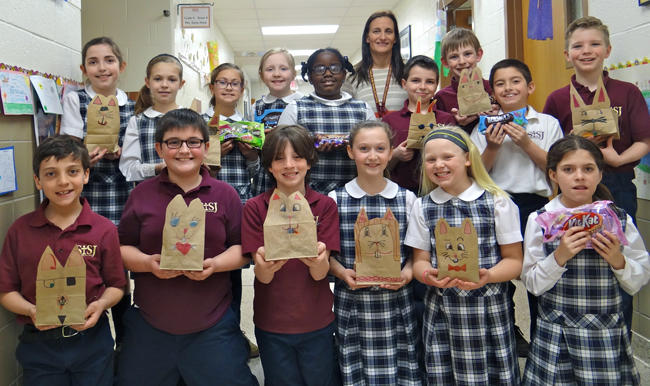 The fourth graders and their teacher at SS. Simon and Jude School.

The third graders of Queen of Angels Regional Catholic School in Willow Grove and their teacher, Marianne Kleinbrahm, presented a Seder meal for the school’s sixth graders during Holy Week. The traditional meal of the Jewish faithful at Passover was attended by Father Anthony Janton, pastor of Our Lady Help of Christians Parish in Abington, and school principal Sister Margaret Rose Adams, I.H.M. 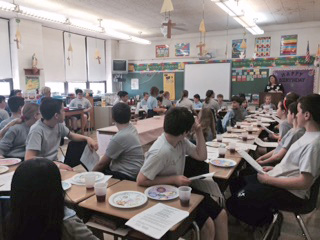 Also at Queen of Angels, the seventh graders presented the Living Stations of the Cross for the parishes of St. David and Our Lady Help of Christians. They prepared by practicing after school on many Fridays before last week’s performance. Fifth grade students also served as the choir for the presentation and some eighth graders served as cantors.

Queen of Angels students who performed the Living Stations.