A celebration of fidelity over the years 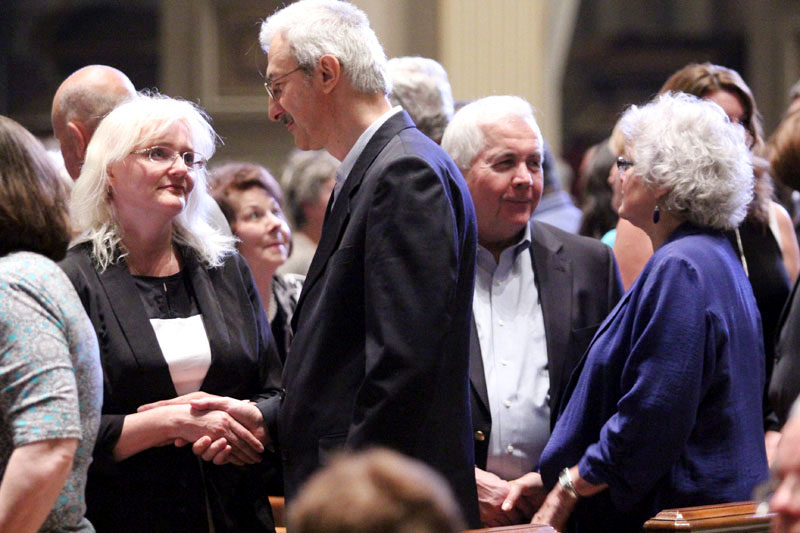 Eva and Mirek Cieslak (left) from SS. Philip and James Parish in Exton recommit themselves after 30 years of marriage. (Sarah Webb) 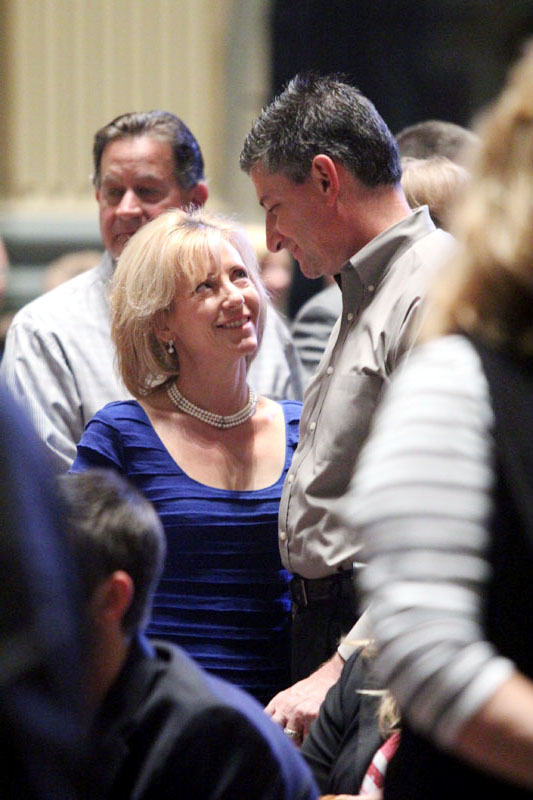 Living as we do in a culture where all too often marriages are shorter than engagement periods and as ephemeral as the footprints in the sands of the beach where the slipknot is tied before departure for a well-rehearsed honeymoon, it is refreshing to see that is not always the case.

On Saturday, May 2 at the 5:15 p.m. vigil Mass, Archbishop Charles Chaput welcomed men and women who have been married 25, 50 or more years for the annual wedding anniversary Mass at the Cathedral Basilica of SS. Peter and Paul. These men and women are living out the vow they exchanged in church before God and man that they would be wed until death.

In his homily given before the couples renewed their wedding vows, the archbishop complimented them for their fidelity.

Discussing sacraments, which in Catholic belief includes matrimony, he began with the old Baltimore Catechism explanation of a sacrament as “an outward sign instituted by Christ to give grace.”

But such catechism questions were often memorized but not necessarily explained.

“You are the sacrament, the outward sign,” Archbishop Chaput told the couples, “the outward sign that Jesus now uses to give your spouse a share in his life.

Most of the women and men who came to the Cathedral to celebrate their successful marriages probably were not trained catechists but nevertheless have a wisdom born of experience. 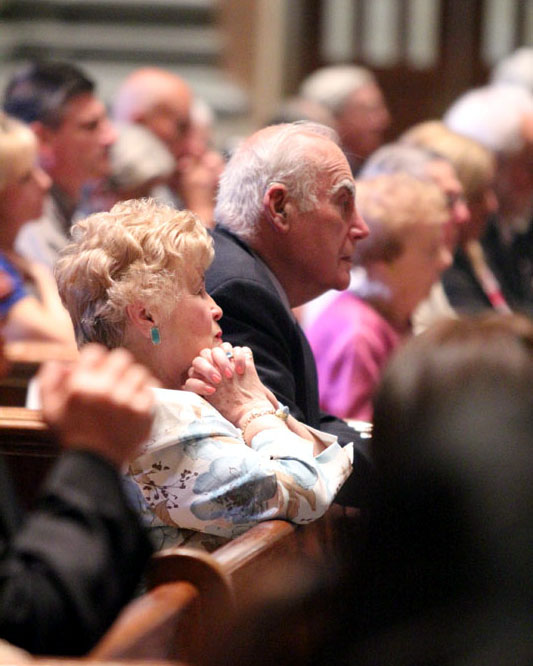 Couples pray during the wedding anniversary Mass May 2 at the Cathedral of SS. Peter and Paul. (Sarah Webb)

Ed and Mary Hunter are celebrating 50 years, and they traveled from Assumption B.V.M. Parish in Feasterville. The secret to marriage, Ed said, was “adjusting, all of the time realizing I’m not the same as her and she is not the same as me. It is figuring out how to meet in the middle.”

Carol Barbour and her husband Ben, also 50 years wed, came in from St. Christopher Parish, Philadelphia. “It’s putting up with each other and prayer,” Carol said. “We have four kids and six grandkids; that keeps us going.”

Paul and Patricia Kartiko, visitors from Laguna Niguel, California, just happened to be coming to Mass that evening and were delighted to find it was a Mass for married couples because they are celebrating their 25th. “The sunny California weather helps, and we have two kids, that helps too,” Paul said.

Roe and James DiFerdinand of St. Mary Magdalen Parish, Media, who also just celebrated a silver anniversary, will never forget their wedding day, April 28, 1990. At 90 degrees it was the hottest April 28 on record. They share a second vocation along with marriage because James is a permanent deacon assigned to his parish.

Pat and Jim Lardon of St. Jerome Parish, Philadelphia, who just celebrated their 50th, remember coming to the cathedral to renew their vows on their 25th.

“I was always taught that the family that prays together stays together,” Pat said. “We have been going to Mass every Sunday for 50 years and thank the Lord for what we have; for our children, our grandchildren and our great-grandchildren.”

PREVIOUS: Msgr. Lynn to return to jail after bail hearing

NEXT: Parishes in three counties urged to work more closely