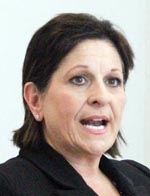 The Archdiocese of Philadelphia’s Office for Catholic Education announced changes in its administrative leadership this week with the resignation of Dr. Carol Cary, superintendent of secondary schools.

Cary will become superintendent of the Marple Newtown School District in Delaware County effective July 1, the archdiocese announced May 15. She led the 17 Catholic archdiocesan high schools in her position since 2012 and served in OCE since 2008.

In a letter thanking Cary for her service, Secretary for Catholic Education Christopher Mominey called Cary “a valued colleague” and pledged to make finding a new superintendent for secondary schools a top priority of OCE and the Faith in the Future Foundation, which together manage the archdiocesan high schools. 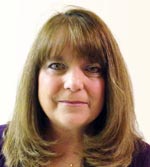 Following news of Cary’s departure, Mominey named Debra Brillante superintendent of elementary schools, effective immediately. Having served in the role for the past six months on an interim basis, Brillante will lead the archdiocese’s 122 Catholic elementary schools.

She was chosen for the position after a search process by the Baltimore-based firm Educational Strategies, which specializes in Catholic education, according to an archdiocesan statement May 20.

Brillante boasts a long career in Catholic education especially in Syracuse, N.Y., where she worked with Mominey in that diocese’s school system. Mominey became head of the Philadelphia archdiocesan school system in 2012.

In her interim role, Brillante “demonstrated that her style, approach and personal commitment to our mission in Catholic education are a perfect match for us as an organization at this critically important time,” Mominey said in the statement. “Although our search process led to us reviewing candidates from across the nation, in the end Debbie proved to be the exact fit for us.”

Earlier this year it was announced that Kevin Kijewski, OCE’s associate superintendent for secondary schools, would be leaving his position July 1 to become superintendent of schools for the Archdiocese of Denver.

NEXT: Catholics invited to pray for world’s sailors