Four deacons on next step to priesthood 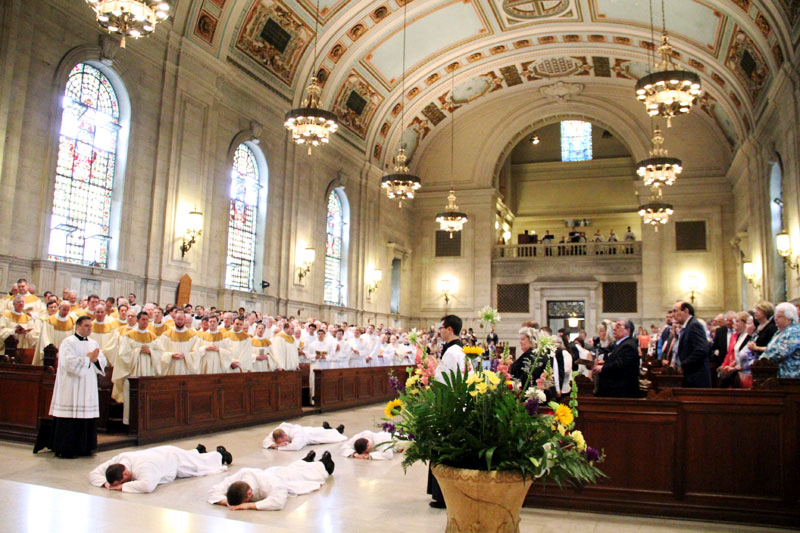 Archbishop Charles Chaput ordained four men transitional deacons on Saturday, May 16 in St. Martin’s Chapel at St. Charles Borromeo Seminary. The four will begin their final year of study at the seminary in the fall, and serve for a year at a parish in the Archdiocese of Philadelphia prior to their expected ordination as priests in May 2016.

At the diaconate ordination Mass, Auxiliary Bishops Michael Fitzgerald and Timothy Senior, who is seminary rector, concelebrated along with the seminary’s priest faculty. (Photos by Sarah Webb) 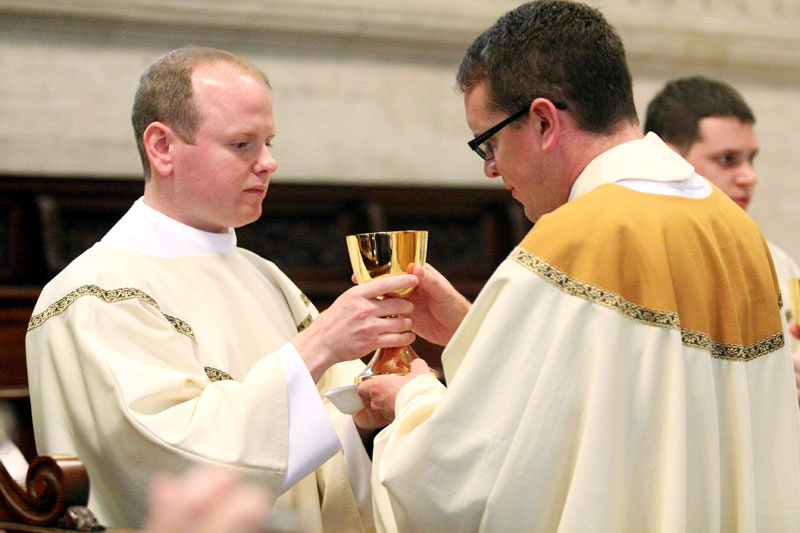 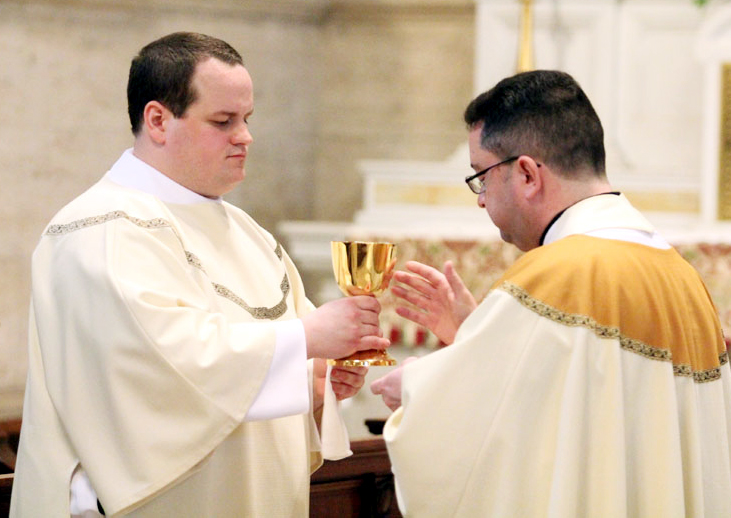 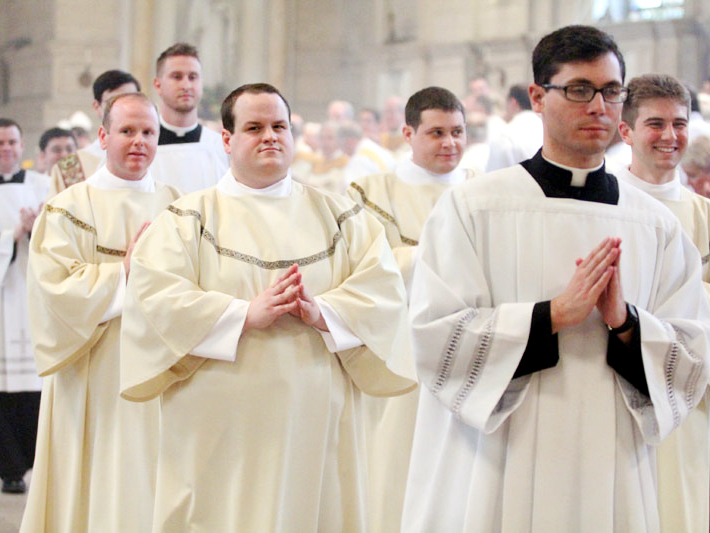 The newly ordained deacons and other seminarians recess from the chapel at the close of Mass. 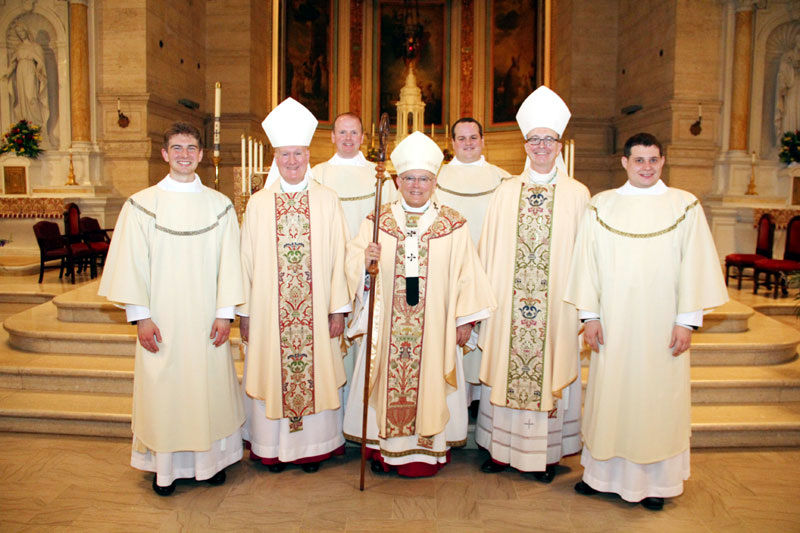 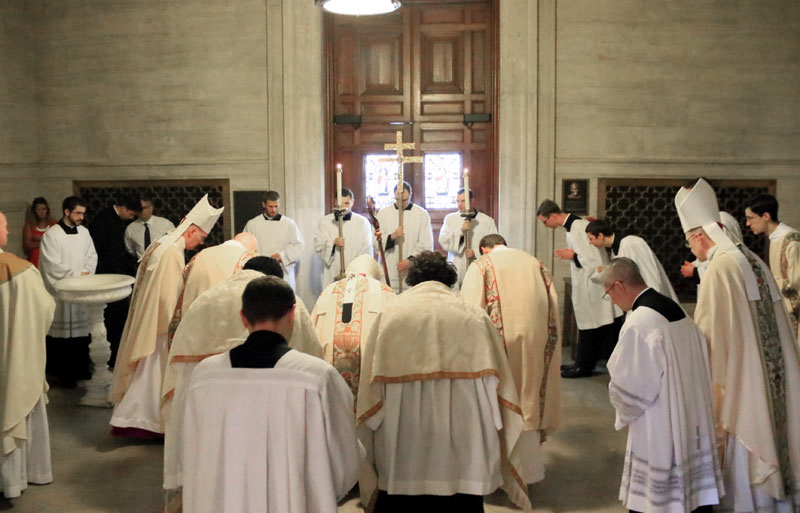 The celebrants and liturgical ministers for the Mass bow in prayer before the entrance procession begins. 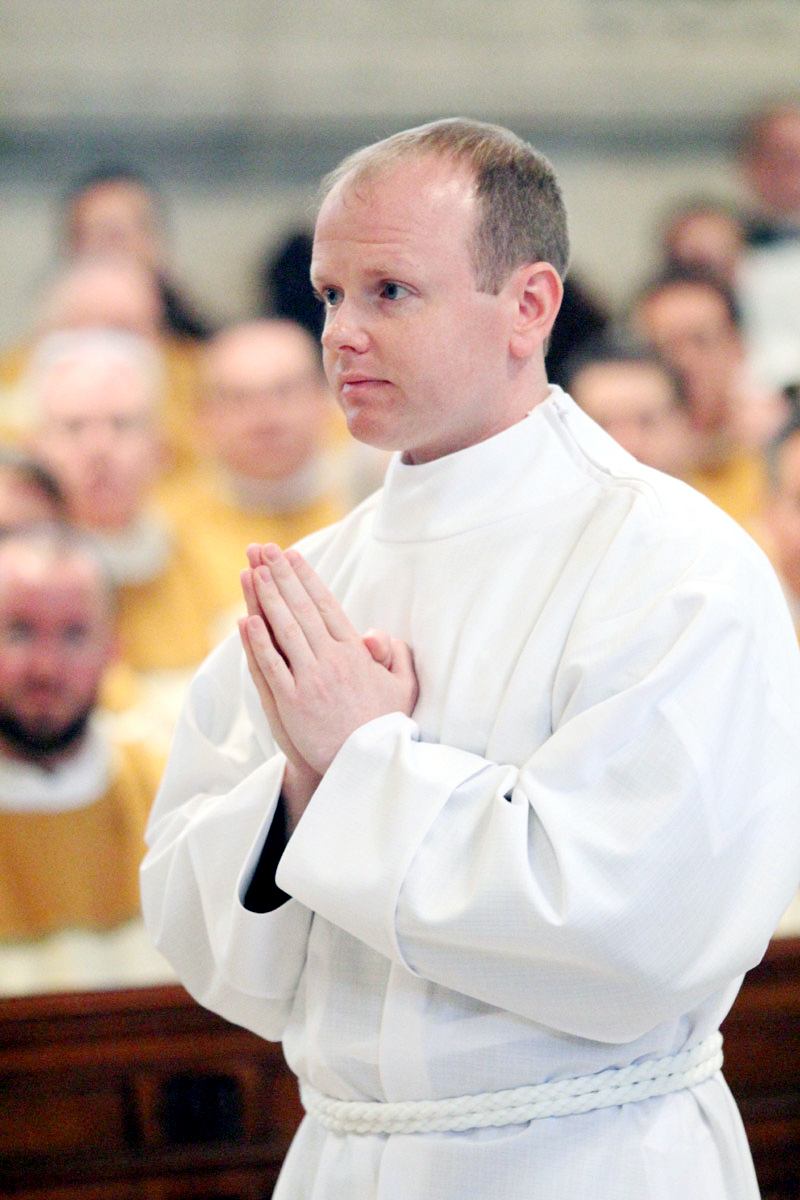 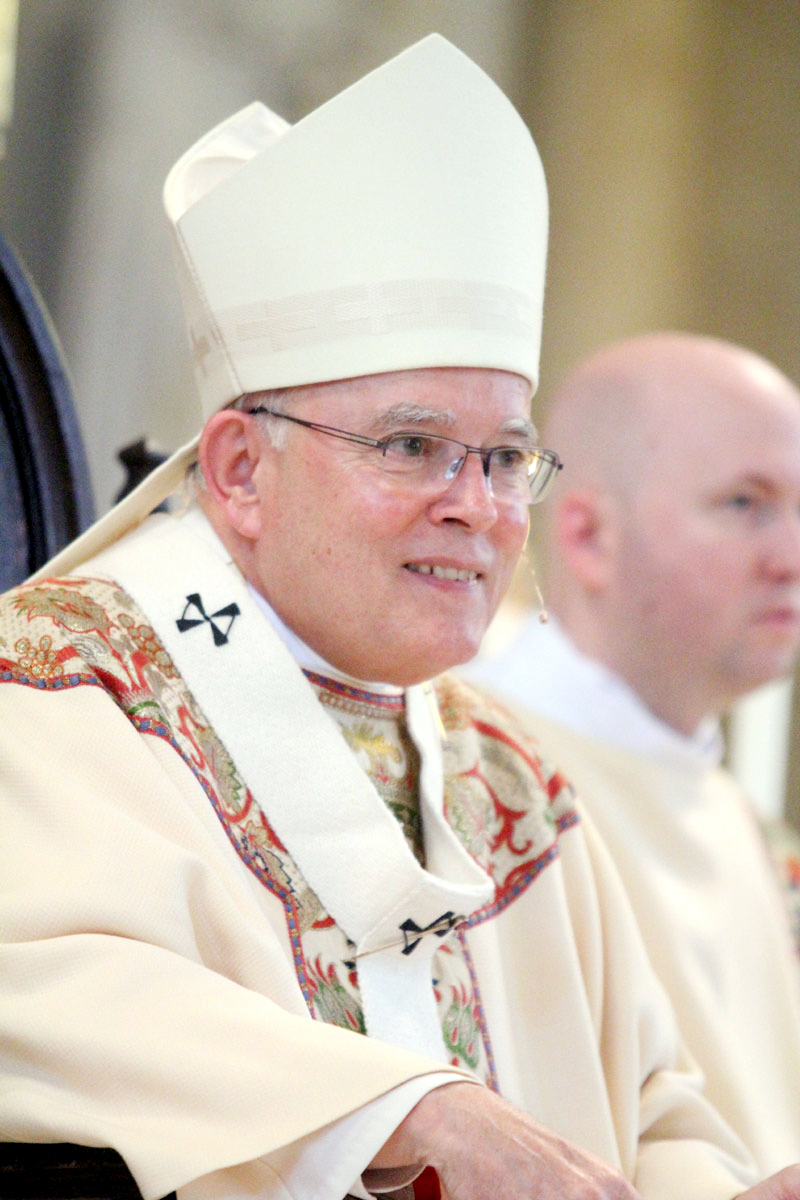 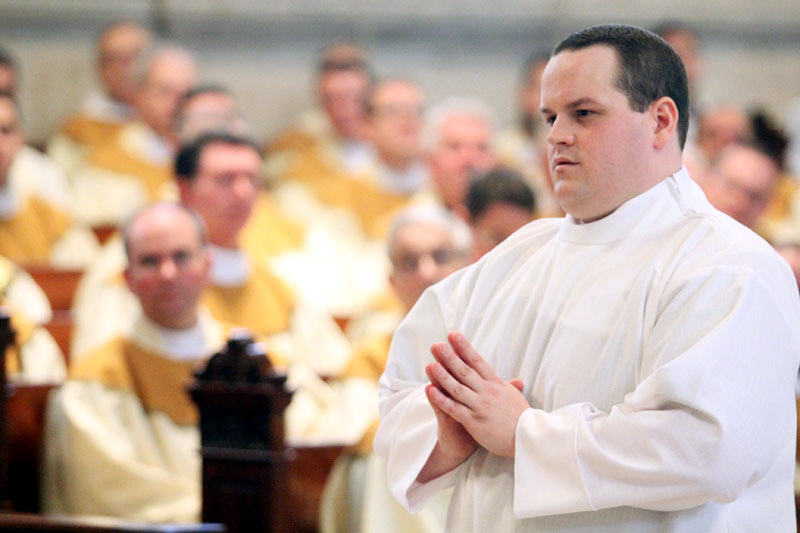 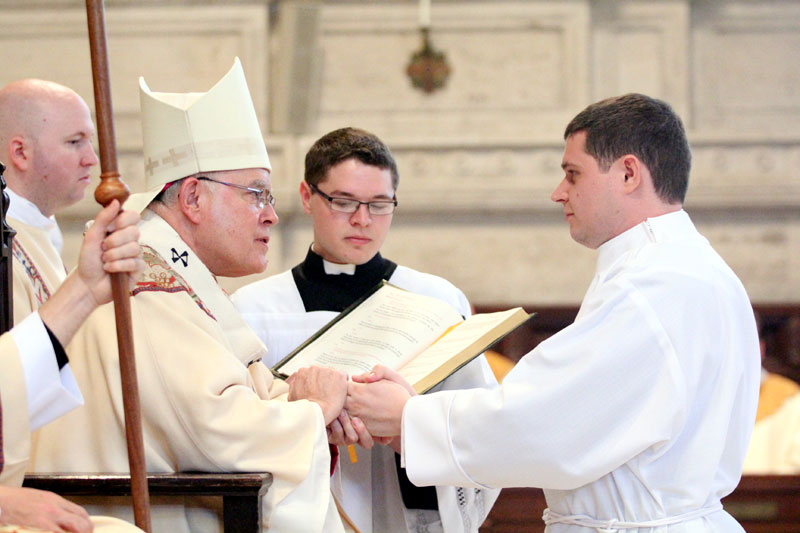 The archbishop prays for Thomas O’Donald during the ordination rite. 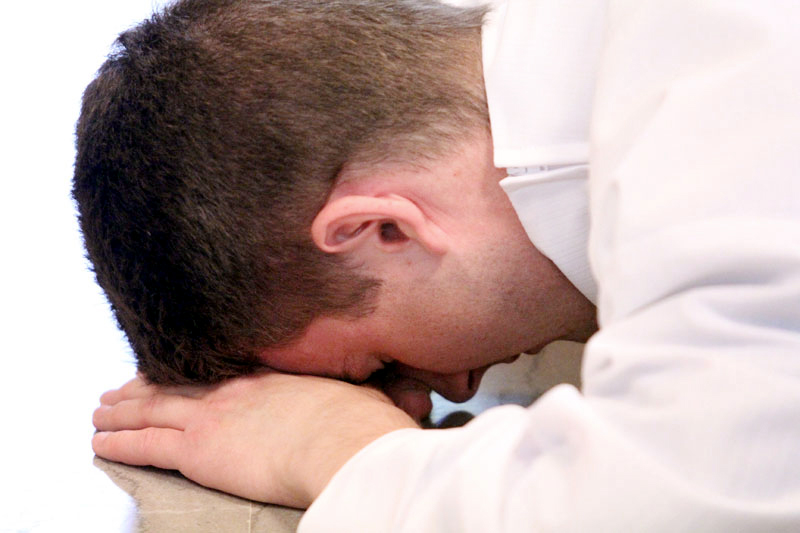 Matthew Biedrzycki lies prostrate on the floor of St. Martin’s Chapel during the litany of saints in the ordination rite. 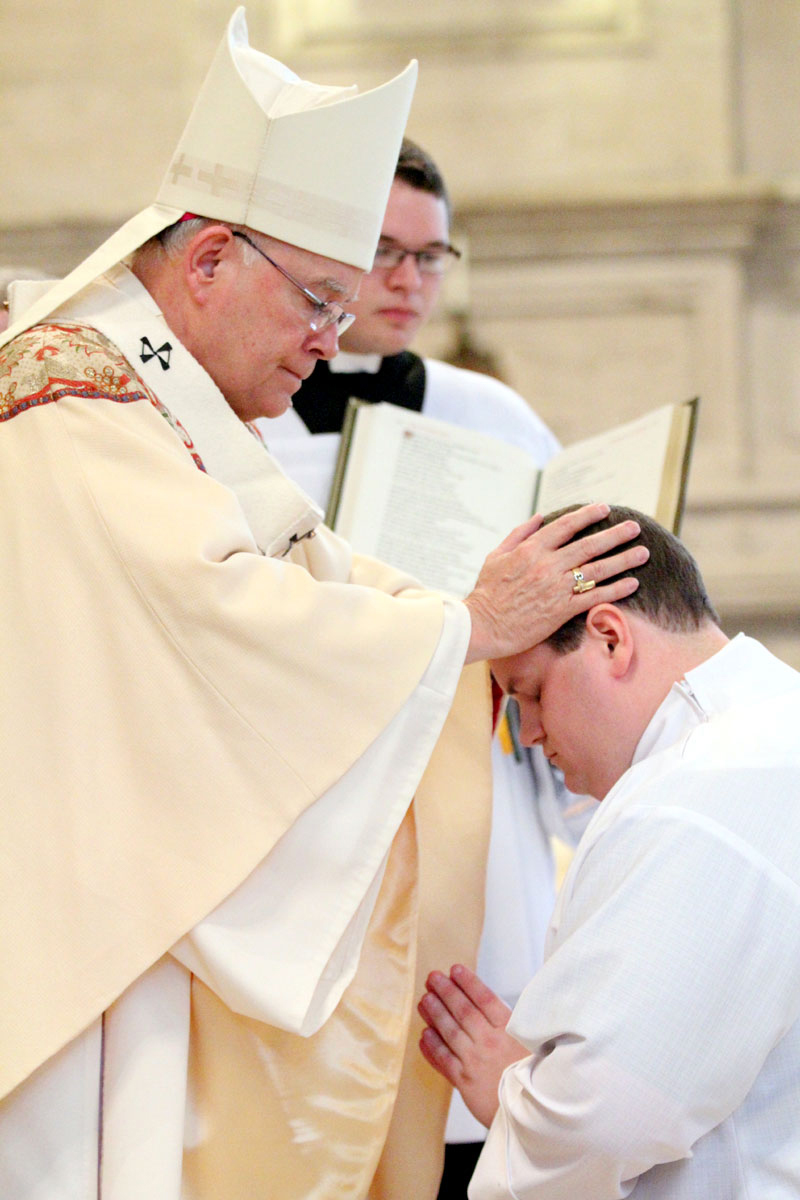 Archbishop Chaput lays hands on and prays over Mark Cavera, ordaining him a deacon. 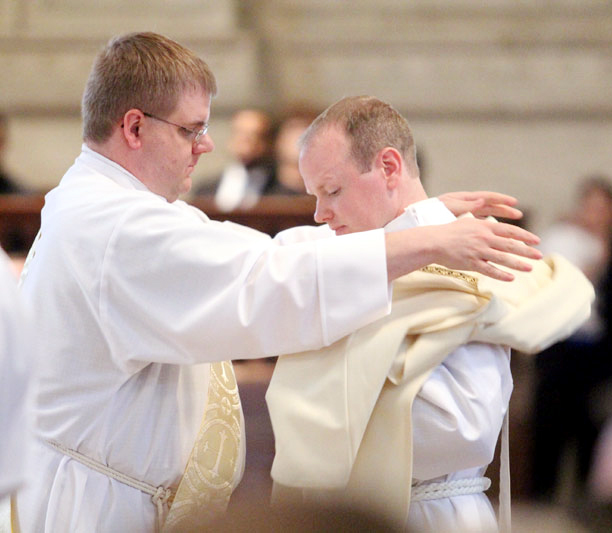 Matthew Windle (right) is vested in the dalmatic, a liturgical vestment worn by deacons, with the help of Deacon Steven Kiernan, who was himself ordained a priest one week later. 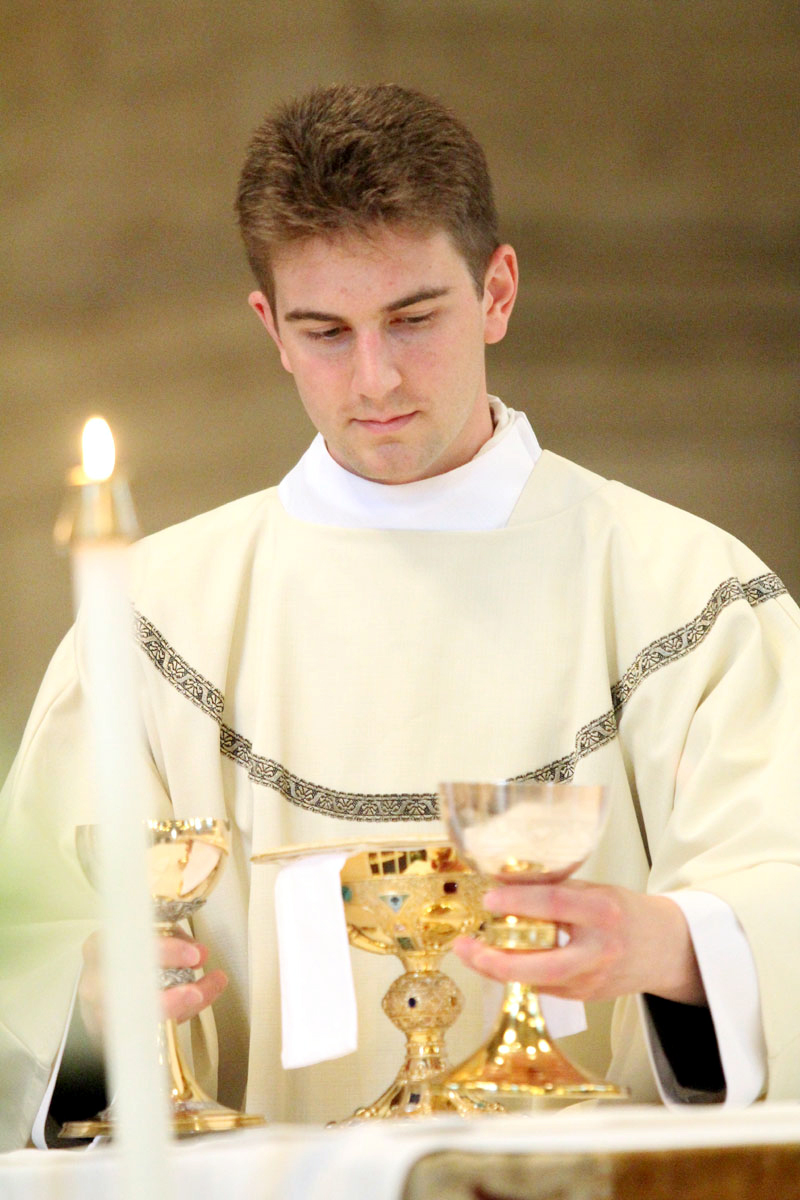 Deacon Matthew Biedrzycki prepares sacred vessels at the altar during the Liturgy of the Eucharist that followed the ordination rite. 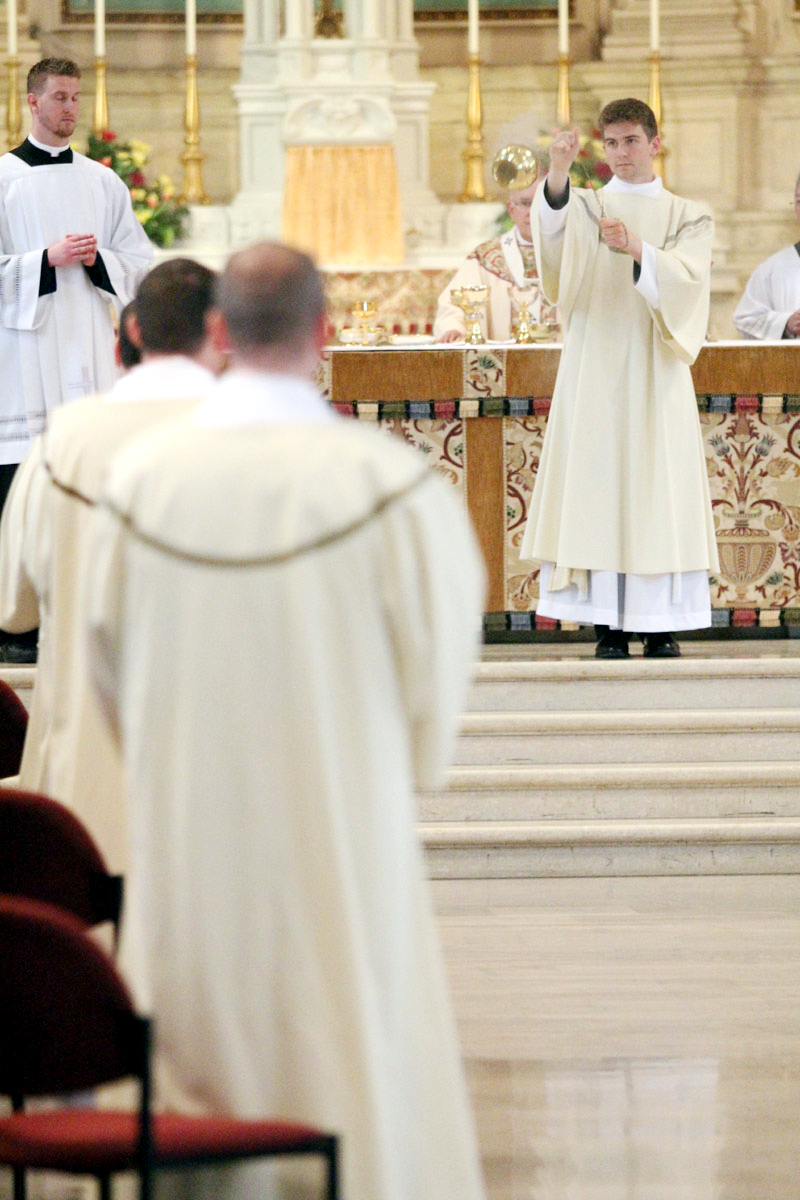 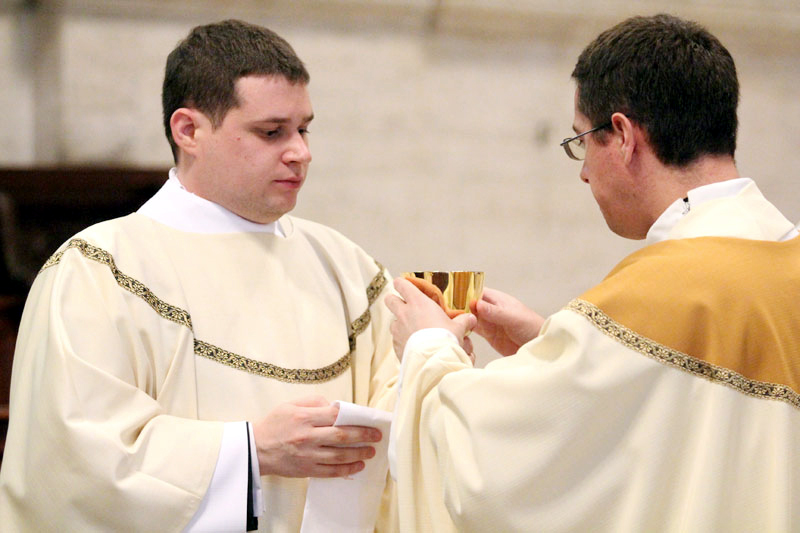 PREVIOUS: Scenes from this year’s ordination of priests

NEXT: Scenes from the Catholic League softball championship