Scenes from this year’s ordination of priests 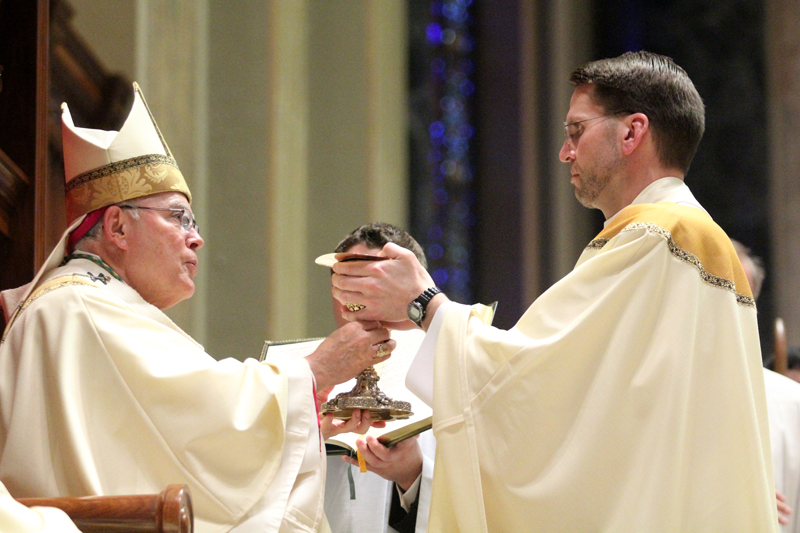 Joyful solemnity was on full display Saturday, May 16 at the Cathedral Basilica of SS. Peter and Paul as Archbishop Charles Chaput ordained seven men priests for the Archdiocese of Philadelphia. Read our full coverage. (Photos by Sarah Webb) 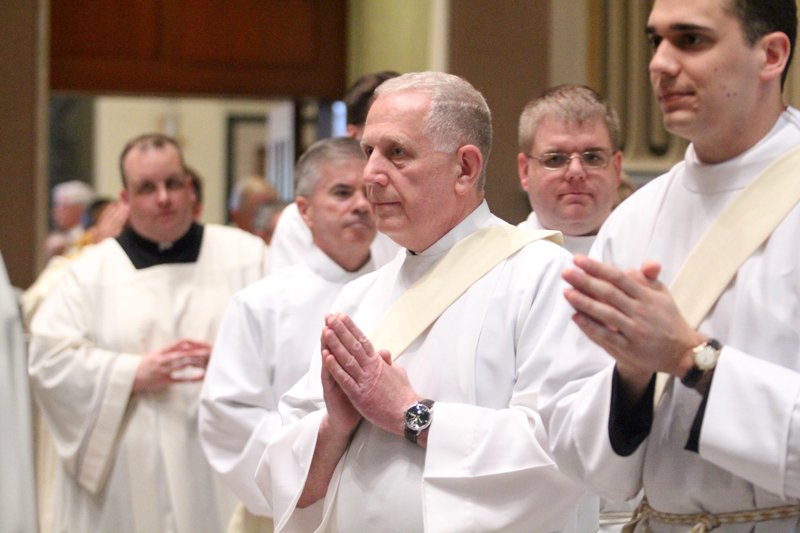 The transitional deacons begin to process into the cathedral at the start of Mass May 16. 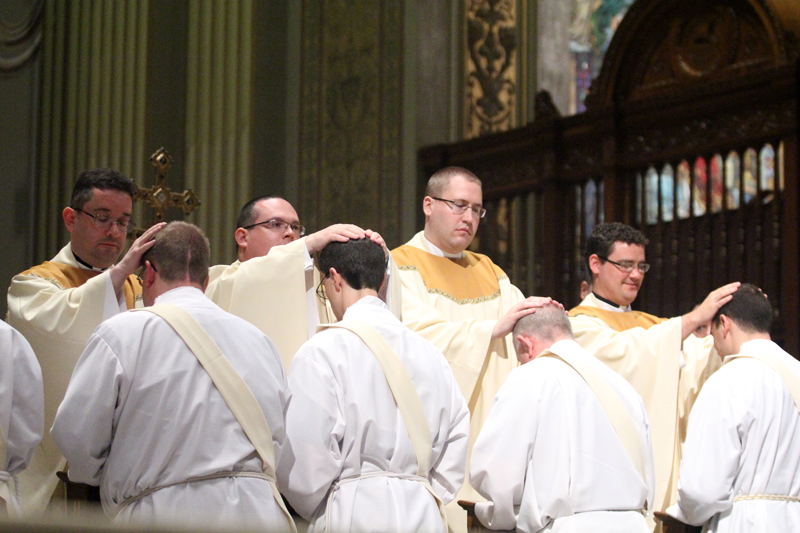 During the rite, priests of the archdiocese lay their hands and pray over the newly ordained priests. 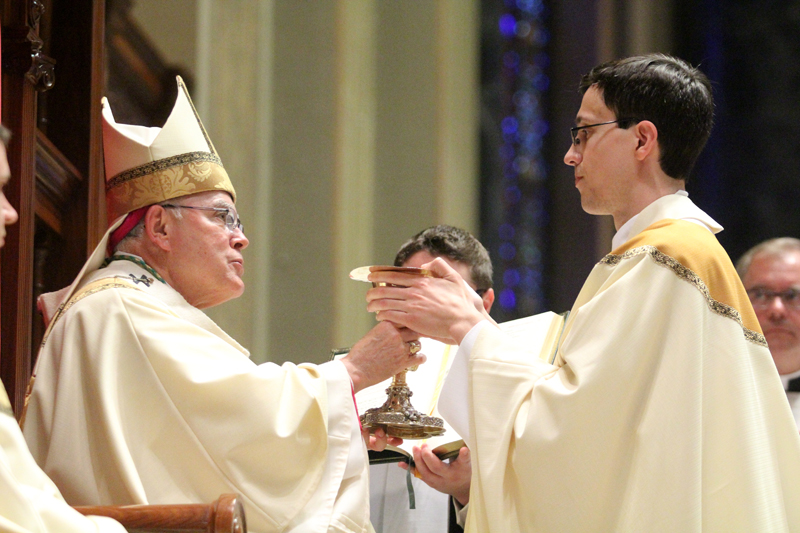 Father Alexander Gibbs receives the chalice and paten, with which he will consecrate the holy Eucharist, from Archbishop Chaput. 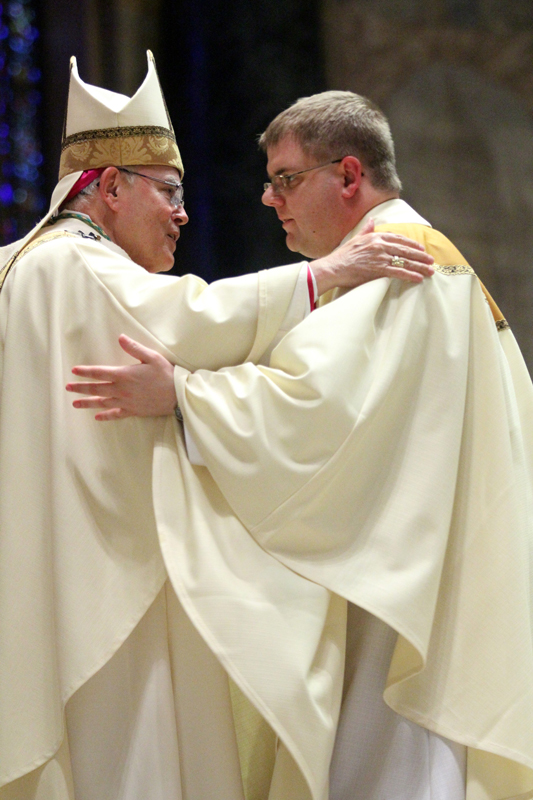 The archbishop exchanges a sign of peace with Father Steven Kiernan. 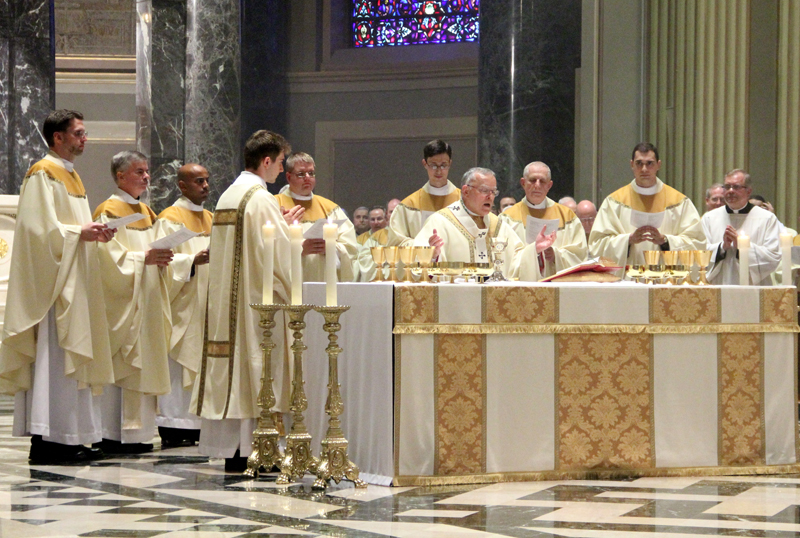 Archbishop Chaput celebrates the Liturgy of the Eucharist with the newly ordained priests concelebrating, May 16 at the Cathedral Basilica of SS. Peter and Paul. 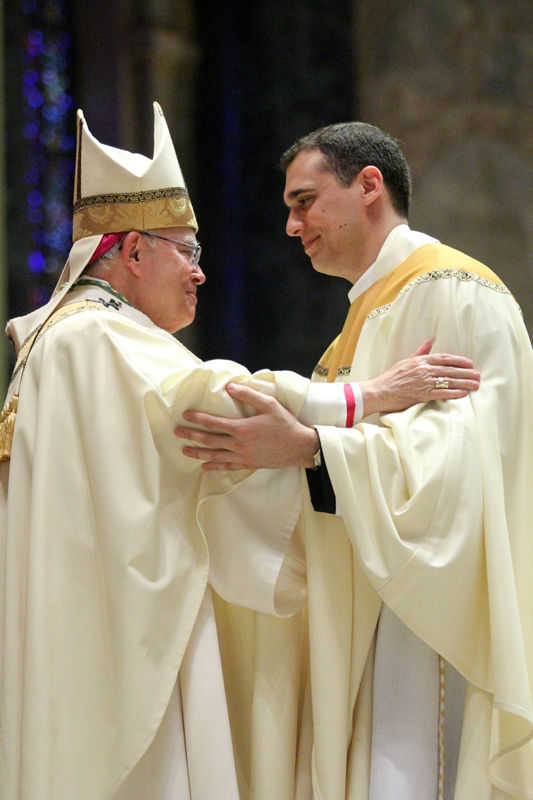 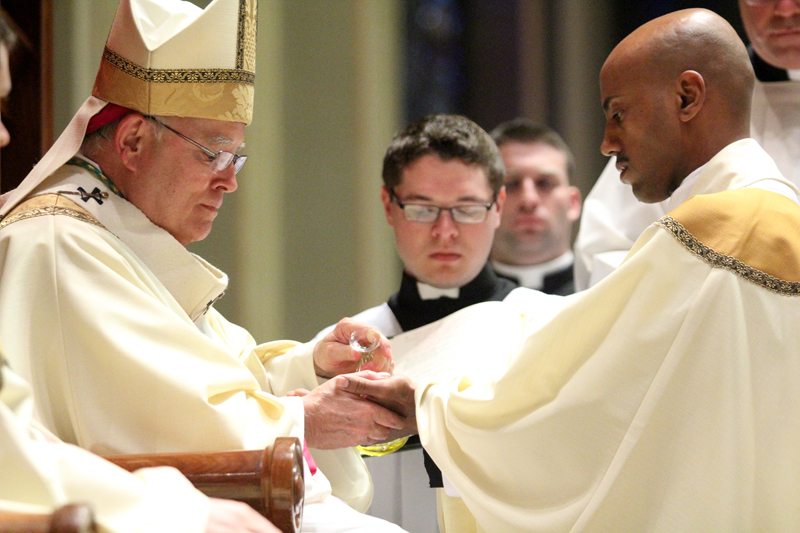 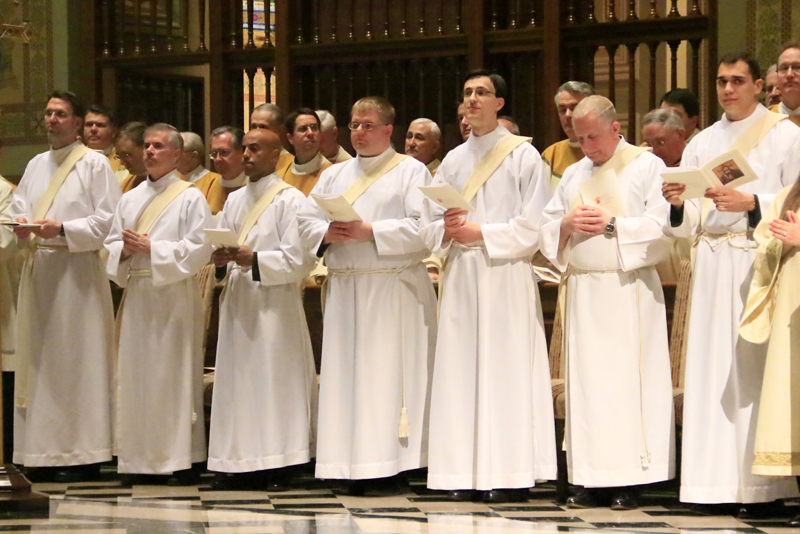 The seven members of the priesthood ordination class of 2015. 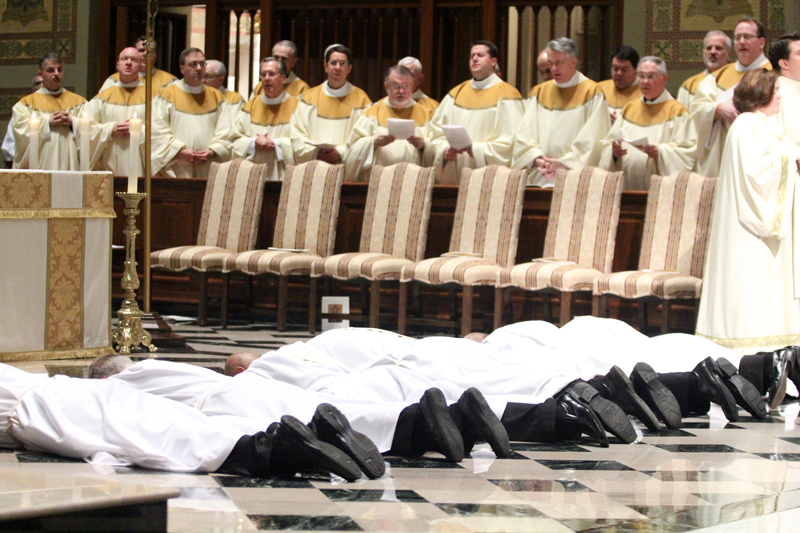 The men lie prostrate on the floor as the litany of saints is prayed by all in the cathedral, asking God’s blessing in the name of all the holy men and women of history. 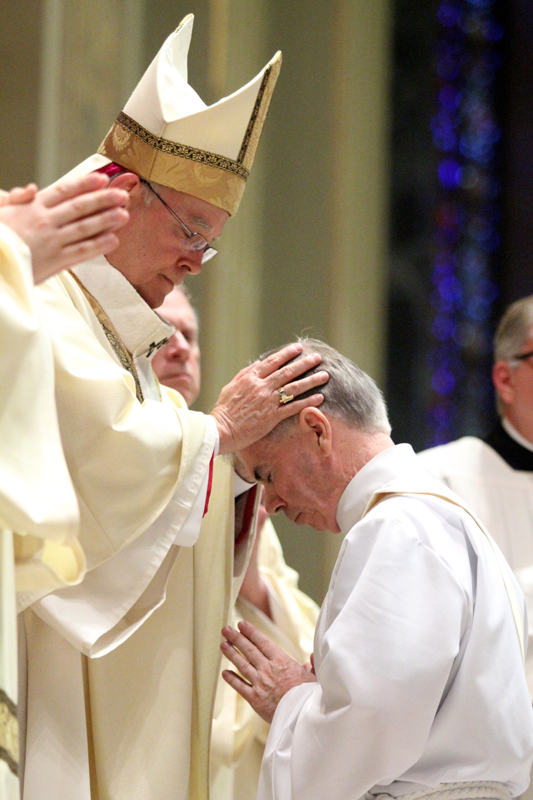 Archbishop Chaput lays hands on Father Kevin Mulligan, ordaining him a priest for the Archdiocese of Philadelphia. (Sarah Webb) 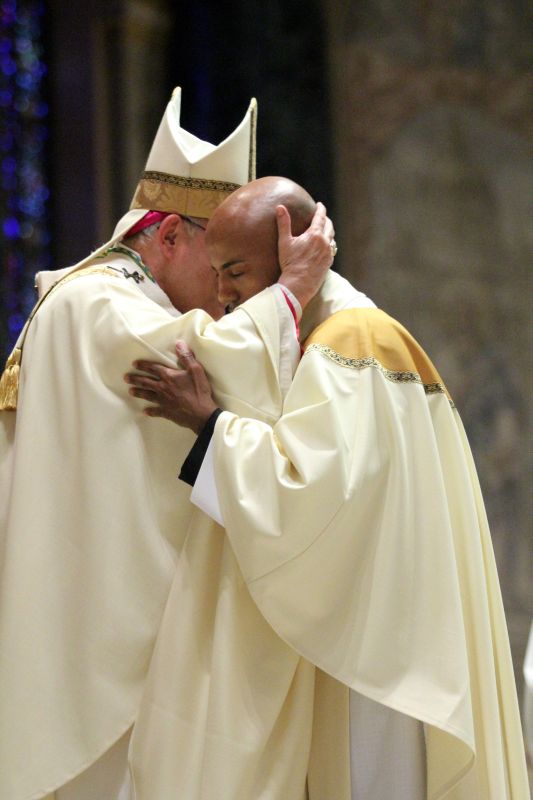 The archbishop and Father Addisalem Mekonnen exchange a sign of peace.

NEXT: Four deacons on next step to priesthood