When we give of ourselves, we enter the Kingdom of God 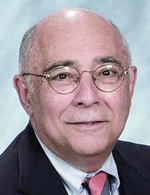 Faith in Christ is one element, hope is another. St. Paul tells us in 1 Corinthians 13:13 that “The greatest of these (theological virtues of faith, hope and love) is love.” And where there is love, there is the natural giving of oneself.

A middle aged couple, both of whom had previous marriages and divorces, wanted to have more children. They could not conceive so they adopted. They, Caucasians, adopted two infant African-American children and have provided them with a life suitable to their talents. The whole family together entered the Catholic Church at St. Norbert Parish, Paoli. The children grew up with a keen sense of virtue. The girl just completed studies at the University of Pennsylvania’s Wharton School in three years and the young boy is a scholar-athlete and has been accepted at the U.S. Naval Academy. What might their lives have been otherwise?

At the funeral of Beau Biden, he was honored as a great guy and a good, Irish-Catholic fellow. He was mentioned at the close of the CBS show “Sunday Morning,” the final words of which were, “our prayers, and may the grace of God go out to his family.” Could you imagine asking for the grace of God in a national broadcast?

I watched a 1947 movie titled, “A Gentlemen’s Agreement.” The story had to do with the hidden prejudice against Jews. Some Christians claimed they did not like the prejudice, but were deeply challenged by a few key questions: What do you say when the prejudicial comments and jokes are made? What did you do about how you felt? How important was it for you to remain in the “popular crowd?” How much real Christian character did you show?

For me the common denominator in these stories was the need to reach out for the good of others always, acknowledging what the Lord God would want us to do. When we do reach out no matter the circumstances, is that not doing our part to live the Kingdom of God which is in our hearts? Is that not fulfilling our responsibility to be fervent disciples of Christ helping to make the Kingdom of God be at hand?

It is always a joyful answer for us if our perception is that we are spreading the seeds that will cause the kingdom to flourish, if what we do merits the words, “good and faithful servant.”

PREVIOUS: Being Christian is seeking Jesus, not looking for seers, pope says

NEXT: Real Christians serve others as Christ did, pope says