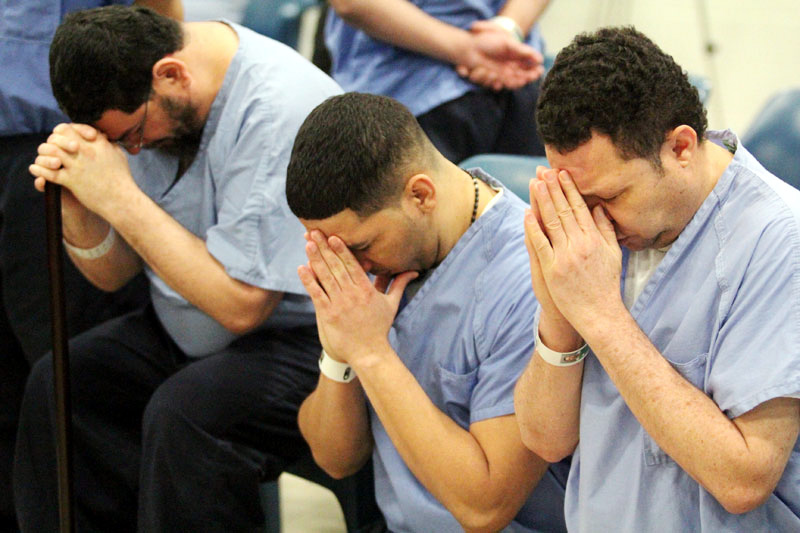 Prison inmates at Curran-Fromhold Correctional Facility in Philadelphia will share a visit by Pope Francis on Sunday, Sept. 27. (Sarah Webb)

The official itinerary as released by the Vatican follows (read full coverage here):

An interior view of the Cathedral Basilica of SS. Peter and Paul, Philadelphia, where Pope Francis will celebrate Mass Sept. 26. (Sarah Webb)

Afternoon:
Seminarians of St. Charles Borromeo Seminary greet Pope Francis at the front steps of the seminary in Wynnewood.
4:45 p.m. — Address by Pope Francis, “We Hold These Truths …” on the expected themes of religious liberty and immigration, outdoors at Independence Hall, overlooking Independence Mall.

Evening:
7:30 p.m. — The Festival of Families on the Benjamin Franklin Parkway in Philadelphia.

Afternoon:
4 p.m. — The Papal Mass on the Benjamin Franklin Parkway, projected for 4 p.m.

Evening:
7 p.m. — Celebration of the World Meeting of Families for supporters and volunteers at Philadelphia International Airport.
7:45 p.m. — Official departure ceremony at airport.

PREVIOUS: Church as mother: Even when Catholics sin, she remains holy

NEXT: Archdiocese and Catholic teachers’ union agree to new contract