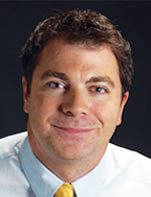 “Catholicism has become the most racially, ethnically, and linguistically diverse religion in the nation,” according to Mark Gray, a senior research associate for the Center for Applied Research in the Apostolate (CARA) at Georgetown University.

Among U.S. Catholics, roughly seven percent of Catholic parishioners are “highly engaged” while 93 percent are “less engaged,” according to Matthew Kelly, founder of The Dynamic Catholic Institute in Cincinnati.

The church needs priests who are highly or fully engaged to minister to all of them; thus, the theme of this year’s annual archdiocesan Convocation for Priests, titled “The Priesthood Fully Engaged,” held May 26-28 in Hershey, Pa.

Keynote speaker Matthew Kelly addressed the more than 300 priests of the Philadelphia Archdiocese, including Archbishop Charles Chaput and three auxiliary bishops, gathered for prayer and fellowship at the convocation. (See Archbishop’s Chaput’s address to the priests.)

An internationally acclaimed speaker, author and business consultant, Kelly explains that the institute’s mission is “to re-energize the Catholic Church in America by developing world-class resources that inspire people to rediscover the genius of Catholicism.” Some of his 16 books have appeared on the bestseller lists of the New York Times, Wall Street Journal and USA Today, and have sold more than 10 million copies.

Kelly, whose wife Meggie is expecting their fourth child, said in his talk, “As human beings we are constantly engaging and disengaging in everything we do.  We engage and disengage at work, in marriage, as parents, in our quest for health and wellbeing, in personal finances, environmentally, politically, and, of course, we engage and disengage spiritually.”

Kelly identified the four signs as prayer, study, generosity and evangelization. Dynamic Catholics, he pointed out, have a daily commitment to prayer; are continuous learners; are filled with a spirit of service and are generous stewards of their time, talent and treasure; and they invite others to grow spiritually by sharing the love of God with them.

Kelly said that if every parish engaged just another one percent of its parishioners annually, transforming them into dynamic Catholics, the Church could grow and change the world.