Deacon Brown, a philosopher for almost half-century, dies at 91 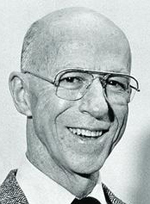 Deacon Clifford W. Brown, 91, a retired permanent deacon who served at Our Mother of Consolation Parish in the Chestnut Hill section of Philadelphia, died June 8.

Born in Flushing, N.Y., he received his Bachelor of Arts degree and Master of Arts degree from the University of Pennsylvania and his Ph.D. from Bryn Mawr College. He was an associate professor of philosophy and founding Chair of Philosophy at Rutgers University, Camden, where he taught for 49 years until his 2009 retirement from teaching.

Married to his wife, Joanne (Obermiller), for 46 years, he was the father of four children; Joseph, Adam, Jenny and Amy. He entered the diaconate program and was ordained by Archbishop Anthony Bevilacqua at the Cathedral Basilica of SS. Peter and Paul on May 29, 1988.  In addition to his service at Our Mother of Consolation until his retirement in 2010, he served as clergy coordinator for ecumenical and interfaith affairs for Philadelphia-North, 1998-2010.

Prior to the Mass, Our Mother of Consolation parishioner Chris Roberts, himself a deacon candidate, gave a eulogy for Deacon Brown that really captured the man.

Roberts relocated to this area a decade ago and the two became friends because they had a great deal in common, both with careers in education but especially because he is a convert to Catholicism as were Cliff and Joanne Brown.

Cliff was born Methodist but drifted away from religion during his college years. It was through his readings of such great Christian writers as C.S. Lewis, John Henry Newman and John Courtney Murray that his faith was rekindled, and he decided it would be through Catholicism.

He knocked on the rectory door at St. Gabriel, Norwood, and told the young curate who answered that he wanted to become Catholic, and the curate said, “Well, then. You are my first convert.”

Roberts voiced regrets that he did not meet Deacon Brown when he was younger, raising his children and indulging in his great love for the outdoors, especially the Maine woods.

“However, in another sense I thank God I met Cliff at just the right time,” he said. “My family moved to Philadelphia so that I could take a job teaching theology and ethics at Villanova, around the same time Cliff was winding down from teaching philosophy at Rutgers. Cliff proved by example the life of the mind – a mind hungry for truth, and open to divine light – could be a beautiful life worth living, a way of serving God.”

In addition to his wife and children, Deacon Brown is survived by three grandchildren.

PREVIOUS: Franciscan sister, a PhD chemist and teacher, dies at 68