Franciscan sister, a PhD chemist and teacher, dies at 68 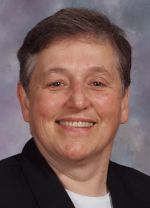 Sister Rose Monica Katusz, O.S.F., (68) died May 30 in Assisi House, Aston, at the age of 68. She had been a professed member of the Sisters of St. Francis of Philadelphia for 47 years.

Sister Rose Monica (Kathryn Mary Katusz) was born in Wilkes-Barre, Pa., and grew up in Dundalk, Md., where she was a member of St. Rita Parish and a graduate of the Catholic High School of Baltimore.

She ministered primarily in education on elementary, secondary and college levels and in missionary work in Africa and Alaska. In 2012 she received an award from the Children of God Relief Fund recognizing her work in helping to establish Lawson High School in Nyumbani Village in Nairobi, Kenya.

In 2014 she received the Franciscan Heritage Award from the Catholic High School of Baltimore. The award recognizes alumnae for “serving the poor, leading initiatives for social justice, empowering others to reverence creation, and giving witness to the Franciscan spirit in the world.”

Sister Rose Monica ministered in the Archdiocese of Philadelphia for 38 years. She began her years in teaching at Our Lady of Perpetual Help School in Morton (1968-1971). From 1971-1974 she taught at West Catholic Girls High School. Her ministry on the college level included teaching chemistry at Neumann University (1985-1987, 1992-1993).

Between 1993 and 1995 she divided her time by working as a lecturer at Neumann University and the College of Allied Health at Jefferson University and as a math and science tutor at Harcum College in Bryn Mawr. She also served as director of special projects for mission and ministry at Franciscan Health Systems in Aston.

From 2012-2015 she worked at Delaware County Community College, first as assistant dean of the science department and then as an adjunct of special projects. Shortly before her death, she began working as a volunteer in the congregational finance office for the Sisters of St. Francis.

Sister Rose Monica also ministered for five years in the Diocese of Allentown where she taught at Holy Name High School in Reading from 1974-1979.

Sister Rose Monica’s five years of ministry in the Diocese of Fairbanks, Alaska, included serving as an administrative assistant and staff person in the Delta Program in St. Marys, Alaska, and in the surrounding Yupik villages (2003-2008).

The funeral Mass for Sister Rose Monica was celebrated June 2 in Our Lady of Angels Convent Chapel, in Aston.

NEXT: Deacon Brown, a philosopher for almost half-century, dies at 91