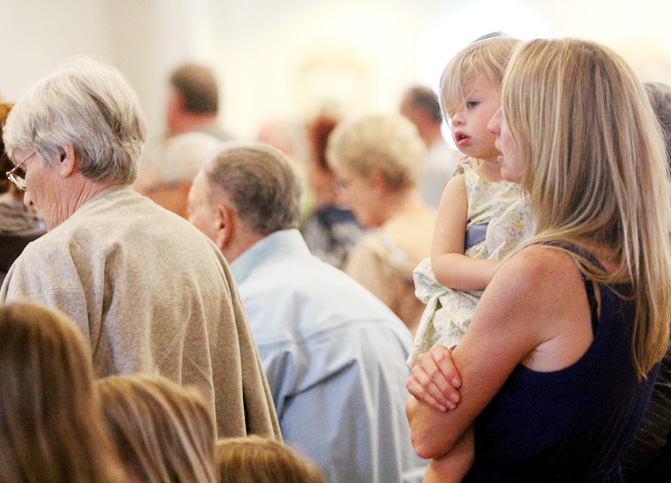 Parishioners and guests gathered for the vigil Mass at St. John Bosco Church in Hatboro on Saturday, May 9. The parish pastor, Father Gary J. Kramer, was the celebrant and homilist. The Church is located at 235 East County Line Road, Hatboro, Bucks County. (Photos by Sarah Webb) 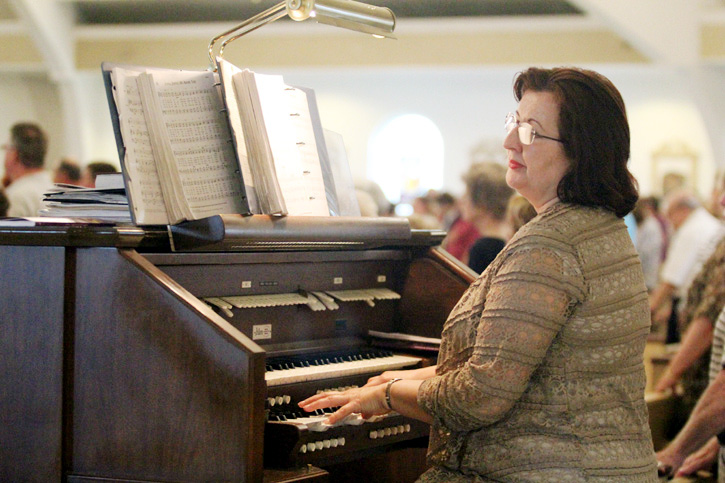 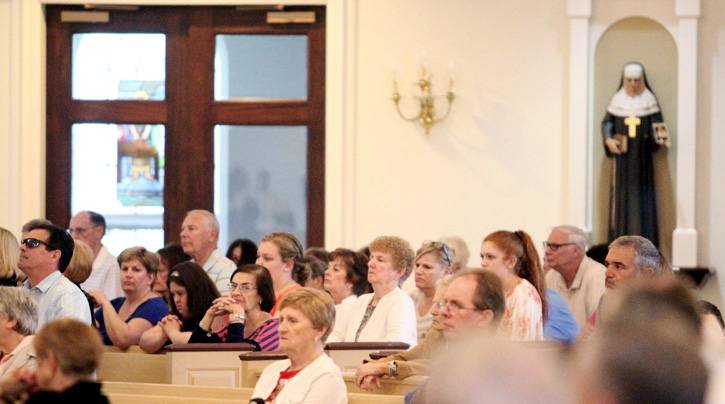 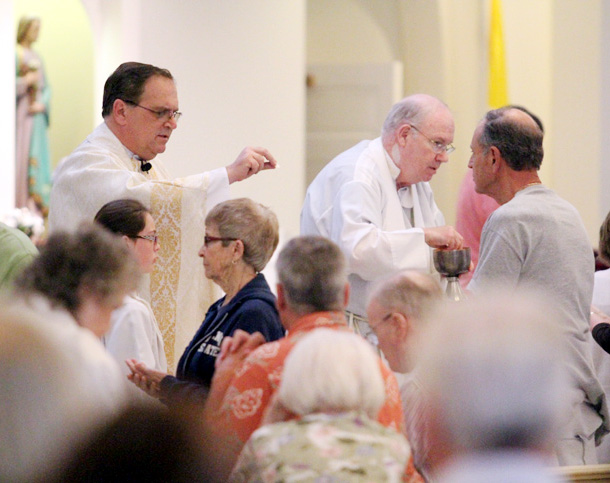 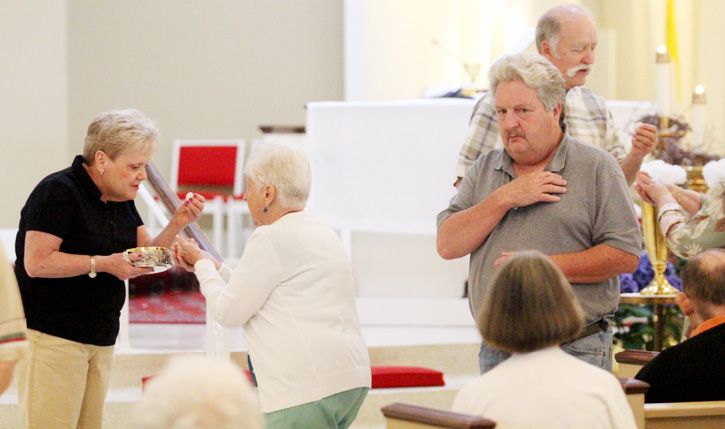 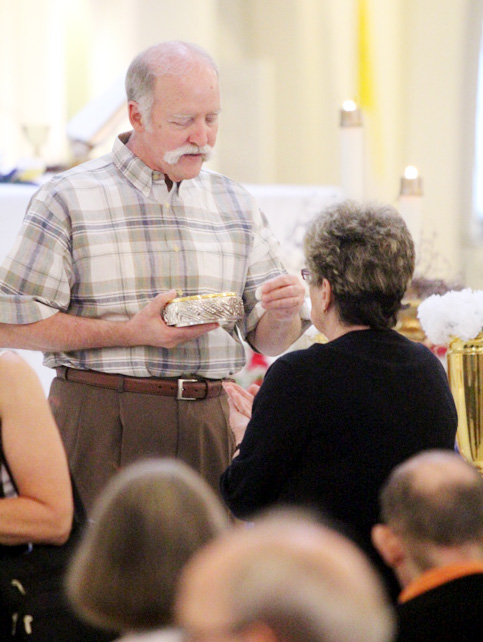 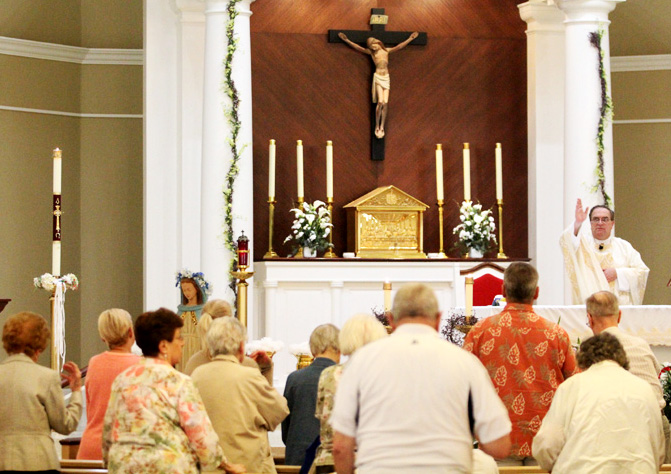 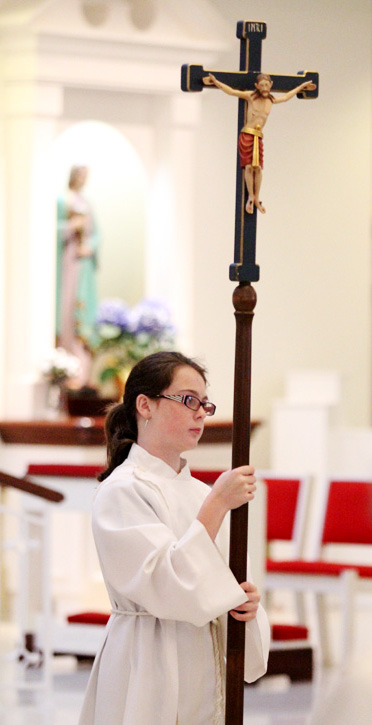 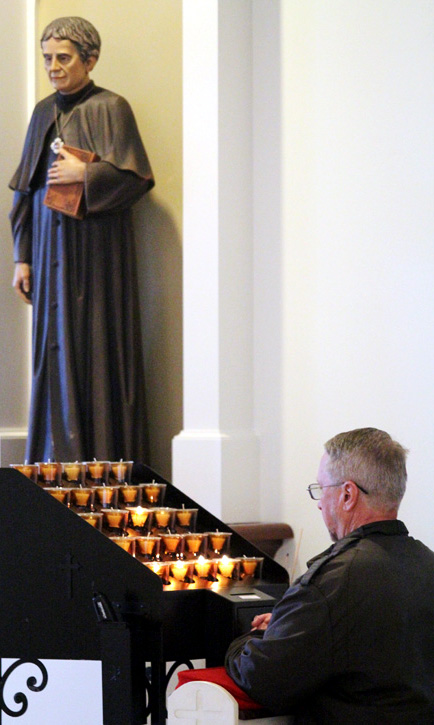 A parishioner lights a candle and says a prayer after Mass. 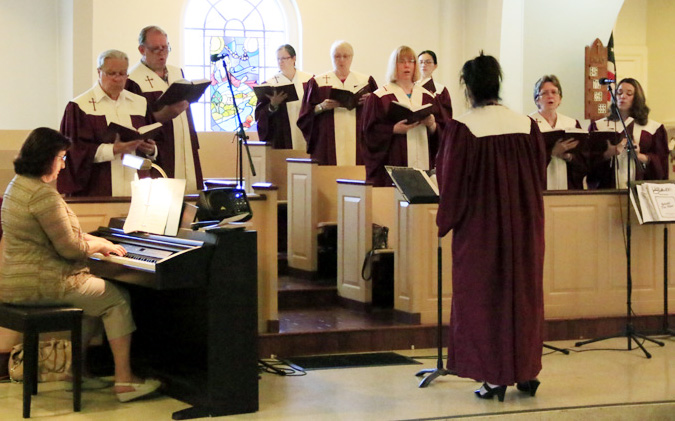 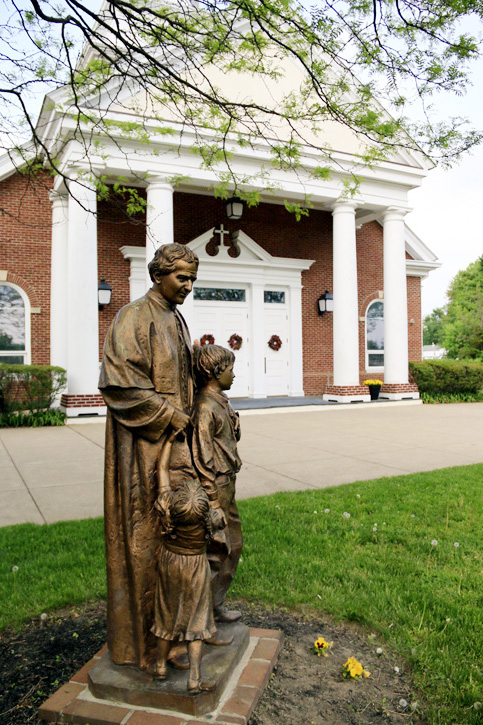 A statue depicts the 19th century priest St. John Bosco with underprivileged children to whom he dedicated much of his priestly ministry. He was canonized in 1934. 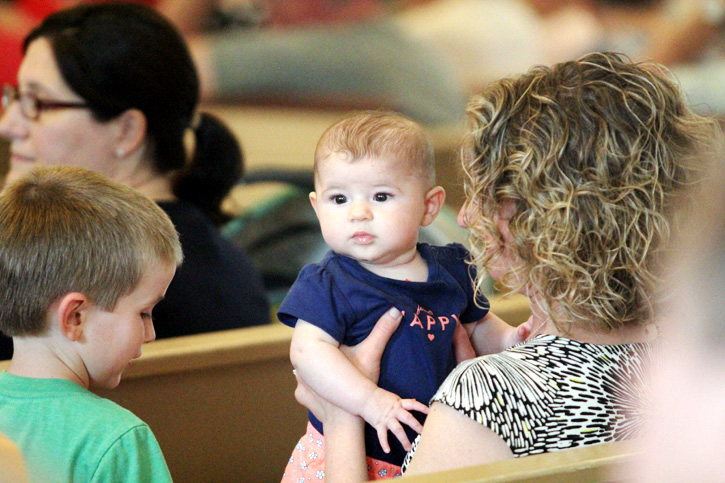 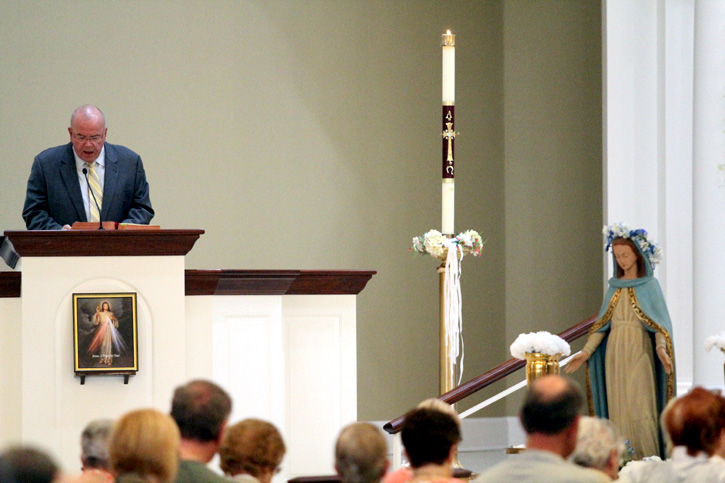 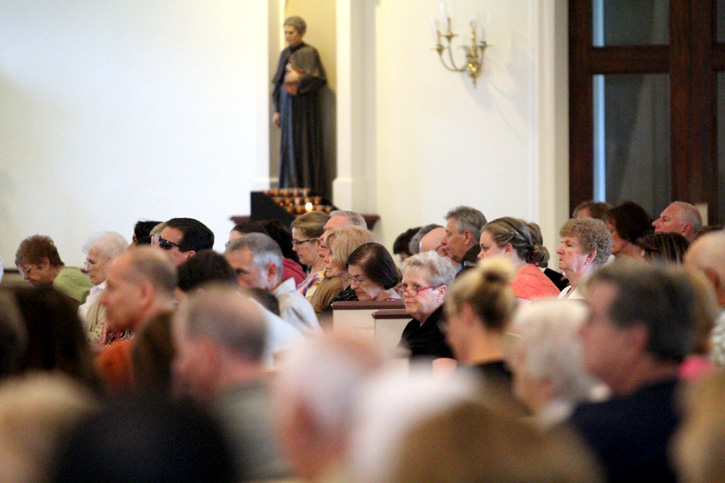 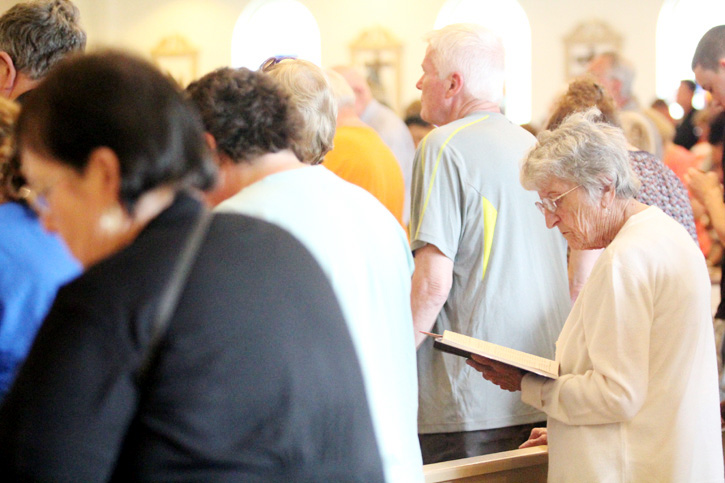 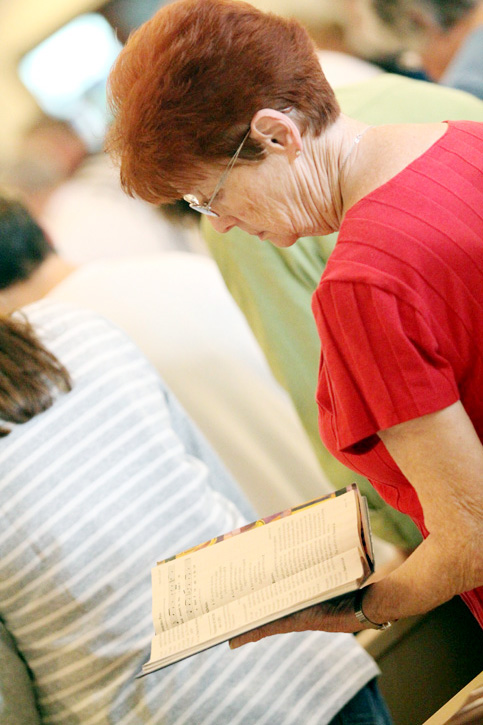 Dot Jucewicz follows the Liturgy of the Word with her missalette. 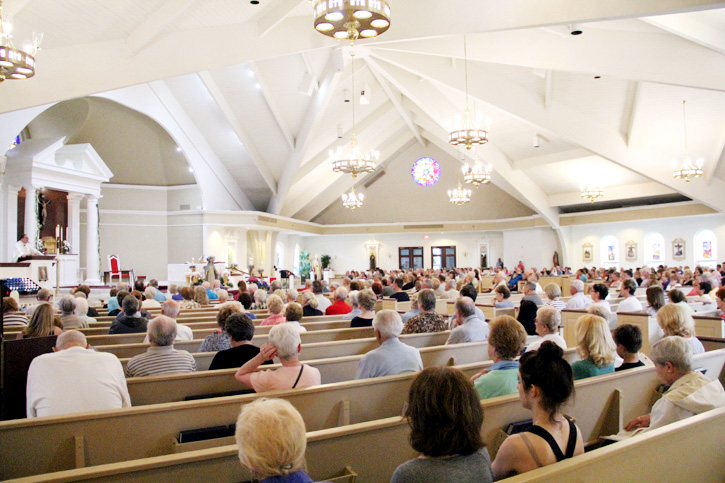 Isabell Johnston is held by her mom, Anne, during Mass with sisters Maren, Brigid and Teresa. 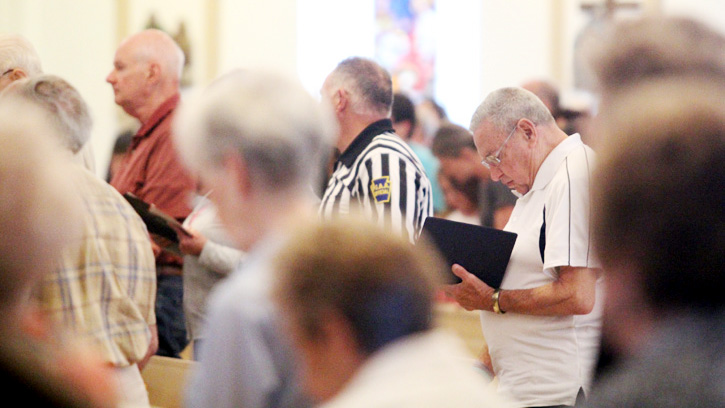 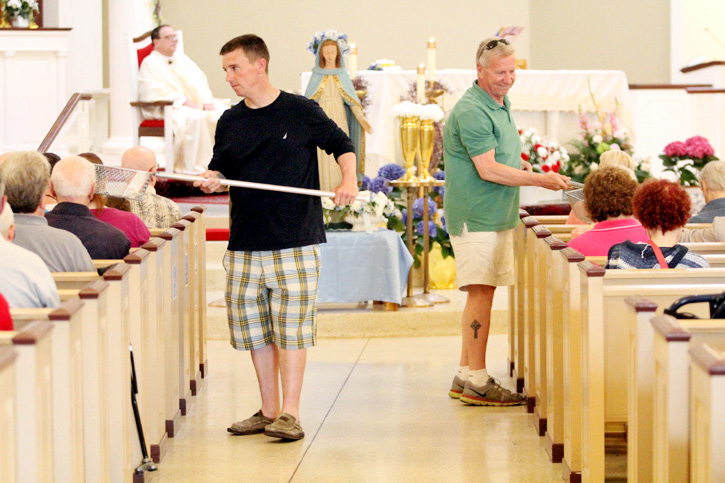 Brett Lawhead, left, and his father Bernie serve as ushers. 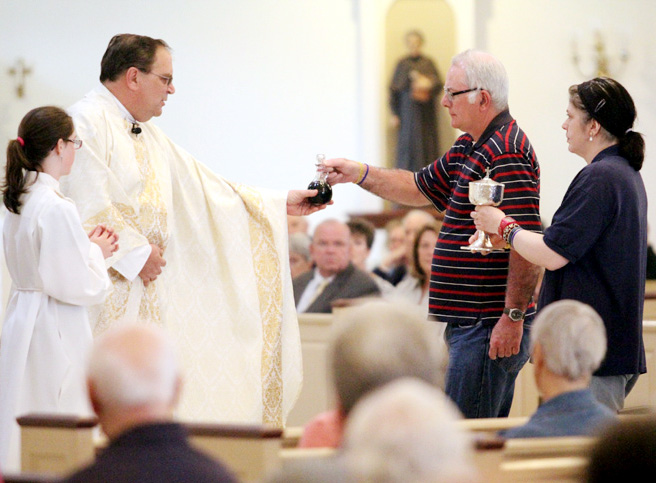 The offertory gifts, including the bread and wine that will be consecrated into the body and blood of Christ, are brought up to Father Kramer at the start of the Liturgy of the Eucharist.. 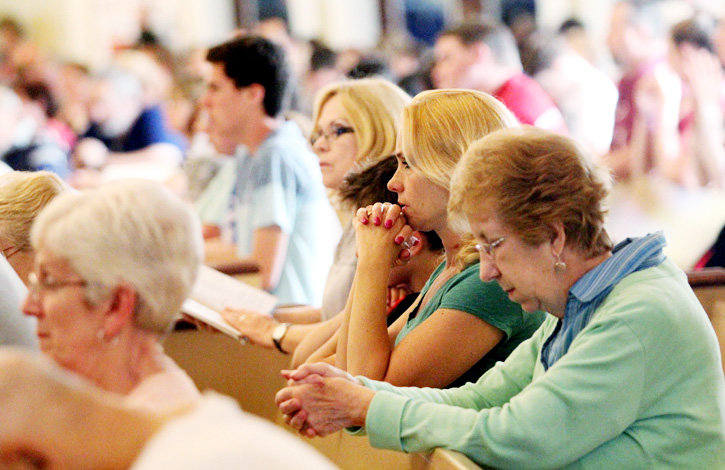 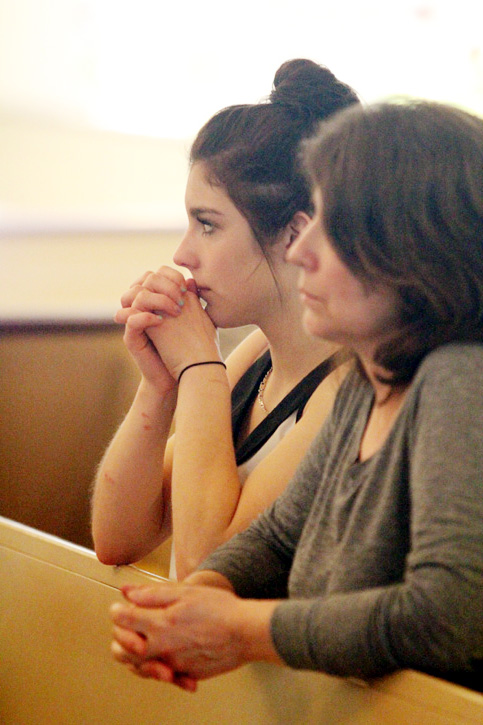 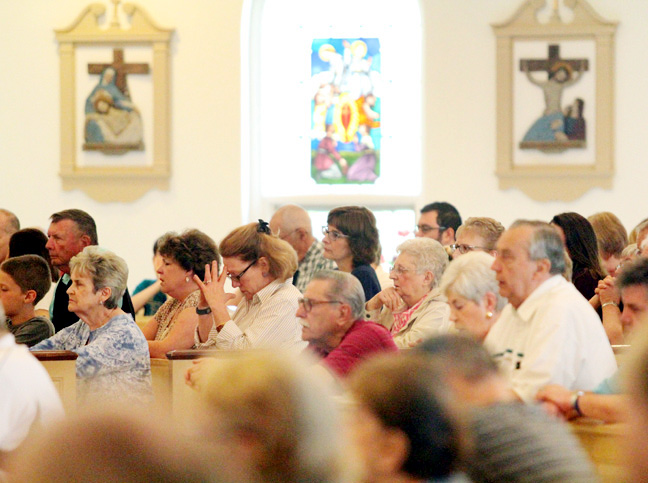 NEXT: Across the Aisles: St. Bede’s 50th anniversary