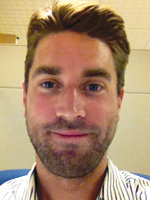 In early June all 35 Assyrian villages along the Khabur River in northeastern Syria that had been under the control of the so-called Islamic State were liberated. Besides the importance of battlefield victories, the news bears particular significance considering Assyrians living in Syria are located almost exclusively throughout this area.

For those who were forced to flee, a sense of relief must be mixed with fear and doubt — relief for the possibility of returning to their villages while simultaneously fearing any thought of becoming refugees again.

Unfortunately for Assyrians currently residing along the Khabur River memories of fleeing their lands by force remain strong. In just the past 100 years several tumultuous journeys expedited their arrival to northern Syria from various cities throughout the region. Many trace their roots to the Hakkari mountain region in southeastern Turkey.

However, following the genocide in 1915 these Assyrians found themselves marching to Urmia, Iran, where many eventually fought against Turkish troops with British encouragement. In 1918 around 70,000 Assyrians were surrounded and forced to march 500 kilometers to Hamedan, Iraq.

A solution for part of the Assyrians who fled to Iraq was found in 1934 when permits were given by the French mandate authorities. These permits allowed some 9,000 Assyrians to settle in northern Syria in May 1936.

Desperate to avoid the wave of persecutions following them, many found new homes in the Khabur region while others ventured to Syria’s economic hub, Aleppo. Almost 80 years later, the children and grandchildren of these Assyrians once more find themselves facing new persecutions.

Reports of the Khabur region being liberated certainly generate reasons to hope for a better future, but how long can this hope sustain?

According to Afram Yakoub, chairman of the Assyrian Federation of Sweden, “some families have already returned but considering the overall instability in the area the majority will be reluctant to go back.” This injustice must come to an end. Enough fleeing.

PREVIOUS: 10 reasons why going to church can make you feel better

NEXT: One spouse feels the urgency when couple can’t conceive