For Philadelphia, a reluctant shining hour 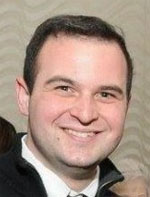 Philadelphia is a city with an inferiority complex. I know. I’ve lived here my entire life.

This usually expresses itself in benign ways. “Even when the Phillies were good (cf. 2007-2011), they never received the respect they deserved,” says a Philadelphia sports radio caller. “They should have kept the nation’s capital here and not moved it to New York and then Washington, D.C.,” says the more civic-minded.

And for the sake of your own health, leave the room immediately if someone from Boston mentions to a Philadelphian that Benjamin Franklin was actually born in that fair city in Massachusetts.

That is why everyone’s most beloved fake Philadelphian is Rocky Balboa, a tough, hard-scrabble Italian kid from the streets who had to make up for a lack of natural ability by fighting for everything he had. There’s nothing wrong with that, by the way. In fact, there is something ennobling when one must make up for weakness with grit.

Yet for all this, I am somewhat disappointed in my home city.

Everywhere I go, people ask me about Pope Francis’ visit. Many are excited. They want to know if and how I am going to be involved in the World Meeting of Families and the Papal events. Yet apparently these people are putting on a brave face for me because, according to the news, everyone is miserable and jaded about the whole experience. Most people interviewed either seem to be (1) angry about losing money, (2) annoyed about driving restrictions, or (3) happy to inform anyone that will ask that they are getting out of town for the weekend.

Yes, I know: it’s going to be inconvenient. But think about this for a second: Pope Francis is celebrating Mass at Madison Square Garden (MSG) in New York the morning before he gets to Philadelphia. MSG, for those who aren’t up on their Big Apple geography, is located directly above Penn Station, the busiest train station in the United States.

But New York is used to this. They’ve been down this road many times. They know how to be the Capital of the World.

So far, Philadelphia has revealed itself to be the capital of whining.

Nevertheless, I am convinced that in the end, we will show our true colors. Everyone will be perfectly safe. All those who need to give birth will do so safely. Most of all, hundreds of thousands of people will brave the inconveniences to be able to tell their grandchildren that they saw Pope Francis in the shadow of the Rocky steps.

I can’t wait for my home city to breathe a sigh of relief and yell a collective “Yo, Adrian, we did it.”

Because, as we all know, we live in a city known for its hospitality. I just hope Pope Francis isn’t a Mets fan.

Eric Banecker is in his fourth year as a seminarian studying for the Archdiocese of Philadelphia. A native of Philadelphia, Eric attended Roman Catholic High School and the University of Pennsylvania, where he received a B.A. in English and Classical Studies in May 2011.

PREVIOUS: Read this standing up, you may live longer

NEXT: A lesson in grace from Jimmy Carter