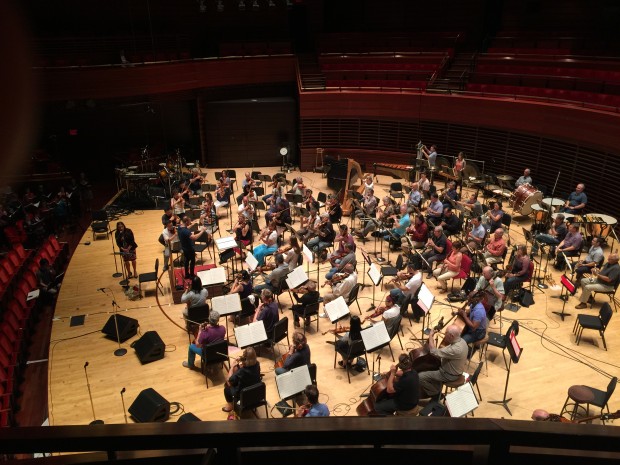 Jennifer Montone, principal hornist for the Philadelphia Orchestra, readily admits she has lived a charmed life. A graduate of Julliard, she’s played with the New York Philharmonic, won a Grammy Award for her recording of the Penderecki Horn Concerto and performed with the orchestras of several Broadway shows.

So where do her appearances with the Philadelphia Orchestra this weekend — in front of Pope Francis — rate?

“Very highly,” she says, without hesitation. “It’s going to be incredible. It’s such an historic event for him to come to Philadelphia. It’s a huge thrill for us to be involved in that visit.”

The Philadelphia Orchestra will play in the presence of the pope at the Festival of Families on Saturday, Sept. 26, and during the Mass on Philadelphia’s Benjamin Franklin Parkway on Sunday, Sept. 27.

Montone admits she and her colleagues still get flutters in important situations.

“We always get a little bit of nerves and a lot of excitement,” she allows, calling it part of the fun. “Playing in the Philadelphia Orchestra is a very exciting job to begin with, so this weekend is just that to the nth degree.” 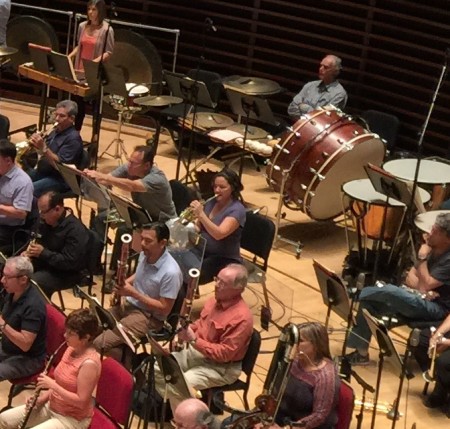 Montone says the occasion will have the orchestra playing at its absolute best and most passionate.

“The connection between an audience and an orchestra is so special,” she observes. “We feel very strongly that one of the main and beautiful roles we can fill is to be a community representative. In this case, we know we will be connecting our city with a world event. To be asked to do something as huge and significant as this is a real honor, and we take it very seriously.”

A lifelong Catholic, the weekend performances will be meaningful for Montone on a personal level as well.

“Pope Francis is such a special individual,” she says. “The message he brings is exciting for the whole church. It’s especially wonderful for him to be in America, and for the orchestra to get to see that happen is amazing.” 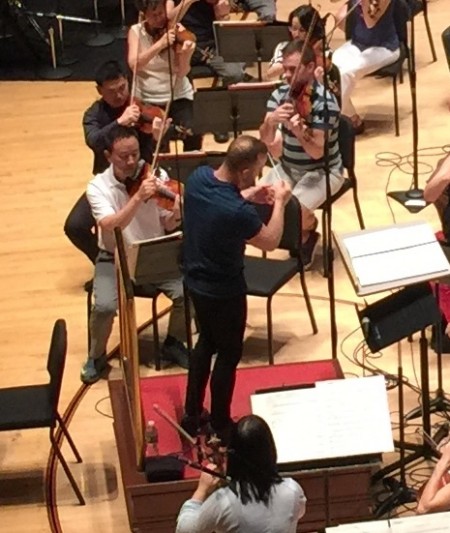 Her colleague, Concertmaster David Kim, doesn’t happen to be Catholic, but like many members of the orchestra, he is no less jazzed by the events that are about to unfold in the City of Brotherly Love.

“To perform for this particular pope is exciting,” he says. “He has crossed many thresholds and barriers.” Calling the Holy Father warm, human and sensible, the first violinist is pleased the pope will get to experience the organization Kim consistently refers to as “the great Philadelphia Orchestra,” in person.

A deeply committed Christian, Kim is more than willing to discuss his faith.

“I believe every single thing that has happened in my life, every career twist and turn, has been part of God’s plan,” he says. “I would almost say that I have stopped being surprised because our God is a God of miracles and of things we could never imagine or understand on our own. The mere fact that he has given me such an incredible platform is in itself an unbelievable miracle, actually.”

Much like Montone, Kim is approaching the coming weekend with a sense of joy for his beloved orchestra.

“Classical music is not like pop music or professional sports,” he explains. “We have to work a little bit harder to reach the masses. We play all over the globe, but it’s very exciting to think there could be up to a million and a half people watching us live and another huge, worldwide audience watching on television.”

Kim says the orchestra never knows when they might experience what he calls a glimpse-of-heaven moment.

“The effort is always there, but when it happens, you can feel it,” he says. “Everybody feels it. Whether the Lord is in their life or not, they feel something cosmic is happening right at that moment.”

Will such a moment occur this weekend? That remains to be seen, but Kim is certain Pope Francis, for one, will enter into the experience.

“I can see his face right now, that impish grin,” he says. “I’m sure it will be one of those occasions in his life he will never forget. It’s amazing to think that together, perhaps we can touch people’s hearts and change people’s hearts.”

NEXT: All have wounds, only Jesus and church can heal, says cardinal