‘I’ll Be There’ builds buzz for papal visit at Phila. shops 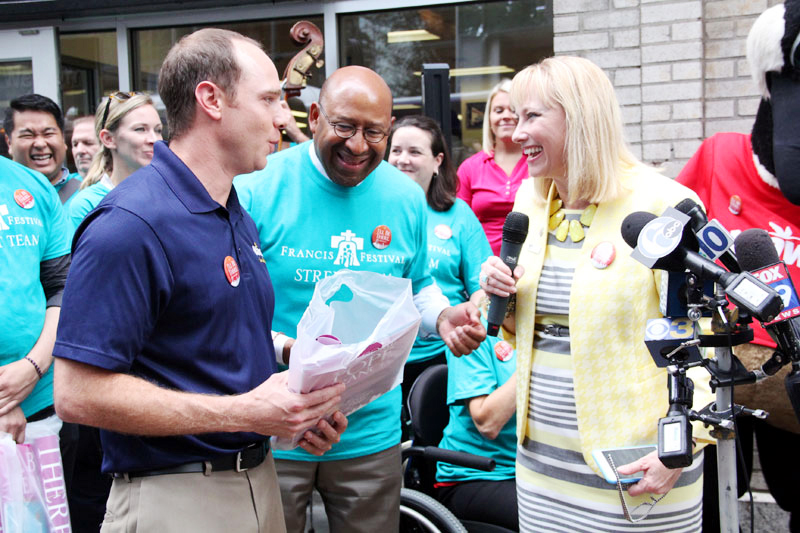 The kits include window signs and additional information about the Francis Festival, Sept. 26-27 during the visit of Pope Francis. (Photos by Sarah Webb) 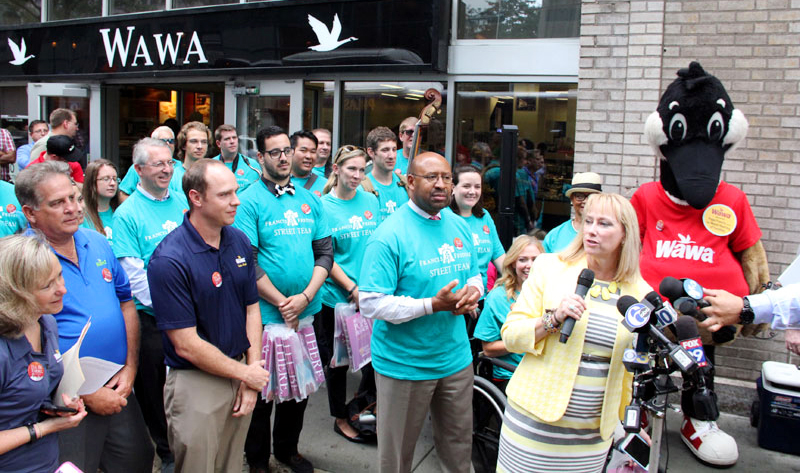 Donna Crilley Farrell, executive director of the World Meeting of Families, and Mayor Michael Nutter along with volunteers distribute #OpenInPHL kits to local businesses including the Wawa store at 17th and Arch streets in Philadelphia. 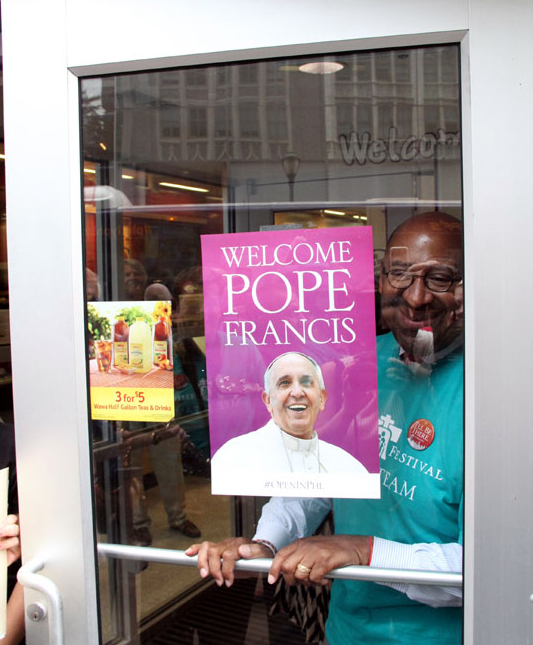 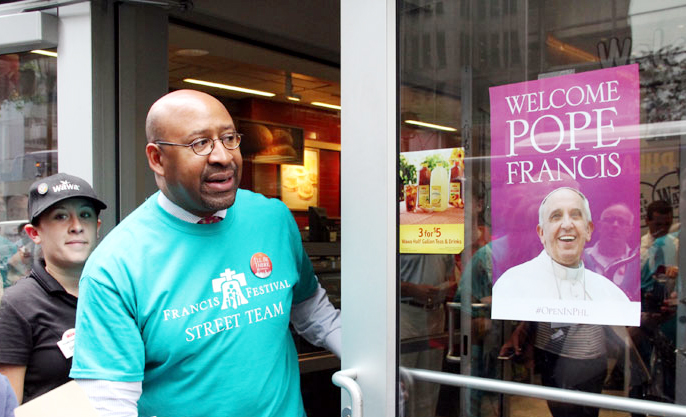 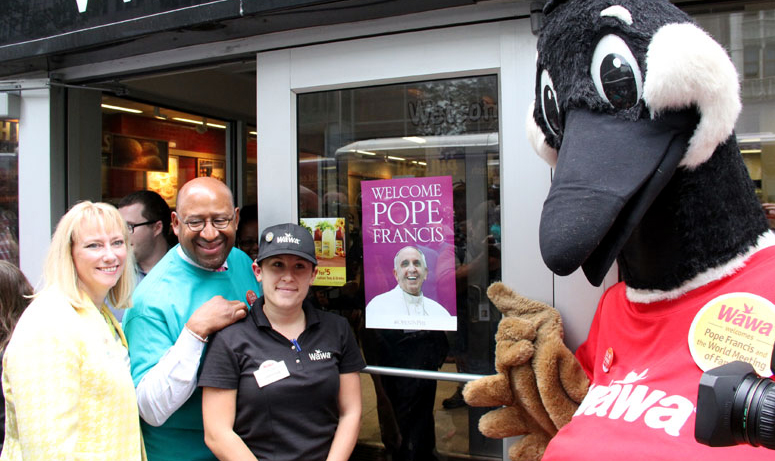 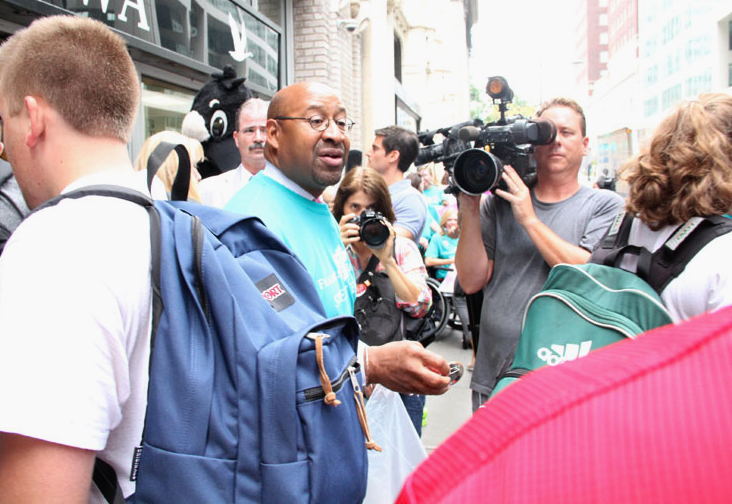 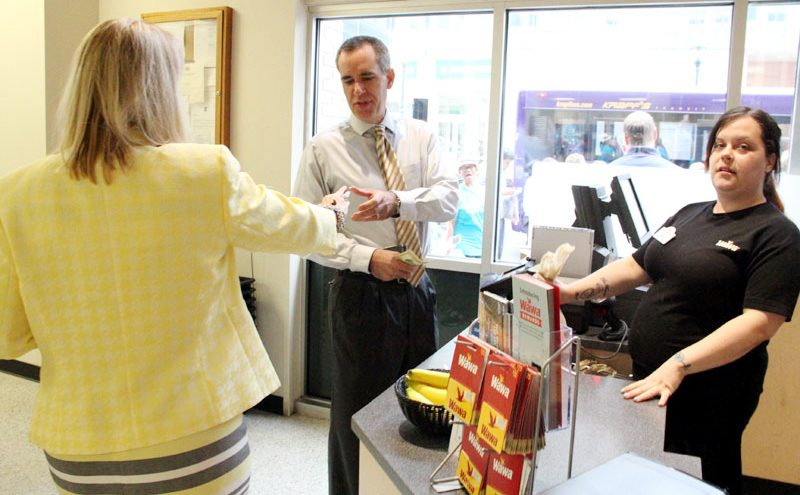 Donna Crilley Farrell passes out information on the Francis Festival to customers at the store. 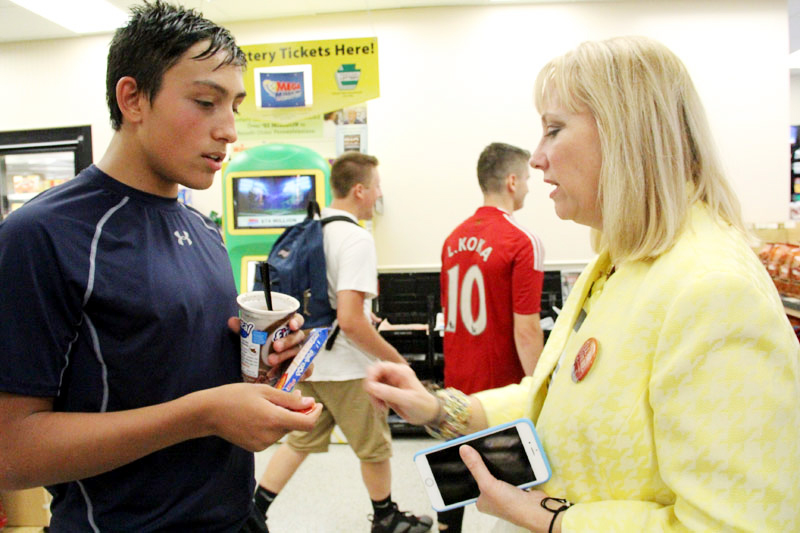 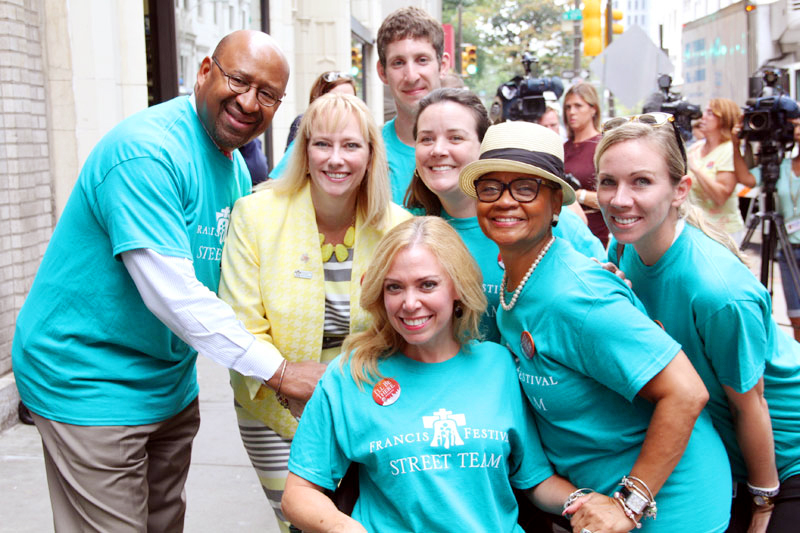 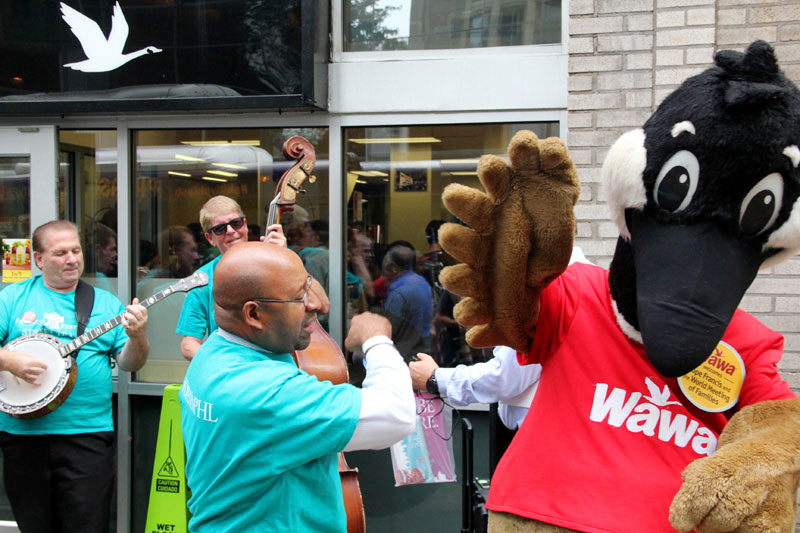 Wally Goose, the Wawa mascot, gets a high five from Mayor Michael Nutter as a string band entertains passersby.

NEXT: Across the Aisles: Hispanic Heritage Mass