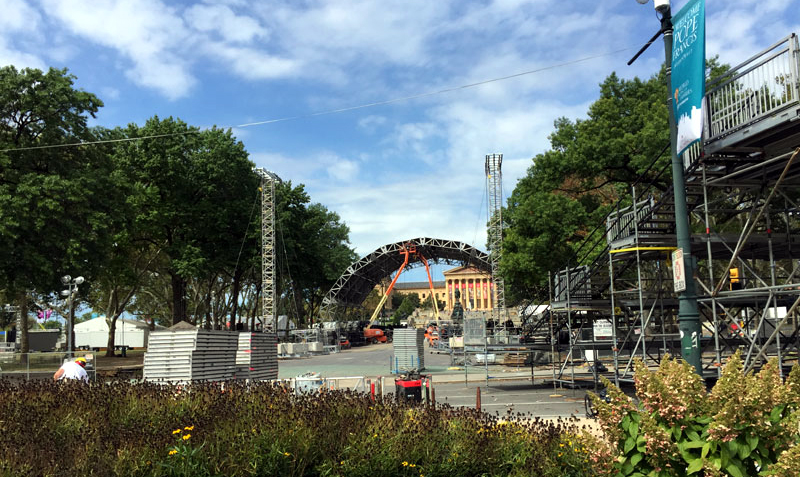 Construction of the stage for the papal events, framework for big-screen televisions and pedestrian barriers are proceeding on the parkway as the time for Pope Francis’ arrival in Philadelphia Saturday, Sept. 26 nears. Our photo gallery shows some of the building progress over the weekend. (Photos by Sarah Webb) 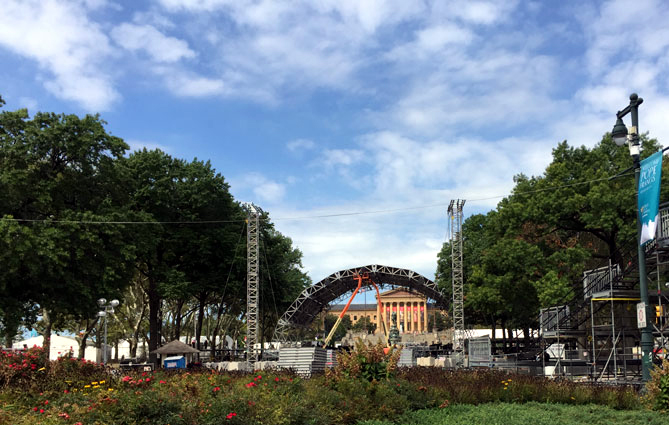 The 100-foot wide, 60-foot high archway over the stage area/sanctuary rises over the street by Eakins Oval at the foot of the Art Museum steps. 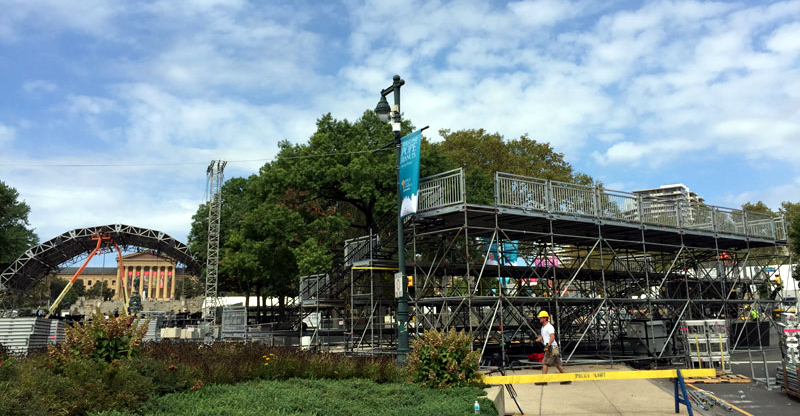 A bank of risers for journalists covering the papal events stands completed to the right of the stage.

Seating for 6,000 people will be built in front of the stage. 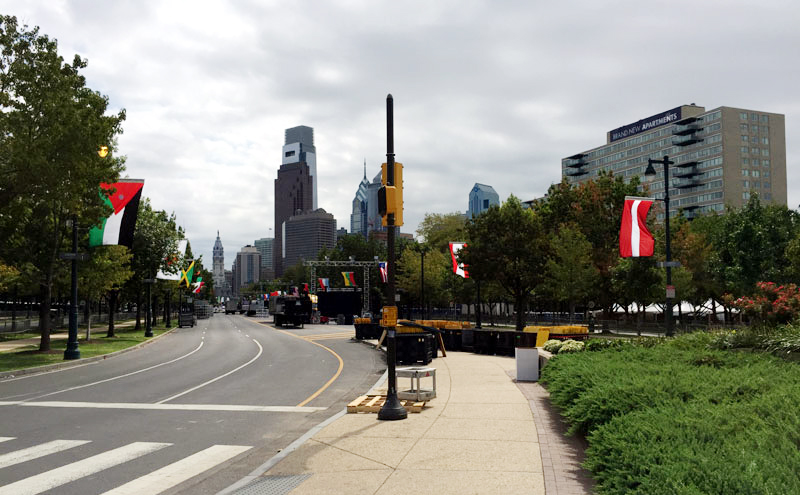 The parkway area near the stage construction remains closed to traffic. 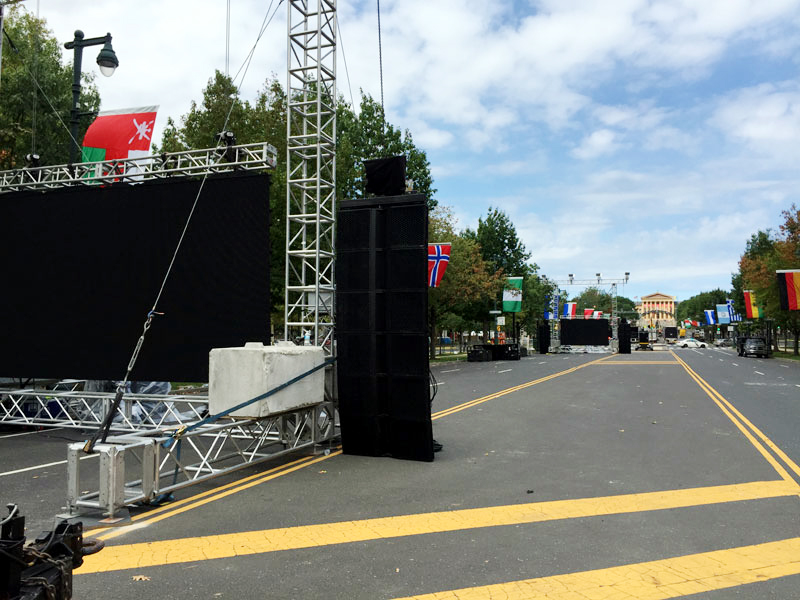 The view from 21st Street on the parkway features a sound system as impressive as the big screen TV — seeing and hearing the events from one of 40 locations in center city, 31 along the parkway alone, won’t be a problem for most. 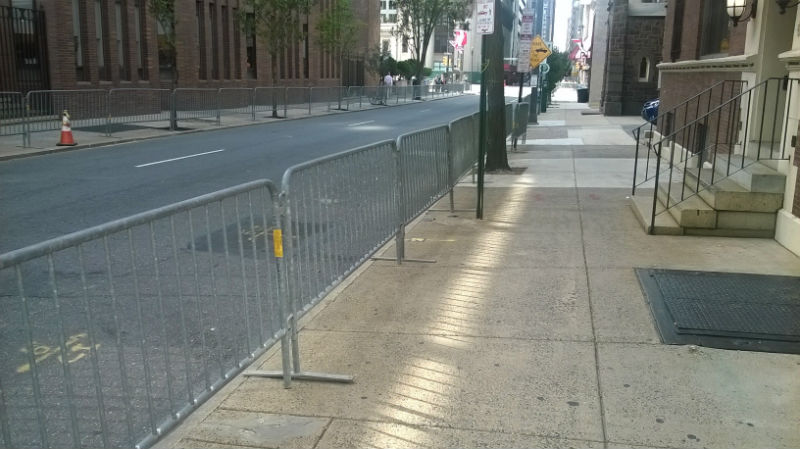 Four-foot-high pedestrian barriers were placed along 17th Street a block north of the parkway. 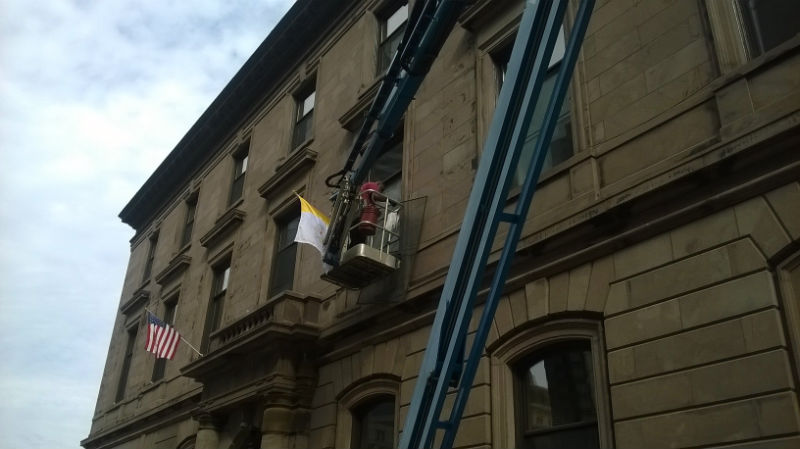 A worker cleans a window at the rectory of the Cathedral Basilica of SS. Peter and Paul on Race Street Sept. 21, preparing for Pope Francis’ visit to the cathedral for Mass Sept. 26.

PREVIOUS: Pope’s use of Spanish may say something deeper