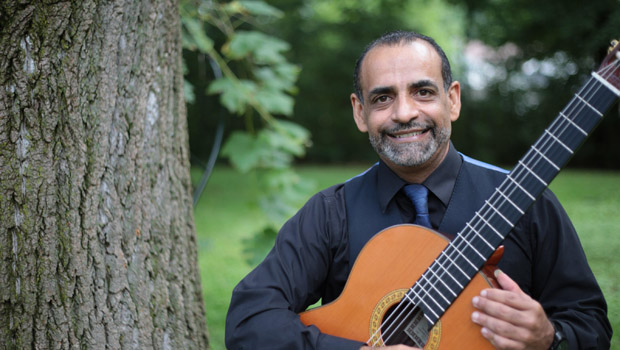 Only weeks after culminating his long career in liturgical music by leading the Hispanic Papal Choir and serving as a vocal soloist during the papal Mass Sept. 27 in Philadelphia, Diego Correa died Oct. 23 at age 51.

Born in Salinas, Puerto Rico, the son of Diego Correa Luyando and Maria Alvarado, Correa dedicated his life to being a Catholic musician, composer and vocalist. Since 1980 he served the church through liturgical music by participating in liturgical events nationally and at the local levels.

He began at a very young age in his beloved town of Salinas by playing the guitar in a youth group, Juventud Acción Católica.

Upon his arrival in the United States, he served as a pastoral musician at St. Veronica Church in Philadelphia. Correa was a music director for several parishes, most recently at Divine Mercy Parish in Vineland, N.J. He coordinated the musical direction of the Archdiocese of Philadelphia’s Hispanic Choir.

Correa and his wife, Damaris Thillet, served for many years as pastoral musicians for the archdiocese and the Diocese of Camden.

He was a founding member of the Association of Pastoral Musicians of the East and a member of the National Institute of Hispanic Liturgy.

Through his tutelage scores of students were influenced by his passion, service and dedication. He was an instructor in the music education program of the archdiocesan Catholic Institute for Evangelization as well as a private tutor and presenter of local, national and Latin Caribbean pastoral music workshops.

As a talented artist, one of his hobbies was painting art onto recycled musical instruments such as old guitars. Correa and Thillet were recently recognized with the Prominent Hispanic Award, awarded by the Camden County Freeholder Board’s Office of Hispanic Affairs.

NEXT: Father Fitzgibbons, an Augustinian turned archdiocesan priest, dies at 73