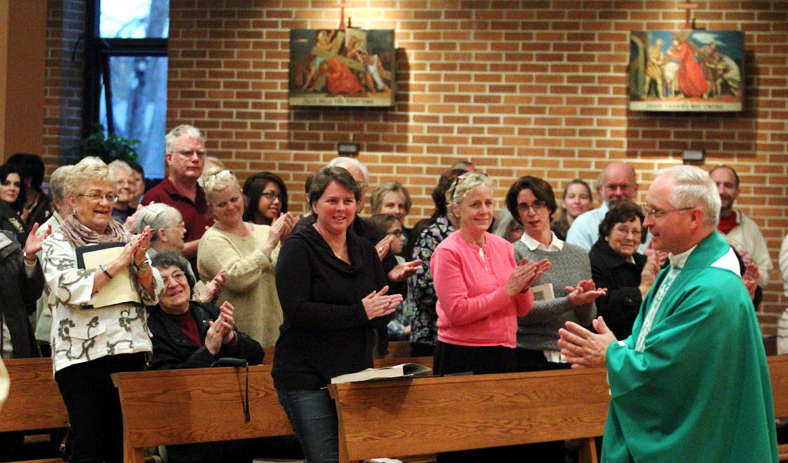 applause for the newly installed pastor

Father Michael Davis was installed Oct. 24 as the new pastor of Assumption Parish in Feasterville, Bucks County, during the Saturday evening vigil Mass at the church with Bishop Michael Fitzgerald as main celebrant. He also led the official rite of installation for Father Davis, which included handing the keys of the church to the pastor. Father Davis, ordained a priest in 1987, was named pastor of the parish in August. He had served as Assumption’s parochial administrator following the sudden death of the former pastor, Father William McGeown, in May. Assumption Parish was founded in 1950 and today has more than 2,300 registered families. (Photos by Sarah Webb) 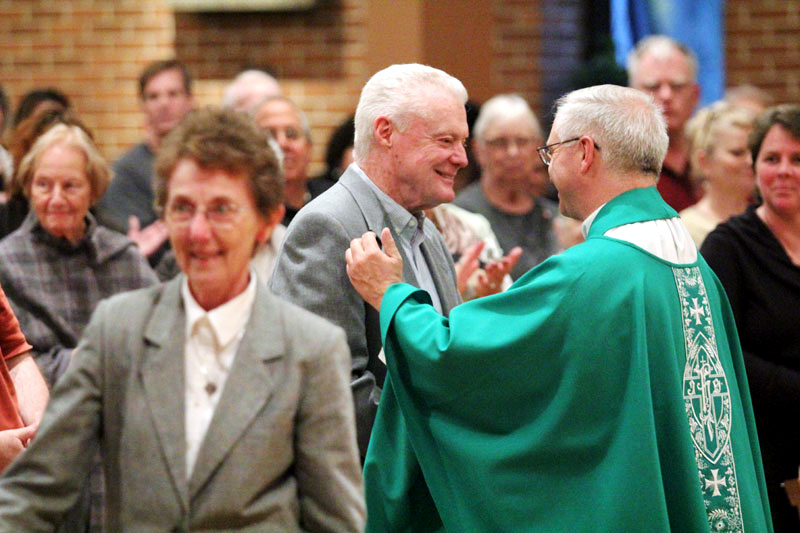 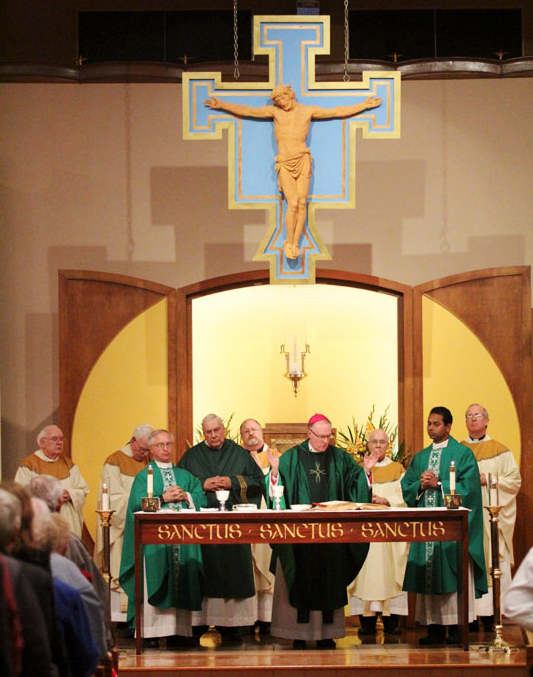 Bishop Michael Fitzgerald celebrates the Liturgy of the Eucharist at Assumption Church. 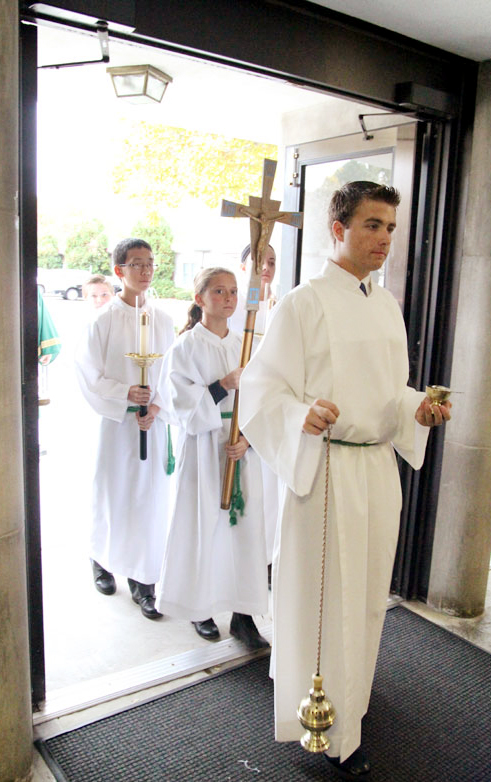 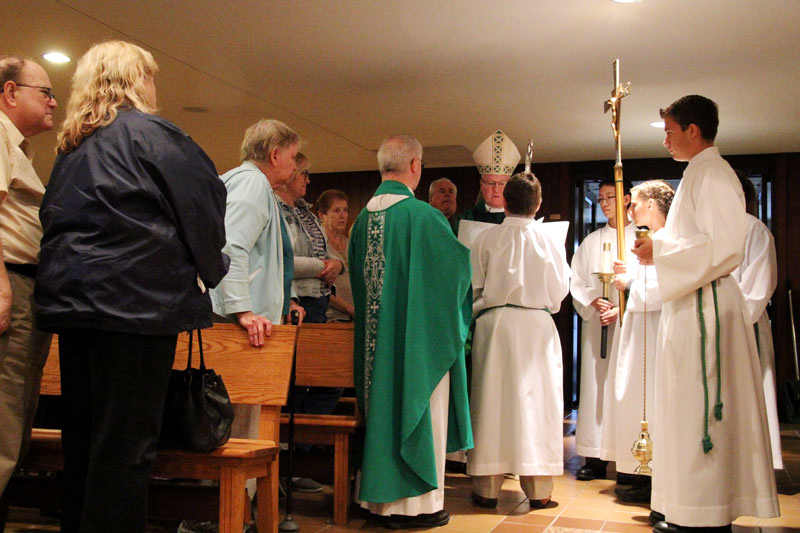 In the installation rite, Bishop Michael Fitzgerald hands the keys of Assumption Church to Father Davis. 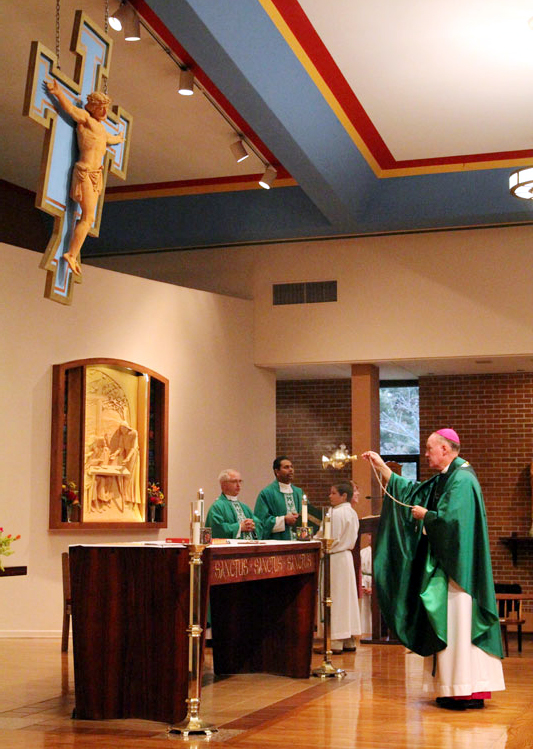 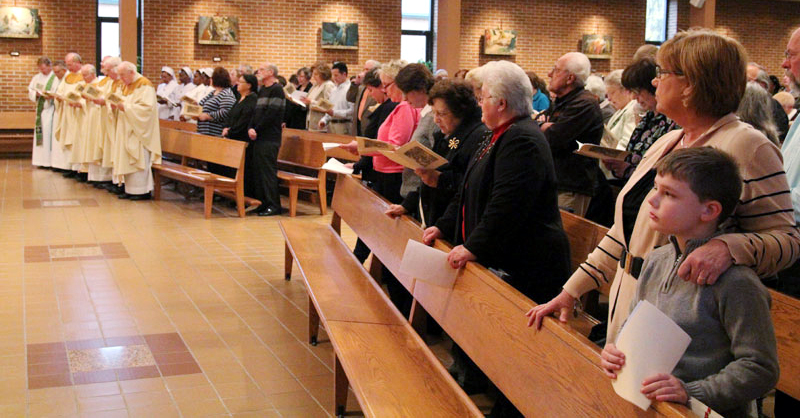 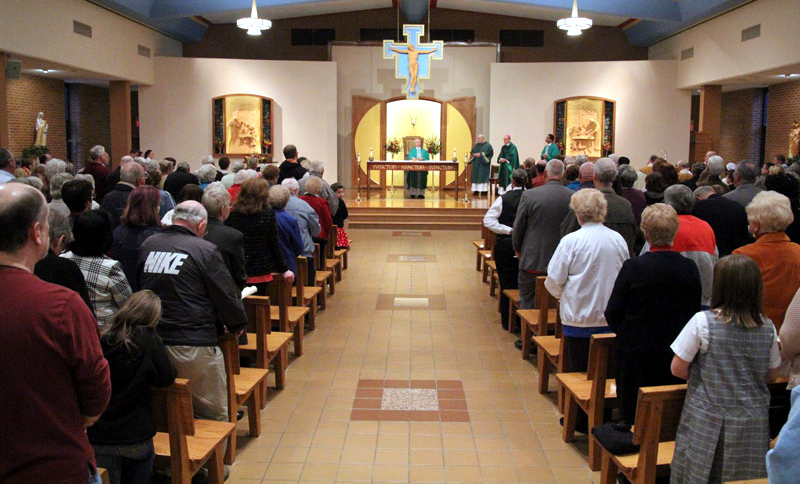 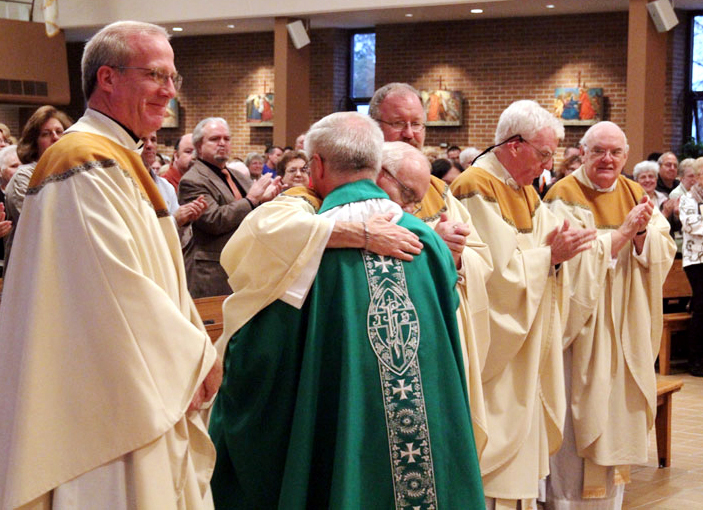 Priests friends at the liturgy congratulate Father Davis on his installation. 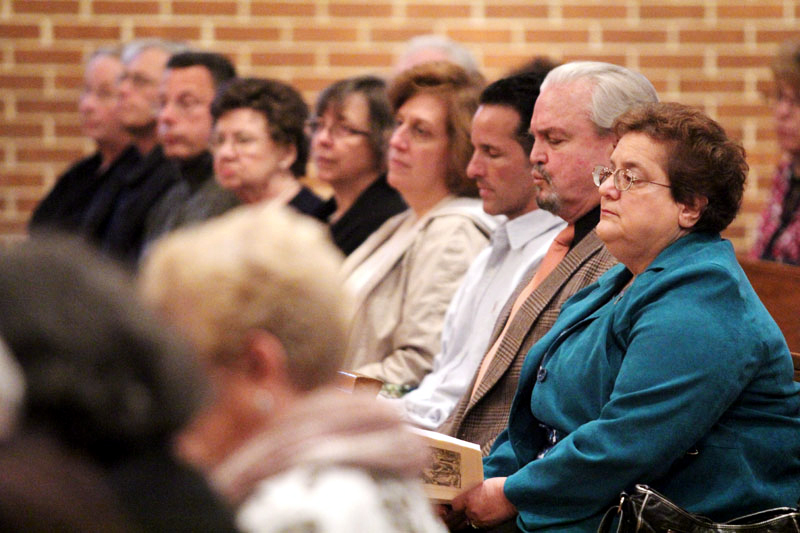 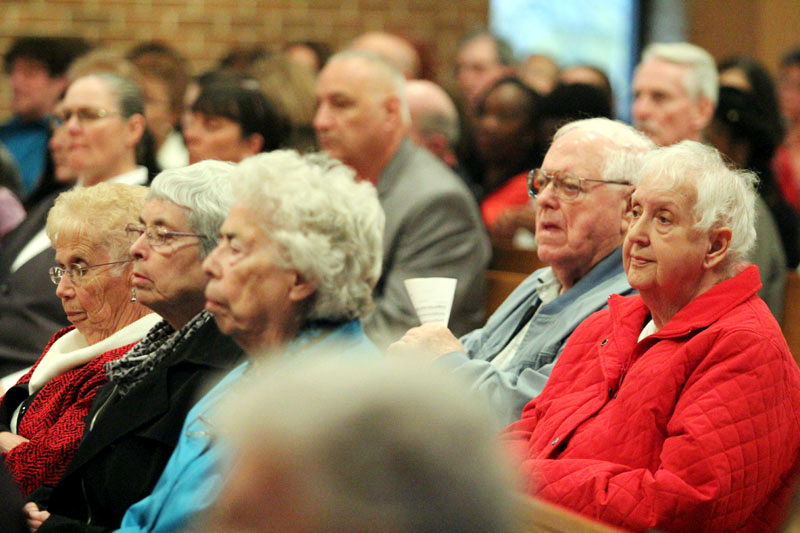 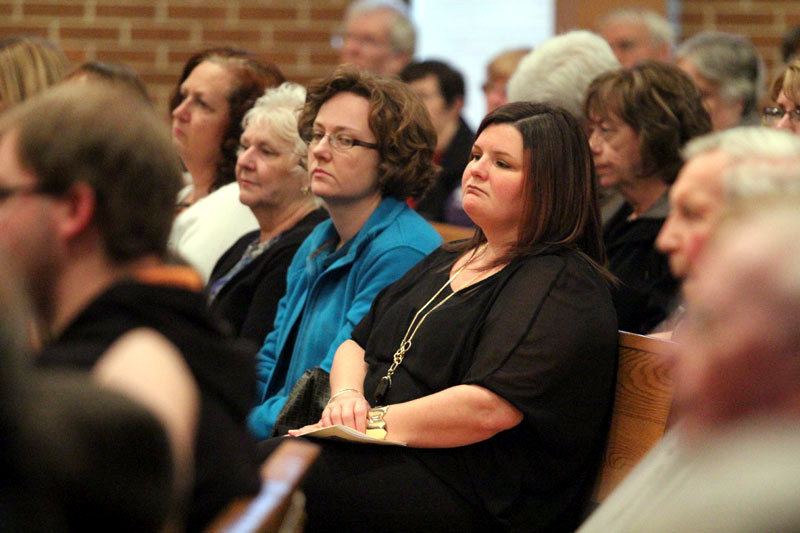 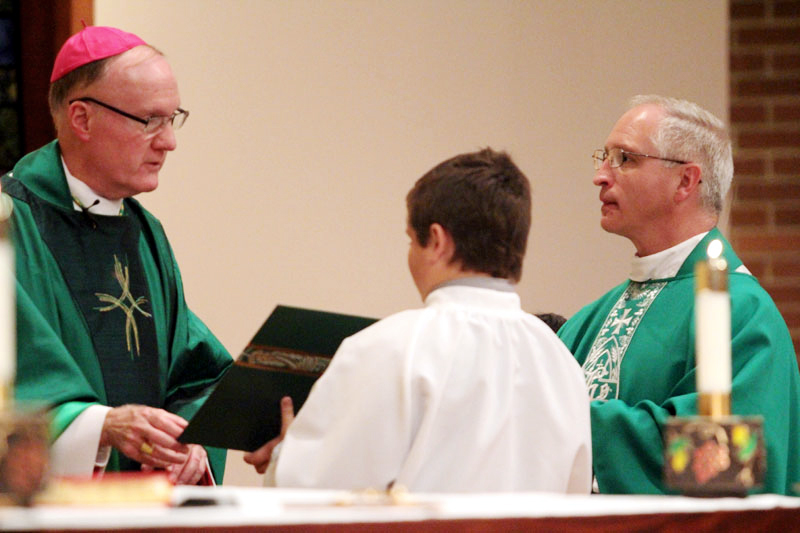 Bishop Fitzgerald recites the prayer from the rite of installation. 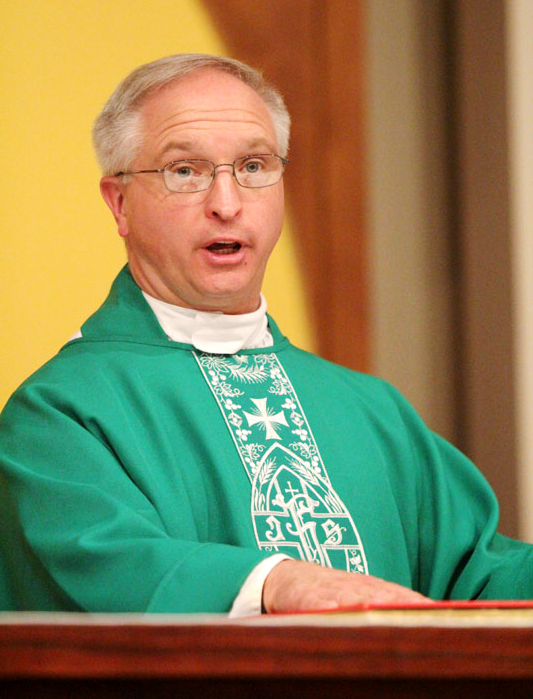 After leading the parishioners in praying the Creed, Father Davis publicly professes an oath of fidelity to the church. 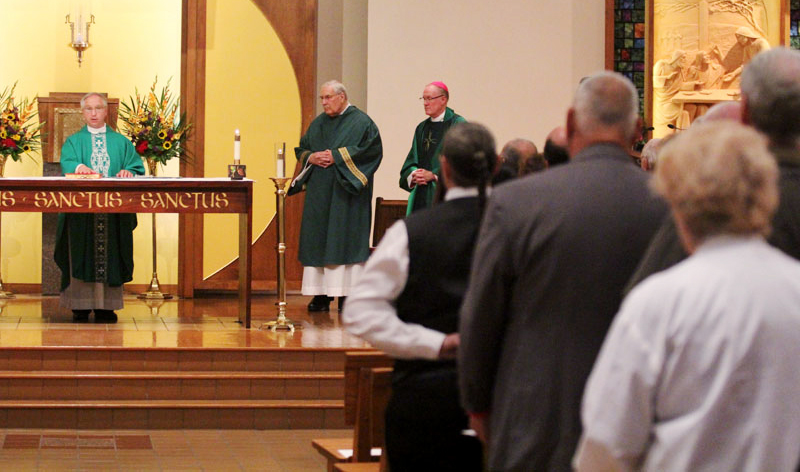 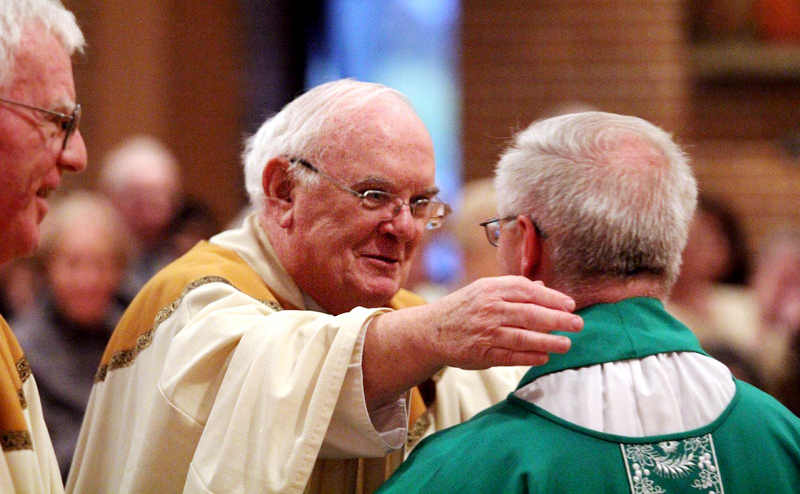 PREVIOUS: Across the Aisles: Nativity of Our Lord Warminster

NEXT: Festival celebrates kids in Catholic after school programs