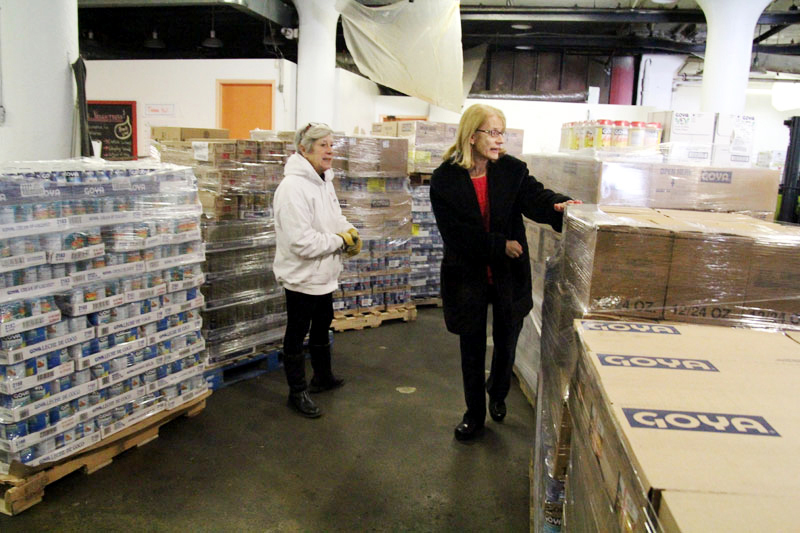 Steveanna Wynnm, executive director of SHARE and vice presidnet of NDS board, and Anne Ayella, assistant director for non-government programs and community relations at NDS, take a look at the variety of foods donated by Goya. (Photos by Sarah Webb)

During his visit to the United States in September, Pope Francis spoke of many things, including addressing the issues of poverty and hunger. One major company was listening.

Goya Foods, the nation’s largest Hispanic-owned food company, pledged to honor the visit through a donation of 150,000 pounds of food to be distributed in the three major cities visited by Pope Francis: Philadelphia, New York and Washington, D.C.

The Philadelphia share, 50,000 pounds of food, has been designated for the Archdiocese of Philadelphia’s Nutritional Development Services and is scheduled to be delivered to the SHARE Food Program warehouse at 2901 West Hunting Park Ave. on Saturday, Dec. 19.

“Nutritional Development Services is honored to receive this generous donation from Goya Foods in honor of the visit of His Holiness, Pope Francis,” said Lorraine Knight, executive director of Nutritional Development Services. “Thousands of people in the Philadelphia region will benefit from this gift. Food cupboards across the Archdiocese of Philadelphia are strapped for food as the need to feed the hungry grows. We will share this donation with parish and community food pantries and other organizations feeding the hungry in our midst.”

The donation is but the latest installment in a program initiated in 2011 as part of Goya’s 75th anniversary celebration.

“We are so blessed to have His Holiness Pope Francis visit the United States and for the opportunity to donate food in his name to each of the cities he will visit during his stay,” said Goya president Bob Unanue at the time of the September announcement.

The donation, which consists of such items as rice, beans and canned goods, is especially appreciated because it is all nonperishable, according to Anne Ayella, assistant director for non-government programs and community relations at Nutritional Development Services. “This is gigantic,” she said. 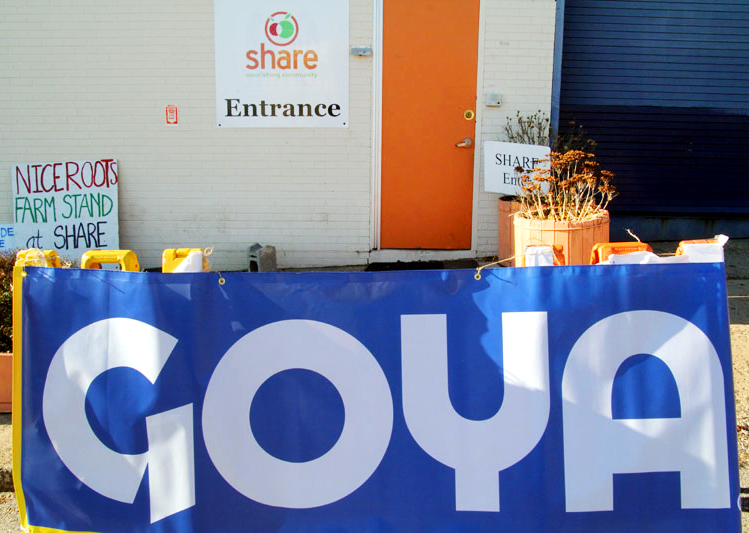