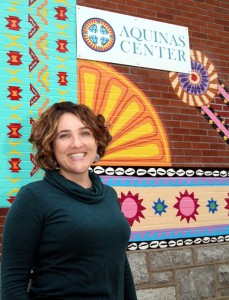 Approximately 116 attendees were at a Rome conference convened by Cardinal Peter Turkson, president of the Pontifical Council for Justice and Peace, in early November celebrating the 50th anniversary of “Gaudium et spes” (“Joy and Hope,” the Vatican II Pastoral Constitution on the Church in the Modern World which was promulgated by Pope Paul VI on Dec. 7, 1965, the final day of the Ecumenical Council).

Among them were Vatican officials, lay experts and young adults, including one Philadelphian, Bethany Welch, the founding director of the Aquinas Center, a social outreach center located at South Philadelphia’s St. Thomas Aquinas Parish.

“There were members of the council who were cardinals and archbishops, heads of institutes for social doctrine around the world, young people from different international youth movements based in Rome, and six of us representing the various continents,” she said.

Welch believes she was chosen to represent the youth of North America by Archbishop Joseph Kurtz, president of the U.S. Catholic Conference of Bishops, because she received the USCCB’s New Leadership Award last year.

Although Welch’s ministry is entirely within the spirit of “Gaudium et spes,” she admits she wasn’t as familiar with the document as she would have liked but read up on it before the conference.

“It was phenomenal,” she said. “Scholars talking about immigration, migration refugees and asylum seekers. It was really a reinforcement of what the Aquinas Center does, but also the global Church. I think the American Church can be a little self-focused. We had people from Uganda, Iraq, Poland and Austria there.”

It was especially interesting for her to hear delegates who had actually attended Vatican II, although at this point their numbers are dwindling. Among the speakers was Cardinal Francis Arinze, the youngest bishop at Vatican II, who spoke of the huge influence “Gaudium et spes” has had on the world.

Near the end of the conference Cardinal Arinze and other remaining attendees of Vatican II symbolically passed on scrolls commemorating “Gaudium et spes” to the young delegates. Welch received hers from Alain DeLauney who was a lay expert on financial matters at the Council.

Perhaps the most important impact of the Vatican Council, DeLauney told the gathering, “was the freedom and responsibility it gave to lay people.”

Welch and the other youth delegates were given the opportunity to give brief remarks of their own at the conference.

In her testimony she told the delegates she was a convert to Catholicism, attracted to the faith by documents similar to “Gaudium et spes” that address how the Church relates to the world, particularly social issues of justice that affect those on the margins.

“I represent a group of young people who are thirsty for a global voice – a prophetic voice – that can speak boldly and exhort world leaders and structures,” Welch said.

Intellectual rigor, she noted, “is not what ultimately compelled me to convert. Rather it was witnessing the practice of mercy by faithful Catholics who were educated to being with the poor.” 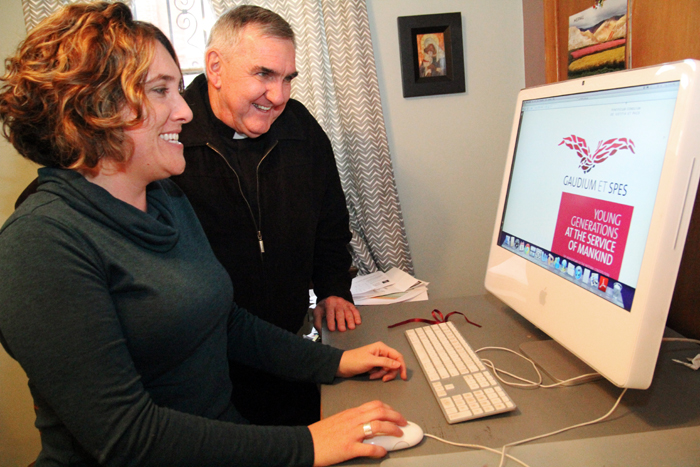 NEXT: Celebrating the feast of Our Lady of Guadalupe