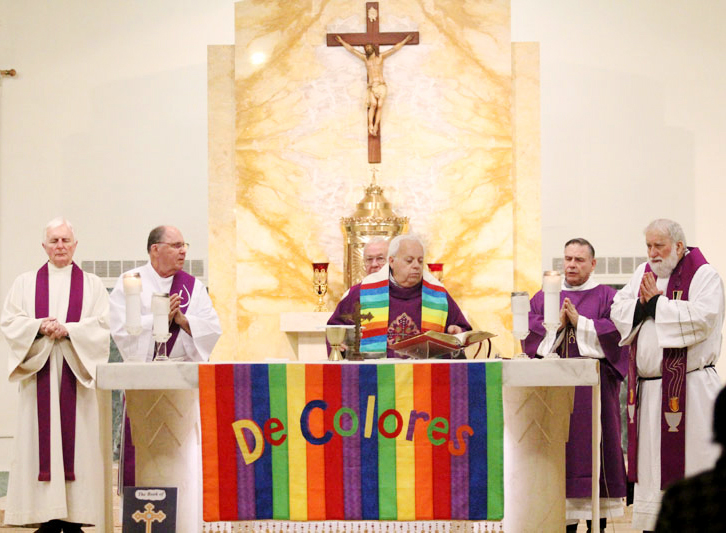 Father Gasper Genaurdi, spiritual director of the English-speaking Cursillo in Philadelphia. was the main celebrant of the 50th anniversary Mass at St. Martin of Tours Church in Northeast Philadelphia. 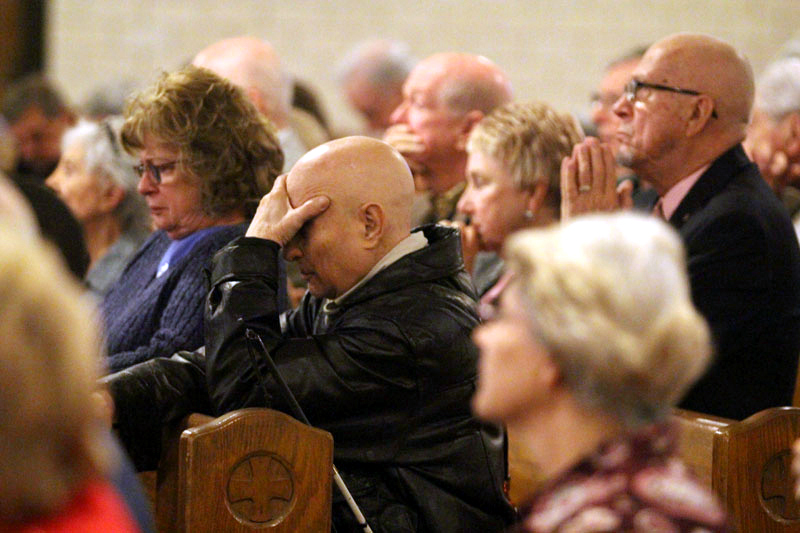 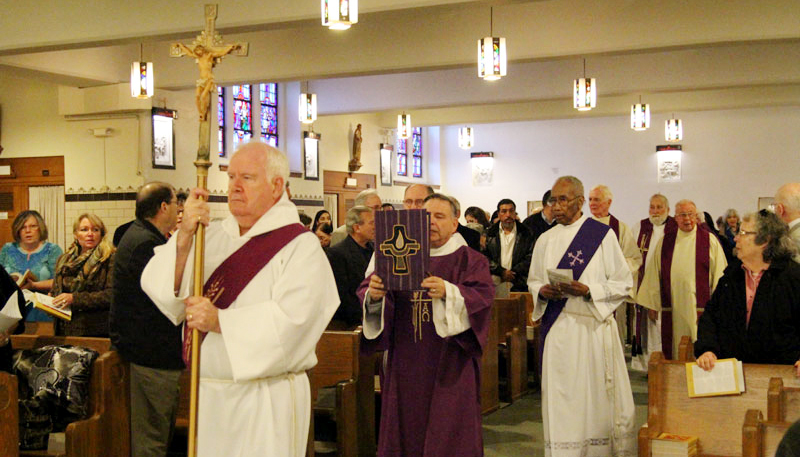 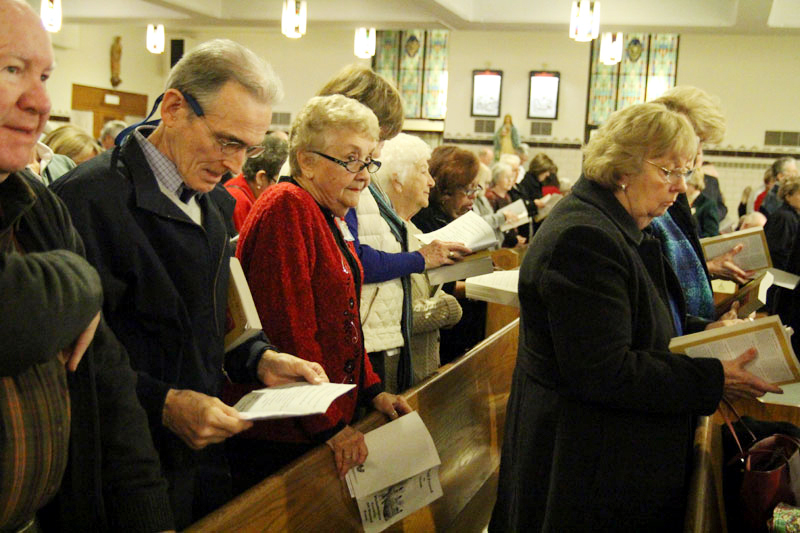 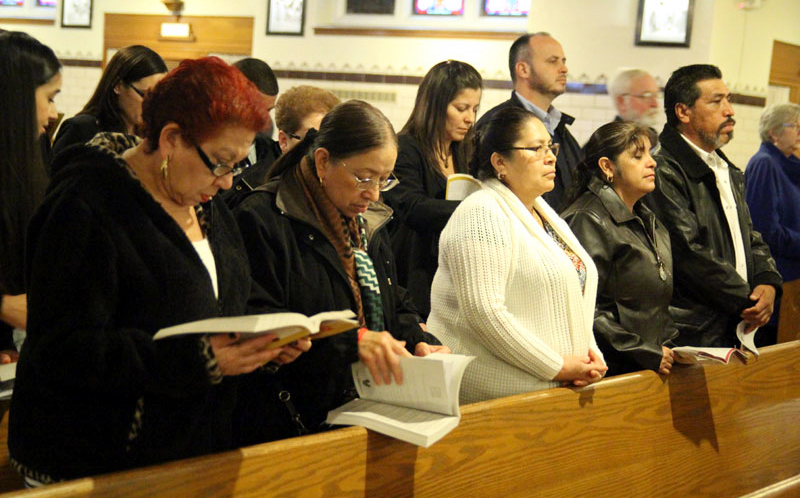 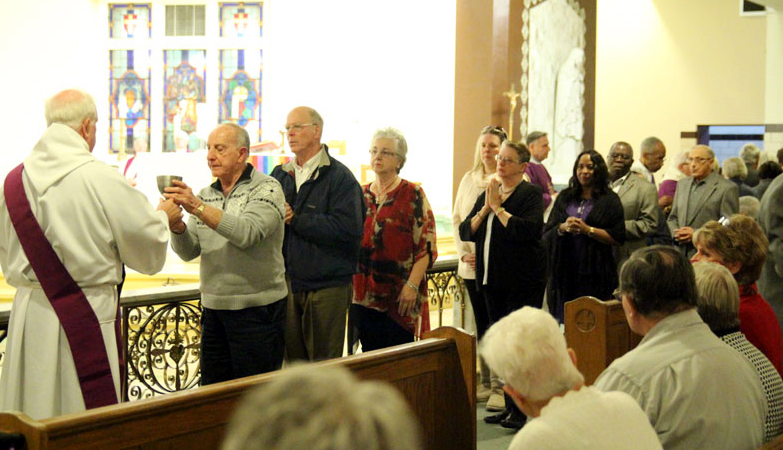 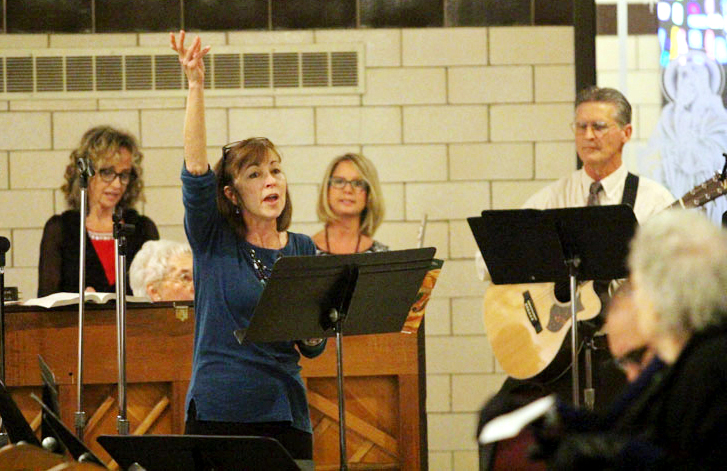 Anne Moran from SS. Simon and Jude Parish in West Chester leads the congregation in song. 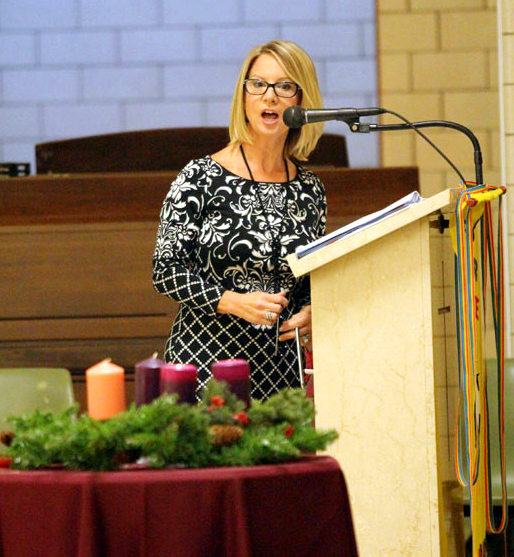 Kellyanne Patterson, director of the Leader School for Philadelphia Cursillo, welcomes everyone to the anniversary Mass. 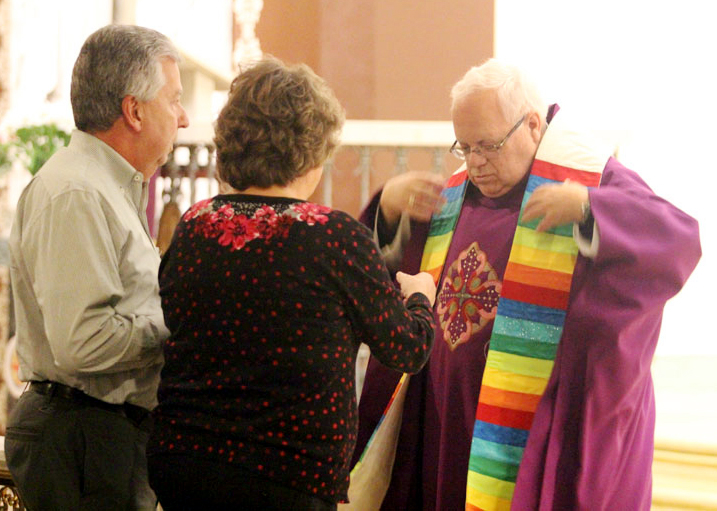 Philadelphia Cursillo members present Father Gasper Genaurdi with a rainbow-colored stole before Mass to show their appreciation for  his service to the group. 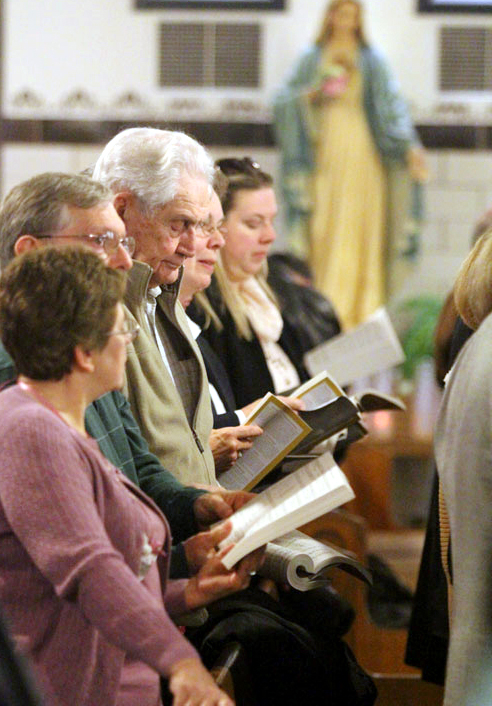 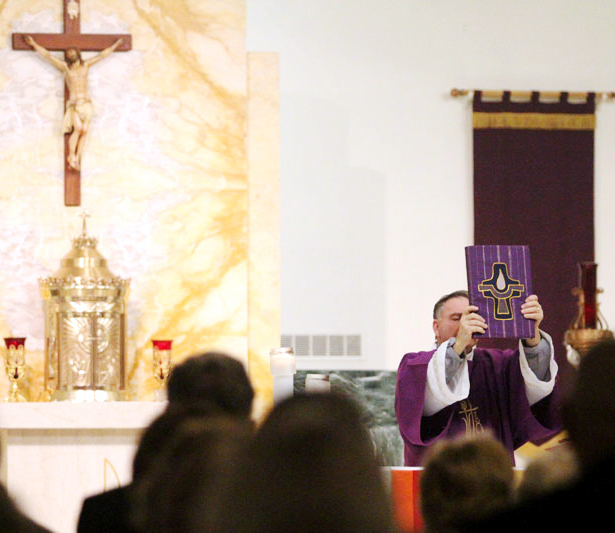 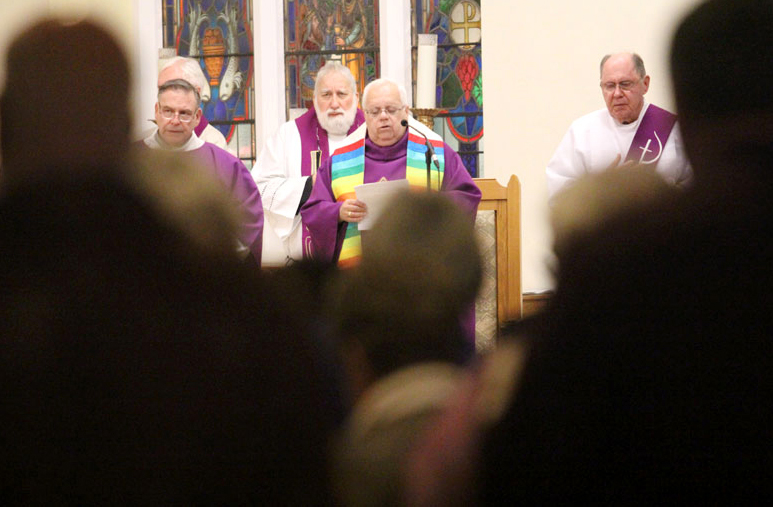 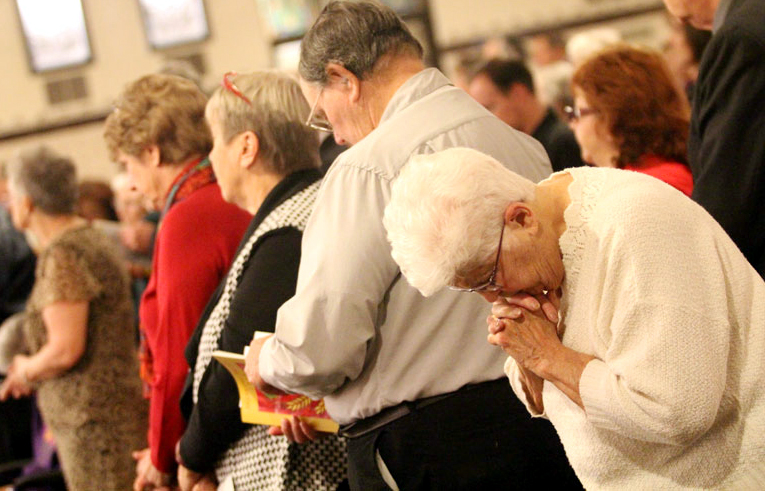 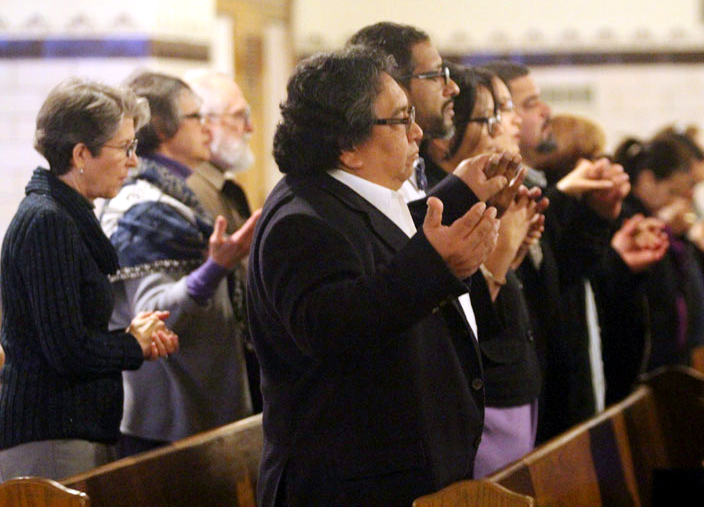 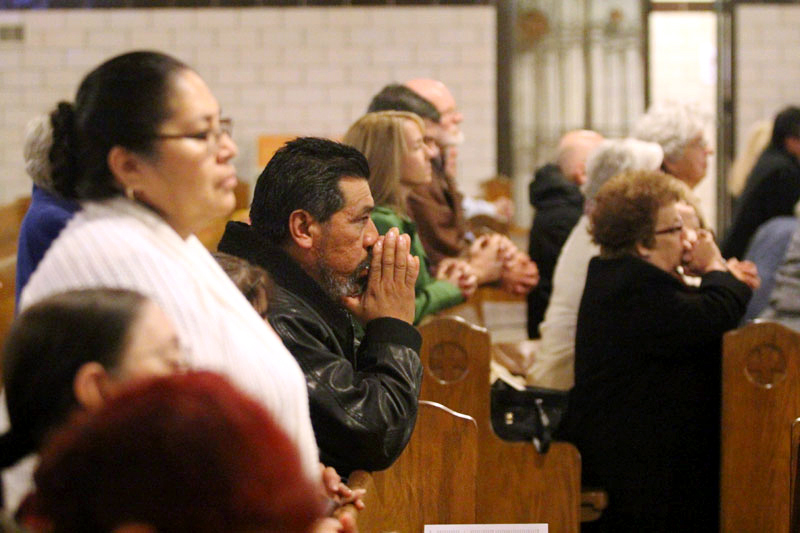 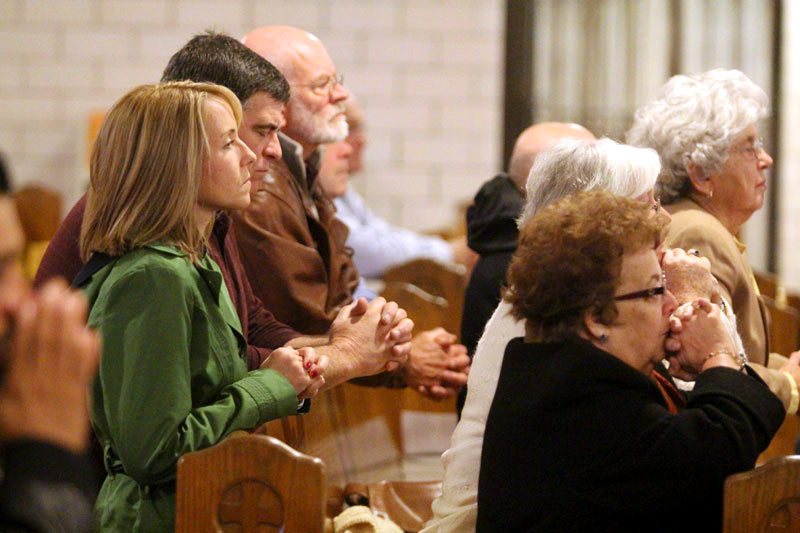 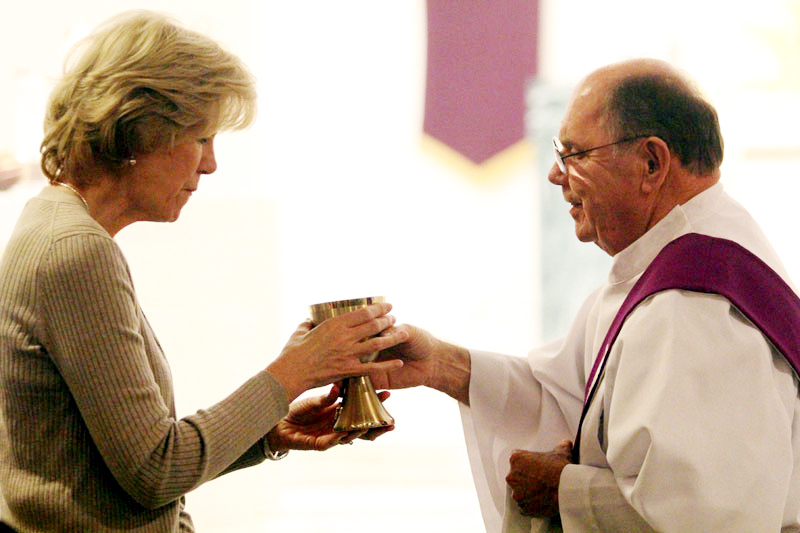 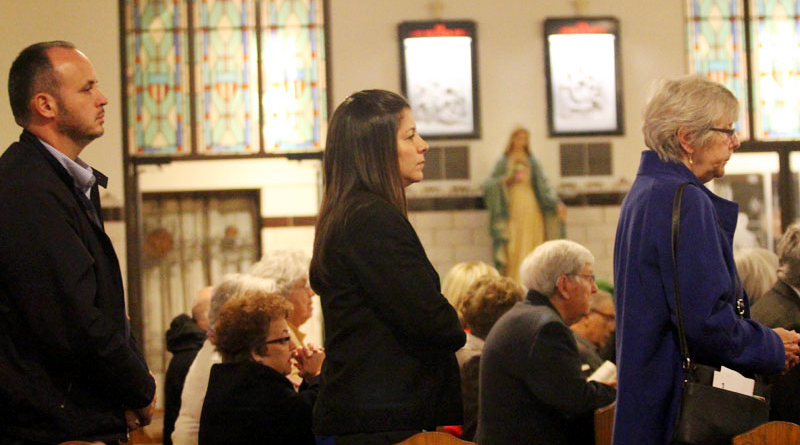 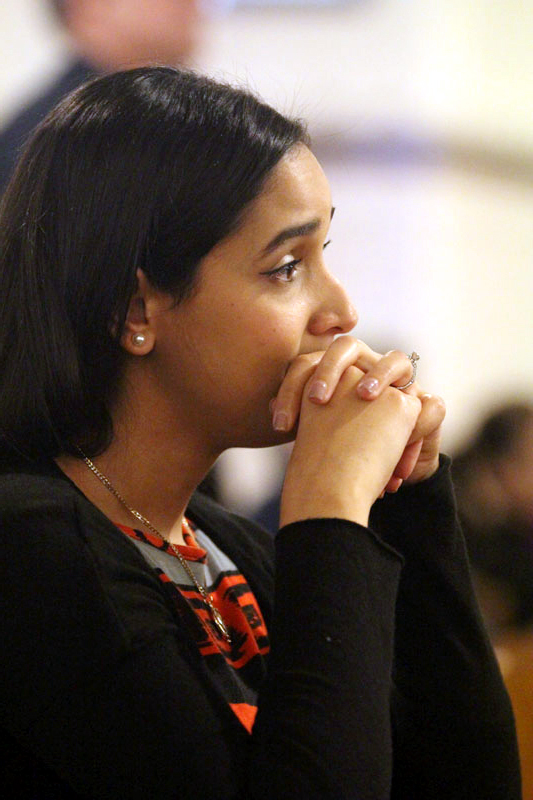 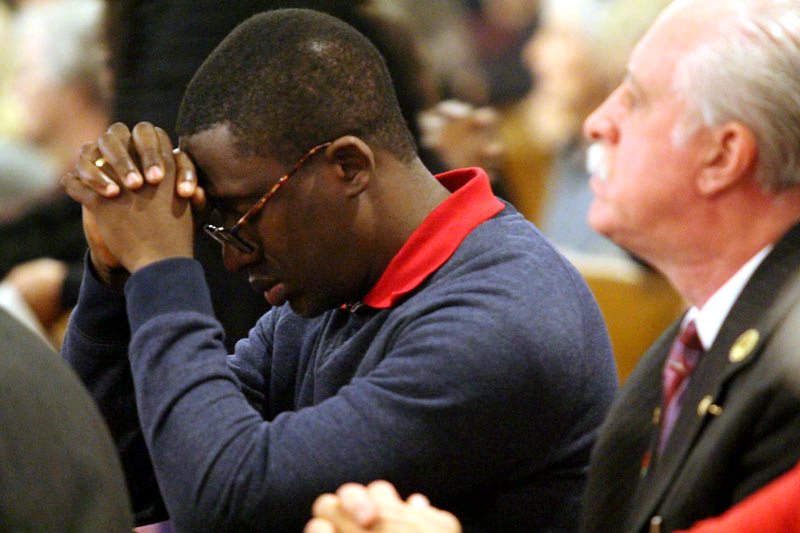 Okechukwu Ijemere from Queen of Peace Parish in Ardsley prays during Mass.