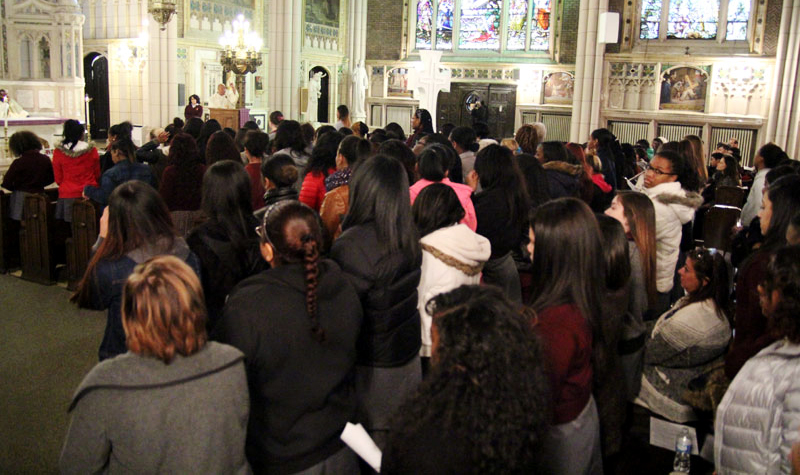 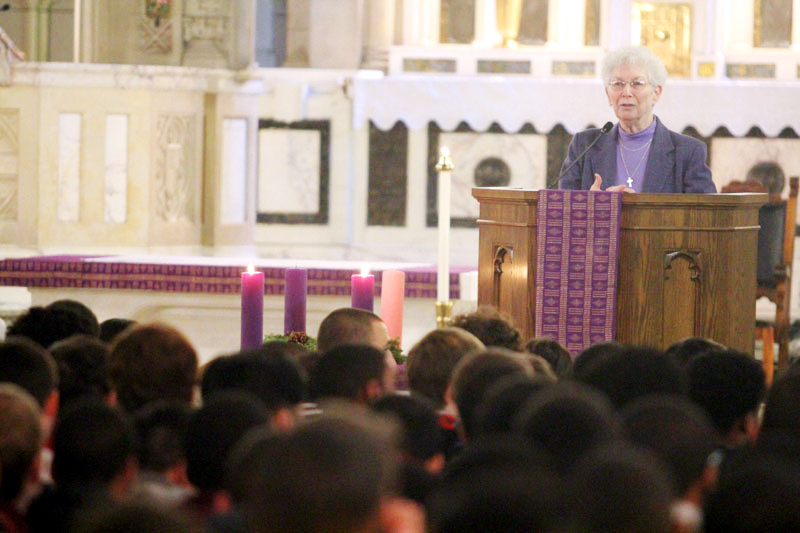 Mercy Sister Rosemary Herron, president of Mercy Vocational High School, welcomes students and tells them,”Let us be true to our names as our name is Mercy.” 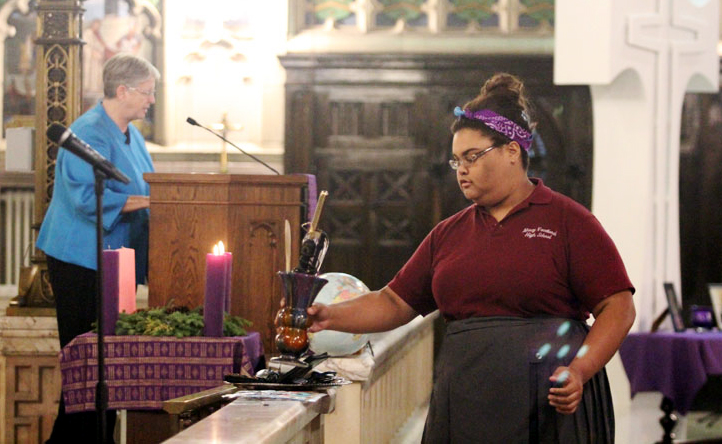 Mercy Sister Susan Walsh, principal of Mercy Vocational, speaks  about mercy as students and staff place objects that represent mercy at the altar. 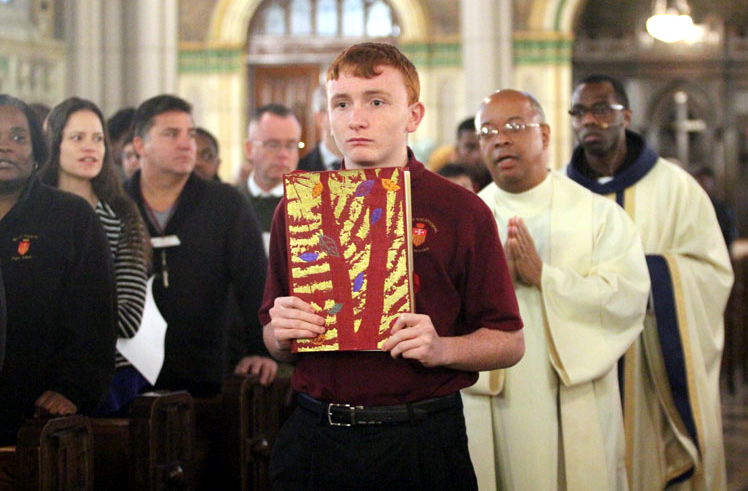 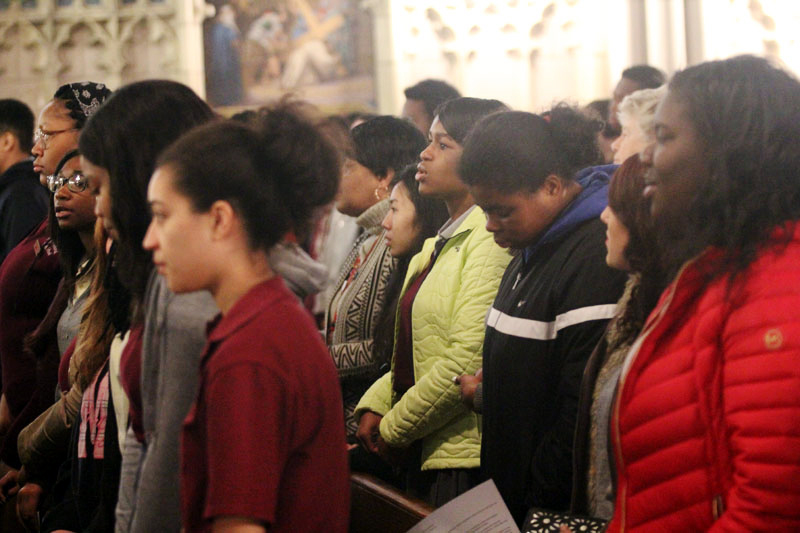 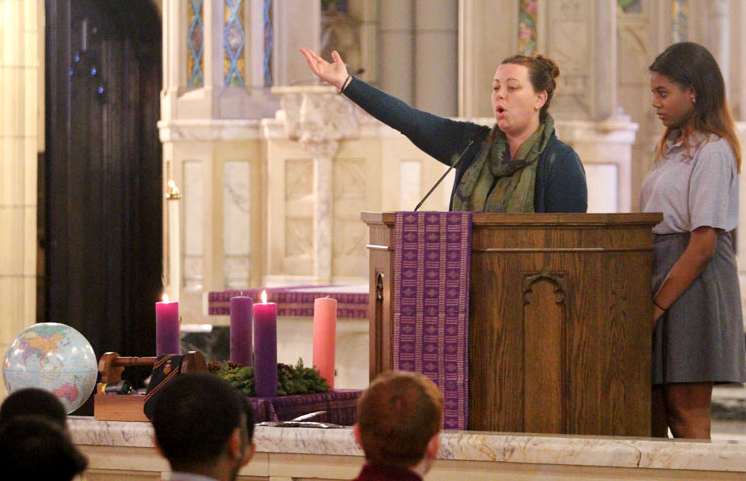 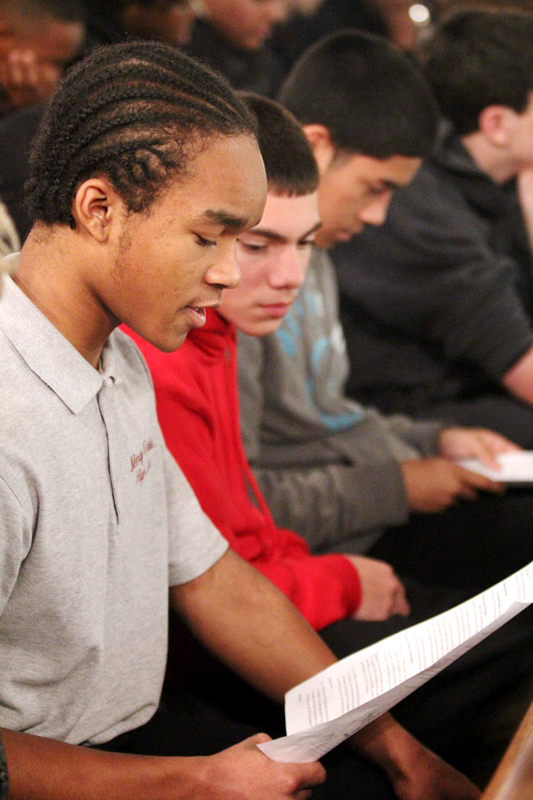 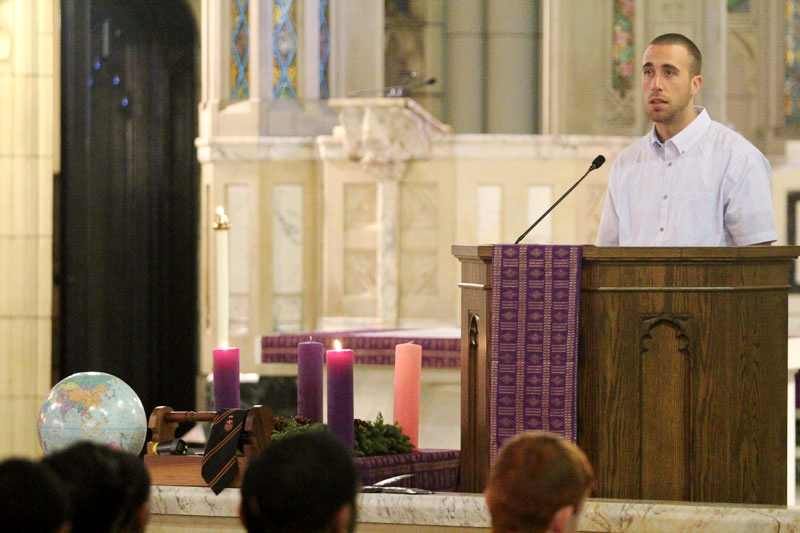 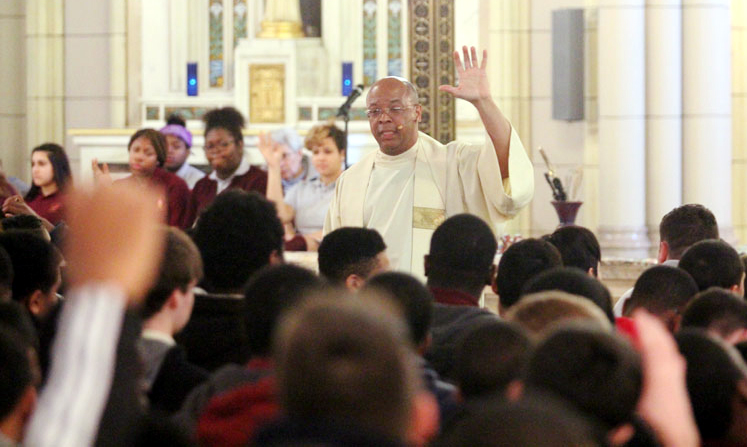 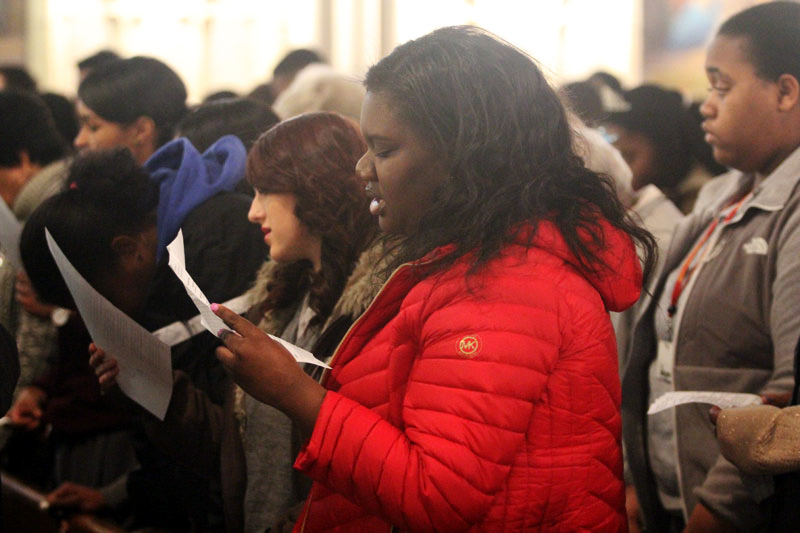 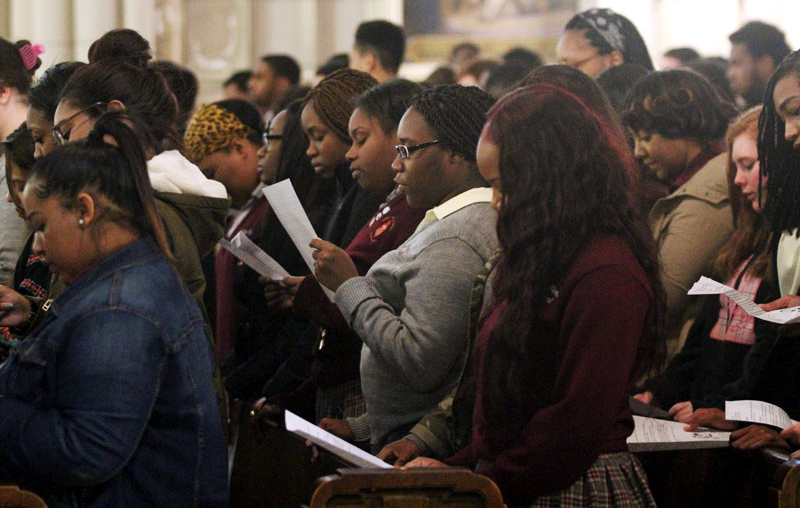 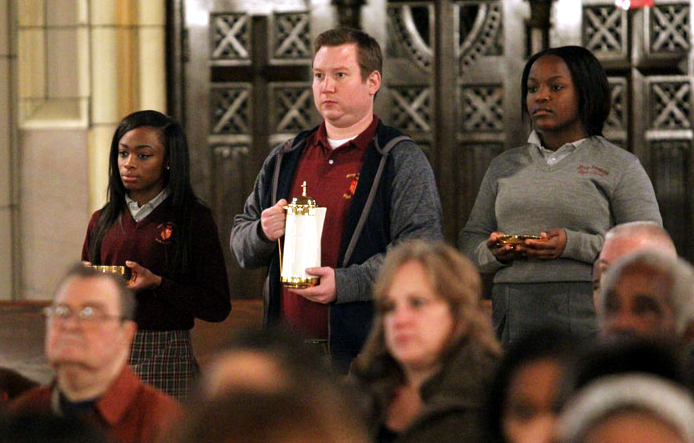 Tiara Robinson, English teacher Peter Ryan Tara Crews bring up the gifts during Mass which opens the Year of Mercy. 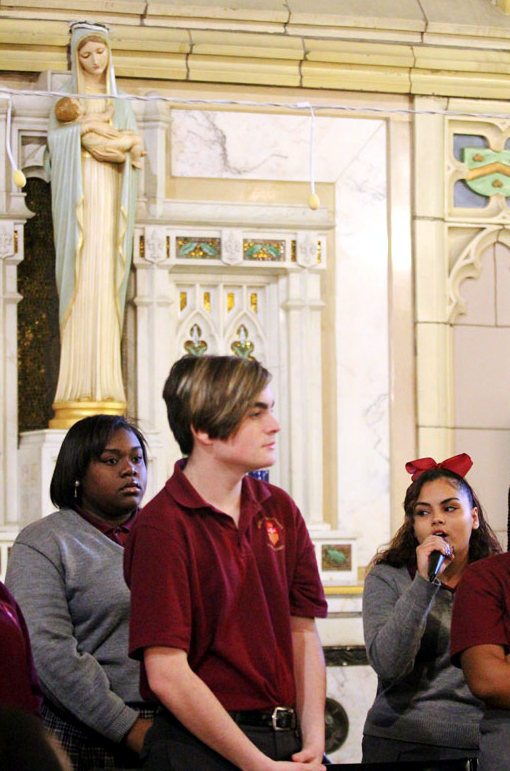 Freshman Dina Fuentes fills the church with her beautiful voice. 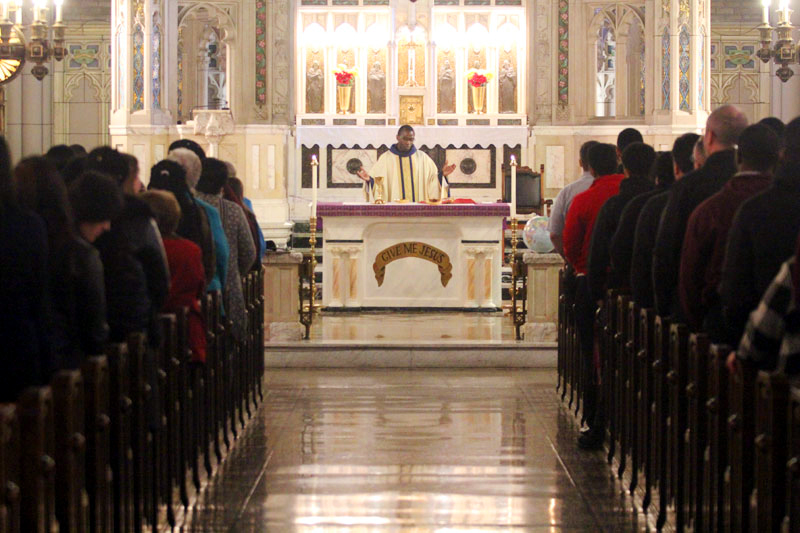 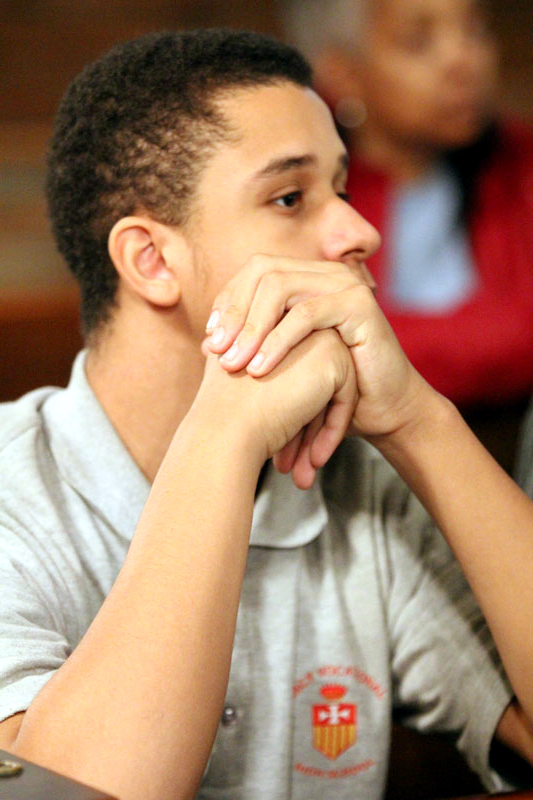 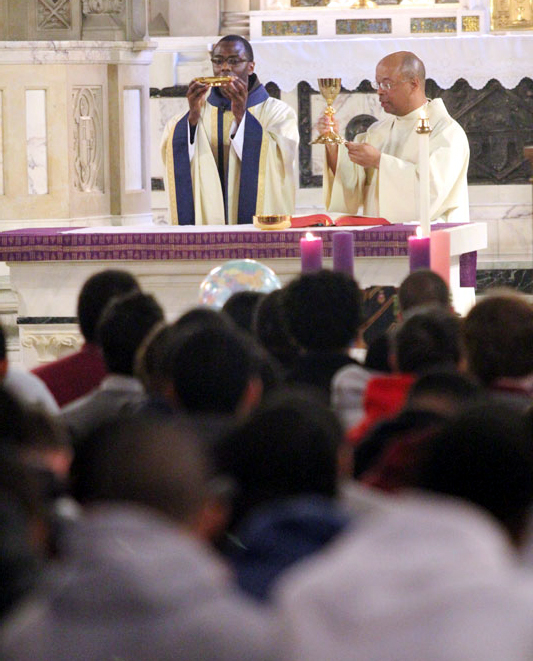 Father Owens and Father Thorne offer prayers during the Liturgy of the Eucharist. 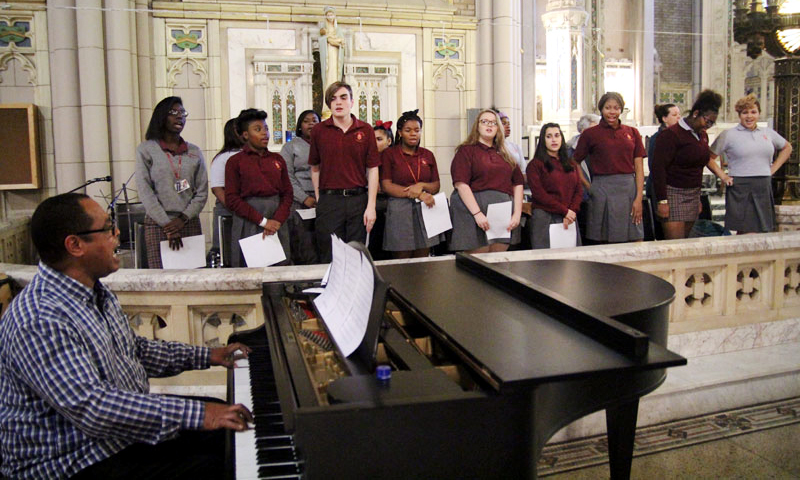 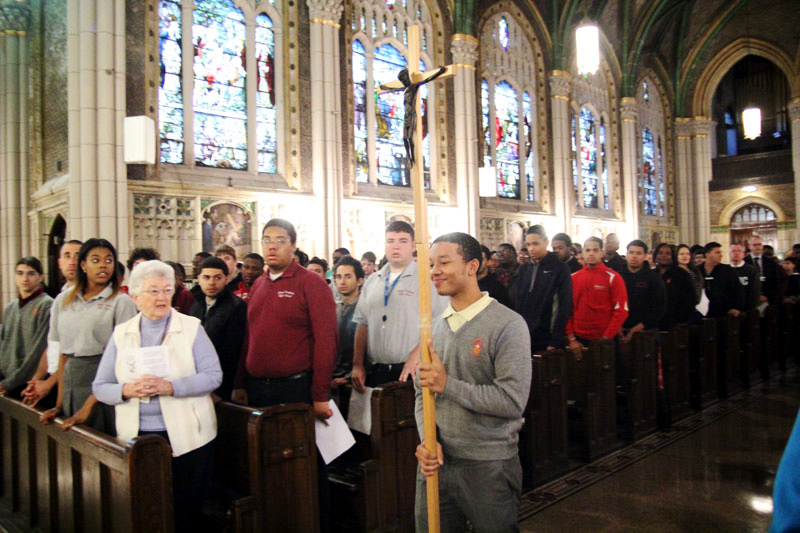 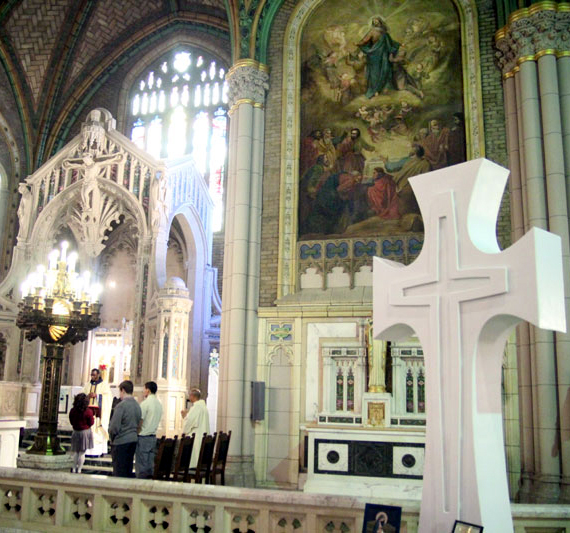 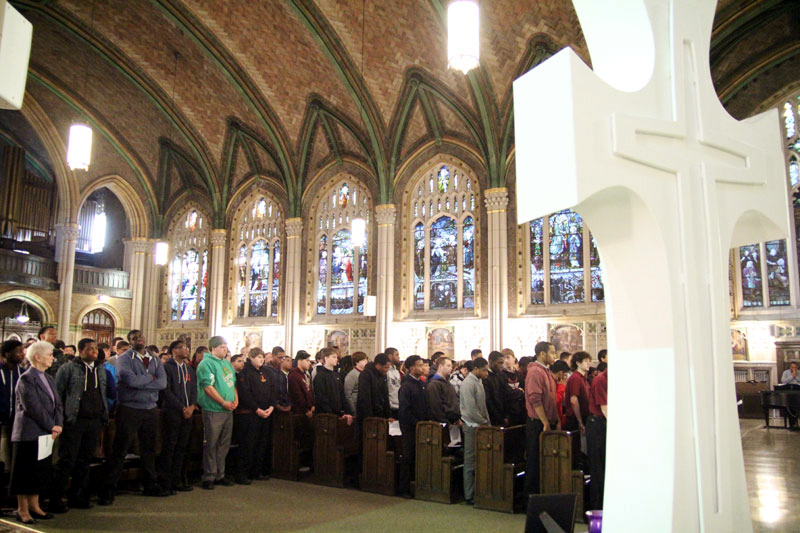 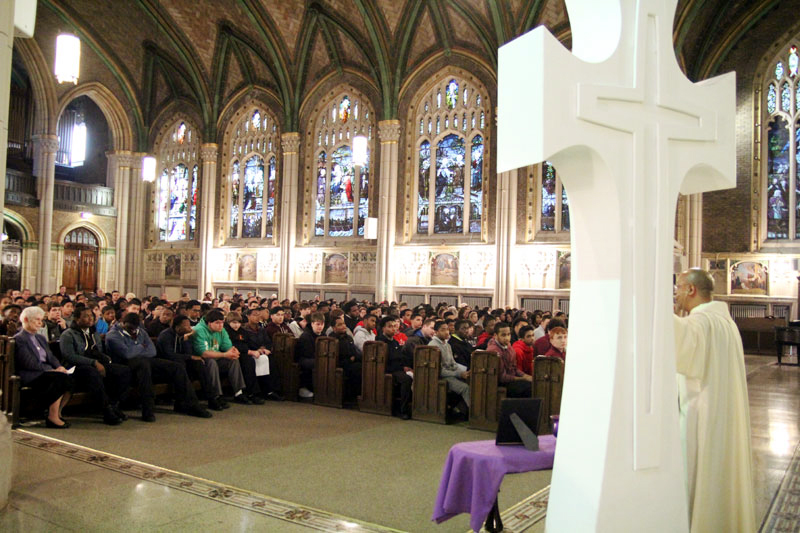