Pandemic reminds us we are made for loving relationship

Facing the sin of racism: This is who we are

In life as in the kitchen, it’s all gravy 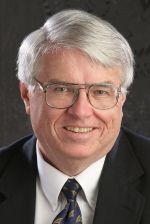 At some point last year, I decided he was old enough to learn how to make gravy. Now at family dinners and holiday gatherings, he’s called to the kitchen to go to work. A roast beef is removed from the Dutch oven handed down to us from my late wife Monica’s aunt and all that goodness in the bottom of the pan is transformed into something even better.

Then it’s poured into a ceramic pitcher, a family-proclaimed “gravy pitcher” that belonged to Monica’s grandmother.

During the recent cold, dark, wet days of early winter in the Seattle area, I’ve been thinking about gravy and other recipes, dishes and dinner favorites that have been handed down from one generation to the next.

And I’ve come to realize there’s more to a family’s comfort food than just the food. There are memories, too. There are stories. Histories. Legends. It seems a family tree can have recipes flapping from nearly every branch.

My grandkids seem amazed and amused that as a child, I never tasted sweet and sour pork or a quesadilla. On the other hand, I know they’ll never taste a “true” Cool Whip chocolate cake because at some point (my family thinks), the company altered Cool Whip’s ingredients.

And my grandchildren will never know the hot, greasy, sweet goodness of my grandmother’s homemade doughnuts, fried in lard (yes, lard) with bacon fat added for extra flavor.

I explain to them that I was born and spent my early formative years in Iowa (proud origin of the Snickers salad, which includes cubed Granny Smith apples, Cool Whip and chunks of Snickers bars), while in Seattle they have grown up eating Japanese dumplings.

With all this in mind — and before I have to stop and go get a snack — there are a few points to keep in mind when cooking and baking with your children and grandchildren, your nieces and nephews. First, a battered recipe box or nearly falling apart cookbook is a wonderful conversation starter and a source for an old favorite dish or dessert you haven’t thought of in years.

PREVIOUS: Make visiting the elderly a high tech, no tech, work of mercy

NEXT: Photographs at a funeral