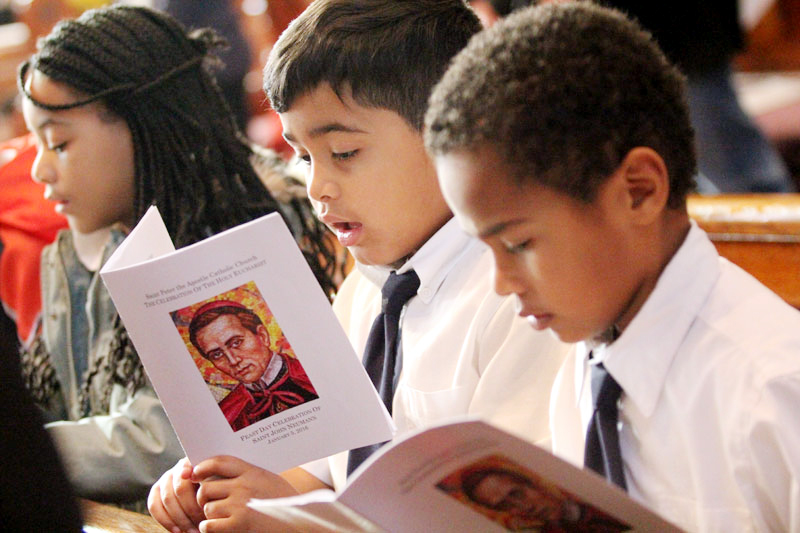 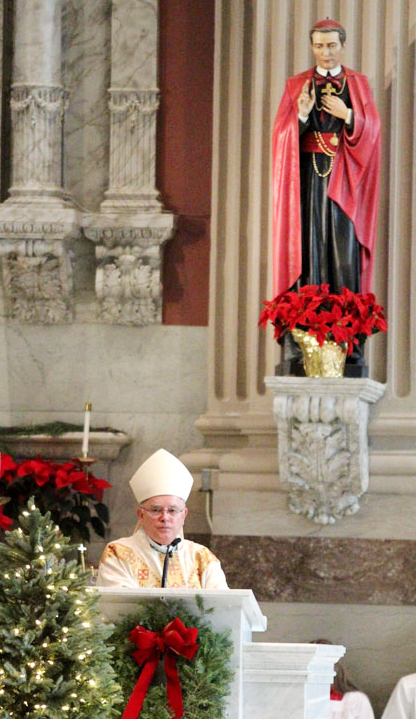 Archbishop Charles Chaput celebrated the feast day Mass Jan. 5 in honor of his most distinguished predecessor as Bishop of Philadelphia, St. John Nepomucene Neumann, at St. Peter the Apostle Church on Girard Avenue, where the remains of Philadelphia’s fourth bishop are venerated.

Assisting at the packed Mass was Father Paul Borowski, provincial superior for the Baltimore Province of the Congregation of the Most Holy Redeemer (Redemptorists), along with many of his Redemptorists confreres. St. John Neumann was also a Redemptorist and a former provincial.

Taking his cue from the readings of the day, Archbishop Chaput said St. John Neumann models for bishops and priests what it means to be a good shepherd and part of being a shepherd means going out to people in need.

St. Peter the Apostle Church has been a place of veneration for St. John Neumann since his sudden death on Jan. 5, 1860. From its foundation the parish was ministered by Redemptorist priests, and because other members of the congregation were buried in the undercroft of the church it was his wish to be buried there also.

Immediately after his burial Philadelphia Catholics began to visit to pray at his grave and to ask for his intercession. It is largely due to this persistent cult (which is not a negative term in this sense) that ultimately a cause for his canonization was opened.

It came to fruition on June 19, 1977, when Pope Paul VI entered John Neumann’s name into the canon of saints. It is technically incorrect to say Pope Paul made him a saint; the pontiff simply confirmed his sainthood. That is why St. John Neumann’s feast day is Jan. 5, the date the church believes he entered the Kingdom of Heaven in 1860.

In addition to attending the feast day Mass, most visitors also stopped at the shrine beneath the church to venerate St. John Neumann’s remains, which are interred within a lifelike effigy in a glass coffin beneath the altar.

“We’ve been coming to the shrine on his feast day for many years,” said Mary Varga of St. Joseph Parish, Downingtown, who was accompanied by family members. “For many people and our family we are excited to be here. The Redemptorists have made it a beautiful place and we get close to the Lord by venerating this holy saint.”

Elena Cristostomo of St. Charles Borromeo Parish, Bensalem, visited to pray for help in a family illness. “St. John Neumann is an intercessor who works so hard for all of our intercessions,” she said.

Alex Torres, who is from St. Boniface Parish in Camden, N.J., said, “I come here often. St. John Neumann never lets me down.”

Some visitors were not even aware it was St. John Neumann’s feast day.

“Is it his feast day?” exclaimed Mario Bier of Annunciation Parish, Philadelphia. “I went to St. John Neumann High School when it was South Catholic.”

Lien Nguyen, visiting with her family, is also an immigrant, in her case from Vietnam and now living in San Jose, California. “It’s very special to have a chance to come here for the first time on his feast day,” she said. I don’t know much about him, just that he was a bishop and when he was alive he helped people.”

Feast day or not it is apparent many people will continue to visit and pray for the intercession of Philadelphia’s first canonized saint for many years to come. 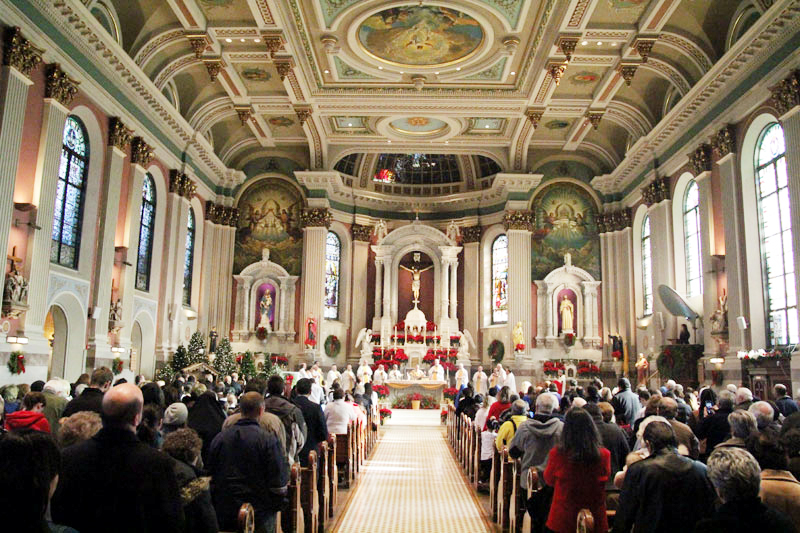