Sister Madeline Davis dies at 89, was S.S.J. sister for 70 years 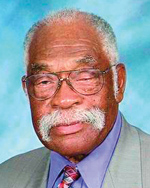 Deacon Thomas A. Shields, 85, a retired permanent deacon who was a member of the first class of African American deacons ordained for the Archdiocese of Philadelphia, died Jan. 10. He was married for 33 years to the late Barbara Jean (Smith) Shields.

Born in New Bern, North Carolina, the son of the late Anthony and Ada Shields, he was a Korean War veteran, serving in the U.S. Army. He attended Temple University and graduated from the Pennsylvania Institute of Criminology.

A member of the former St. Elizabeth Parish, Philadelphia, he entered the diaconate program and was ordained at the Cathedral Basilica of SS. Peter and Paul by Cardinal John Krol on Nov. 7, 1982. Upon ordination he was assigned to St. Elizabeth Parish until it closed in 1993, at which time he was assigned to St. Martin de Porres until his 2010 retirement from ministry.

“He was a man of humble service,” said Father Stephen Thorne, pastor of St. Martin, who was the homilist at Deacon Shields’ Jan. 23 funeral at St. Martin. “He wore many uniforms, but the most important one was his uniform at baptism.”

Father Rayford Emmons, who was the last pastor of St. Elizabeth, was a seminarian in the Thursday Apostolate program of St. Charles Borromeo Seminary at the Philadelphia prisons when he first met Deacon Shields, who was then a guard. He made an impressed on the young seminarian.

At St. Elizabeth, Father Emmons said, Deacon Shields performed most of his ministry on weekends because of his heavy work schedule. He visited the sick, led several parish organizations and was involved in many others from seniors to youths.

A further testament to Deacon Shields’ high standing in the community was the large number of people who attended his funeral, including a large contingent of former associates at the prisons.

Deacon Shields is survived by his children Thomas A. Jr., Patricia, Cecelia and Rosalyn; also grandchildren and great-grandchildren.

NEXT: Msgr. Shoemaker, pastor of Yardley parish, dies at 75