Across the Aisles: Chester County March for Life 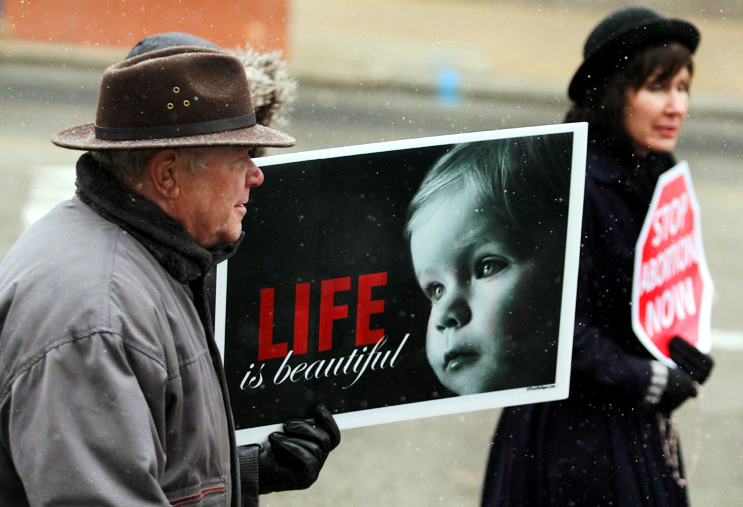 The 23rd annual Chester County March for Life brought together pro-life advocates for an ecumenical prayer service at St. Agnes Church in West Chester followed by a march to the Chester County Courthouse on Sunday, Jan. 17. Mercy and family was the theme of the afternoon service that featured prayers led by two Protestant ministers, a keynote talk by Father Christopher Rogers of St. Patrick Parish in Kennett Square plus the singing of patriotic songs in the church. The SS. Simon and Jude School Choir provided music. Afterward, participants carried pro-life signs as they marched several blocks through falling snow. The day concluded with refreshments at the Knights of Columbus Hall in West Chester. (Photos by Sarah Webb) 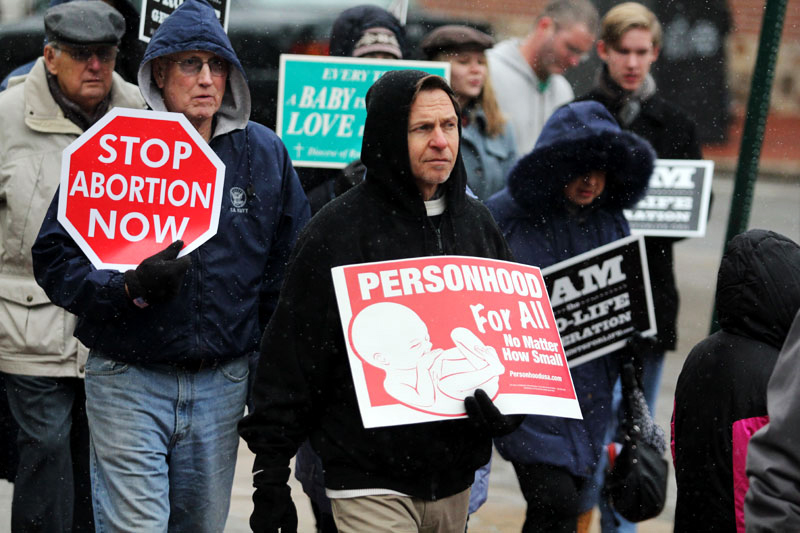 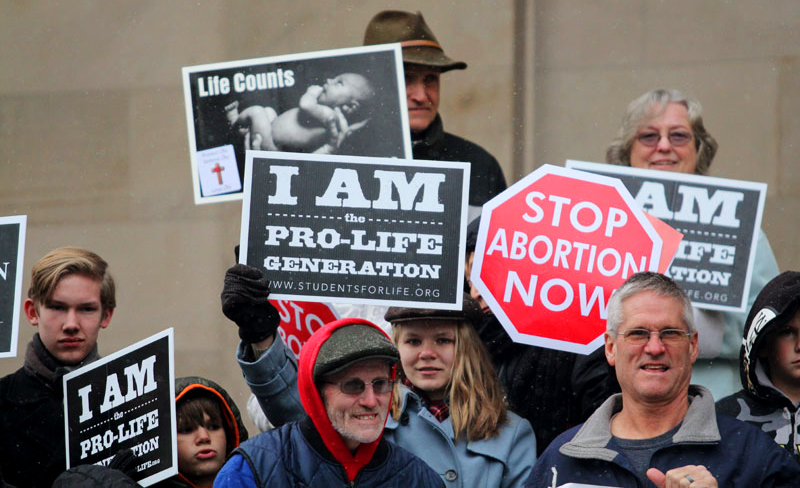 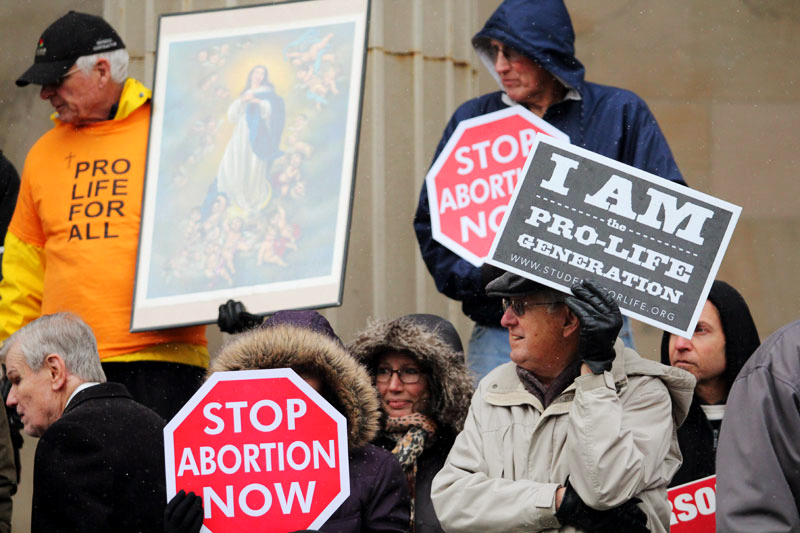 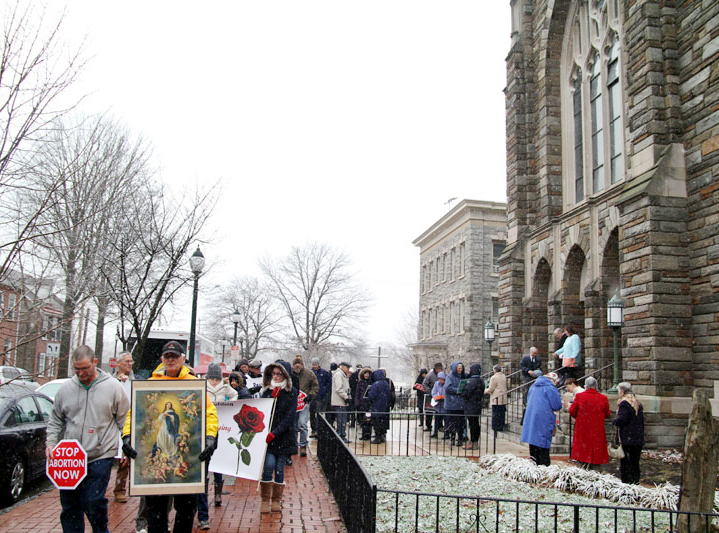 Pro-life supporters from Chester County depart from St. Agnes Church in West Chester in silence as they march for respect for life. 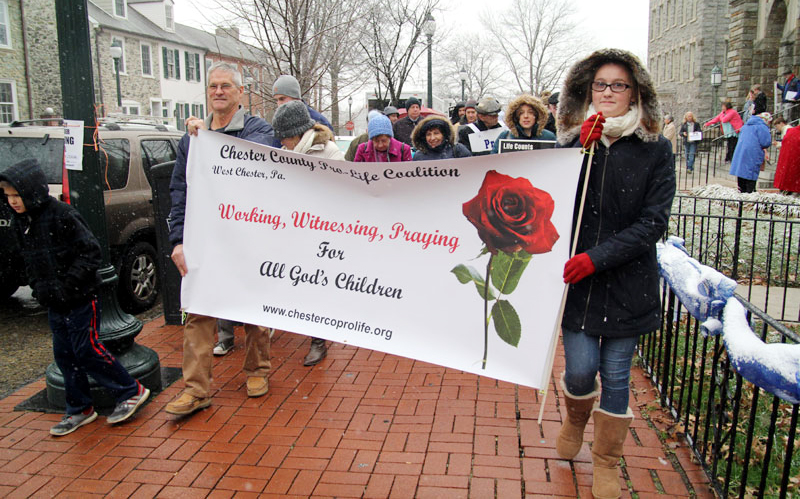 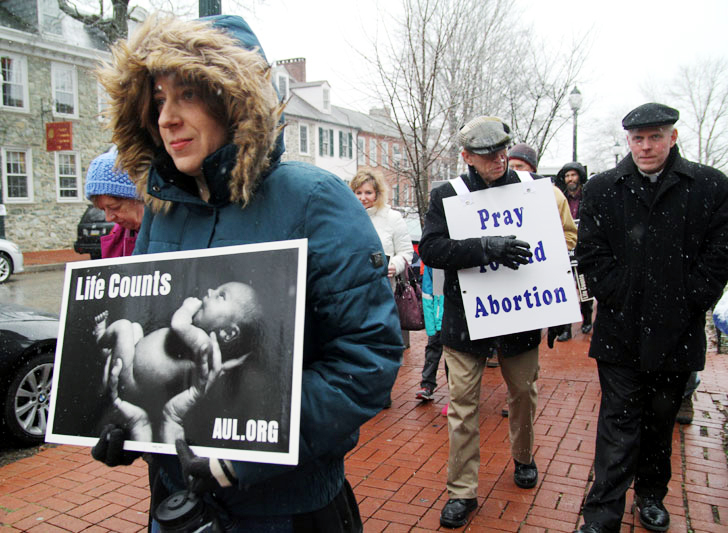 Pro-life supporters from Chester County silently march in the snow from St. Agnes Church in West Chester to the steps of the Chester County Courthouse. 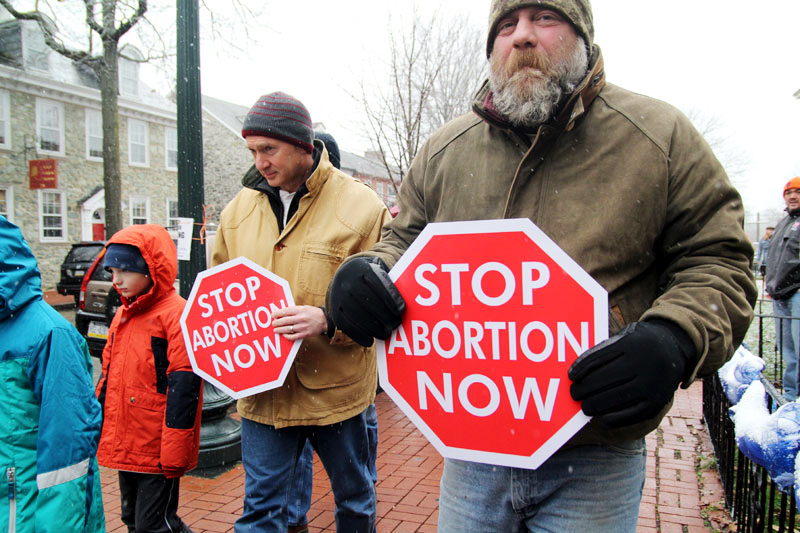 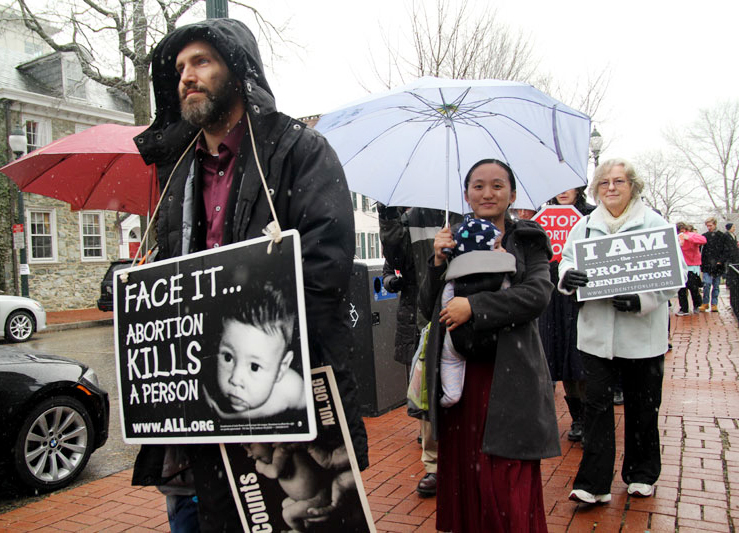 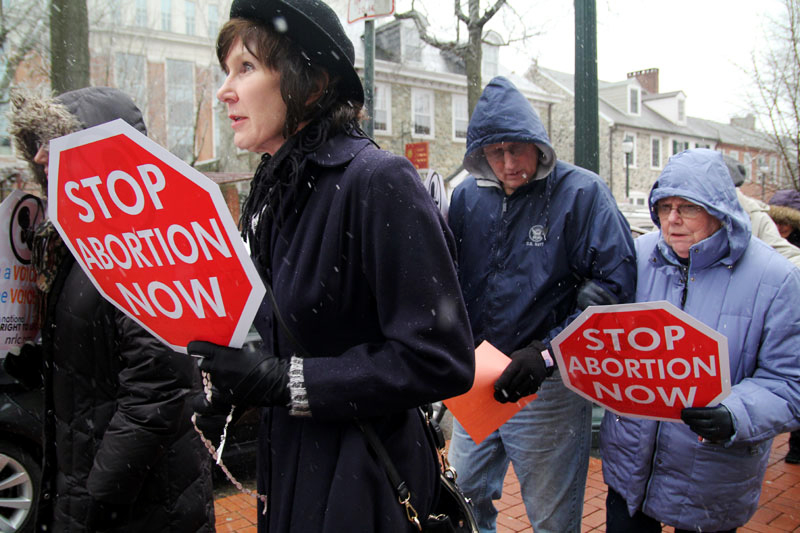 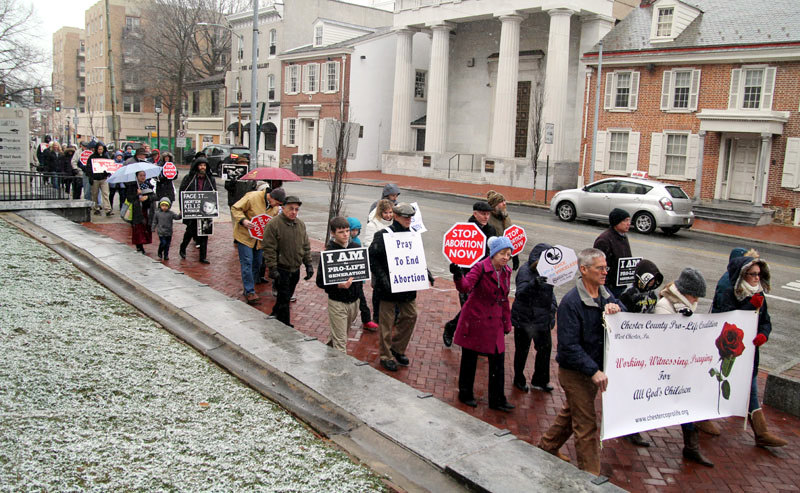 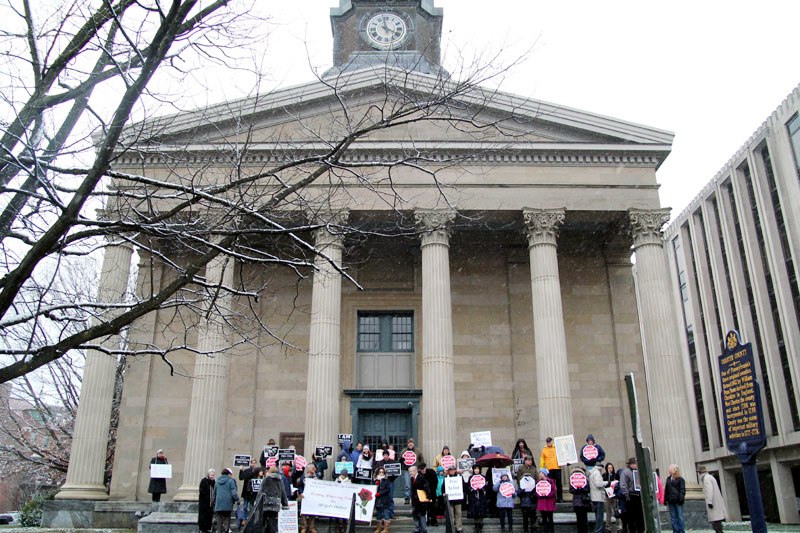 A group of Chester County residents gathers on the steps of the county courthouse to pray for the unborn. 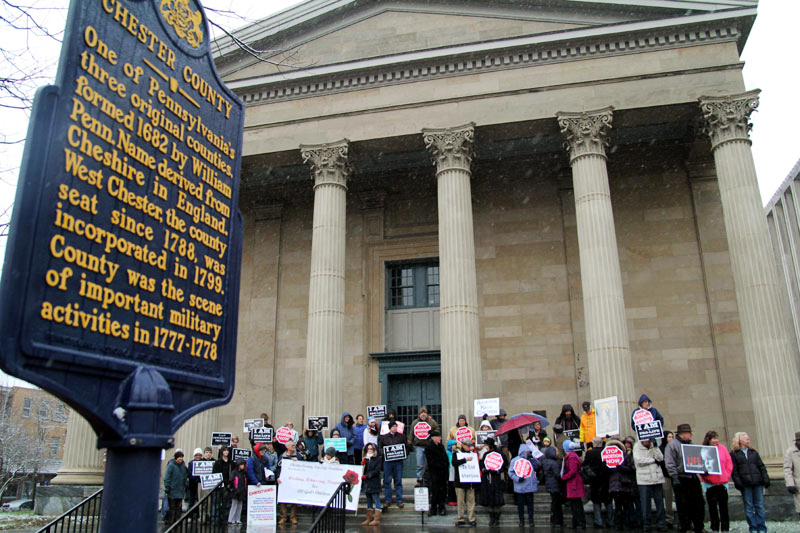 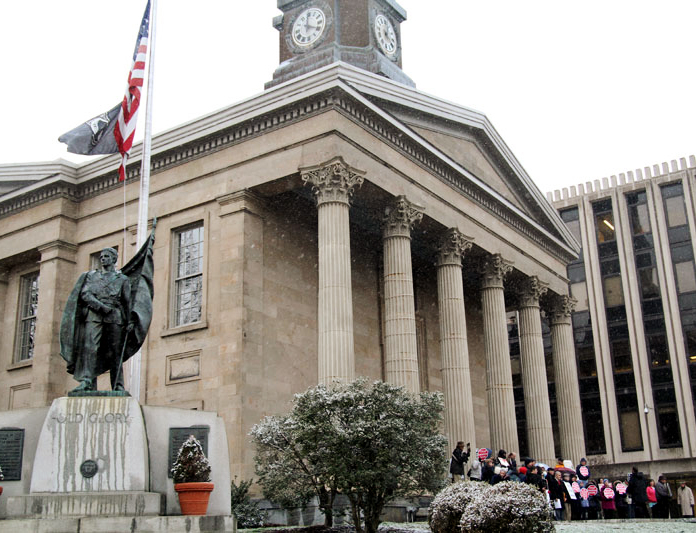 The Gies family sings “When a Child is Born” during the pro-life event at St. Agnes Church in West Chester. Later in the day they were awarded the Catholic Witness Award by the Chester County Pro-Life Coalition. 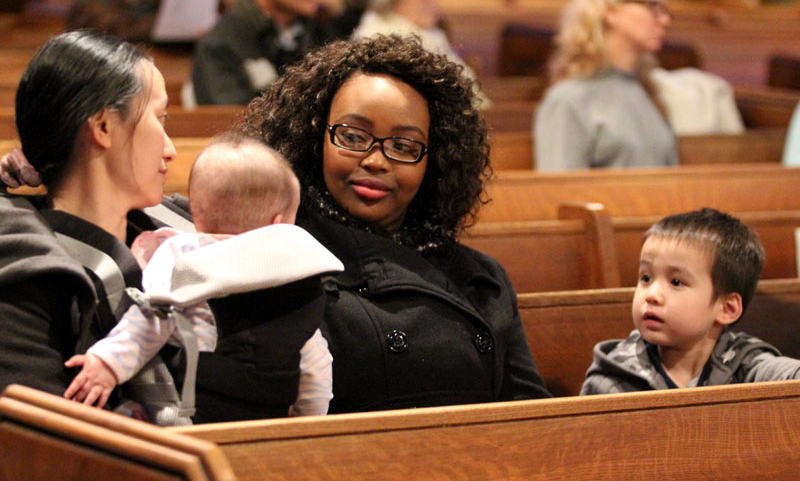 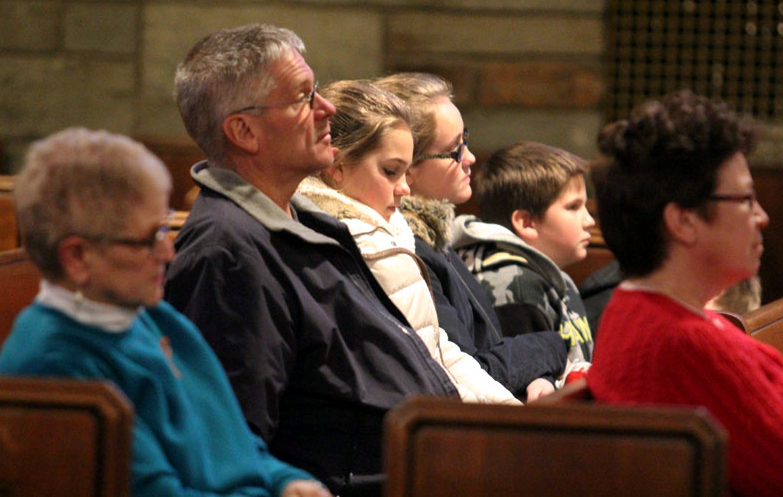 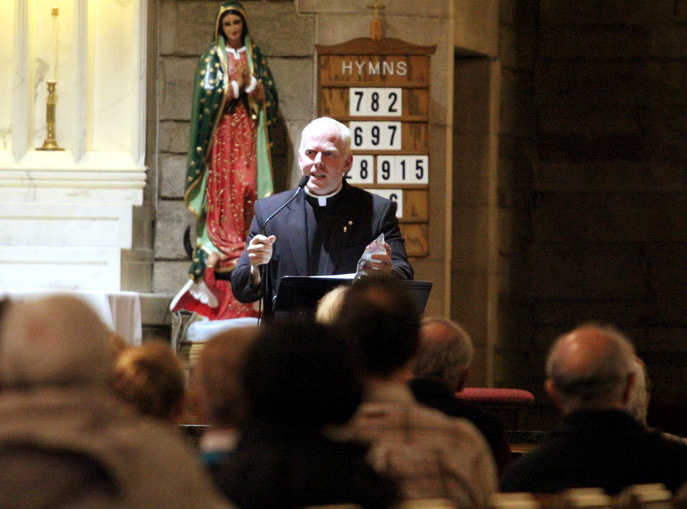 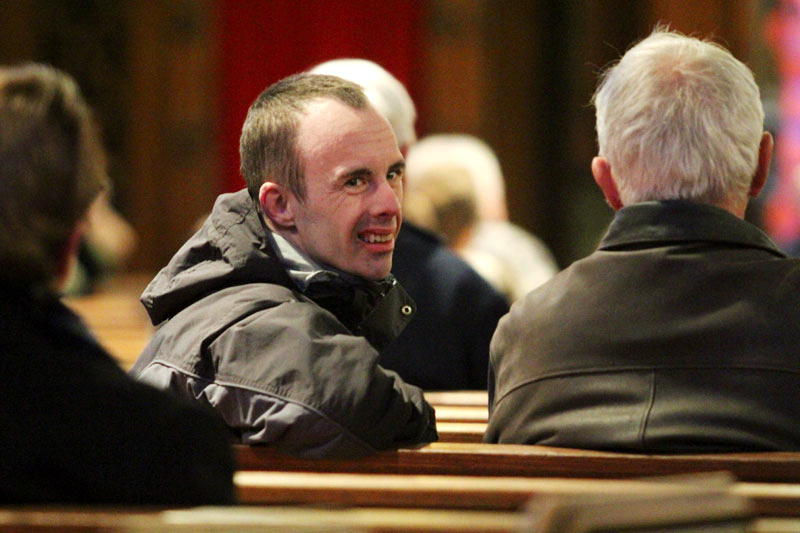 Sean Finley attended the Chester County event with his parents Jack and Mary and his brother David.

NEXT: Praising the Lord in remembrance of Dr. King