One of Conshohocken’s Catholic churches set to close 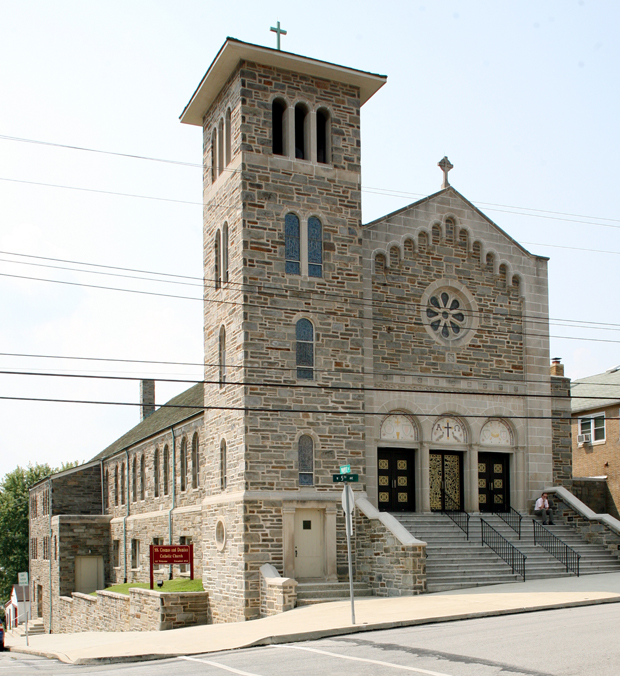 SS. Cosmas and Damian Church in Conshohocken, a worship site of St. Matthew Parish in the borough, will close as a Catholic church.

SS. Cosmas and Damian Church in Conshohocken will close as a worship site of St. Matthew Parish effective March 16, the Archdiocese of Philadelphia announced Feb. 22.

Founded in 1912 as an Italian national parish in Conshohocken, SS. Cosmas and Damian’s membership had decreased for years as the borough experienced demographic changes similar to many communities in the archdiocese. Average weekend Mass attendance in 2012 had dwindled to 482.

By June 2014, SS. Cosmas and Damian along with St. Mary (a Polish national parish) and St. Gertrude across the Schuylkill River in West Conshohocken, merged with St. Matthew Parish to form a single parish at St. Matthew. Only occasional funerals, weddings and other Masses were celebrated at the three worship sites.

Since the merger there had been “very few requests” to use SS. Cosmas and Damian for public worship, according to a news release from the archdiocese. The church is nestled in a neighborhood about five blocks from St. Matthew’s, a grand church located prominently on the borough’s busiest street.

Meanwhile the ordinary maintenance costs for SS. Cosmas and Damian and its attached vacant rectory have continued to be borne by St. Matthew Parish. Those costs are $42,000 annually, not counting deferred maintenance that would cost an additional $36,500 were the parish to spend that money at the worship site.

Leadership at St. Matthew’s sees growing pastoral needs of the parish serving the now wider community. Those needs require renovation of space at St. Matthew Church for “pastoral, educational and administrative purposes” for the parish, according to the release.

After consultation and support of the parish pastoral and finance councils, St. Matthew’s pastor, Father Thomas Heron, requested that the SS. Cosmas and Damian site be closed under the formal canonical designation of relegating the church to “profane but not sordid use.”

The archdiocesan Council of Priests reviewed the request and Archbishop Charles Chaput approved it after his review.

The archdiocese did not state whether SS. Cosmas and Damian will be sold. Its disposition will be the determination St. Matthew’s pastor along with the pastoral and finance councils in order to provide for “continued parish viability and sustainability,” the news release said.

In all cases of parish consolidations in the archdiocese, the newly formed parish – in this case, St. Matthew’s – receives all the debts, assets and real estate holdings of the merged parishes, such as those of the worship sites in Conshohocken.

Although it will close March 16 and no longer serve as a Catholic church, SS. Cosmas and Damian in recent years had served as a house of worship for St. George Coptic Orthodox Church and is expected to continue to do so.

That Christian community had used a former Lutheran church in Norristown for more than 20 years but had been founded and had its first home in a small church in Conshohocken since the early 1980s.

NEXT: ‘24 Hours for the Lord’ calls for all churches to stay open March 4-5