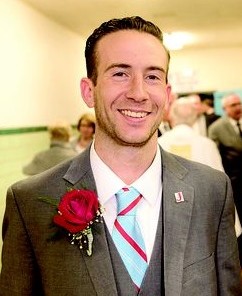 King, a 1997 graduate of Father Judge, assumes the role of school president after more than five years as the school’s director of advancement and operations.

He oversaw several major school projects and renovations including the ramp playground revitalization, track and field renovations, as well as renovations to the school cafeteria. He also had a leading role in the success of the Crusader Campaign Annual Appeal over the past five years.

Prior to his time at Father Judge King was the executive director of the Mayfair Community Development Corporation for more than three years.

Christopher Mominey, chief operating officer of Faith in the Future Foundation and archdiocesan secretary for Catholic education said King “knows first-hand the value of a Gospel-based, quality Catholic education provided for students and families here in the Archdiocese of Philadelphia. His proven leadership and enthusiasm for leading the Father Judge Community into a successful new chapter in its already rich history makes Mr. King an ideal choice for school president.”

King holds a bachelor of science degree in fine arts from St. Joseph’s University. Early in his career he was the physical education teacher at St. Matthew Parish School in Northeast Philadelphia from September 2001 through August 2006.

NEXT: One of Conshohocken’s Catholic churches set to close