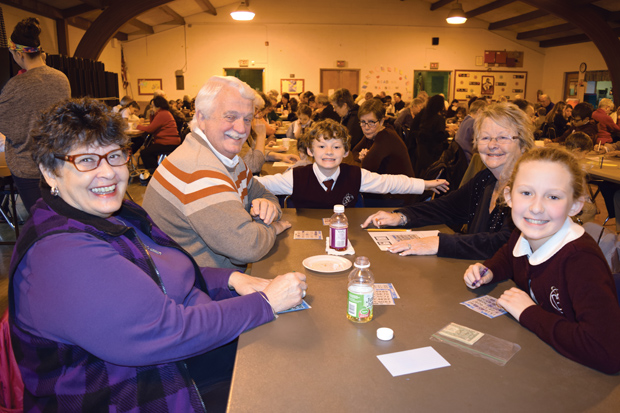 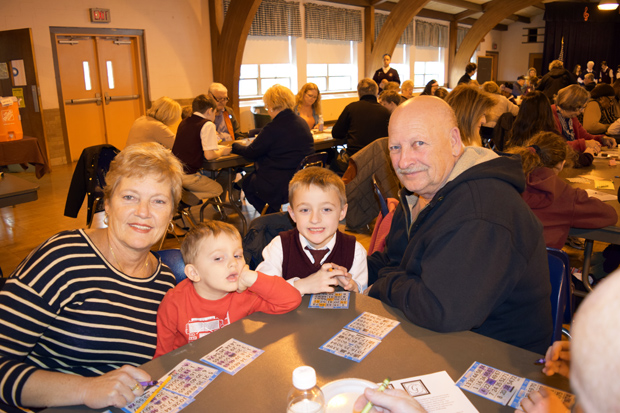 Sally and Greg Wright definitely go an extra mile for their grandkids. As part of Catholic Schools Week, it was Grandparents Day at Good Shepherd School in Ardsley, so they made the two-hour trip from their home on Long Beach Island in New Jersey just to be there for Maeve, who is in first grade, and Violet, who is in pre-K.

They got to play Bingo with the kids, visit their classrooms, meet the teachers, see the children’s work and take them to the school’s book fair.

“I went to St. Genevieve School and Greg went to Holy Martyrs,” Sally said of the schools in Flourtown and Oreland, Montgomery County. “We have four children and they all went to Catholic school. It’s a good foundation; it teaches them religion, respect and good values.”

Good Shepherd lives up to everything she would want in a school. “It’s really family-oriented and diverse,” she said.

Greg was most impressed by the leadership and the friendly atmosphere, where the older kids say hello when they pass you and obviously care for the younger children.

Good Shepherd is a small school, with 205 students, but clearly up-to-date. As Emily Mullen, the technology teacher (who also has a grandchild, Kate, in the pre-school), explained tech education starts with the 3-year-olds and continues up.

The older kids will become adept with Microsoft Word, Publisher and Excel. Right now her sixth graders are focusing on a project around the annual Alaskan Iditarod dog sled race from Anchorage to Nome. They will research its beginnings and how it is done. Then they will complete either a Power Point or Publisher presentation.

“This is a wonderful school with a great faculty and principal,” Immaculate Heart Sister Patricia Healey, who “is very supportive of anything we want to do to move this school into the future,” Mullen said.

The proof is in the finished product of course, and judging by the testimony of eighth graders Mikayla Brown and Will Price, something is working at Good Shepherd.

Mikayla, whose Aunt Grace taught at the school, started at Good Shepherd when she was 4 (at that time it was Queen of Peace School), and she will be moving on to Bishop McDevitt High School after graduation.

Good Shepherd “means a lot,” Mikayla said. “It is a really good community, everybody is so close. I really love it.”

But this is Grandparents Day and that is very special to Mikayla. “My grandmother with my aunt raises me and my two brothers also,” she said. “They do pretty much everything for me. They help me through everything, even the sad times, whatever comes along.”

Would she consider a career in teaching? “Maybe in pre-K,” she thinks.

For Will also, Good Shepherd is the only school he has known. “I’ve been in this building since I was 4, maybe younger because my brother was here,” he said. “I’ve been raised here; it’s in my blood.”

Both Will and Mikayla are involved in the school’s theater and music programs, but a special focus for Will is the Honors Math program.

“It’s preparing me for high school,” he said. “I will be going to Roman Catholic straight into Algebra II. They involve you with businesses in your junior and senior year, and I hope to get into college with some credits and study business.”

One constant at Good Shepherd is the positive role played by Sister Patricia, the principal. She in turn credits the Healy Education Foundation, which has taken the school under its wing, and provides guidance especially in the areas of development and enrollment.

For a time, it seemed that Good Shepherd would have to close but now enrollment has been on a moderate upswing.

Catholic Schools Week is really a good opportunity to showcase what is being done.

“It gives the children, I think, the opportunity to really identify with Catholic education,” Sister Patricia said. “They see parishioners involved, they see grandparents involved. This year we had a beautiful liturgy here; we had police, fire, emergency personnel and military personnel. It shows they too appreciate Catholic schools.”

For herself, “I’ve been here for 11 years and each year feels more blessed,” she said. “The children are great, the parents are great and I even had a couple of grandparents come up to me today before they left. They said, ‘You can feel the love when you come in the door.’ If outsiders feel that way, I am happy.” 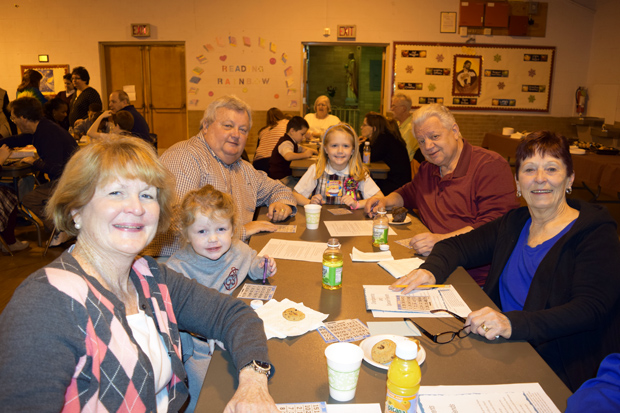