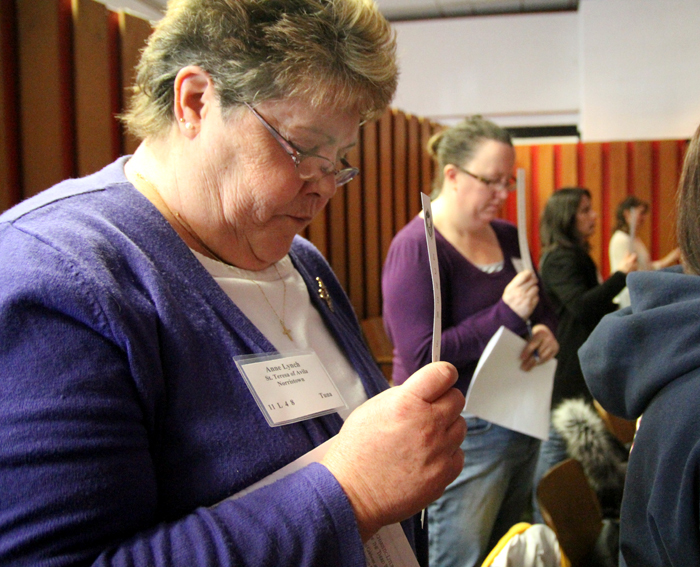 Anne Lynch, from St. Teresa of Avila Parish in Norristown, holds ups her her slip of paper with her prayer for herself to be blessed during Mass.

The Catechist Convocation at Archbishop Carroll High School drew religious educators from Catholic schools and PREP programs of parishes across the Archdiocese of Philadelphia. See the full story here, and our photo gallery below. (Photos by Sarah Webb) 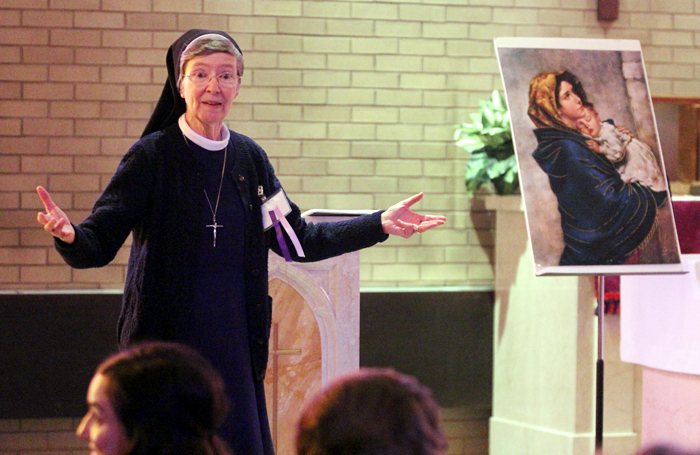 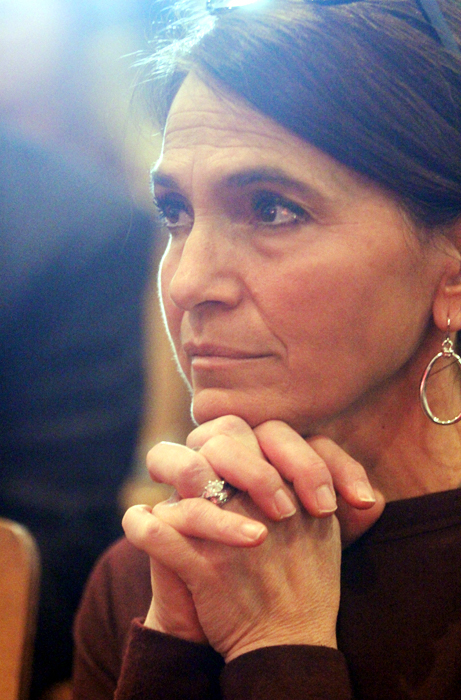 Linda Robinson from SS. Phillip and James Parish in Exton, prays during Mass. 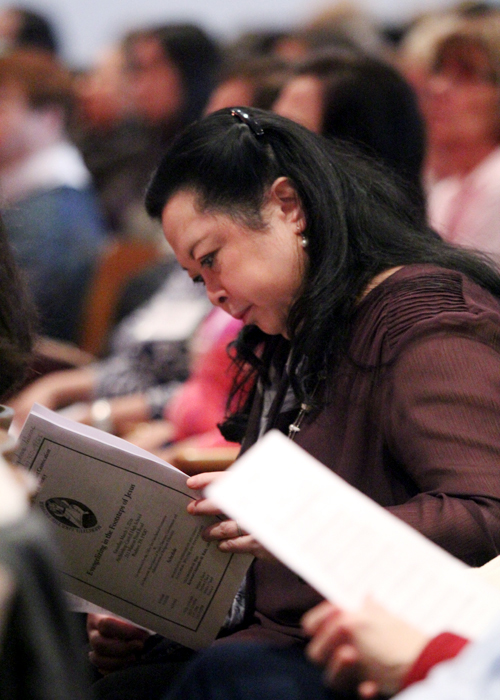 Mary Anne Monroe from St. Margaret Parish in Narberth reviews the schedule of the day. 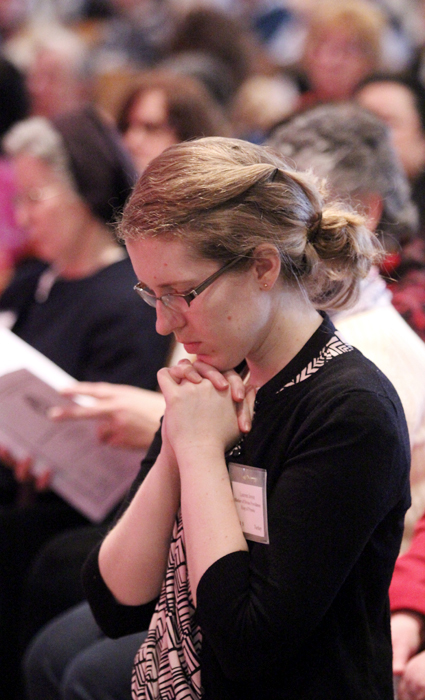 Lauren Joyce from Mother of Divine Providence Parish in King of Prussia. 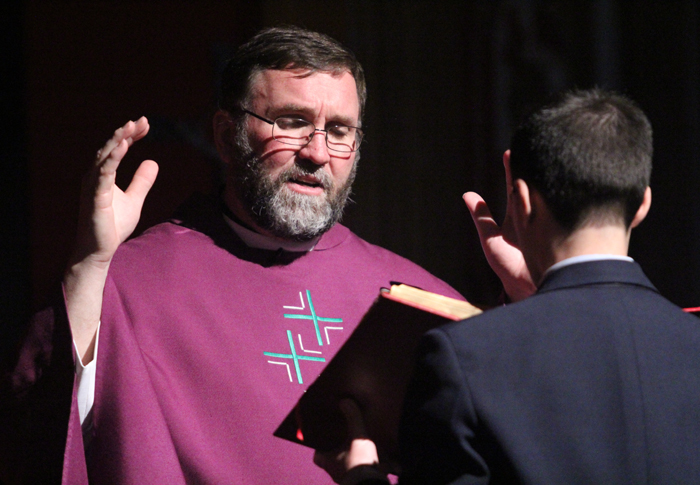 Father Chris Walsh, celebrant of the Mass, offers a prayer. 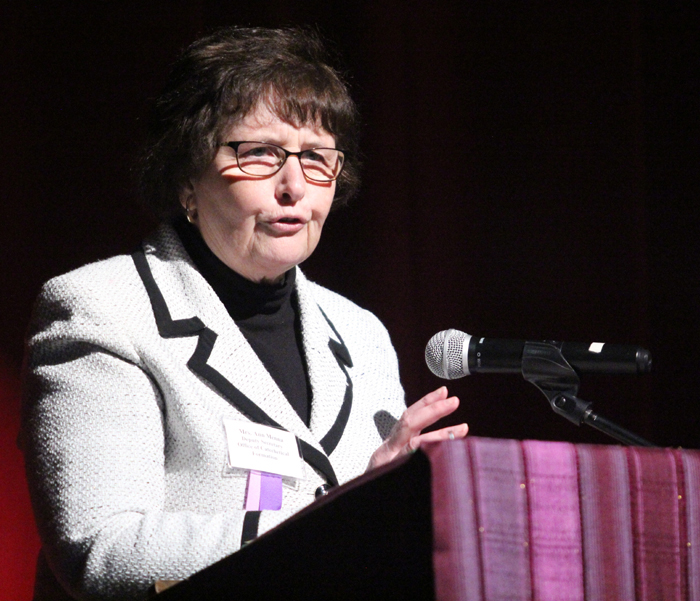 Ann Menna, deputy secretary for catechetical formation of the Archdiocese of Philadelphia, welcomes catechists to the convocation. 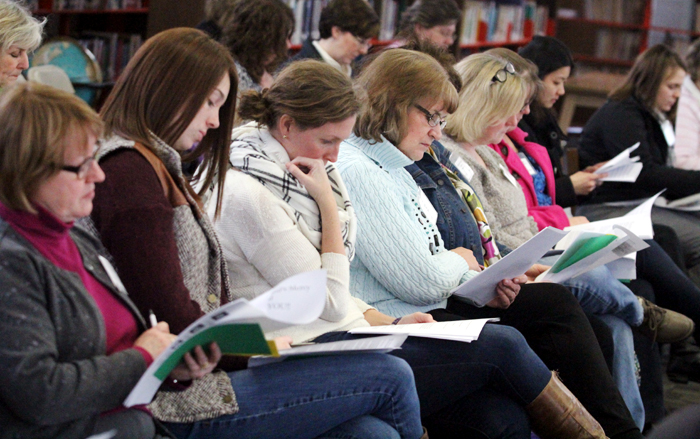 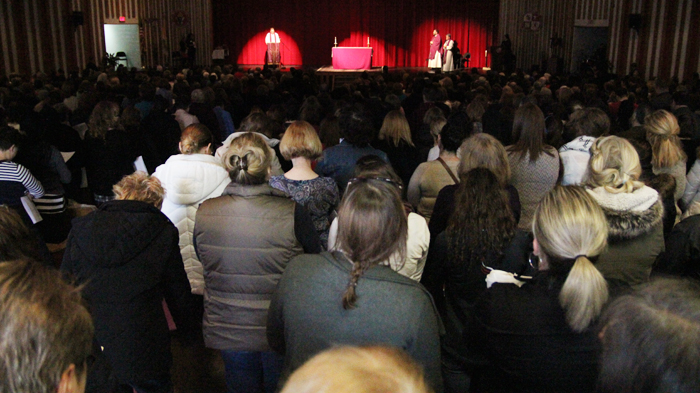 Anne Lynch, from St. Teresa of Avila Parish in Norristown, and other participants at Mass pray for the favor they would like God to grant them, which they have written on paper held up in prayer. 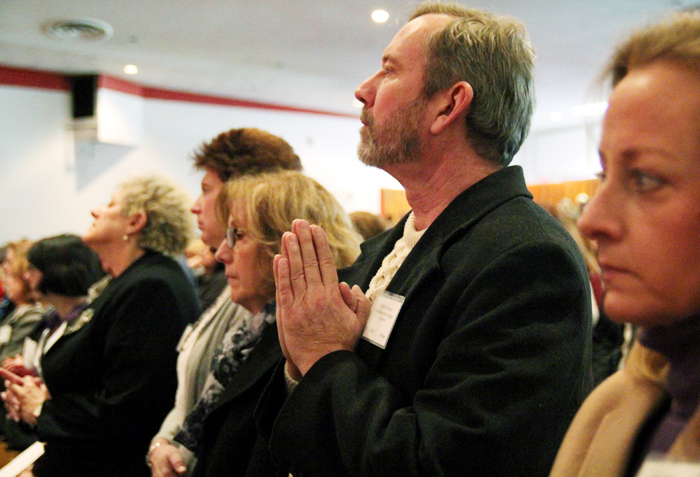 Alan Wersler, from St. Michael the Archangel Parish in Levittown, prays with fellow catechists during Mass that began the convocation. 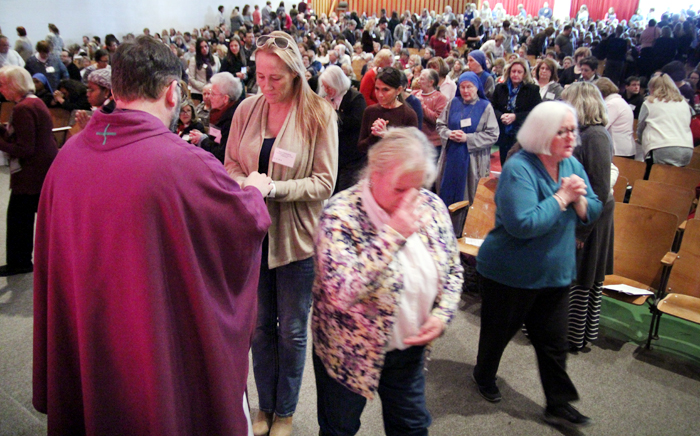 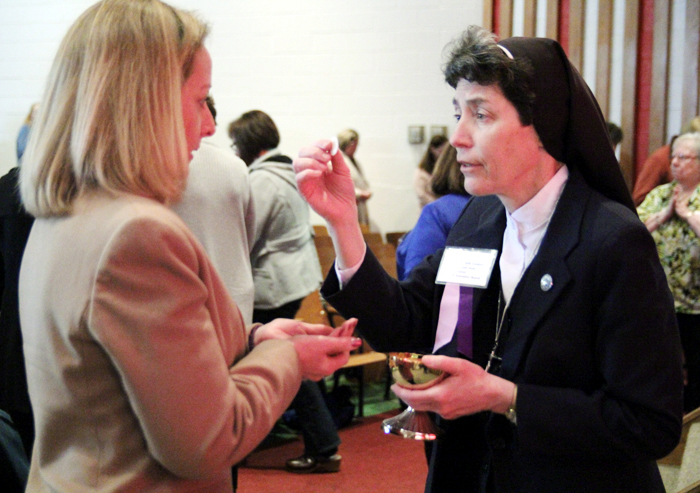 Sister Barbara Jude Gentry, I.H.M., distributes Holy Communion. In addition to serving as director of religious education at SS. Simon and Jude Parish in West Chester, she is also president of the executive board of the Association of Parish Directors, Coordinators and Administration of Religious Education (PD/CARE) for the Archdiocese of Philadelphia. 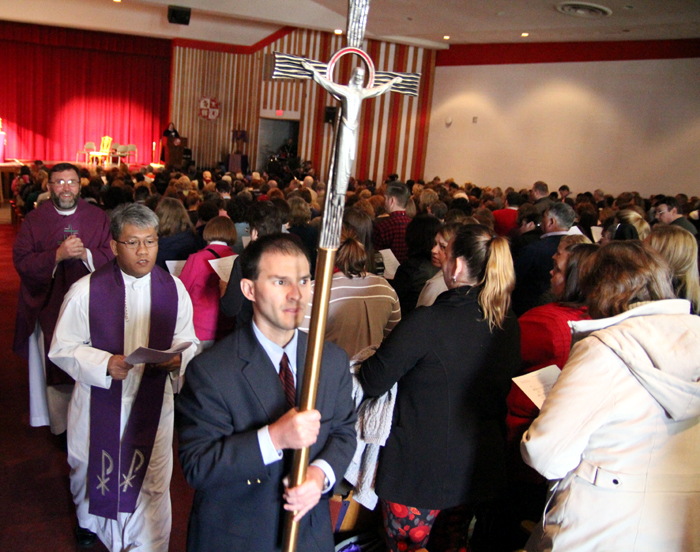 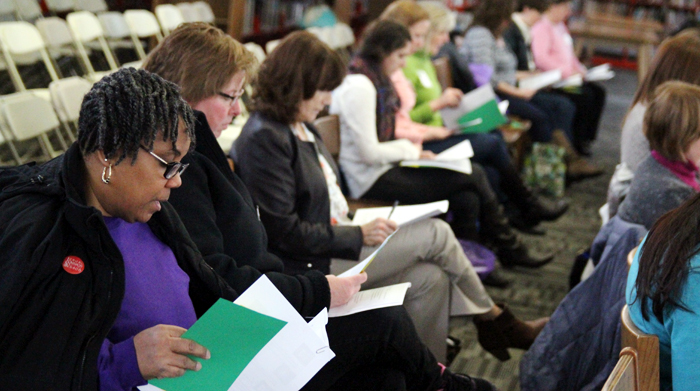 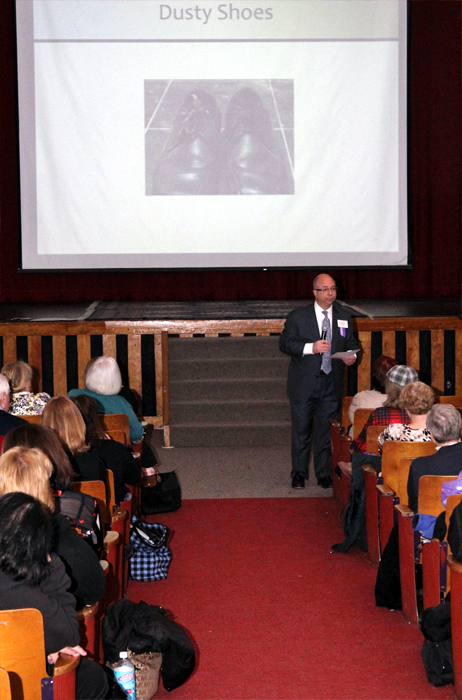 Louis P. DeAngelo, school superintendent for the Diocese of Wilmington, speaks on “Dusty Shoes” at the convocation. 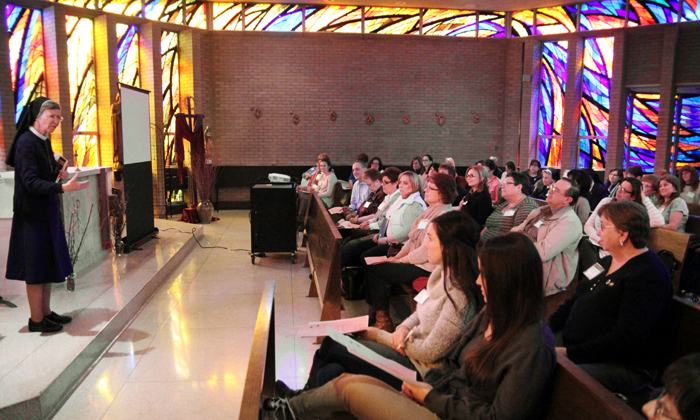 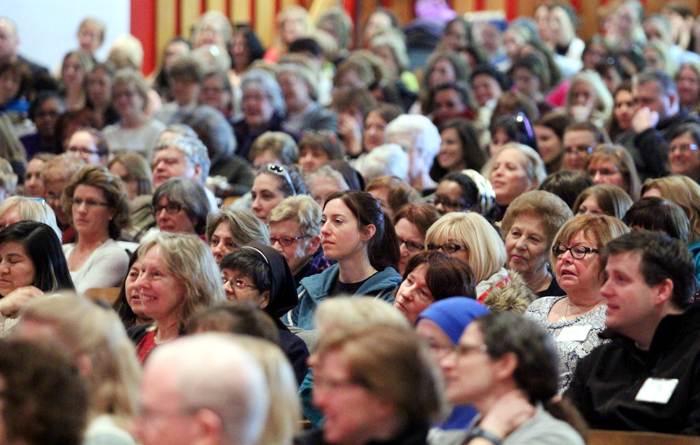 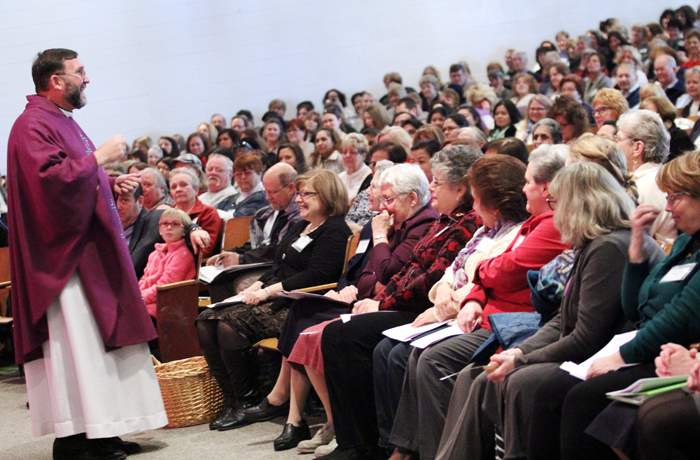 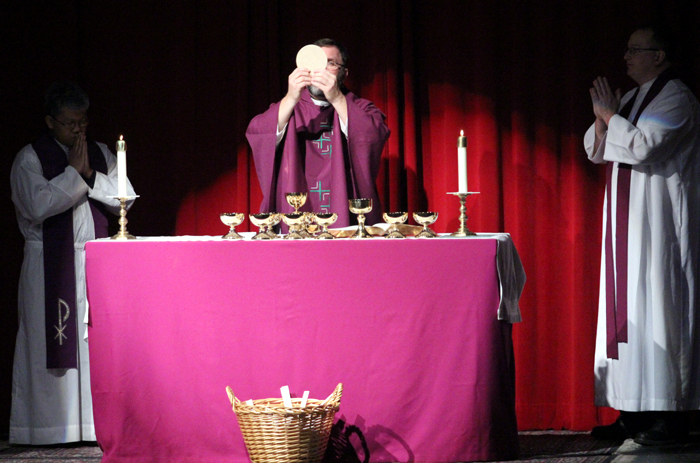 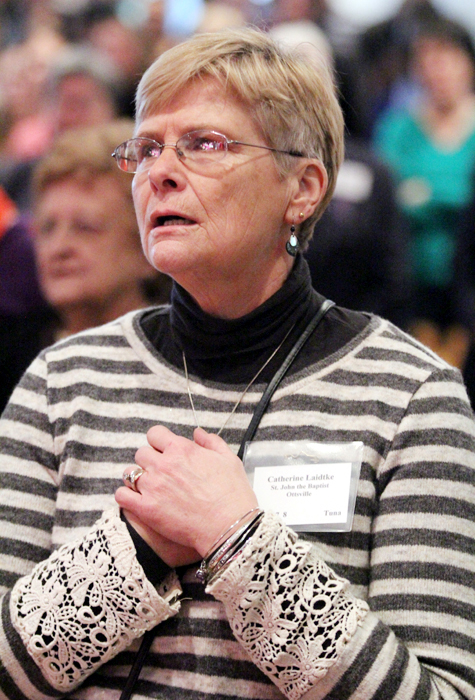 Catherine Laidtke from St. John the Baptist Church in Ottsville. 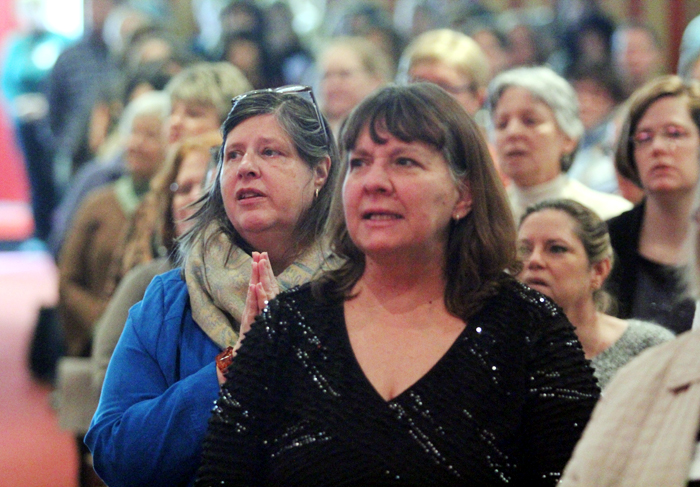 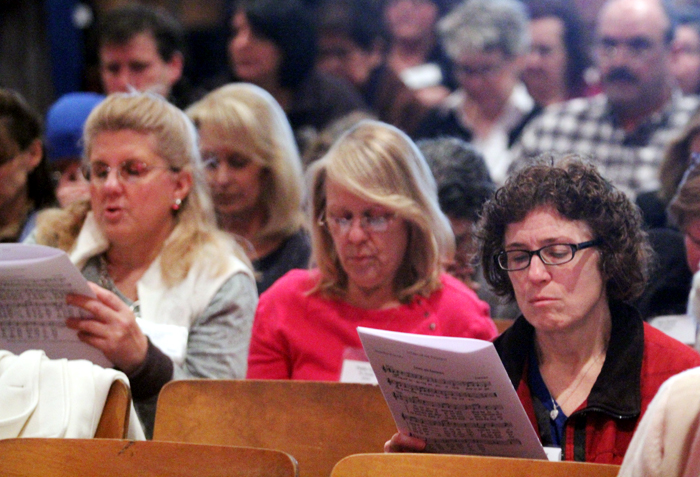 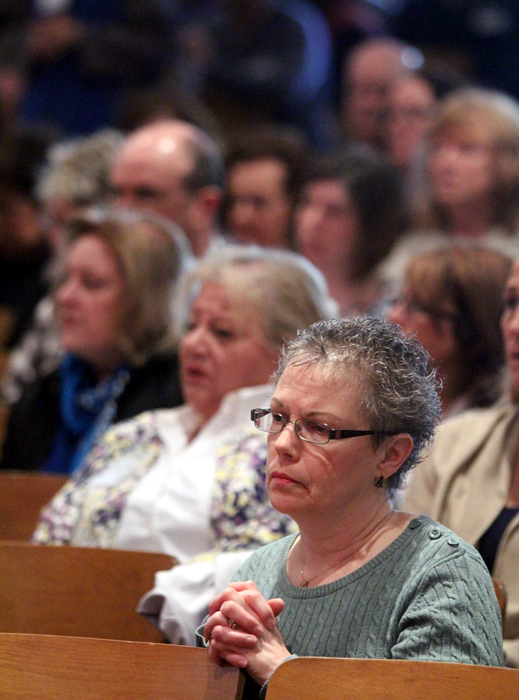 Dorothy Borowski from Our Lady of the Sacred Heart Church in Hilltown. 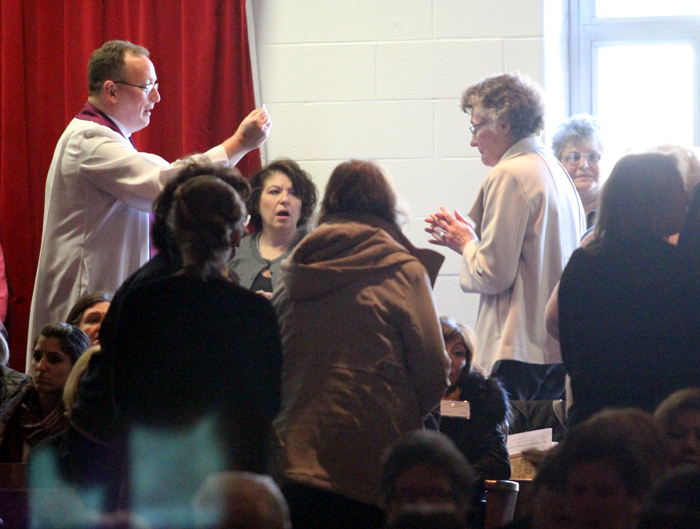 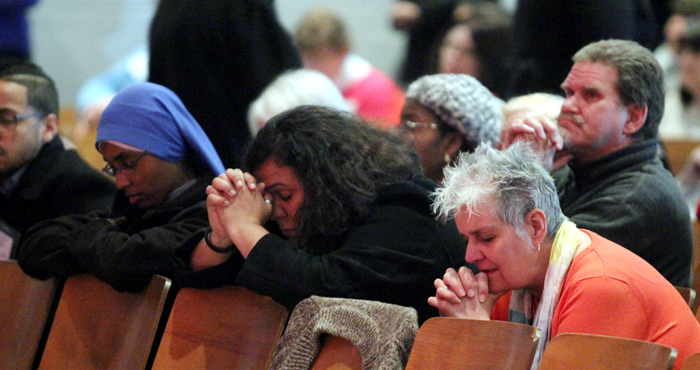 NEXT: Across the Aisles: St. Katharine’s feast day