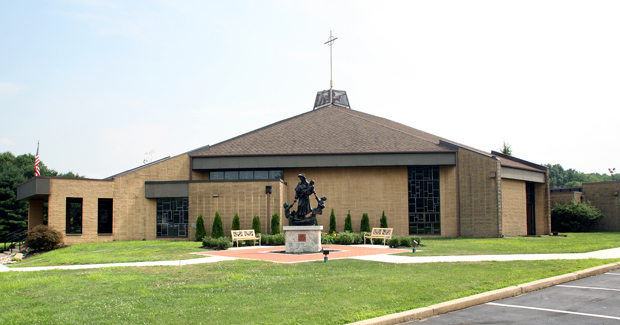 When some parishioners of St. Elizabeth Ann Seton Parish in Bensalem learned in 2014 that their parish would merge with nearby St. Thomas of Aquinas Parish at its Croydon campus, they didn’t take it lightly.

They appealed the merger under church law and their case went all the way to the Vatican. And that is where it has ended.

A letter dated April 20 by Cardinal Benjamino Stella, head of the Holy See’s Congregation for Clergy which handled the appeal, has confirmed the merger and denied the parishioners’ appeal.

His letter to Archbishop Charles Chaput said those making their appeal for St. Elizabeth’s have also been contacted and “have been encouraged to cooperate” with the archbishop “in building up the Body of Christ in the Archdiocese of Philadelphia.”

While St. Elizabeth’s no longer exists as a parish and all assets and liabilities were assumed by St. Thomas Aquinas, St. Elizabeth Church still functions as a worship site of the parish.

The pastor, Father David Fernandes, celebrates the 9 a.m. Mass each Sunday morning at St. Elizabeth’s, a parish staffer confirmed, in addition to weekend Masses at St. Thomas. The two churches are located only little more than a mile apart, across I-95 in lower Bucks County. 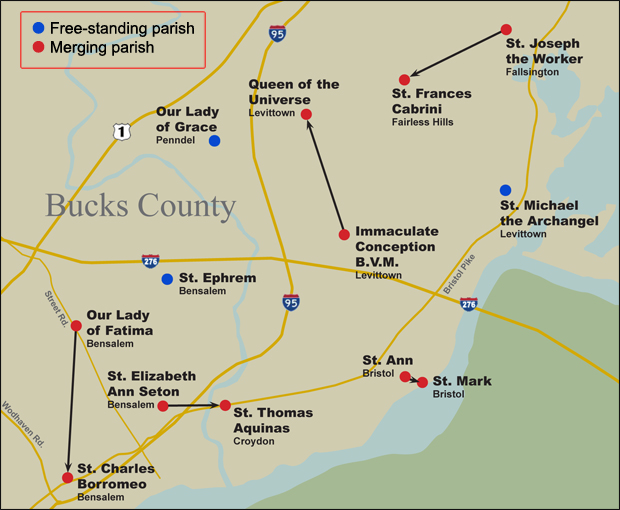 The result of parish mergers in lower Bucks County in 2014 — click image to enlarge. (Graphic by Barb Hagan)

The merger of St. Elizabeth and St. Thomas followed the course as all such mergers in the archdiocese’s pastoral planning process, which began in 2010. Plans concerning potential closures or mergers of parishes are presented by the pastors and parish leaders in a given geographic area, studied with the archdiocesan Strategic Planning Committee, submitted for consultation and approval of the archdiocesan Council of Priests and finally presented to Archbishop Chaput, who makes the final decision on the plan.

Church (canon) law allows for parishioners to appeal decisions to close or consolidate a parish. The canonical review mainly considers whether church legal process has been properly followed with respect to all parties.

In the three-page decree accompanying Cardinal Stella’s letter, the Congregation for Clergy determined in its review of the case that the “minimal standard” for assessing the factors affecting the parishes “was studied with diligence by the officials of the archdiocese.”

In the end the consultative nature of the pastoral planning process in the Philadelphia Archdiocese precluded a reversal of the decision to merge the parishes.

In the language of the decree: “(W)ith regard to the extinctive union (c. 515 §2) of the Parish of St. Elizabeth Ann Seton, Bensalem, Pennsylvania, into the parish of the St. Thomas Aquinas, Croyden, this recourse as presented is denied….”

The decree stated its confidence in the pastoral planning process that intends to examine all 219 parishes of the archdiocese, and that Archbishop Chaput “truly believes that such a reorganization is needed and hopes that it will have a positive impact on parish life in the years ahead.”

But the decree did leave open one last possible appeal before the Supreme Tribunal of the Apostolic Signatura, the Catholic Church’s equivalent of the U.S. Supreme Court.

It is not known whether such a recourse will be made.

St. Thomas Aquinas Parish had 3,531 registered parishioners and 1,343 households under the care of one priest in 2014, the latest available data.