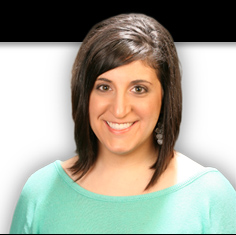 A Facebook post by Tampa Bay Times reporter Arleen Spenceley on the topic “Doesn’t everyone do it these days?” caught the attention of Jacinta Florence in the Philadelphia area.

Florence, a second-year missionary for Generation Life, learned more about Spenceley and invited her to talk about an issue that is a concern for many of her peers: chastity.

Spenceley’s talk April 15 on her witness as a virgin drew about 70 Catholic young adults with Generation Life to Msgr. Schuyler Council Knights of Columbus Hall in West Chester.

At age 26, Spenceley wrote a series of essays in 2012 called “Why I’m still a virgin” about her practice of chastity and her Catholic faith.

“The decision made me counter-cultural as a way to educate the public,” she said. Many of her colleagues in journalism, she said, respected her decision to touch on a topic that has become a cliché to many people.

Within 30 minutes of her Facebook post, Spenceley said she “struck chords and nerves” with her readers over her faithful witness in the practice of chastity.

“No matter our vocation, we are called to be chaste,” she said at the Generation Life talk. “Culture may tell us that we don’t have to practice chastity; our faith requires us to go against the grain. You can start practicing chastity today.”

After speaking briefly about her life and how she sparked and challenged many people, Spenceley took time to field questions from those in attendance.

When asked how young people can practice chastity, she suggested, “we commit or recommit ourselves to Jesus, read the Bible and catechism, and receive God’s mercy through reconciliation.”

The best way to be counter-cultural is to “surround yourself with like-minded people who can build your moral compass and encourage you to live out your faith,” she said.

Spenceley talked about the importance of evangelizing others when she shared a story about her flight to Philadelphia along with members of her local arena football team, the Tampa Bay Storm. After her conversation with one player who talked about moving in with his girlfriend, Spenceley gave him a copy of her book, “Chastity is for Lovers.”

“God wants you to plant the seeds that can evangelize strangers, friends and even family,” Spenceley said. “People can tell you’re in a relationship with Christ. Pray, don’t debate, and answer gently and present the truth effectively and respectfully.”

Katherine Hopkins, a freshman at Villanova University who attended the talk, also knows what it’s like to be Catholic and surrounded by people who she is crazy for being a virgin.

“Arleen sends a great message to Catholic youth and it is important to discuss it with peers,” Hopkins said. “It is important to not be afraid to live your faith loudly by building your community on truth, especially those who need to hear it.”

“We are called to live out our faith,” he said. “The best way is to live it loudly by our own example.”

Not only did the gathering bring people from around the West Chester and Philadelphia area, but it brought Peter Sanchez, a parishioner from St. Peter’s in Merchantville, N.J. He didn’t know much about Spenceley leading up to the event but after attending he thinks she is “a courageous witness to the faith and I admire how she lives her life.”

Going forward, Sanchez said he hopes he can stand up for his faith like Spenceley.