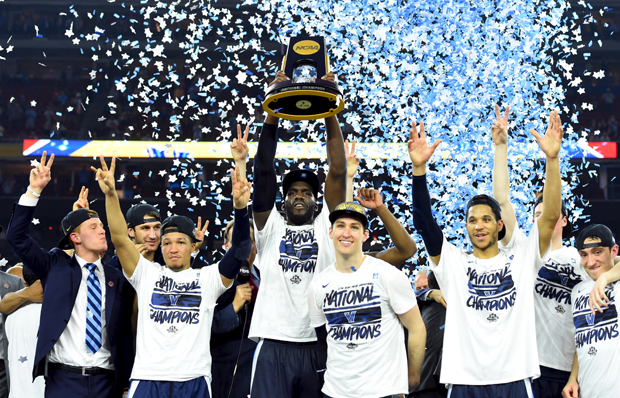 Villanova’s men’s basketball team kept fans on their edge of their seats all night, and on their feet into the early morning hours, after the Wildcats turned in what may be the greatest national championship victory in history March 4 in Houston.

Topping favored North Carolina 77-74, thanks to a last-second three-point shot at the final buzzer by junior forward Kris Jenkins, the Wildcats won their second national title since 1985.

Villanova relied on balanced scoring, strong contributions from bench players and especially a stifling defense that frustrated North Carolina all night. The Wildcats held slim leads for much of the game.

The Tar Heels led to start the second half but despite falling behind Villanova by as much as 10 points, clawed back and tied the game at 74 apiece with an off-balance three-point field goal with just under five seconds to play.

While North Carolina expected that heroic shot to send the game into overtime, senior guard Ryan Arcidiacono pushed the ball up the floor and found his open teammate Jenkins with about 3 seconds left.

Jenkins’ shot passed through the net with no time remaining, and the Wildcats erupted onto the court amid a raucous outpouring of streamers, confetti, tears of joy and, moments later, the NCAA championship trophy, hoisted proudly in their outstretched arms. 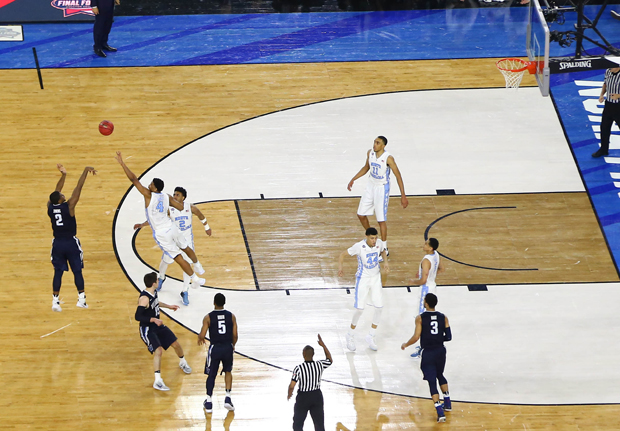