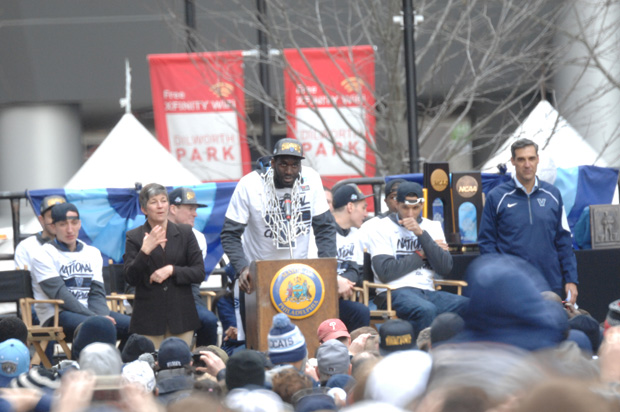 Thousands of fans of the Villanova Wildcats came out to center city Philadelphia for a victory parade Friday, April 8 to celebrate the men’s basketball team’s national championship which they captured in dramatic fashion in Houston on April 4. Read more about the last-second heroics of the historic win — the first basketball championship for Villanova since 1985 — and more about the team here. (Photos by D’Mont Reese) 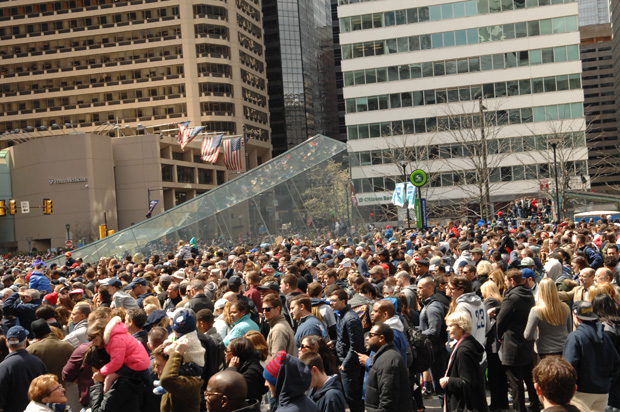 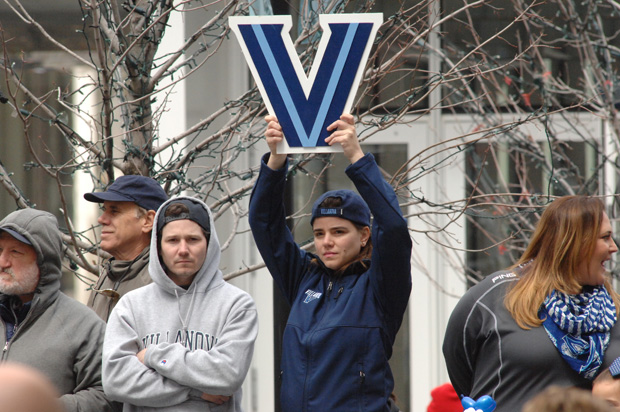 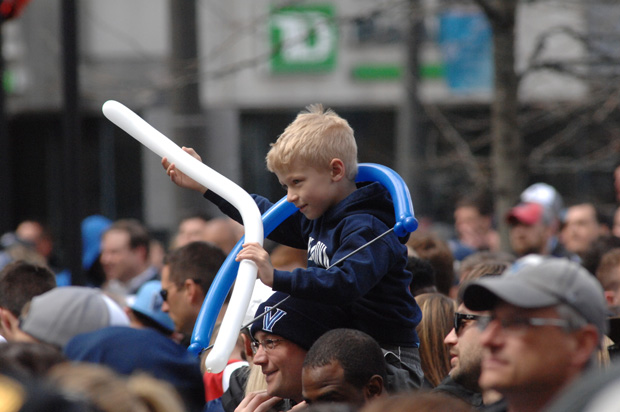 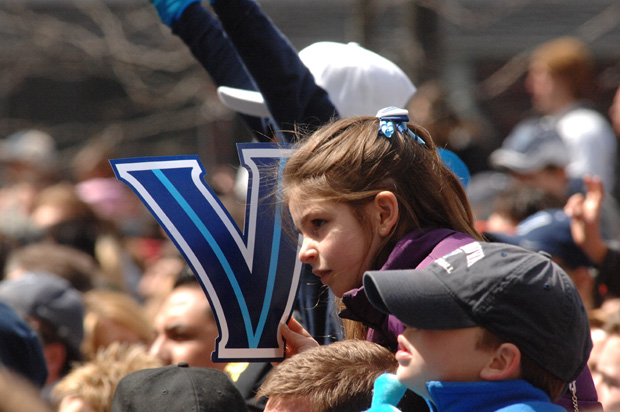 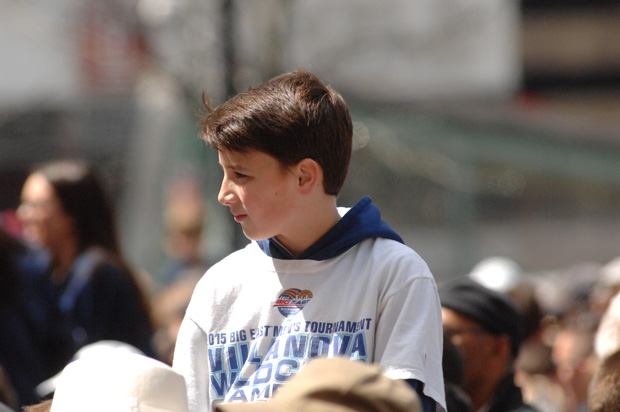 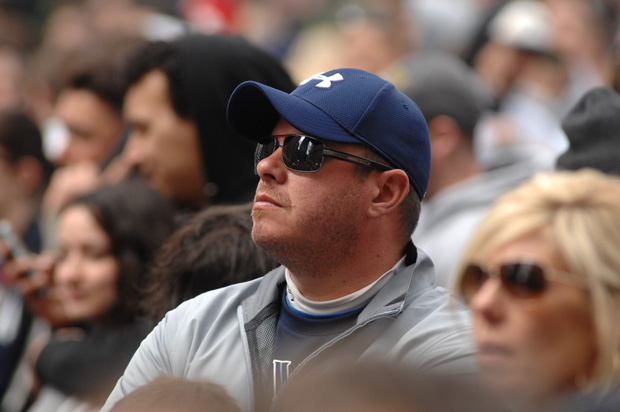 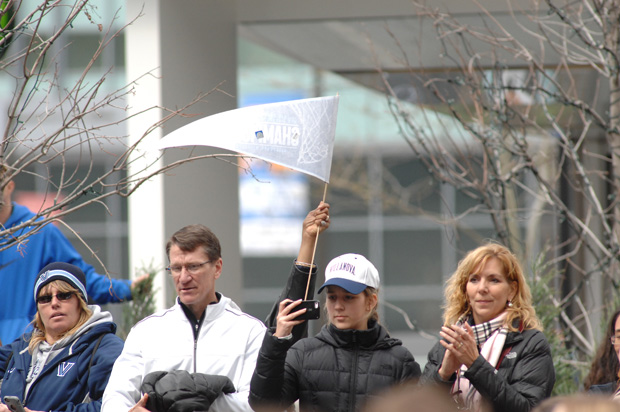 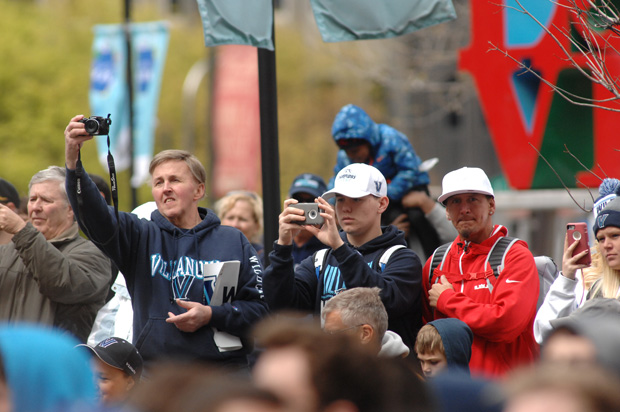 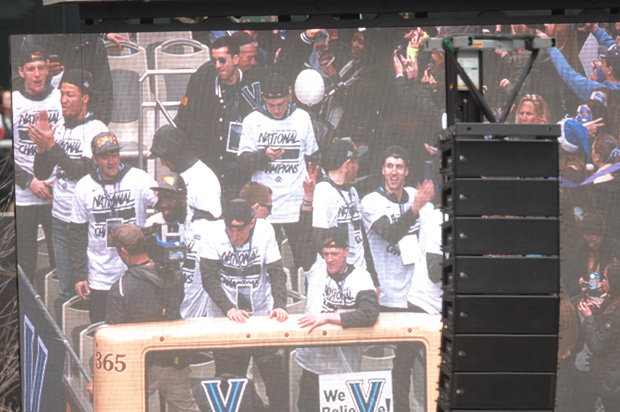 A big-screen TV keeps fans at City Hall in view of the parade as it made its way with players on flat-bed trucks down Market Street in Philadelphia. 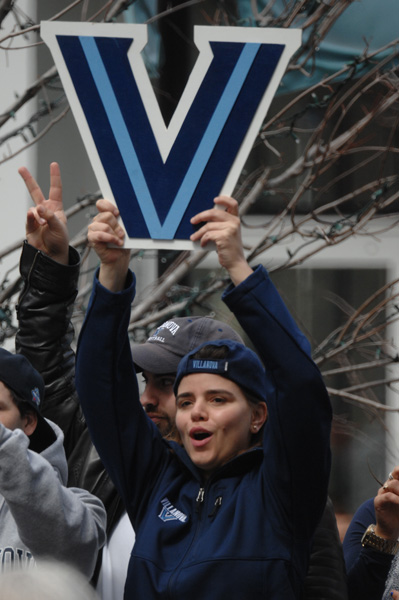 “V” is for Villanova — and victory.

Senior co-captain and center Daniel Ochefu speaks to the crowd with a souvenir of his own — the net that he and teammates cut down from the rim at Houston after winning the NCAA national men’s basketball championship with a last-second 77-74 victory over North Carolina. Villanova coach Jay Wright admires the crowd and savors the moment, at right. 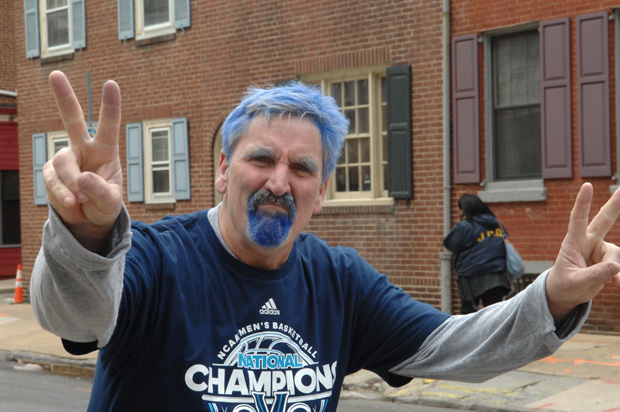 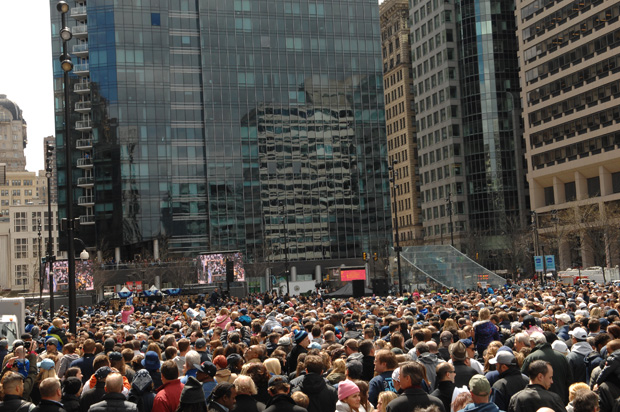 NEXT: Across the Aisles: Our Lady of Guadalupe Parish