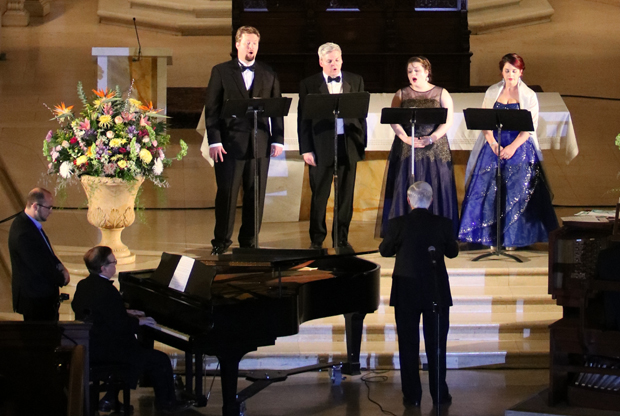 All funds raised through the concert will support the seminary’s Spirituality Year Program. As part of the seminary’s priestly formation program, the year ordinarily follows a seminarian’s college graduation and offers intensive spiritual preparation and direction for the development of a rich internal life of prayer. (Photos by Bob Kelly) 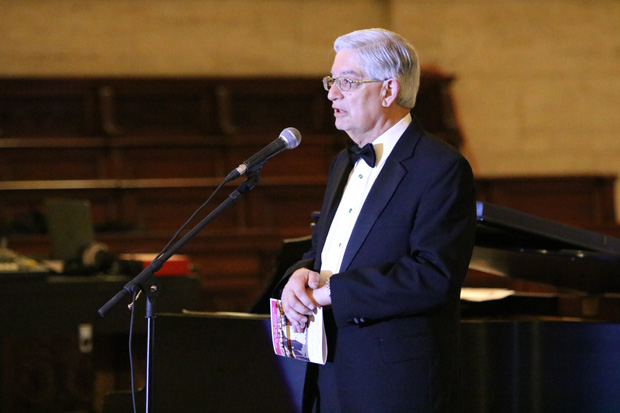 Rudolph Lucente speaks to the guests at the concert. 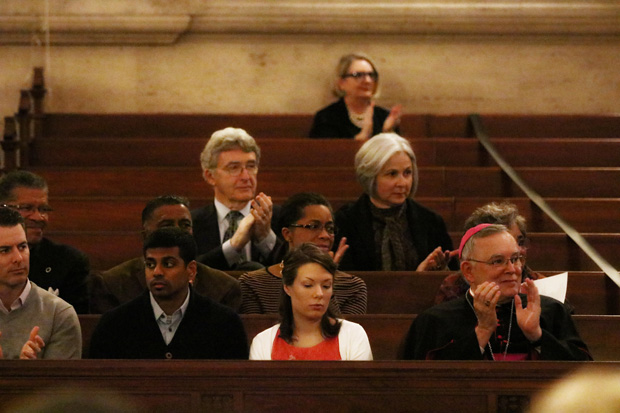 Guests at the concert, including Archbishop Charles Chaput, appreciate the performance. 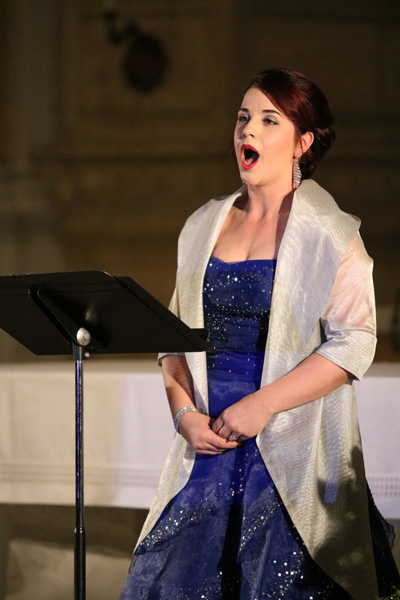 Vocalist Amanda Frederick performs a solo during the concert. 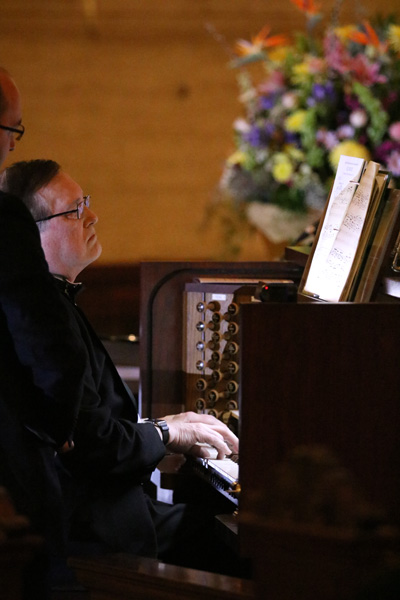 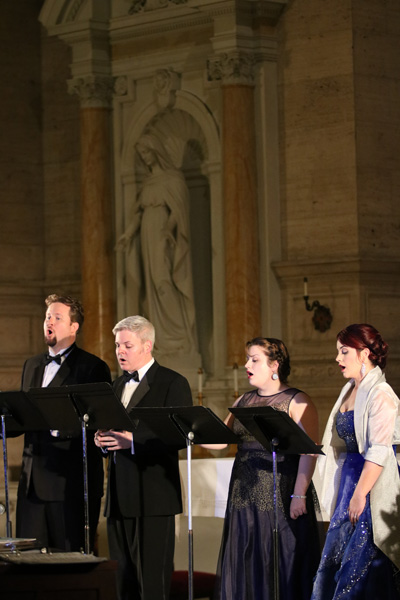 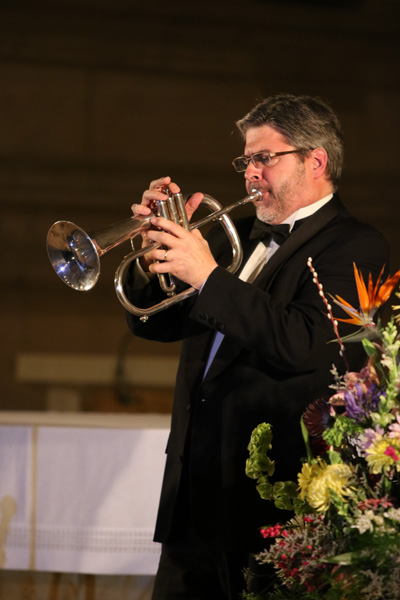 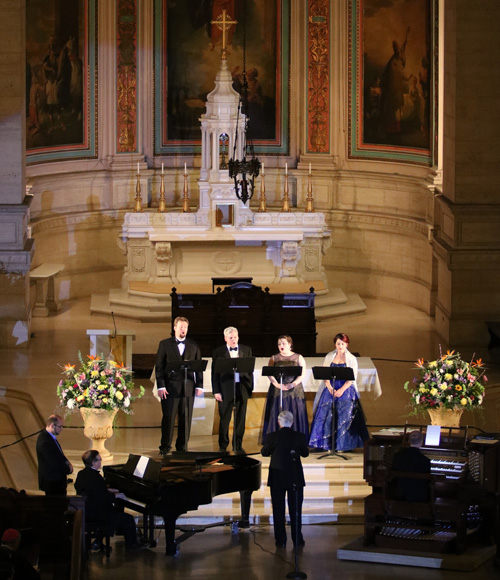 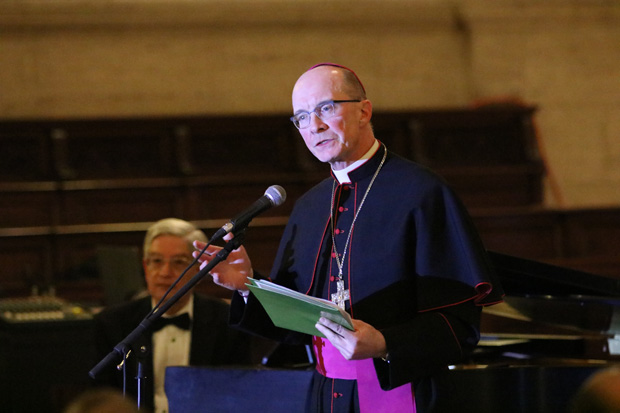