Those who exploit for cheap labor are bloodsucking leeches, pope says 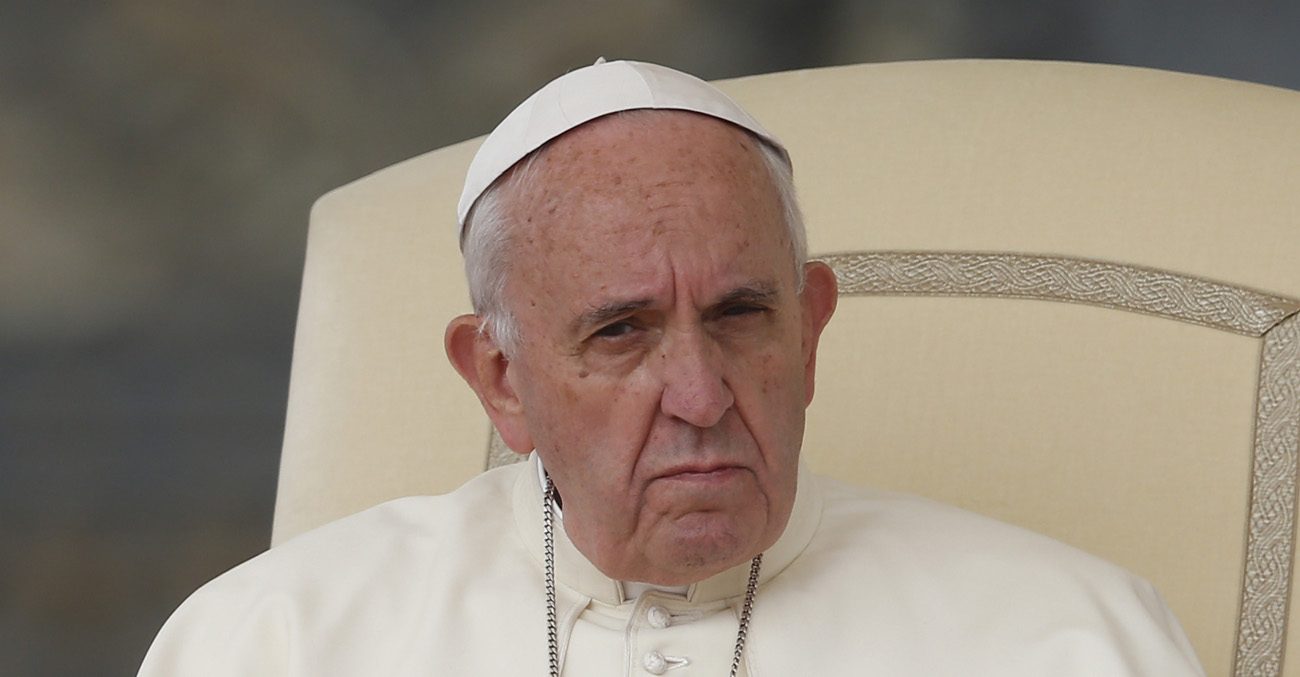 Pope Francis looks on during his general audience in St. Peter's Square at the Vatican May 11. (CNS photo/Paul Haring)

“Those who do this are true leeches and live off the bloodletting of people whom they have made to work as slaves,” the pope said May 19 during the Mass in the chapel of the Domus Sanctae Marthae.

The pope’s homily centered on the day’s first reading from the Letter of St. James (5:1-6) in which the apostle denounces those who have gained their wealth from “the wages you withheld from the workers.”

Although wealth in and of itself isn’t bad, the pope said the real problem comes when one’s heart becomes attached to riches, particularly those who believe in the “theology of prosperity” that stems from the belief that God offers financial blessings to the just.

The attachment to wealth can instead become “chains that take away the freedom to follow Jesus,” he said.

Pope Francis lamented that even today, there is a so-called “civilized” exploitation by those who “become fat in wealth” by forcing others to work in unjust conditions with no vacation, health insurance or dignified work hours.

The pope recalled a conversation he had with a young woman who worked 11 hours a day to earn 650 euro a month under the table, saying that such exploitation “today is true slavery.”

Recalling the Gospel parable of the rich man and Lazarus, Pope Francis said the “civilized” exploitation of people is worse than the sin of the rich man who “was in his own world” and “did not notice that on the other side of the door of his house, there was someone who was hungry.”

Knowing that one’s actions are depriving others “is worse — this is starving the people with their work for my own profit! (This is) living off the blood of people. And this is a mortal sin. It is a mortal sin. Converting from this sin requires a lot of penance, a lot of restitution,” he said.

Pope Francis called on Christians to reflect on the tragedy of human trafficking and those who become wealthy by forcing others to work in undignified conditions.

In the day’s Gospel reading, he noted, Jesus assures those who are generous “will surely not lose” their reward.

“May the Lord make us understand today that simplicity which Jesus tells us about in today’s Gospel: A glass of water in the name of Christ is more important than all the wealth accumulated through the exploitation of people,” the pope said.

NEXT: Readings of the holy Mass – Solemnity of the Most Holy Trinity