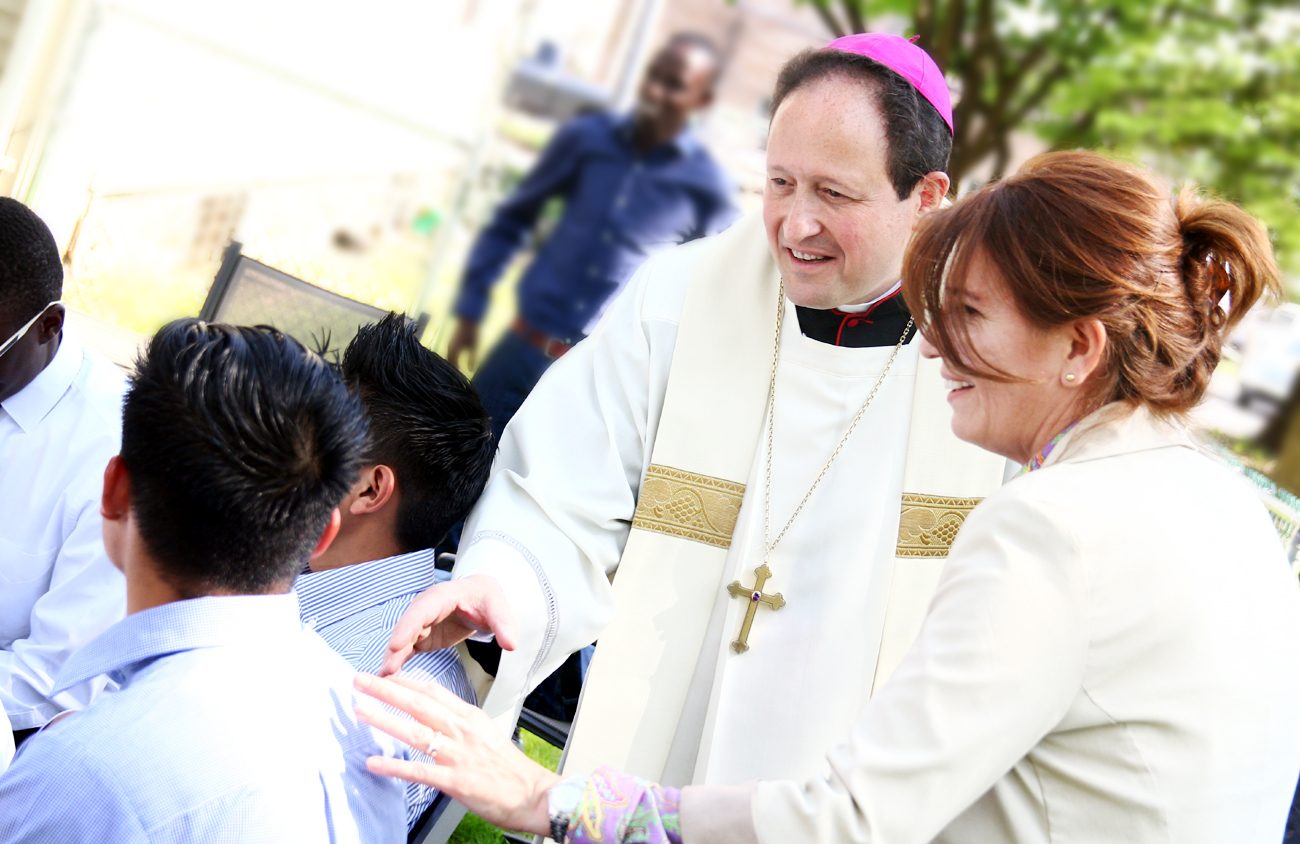 Bishop John McIntyre gets to know some of the young men staying at Blessed Oscar Romero House, with the help of an aide for the program, which resettles refugee minors in Bensalem. (Photo by Sarah Webb) 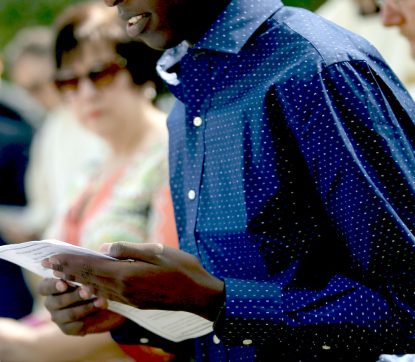 One of the nine current residents of Romero House, which can accommodate up to 12 refugee minors, follows along to the blessing ceremony for the facility. (Sarah Webb)

It is located on Bristol Pike in Bensalem and it can house up to 12 young men who are unaccompanied refugees to the United States and under 18 at time of admittance.

At this time the nine youths in residence are for the most part from countries in upheaval in Central Africa and Central America, which is appropriate, considering the house is named for Blessed Oscar Romero, who was Archbishop of San Salvador and martyred in the cause of social justice in El Salvador in 1980.

“These young men have gone through very traumatic moments in their lives to come to this country to enjoy what most of us have grown up with and enjoyed all of our lives,” Bishop McIntyre said in his remarks. He exhorted those assembled to “Ask the Lord to further stir up in our hearts that beautiful gift of charity that he gives to each one of us.”

Romero House is operating under the umbrella of Bensalem-based St. Francis-St. Vincent Homes for Children, and as a matter of fact it is located in what at one time was Bridgewater House, a group home of the St. Francis system.

(See an earlier related story on the home and a previous photo gallery.)

In some ways Romero House hearkens back to the founding days of another institution that folded into St. Francis-St. Vincent. In 1888 Father Eugene McElhone established St. Joseph’s House for Homeless Industrious Boys, often gathering in young boys living on the streets, surviving on the pennies they earned hawking newspapers.

The circumstances were every bit as dire if not more so for the young men now at Romero House. In this case, archdiocesan Catholic Social Services, working through Lutheran Children and Family Service, has been assigned these young men through the program funded by the federal government.

All of the boys have been granted legal status because they have no families to be returned to, or the situation in their home country is too dangerous for them to be sent back, according to James Logan, the administrator of St. Francis-St. Vincent.

All of them attend nearby Bensalem High School, learning English skills along with the regular secondary school curriculum. 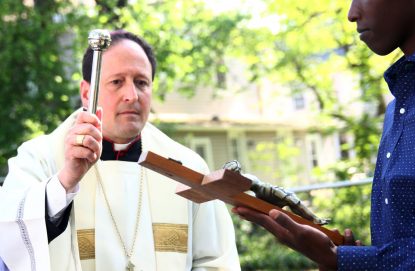 “All of the guys,” Logan has noticed, “are extremely grateful to be here.”

One resident, “Antonio,” is from El Salvador and said he has been in the United States for a year and a half. He wants to become an American citizen and have a career maybe as an auto mechanic or a chef running a little restaurant, two of his interests.

“Peter,” who arrived from Kenya four months ago, said through the help of an interpreter that life was very dangerous in his home country and here it is fine. As for his future, “I want to be an engineer,” he said.

Integration into the surrounding community has gone well. Some of the young men attend Mass at nearby St. Charles Borromeo Church, according to Msgr. Edward Deliman, the pastor, who was at the ceremony.

“They are very well received. The people recognize this as a positive move on the part of the church to do what we are doing,” he said.

Long-time state Rep. Gene DiGirolamo, representing the Bensalem area, seconded that. “It is a beautiful home for these young men who have fled their country, and it is in keeping with the spirit and compassion of the Catholic Church,” he said. 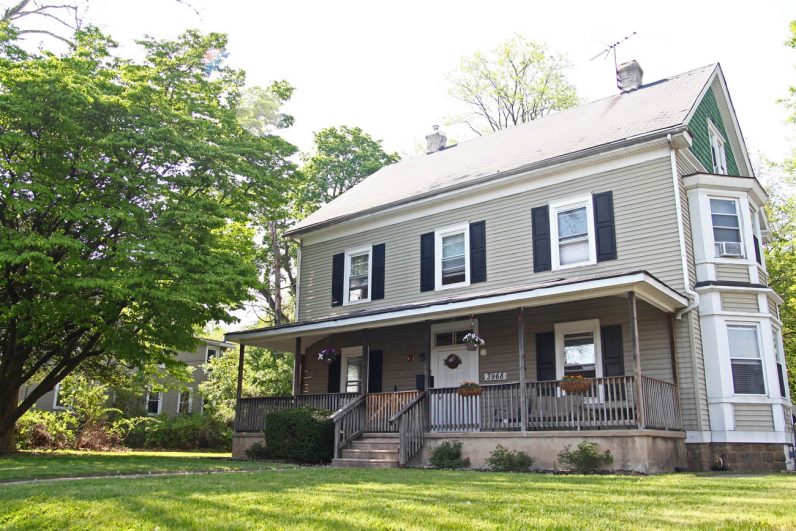 NEXT: Join Philadelphians for history as Mother Teresa becomes a saint