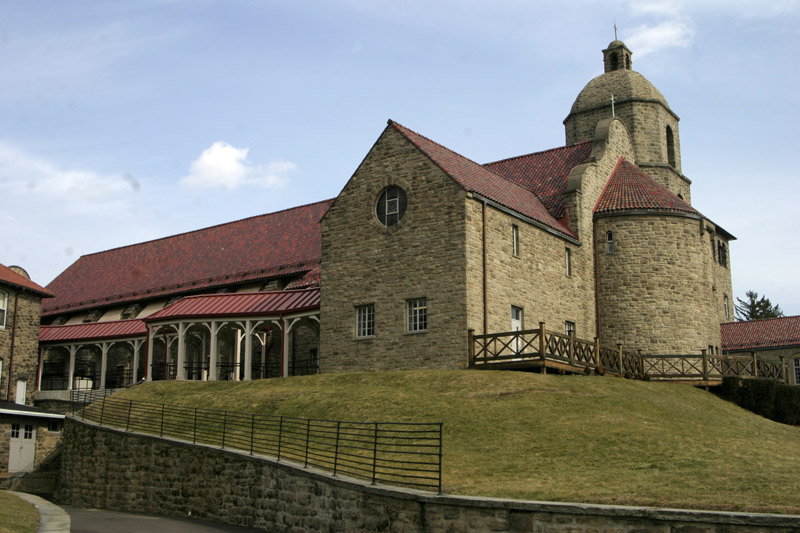 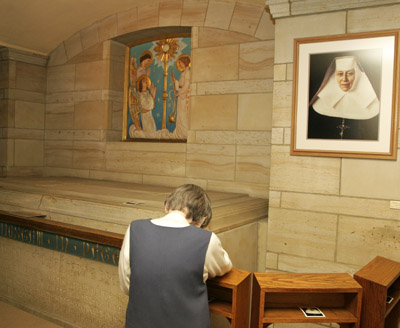 A Sister of the Blessed Sacrament prays before the tomb of the congregation’s foundress, St. Katharine Drexel, whose remains will be transferred to the Cathedral Basilica of SS. Peter and Paul in Philadelphia. (Sarah Webb)

At a future date, St. Katharine’s tomb will be moved to the Cathedral Basilica of SS. Peter and Paul in Philadelphia.

At the same time the congregation has placed for sale a 2,200 acre property in Virginia that was the location of two schools founded by St. Katharine and her sister, Louise Drexel Morrell.

Sister of the Blessed Sacrament Donna Breslin, the president of the congregation, said in a statement that a portion of the proceeds from the sale of the properties will support the care of retired sisters.

As her order prepares to celebrate its 125th anniversary this July, she said the sisters are also “serving some of the most vulnerable people in the United States, Haiti and Jamaica.”

Proceeds from the sale of the properties will be used “to challenge, in new ways, all forms of racism as well as the deeply rooted injustices in the world,” Sister Donna said.

The decision, according to the statement, will make it possible for the Sisters of the Blessed Sacrament to carry forward the vision and spirit of Mother Katharine Drexel, who left her prominent Philadelphia family to establish a religious order in 1891 with the primary purpose to minister to Native Americans and African Americans.

In a separate statement, Archbishop Charles Chaput voiced his support and prayers for the sisters at this time.

“I’m also happy to share that I have guaranteed archdiocesan support for the sisters as their plan unfolds over the next few years,” he said. “They’ve committed to keeping the national shrine open to visitors through at least 2017. When the time is right to do so, the remains of St. Katharine Drexel will be transferred to the care of the archdiocese and entombed in an appropriate location in the Cathedral Basilica of SS. Peter and Paul. It is both an honor and a blessing to accept this responsibility. We’ll also work collaboratively with the sisters to make sure their archival records are cared for appropriately within our archdiocese.” 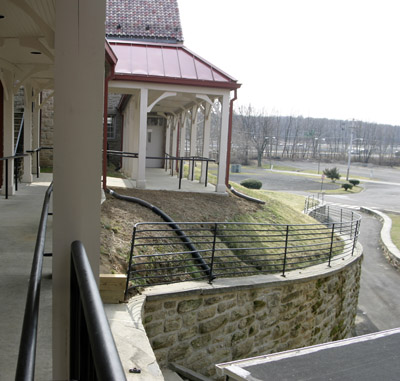 A view from the motherhouse shows the proximity of the Bensalem property along Route 13 and Interstate 95 to the rear. (Sarah Webb)

The Sisters of the Blessed Sacrament at their peak numbered about 600, but have dwindled at this time to 104 with more than half retired, living at the motherhouse. Most of the deceased members are buried on the Bensalem property as are the parents, sisters and brothers-in-law of St. Katharine and priests prominent in the congregation’s history. The statements did not address what will become of the cemeteries.

The area of the Cathedral Basilica suggested for St. Katharine’s tomb is near the altar dedicated to her located in the rear of the basilica. The altar was donated by St. Katharine and her sisters Elizabeth and Louise in memory of their parents, Francis and Emma Drexel.

St. Katharine Drexel was born Nov. 26, 1858 into Philadelphia’s wealthiest family. She left everything to found her congregation in 1891 and devoted her considerable fortune to the Native and African American missions.

She died March 3, 1955 and was canonized Oct. 1, 2000. The Cathedral Basilica of SS. Peter and Paul where she will now be entombed was the site of her funeral Mass.

The Bensalem property that contains 10 buildings was also the site of the former Holy Providence School a small residential school.

The Sisters of the Blessed Sacrament have retained Plante Moran REIA as its exclusive real estate adviser to manage the disposition of the two properties.

A panoramic view shows the interior of St. Elizabeth Convent, the motherhouse of the Sisters of the Blessed Sacrament where St. Katharine Drexel prayed, during her feast day Mass March 6, 2016. (Sarah Webb)