He helps Vietnamese navigate the strange new land of America 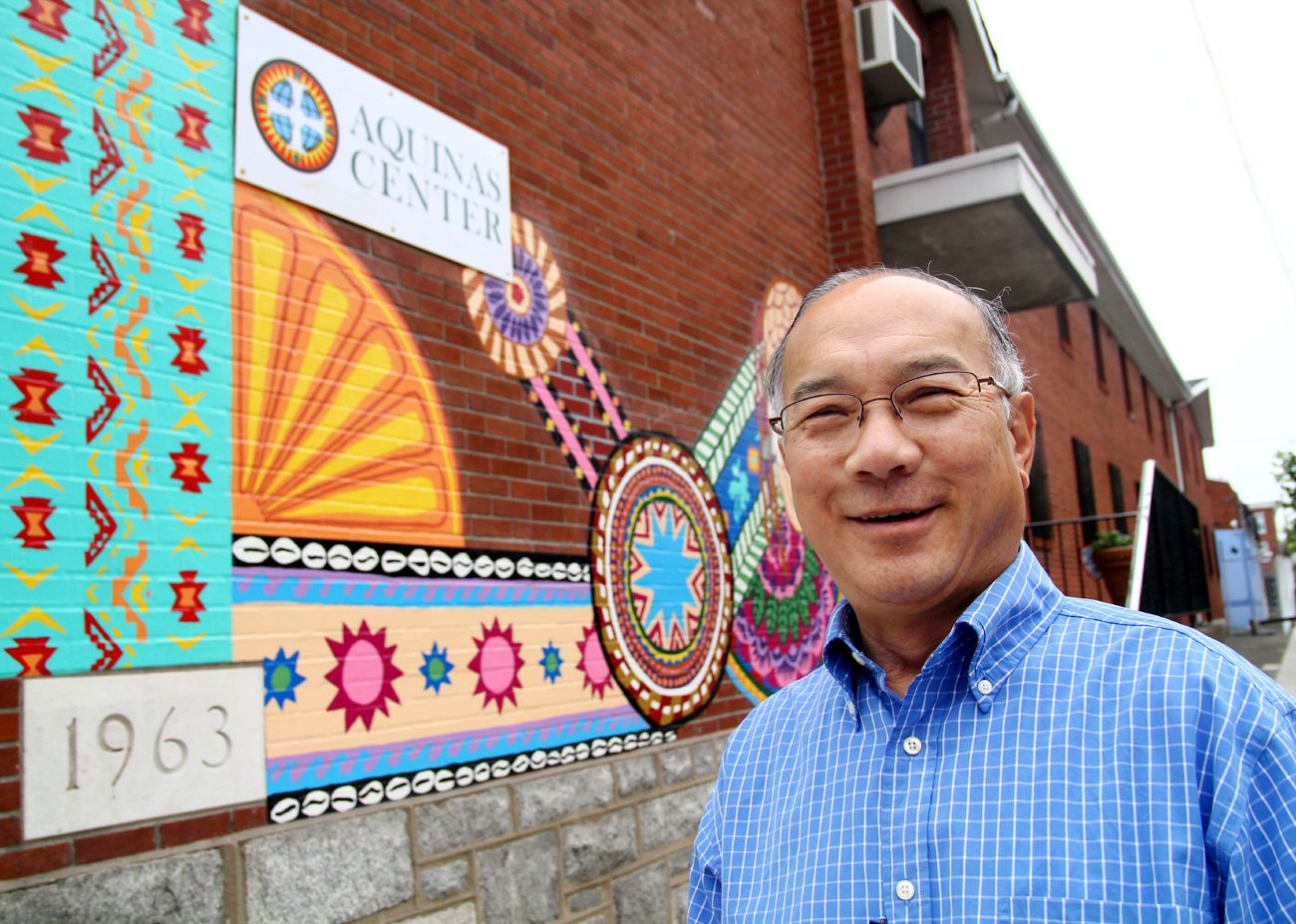 Chinh Dinh received a Community Leader Award from South Philadelphia’s Aquinas Center, seen behind him, on May 7. He has helped his Vietnamese compatriots in this region for more than 30 years from St. Thomas Aquinas Parish. (Photo by Sarah Webb) 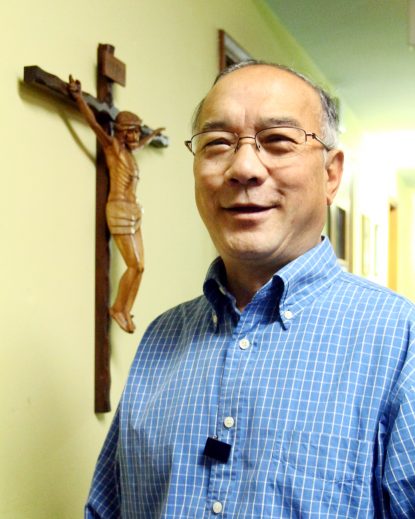 When Chinh Dinh was given a Community Leader Award by South Philadelphia’s Aquinas Center on May 7, it was just the latest recognition among a number of honors presented to him for his work to help the Vietnamese immigrant community in the Philadelphia region.

Dinh came to the United States as a refugee from Vietnam as what could be called a boat person, but not in the usual sense. He was 26 and a junior officer in the South Vietnamese Navy in 1975 when Saigon fell to the communists. He was evacuated on a Vietnamese Navy ship that sailed to Subic Bay in the Philippines and was voluntarily turned over to the U.S. Navy.

From there he was taken to Guam where he remained for two months before being flown to America and the Fort Indiantown Gap army base in Lebanon County, where he stayed until being sponsored by a Vietnamese family in St. Alphonsus Parish, Maple Glen.

Because he’d studied English in high school, language was not a great barrier. Dinh enrolled at Penn State University where he received a degree in mechanical engineering in 1981. With that he began a career at the Philadelphia Naval Base and the Naval Surface War Center from which he recently retired.

He also settled in St. Thomas Aquinas Parish in South Philadelphia, where he became very active in the Vietnamese apostolate.

“I was married in Vietnam and could not bring my wife, Quy, and 16-month-old son,” Dinh said. “I was able to sponsor them in 1984 and we were reunited.”

Today he is active as a lay leader at St. Thomas and the parish-based Aquinas Center, and a great deal of his work centers around teaching in the ESL (English as a Second Language) program, translating for some of the older people and assisting Father Joseph Dinh (no relation) in catechesis.

Of course many of the people who need assistance are not Catholic, because for most Vietnamese, Buddhism or ancestor worship is their religion.

For his own part, helping others adjust to this strange new country is very important. Let’s face it, not only is the language different but so are the customs.

For himself, American food was at first a challenge, especially spaghetti and spaghetti sauce, two South Philadelphia staples. “Now I eat spaghetti and pizza too,” he said.

Dinh’s own family has become fairly enculturated. His sons, one born in Vietnam, the other in America, have adopted western names — Danny, who married a Vietnamese woman, and Christopher, whose wife is Filipino. Now there are also two thoroughly American grandchildren.

As the Vietnam War fades in memory, many former refugees are returning to their homeland for a visit. Dinh has no desire to do so, at least as long as the communist government remains.

Although not as many immigrants are coming from Vietnam in this generation there is still work to be done and Dinh is determined to continue doing it, even though he is retired from his daily job.

“I like to serve people and help people with whatever ability God has given me,” he said. “If I can use my abilities I will continue to do that.” 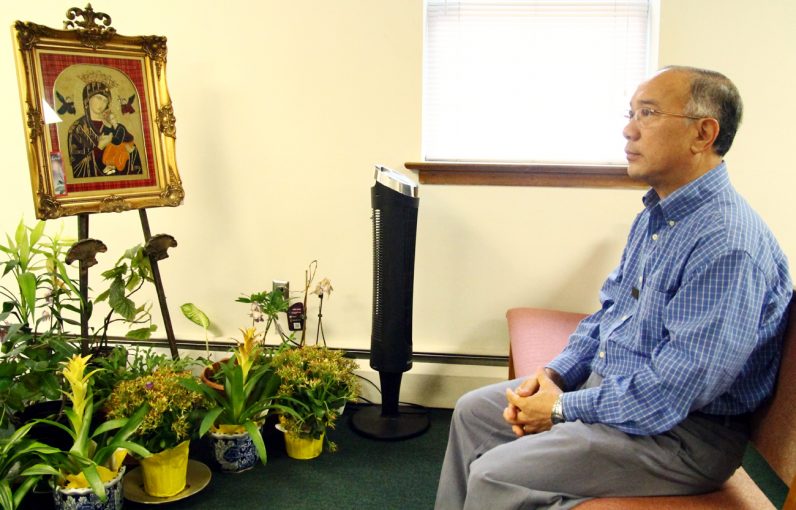 Chinh Dinh prays in the chapel at the Aquinas Center. (Sarah Webb)

NEXT: After 25 years, pastor loves parish ministry — and it shows